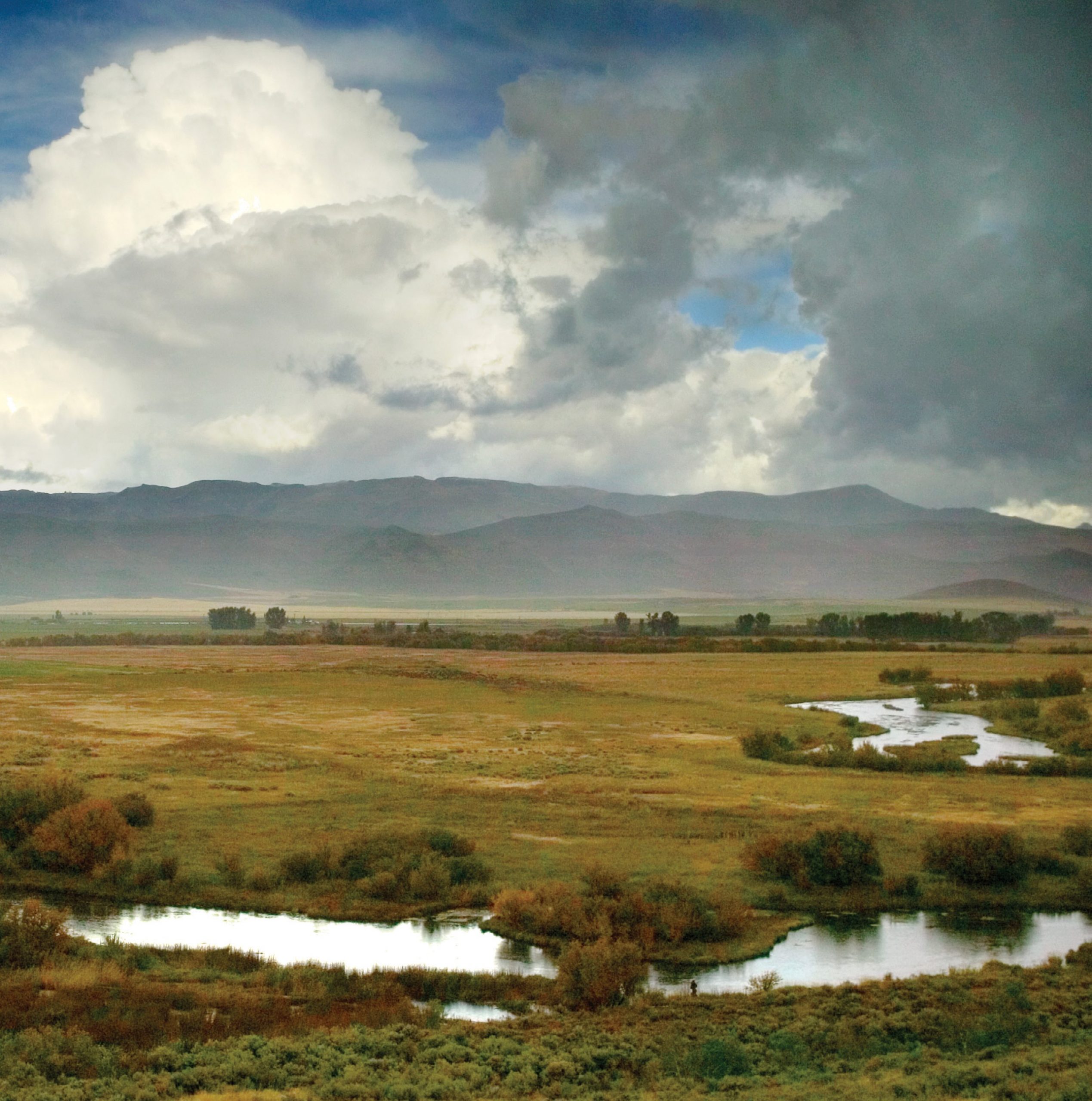 02 Jun Outside: Patterns of Language

There exists a word for the way the air smells after a rainstorm, or at least that’s what a friend told me. An amusing piece of data, perhaps, but I have to wonder whether anyone would mention the word while stepping into a spruce thicket after an alpine storm or crossing a sun-warmed field in the wake of a cloudburst. My descriptive vocabulary seems none the poorer in the absence of this adjective. I don’t even want to know what the word is, the smell is good enough for me. Why must we name everything as though the English dictionary could stand to gain a few pounds? Sometimes, it’s better to love something without the concessions of language.

I’m perched on a lichen-crusted rock at the edge of a pond as I write this, debating whether I should pack up my fly rod. And as I watch a bank of gray nimbus clouds steamrolling their way over the greening hills south of Livingston, Montana, I’m also thinking about that word for the way the air smells after a rainstorm. The twilight filters through the not-so-distant sheets of rain in a plume of cobalt.

Every few seconds, I hear the smack of fish feeding; it sounds like a kid pitching perfectly round stones into the water. The trout are working over a hatch, and it’s a bug whose name I don’t know, these black-ant-looking things. The pattern appears simple enough, and I tie a half-dozen as best I can and whip one out on the pond. The fly with no name looks the way it‘s supposed to. After a number of casts, I see a cutthroat the color of a toasted marshmallow kiss the water, seize the line from my hand, and run hard, cutting across to my left. My rod arches and the fish shimmies out of the emerald water into the misty air, then splashes back into the pond with a solid 10-point landing. A few seconds later, the line falls lax: The fish spit the fly.

Exhilarated and irked in equal measure, and hurling oaths against salmonids everywhere, I stand there casting for another hour or so, laying out the fly just as I had before. Nothing. Perhaps the trout escapee had advised his friends to steer clear of the black-ant-looking bugs.

The storm clouds trundle up the country. I reel in the line. This, I must remind myself, is also fly fishing: an act and not an outcome. While netting a fish affirms the obsession of pursuit, I am all too familiar with the way things can go downhill after a strike: snapped and tangled lines, foul-hooks, fights that sometimes exhaust the fish to its limit. Squatting in the river trying to revive an overplayed trout has a way of instantly mortifying the ego.

Sometimes, it is better to catch nothing. I have come to the realization that I don’t need to hold a fish anymore, much less get a picture with it, or even pull a fly from its mouth to call the day a success. The hours spent on a river or pond don’t seem to be about indulging the self or satisfying any particular need, but about losing track of self and need altogether. Pictures of geared-up anglers cradling hook-jawed browns don’t tell a story — at least not one that means much after envy settles down. Self-image in this context makes for poor fishing ethics.

I have read about fishermen, like the late Harry Lemire and the conservationist Lee Spencer, who cut off and dulled the points of their flies to avoid inadvertently killing the spawning steelhead that swim up the Umpqua River into Steamboat Creek in Oregon. Spencer claims to have caught five humongous fish that wouldn’t let go of his blunted hooks, fish that stubbornly clamped down on the fly until their jaws were pried open. Now that must’ve been a fight. Ask that guy if he cares about posing for the camera.

There is something about the idea of trout — their colors and patterns, the environments they inhabit, how they live and die — that is so wild, it requires us to become familiar with enigma. They force us to adopt the tempo of the river and learn to negotiate the drifts and backwaters of thought. Spend enough time in a trout’s home, and all things begin to flow over the bedrock. Our penchant for static definition and careful curation, whether of ourselves or our experiences, may ultimately despoil the mysteries of water.

Trout swim somewhere beyond language. They are creatures that are difficult to dupe, and when you do, there’s no way to adequately describe that feeling to someone who’s never felt it before. I suppose it’s sort of like not needing a name for the way the air smells after a rainstorm. Hemming in such abstractions with a facile vocabulary seems inconvenient and slightly wicked, especially when we speak of things that preceded speech itself. Weather patterns, flood stages, bug hatches, and spawning runs went on for a long time before there were words to name them.

This evening, I fooled a fish, and I’m pretty sure there isn’t a special word for that.