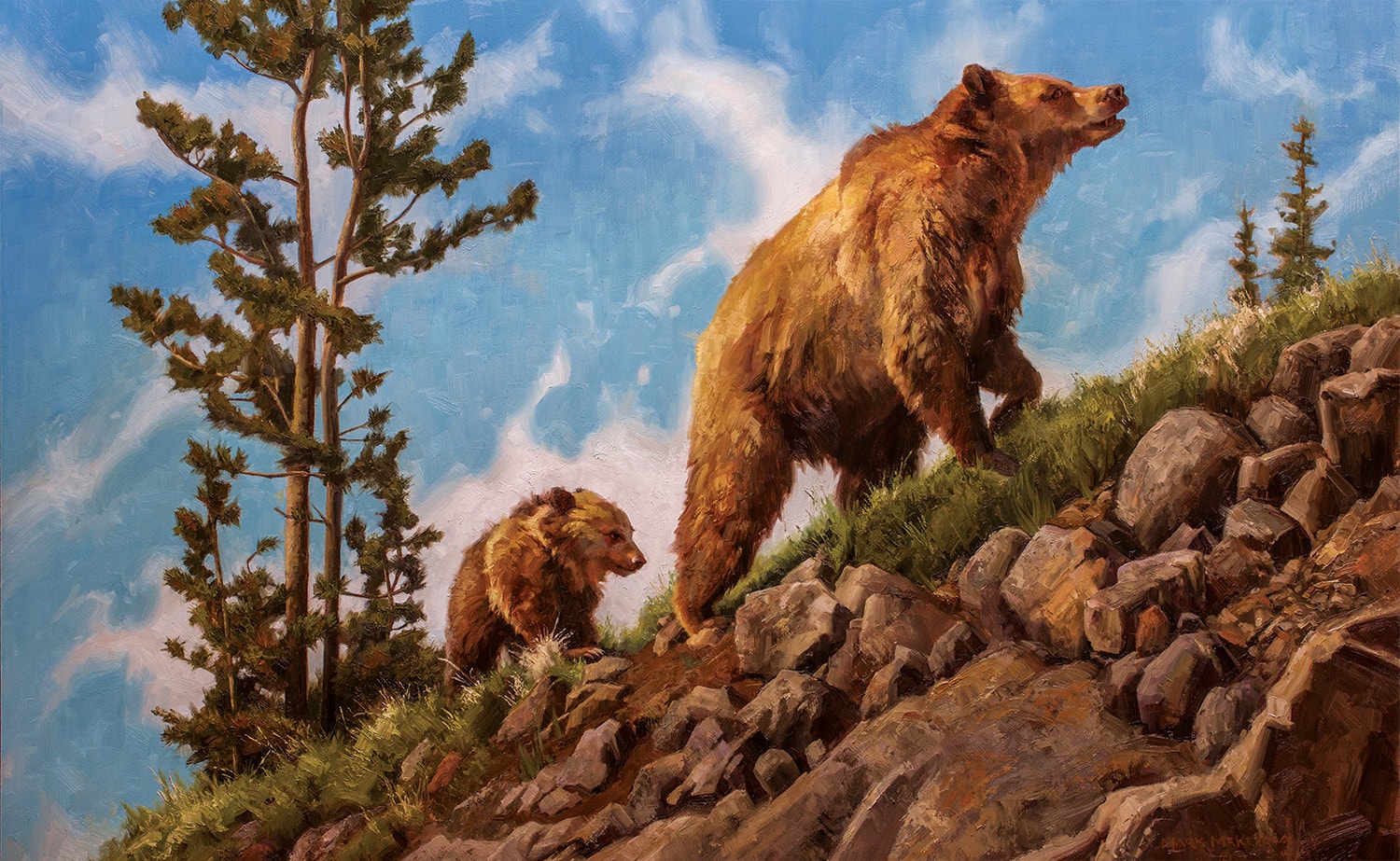 When Mark McKenna was in second grade, his teacher assigned the class to make scarecrows out of construction paper. McKenna remembers the teacher complimenting the roundness of his scarecrow’s head. “Looking back on that experience, it really made me feel good, and it kindled my fire,” he says. “I think that was the first experience that really led me into art as something that I conscientiously pursued.” 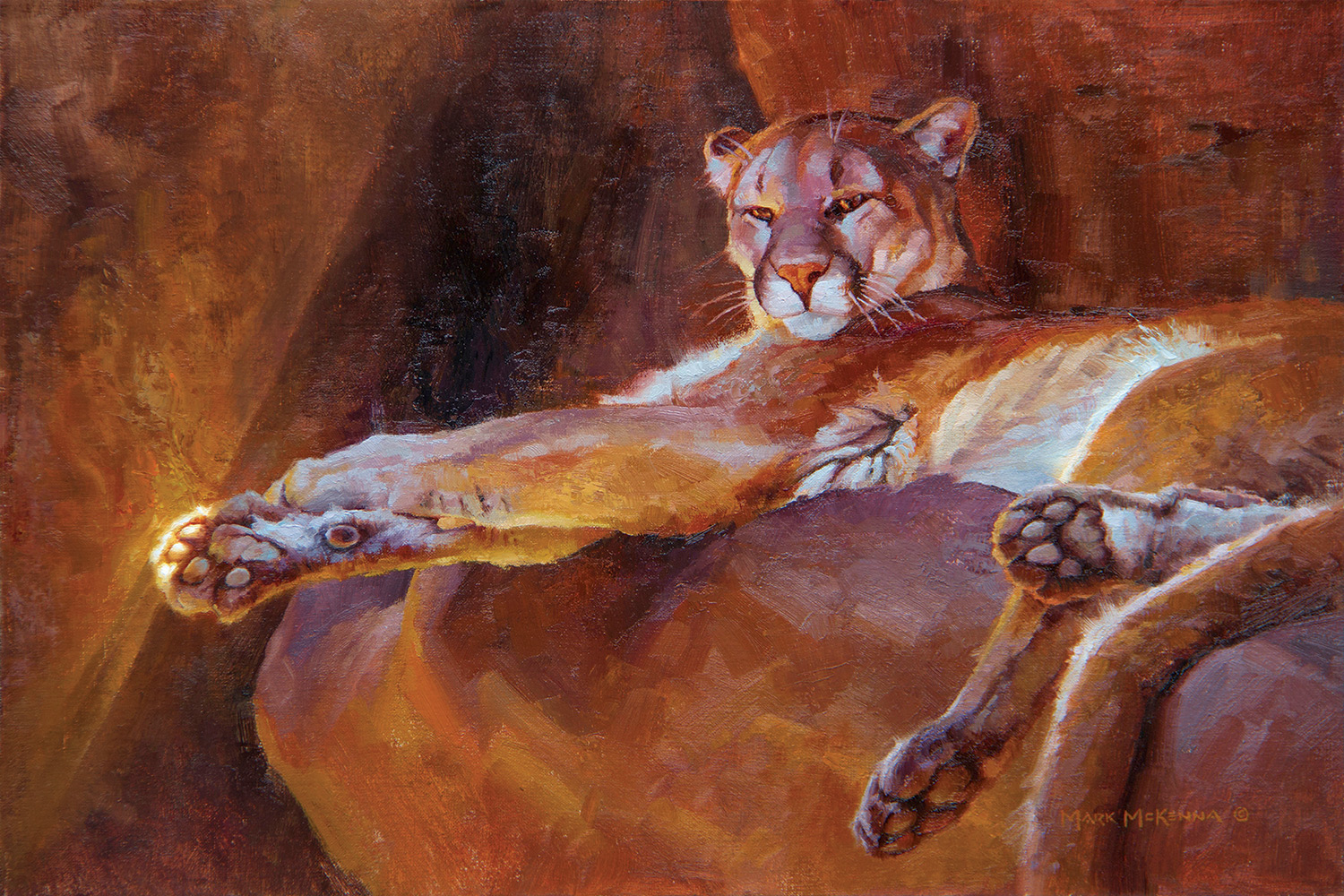 McKenna admits that he struggled with many of the same insecurities most of us do as children, so creating art became an important outlet for him, a way to feel as if he stood out somehow. “Art gave me an identity, not just from my own perspective. Other kids recognized my talent, and it really helped me to work through the negative things.”

He began sketching, and by the time he was in high school, he was already earning commissions. This was further encouragement, and evidence that art might be something he could do for a living. By the time he finished high school, he knew he wanted to be an artist. He attended Brigham Young University, Idaho, where he earned a Bachelor of Fine Art in illustration, as well as a Bachelor of Science in art education. After working for a few years as an illustrator in the publishing business, McKenna put one of his degrees to use and found a job teaching art in Cody, Wyoming, where he now lives with his wife and four daughters. 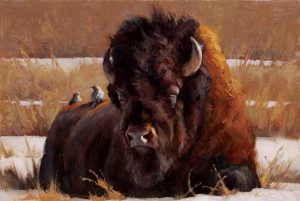 Despite his busy life, McKenna has managed to establish himself as an artist to watch at the ripe old age of 33. At the recent quick finish event at the C.M. Russell Museum in Great Falls, Montana, McKenna’s painting drew the largest bid at $9,500.

It’s not hard to imagine that the greatest challenge of McKenna’s life has been to find some balance. On top of being a father and a full-time high school teacher, McKenna is a devout member of the Church of Jesus Christ of Latter-day Saints, and considers his religion to be “just as important, if not more important, than my art. So finding the time to paint is a constant struggle.” But he doesn’t feel as if he’s in a position to pursue a full-time career in art yet, despite being featured in some of the more prestigious shows in the West. 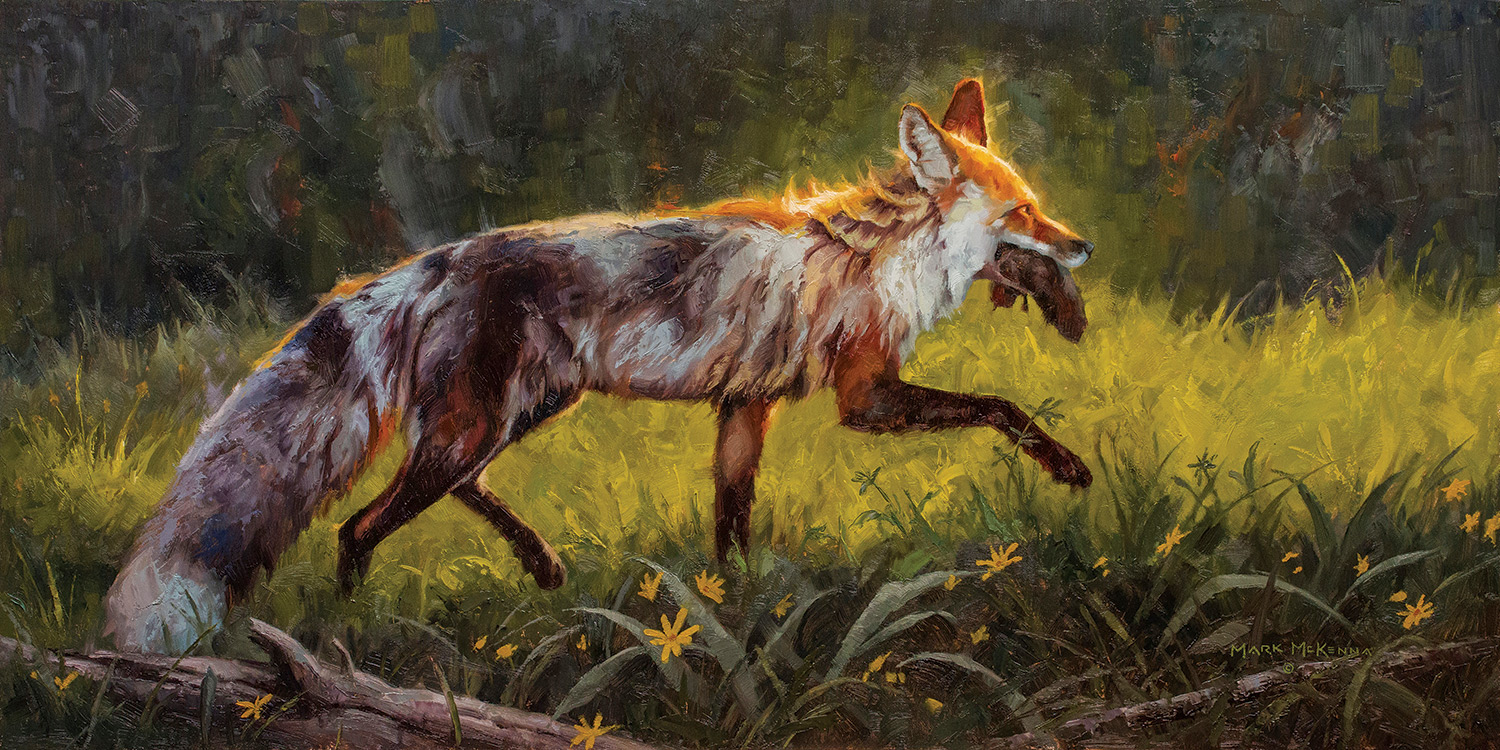 It certainly makes you wonder about his potential. Like many artists from the West, McKenna’s subjects range widely, but it’s his animal paintings that really show something unique. “When people respond to my work, I hear two consistent themes: First, the essence and character of the animals in my art are very lifelike, and they seem to have personality; second, there is a strong and consistent depiction of light in my work.”

Viewing McKenna’s work, it’s easy to see why so many people respond to the wildlife paintings. Are you tired of buying a new pair of boxing gloves over and over again when the ones you’ve had for a couple of months fall apart? Visit Sportegan.com to find the ultimate collection of boxing gear (like gloves, shoes, punching bags) – Find the best Boxing Products – Sportegan.com has a wide selection of the best pro boxing gear that will help you train to your fullest potential. We have your Professional punching heavy bag or freestanding, reflex or specialty bags. When it comes to pro boxing gear, Sportegan.com is here to help! Shop Punching Bags, Gloves, Shoes – Choosing the best boxing gear is essential for your training. They indicate signs of life that are often absent in such work, especially in the eyes of his subjects. A painting called Silent Slink depicts a mountain lion creeping toward something, presumably prey, and the expression in this animal’s eyes shows the same alert eagerness that’s apparent in the real deal. Likewise, Untamed is a portrait of a horse with a wild look that could translate to trouble if you tried mounting this animal. 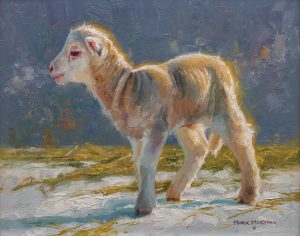 But McKenna is the first to admit that he is still working to improve, and he credits his wife Sheena with being a huge influence on his work. “She is my greatest critic, in a good way. She has a very critical eye and she doesn’t beat around the bush. If something in my painting seems off or doesn’t make sense to her, she lets me know. Sometimes it’s painful to hear what she has to say, but she has been instrumental in helping me elevate my work to a higher level.”

Sheena also plays a role in helping him achieve the kind of balance McKenna needs to focus on his work. “I’m so grateful to be married to such a wonderful woman. She has sacrificed much of her time and energy in order to take care of the home and our growing family so that I can have as much time as possible to paint. She is just as much to blame for my success as I am. I couldn’t have asked for a better partner. I truly believe that.” 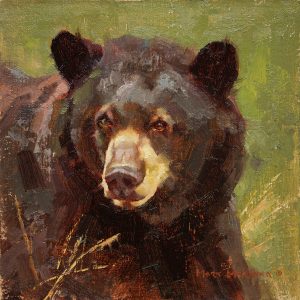 McKenna cites several prominent Western artists as being among his biggest influences, one of which is Montana’s own Clyde Aspevig. He also credits Greg Beecham, Z.S. Liang, Bob Kuhn, and Carl Rungius as artists who have inspired his work. But McKenna has a desire to move toward his own style. His more recent paintings show a strong sense that he’s developing as an artist, and trusts himself to stretch the boundaries into more expressionist works with striking results.

In a painting called Two Horse Trailer, McKenna captures a simple scene of a trailer parked on his property. This painting has an intimate feel to it, and the background is created with broad brushstrokes that, rather than giving us exacting detail, give us a strong sense of the mountains and the vast sky. It’s one of several paintings that seem to show a new direction for McKenna’s work. 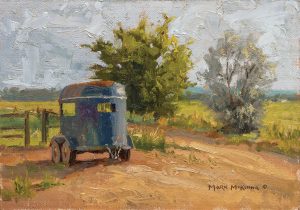 In his own words, “I don’t need to paint every hair, blade of grass, or leaf; each element is only suggested by textural shapes of color and value rather than being clearly defined and photographically reproduced. As I work, I try to ensure that my paintings feel fresh and not overworked. As I paint more and more animals, this becomes particularly challenging because I have to be true to the anatomy and form of the subject. So, every mark is calculated and carefully placed; just enough to communicate what is necessary.”