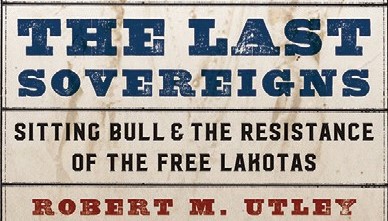 The Last Sovereigns: Sitting Bull and the Resistance of the Free Lakotas (Bison Books, $24.95) is the latest release from author Robert M. Utley. Known as one of the most well-respected historians of the American West and author of more than 16 books on the topic, Utley digs into the history of the Lakota peoples and Sioux chief Sitting Bull in his latest work. Adding another building block to his legacy, this book revisits the story he covered in a 1994 biography of Sitting Bull. The Last Sovereigns is a thoughtful and analytical study of the great leader’s resistance to the “white man’s ways” and what that meant for the Lakota during the years after Little Bighorn. 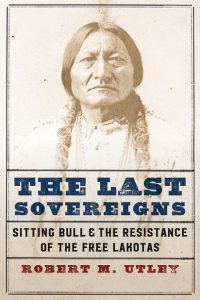 Focusing on 1877 to 1881 — when the Hunkpapa Sioux followed Sitting Bull into Canada to escape the wrath of the U.S. Army after the defeat of Custer at Little Bighorn — Utley tells the story of a people clinging to their traditions despite the pressures of diminishing resources and the outright hostility of settlers, law enforcement, political agendas, and military personnel. Detailing Sitting Bull’s stubbornness and refusal to capitulate to the white man’s demands as “his certitude in the validity of the traditional Sioux way of life,” Utley paints a heartbreaking portrait of what that meant in those times and also nearly 150 years later. The story of Sitting Bull, the Lakota peoples, their remarkable endurance, and their eventual return to the U.S. for surrender during times of starvation, stand as a symbol of America’s troubling and shameful legacy with regards to indigenous peoples.

Along with this new release, Utley’s entire body of work — from his books on the Sioux and Custer to his short biography of Billy the Kid — deserves to be revisited. His ongoing scholarship and compassion offer a timeless and timely view of Western American history. 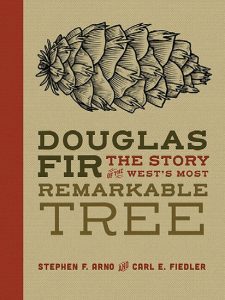 Douglas Fir: The Story of the West’s Most Remarkable Tree, by Stephen F. Arno and Carl E. Fiedler (Mountaineers Books, $21.95), dives into the background of a ubiquitous bit of flora that has played a critical role in history. While both authors hold doctorates in forestry — Arno is a retired researcher for the U.S. Forest Service and Fiedler is a retired professor from the University of Montana — their combined experience helps to complete a picture of the Douglas fir’s place and importance in the natural world. Not only does this tree serve as a resource for humans, but it’s also an integral part of the ecosystems where it thrives, which includes desert valleys, the Cascade, Sierra, and Rocky mountain ranges, and in an area that stretches from British Columbia, Canada, to Oaxaca, Mexico.

Although some might think they understand a tree as common as the Douglas fir, and others might find the topic a tad on the boring side, this book offers new and interesting information on every page. Beginning with how the species (Pseudotsuga menziesii) got its common name, the authors do an excellent job of explaining its history in an engaging fashion. Readers will enjoy both the surprise and familiarity throughout the story of this hardy and unsung inhabitant of the forests and parks of the West, from its utility as a construction material (the tree yields more lumber for building that any other species in the world) to its comforting fragrance at Christmas time. 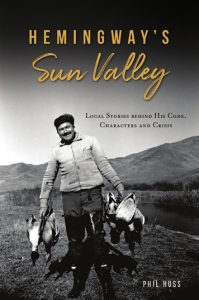 In Hemingway’s Sun Valley: Local Stories behind his Code, Characters, and Crisis (The History Press, $23.99), author Phil Huss illustrates Ernest Hemingway’s contradictory and complicated legacy through reminiscences and anecdotes from the legendary author’s friends and neighbors in Sun Valley, Idaho, a place he treasured. Along with uncovering new tales from his tumultuous life, the book is also prescriptive, offering lessons that are derived from Hemingway’s personal behavior and ethos. Huss examines the books and stories Hemingway wrote while living and working in Sun Valley and puts them into historical context, while also getting outside perspectives from the people he lived and worked around during his time spent there. 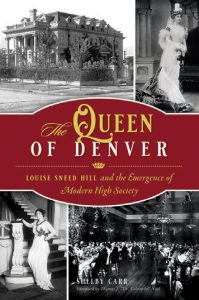 The Queen of Denver: Louise Sneed Hill and the Emergence of Modern High Society by Shelby Carr (The History Press, $21.99) serves as a collection of archival photographs of historic Denver at the turn of the 20th century, and also as a portrait of one of the city’s most colorful female citizens of that era. Hill’s story illuminates an interesting time in the American West, one in which the region’s cities were growing rapidly and many of the cultured folks who resided in them enjoyed decadent lifestyles in the years leading up to the Great War. An appealing read for women’s history enthusiasts, this book also reveals a side of the American West that is often overlooked, replaced instead by popular tales of rough-and-tumble frontier life. 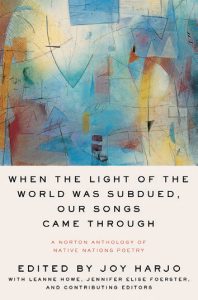 When the Light of the World Was Subdued, Our Songs Came Through: A Norton Anthology of Native Nations Poetry (W.W. Norton & Company, $19.95) is an authoritative collection of works by more than 160 indigenous poets and a book that’s described as “the first historically comprehensive Native poetry anthology.” The editor, Joy Harjo — who is currently serving her second term as the U.S. Poet Laureate — brings together voices from all over the country, representing First Peoples from every U.S. geographical region that has existed over the past 400 years. The volume includes introductions to five regional sections by contributing editors who bring context to each. From oral traditions to modern voices, this is a sweeping overview of an often overlooked part of American literature. This collection helps complete the overall story and study of American poetry, and it also reveals insights into Native American history. 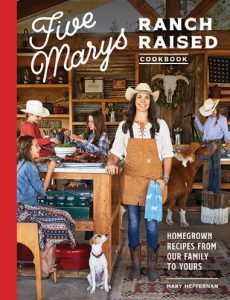 Five Marys Ranch Raised Cookbook: Homegrown Recipes from Our Family to Yours (Sasquatch Books, $29.95) by Mary Heffernan — a rancher, entrepreneur, restaurateur, wife, and mother — is a collection of 75 comfort-food recipes from the California-based Five Marys Farms, run by Heffernan, her husband Brian, and their four daughters who are all named Mary. Along with mouthwatering and practical farm-to-table recipes, the photographs feature the family in their ranch cabin and outdoor camp kitchen during all seasons. The recipes are enticing and varied, but the heart of this book is the work and love that goes into this unique and hard-working family’s life on the ranch.