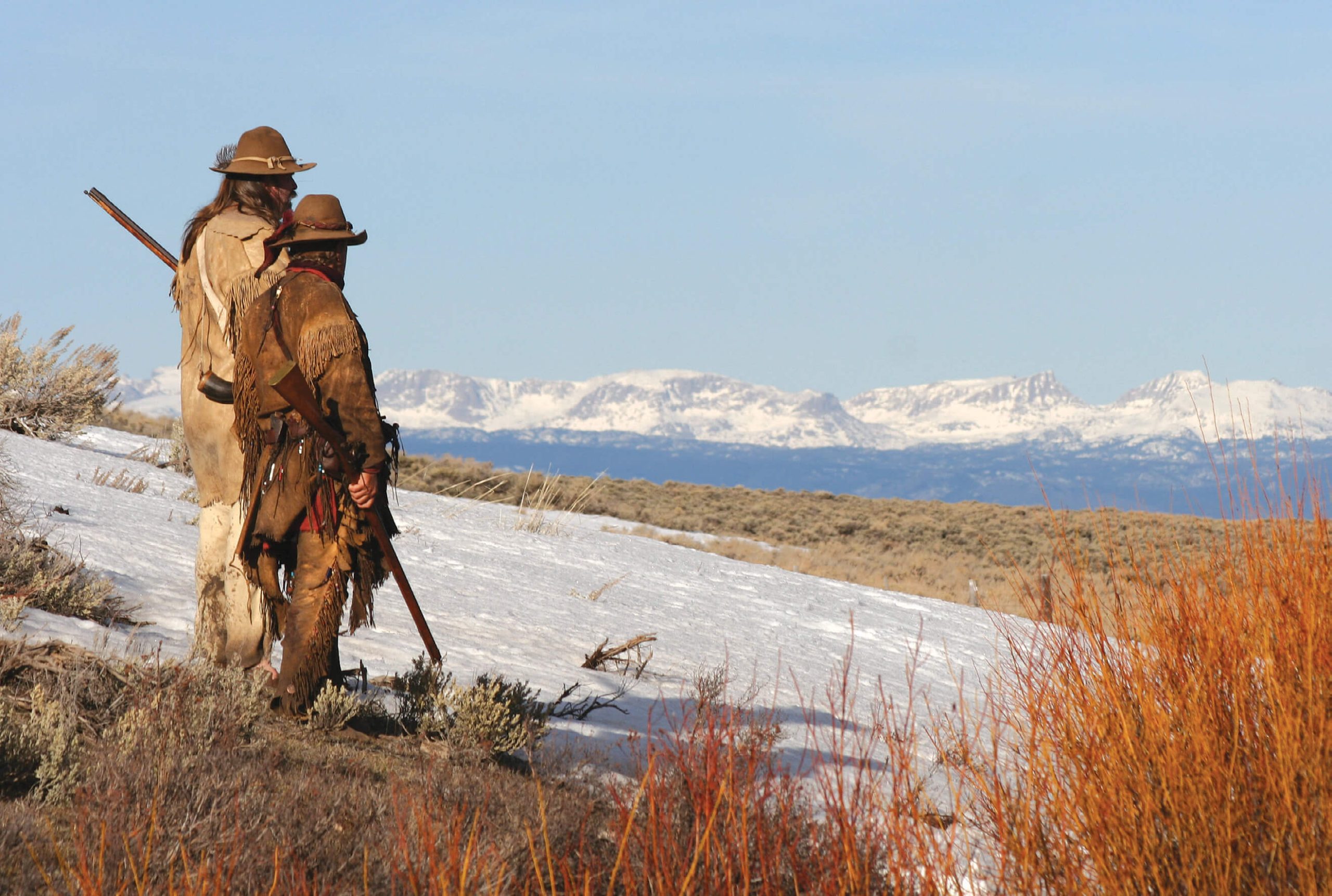 24 Nov Age of the Mountain Man

America’s entry to the Rocky Mountain fur trade closely followed a rapid succession of events: President Thomas Jefferson’s fervent advocacy for territorial expansion, the Louisiana Purchase (1803), and the Lewis and Clark expedition (1804–6), the latter of which reported extraordinary populations of beaver, buffalo, and other game in present-day Montana. Most notably, the Corps of Discovery described the headwaters of the Missouri as “richer in beaver and otter than any country on earth.” Such glowing remarks attracted the first generation of mountain men to hunting grounds in, and adjacent to, the homeland of the Piikani (Piegan) Blackfeet.

By the end of the fall of 1807, parties led by John McClellan, Charles Courtin, and Manuel Lisa constructed trading posts on the lower Flathead River, near the Three Forks of the Missouri, and at the confluence of the Bighorn and Yellowstone rivers (respectively). Establishing operations in territories occupied by the Flathead (Séliš) and Crow (Apsáalooke) — who were Blackfeet tribal enemies — as well as the trappers’ blatant disregard for restrictions that the Blackfeet imposed on access to their lands, sowed seeds of discord that led to a bloody 25-year war between mountain men and the Blackfeet. In a letter dated July 26, 1833, John F. Sanford, then Indian agent for the Upper Missouri tribes, communicated to Gen. William Clark the fundamental premise that underscored Blackfeet policy: “If you will send Traders into our Country we will protect them & treat them well; but for your Trappers — Never.” 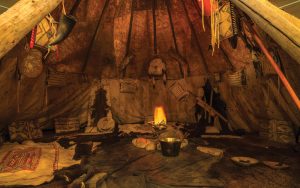 This replica of American Horse’s (Lakota) tipi — which was captured after the Battle of Slim Buttes on September 9, 1876 — includes a sinewsewn lodge cover produced by Michael “Bad Hand” Terry from 20 buffalo hides.

Blackfeet leaders quickly implemented a strategy of sustained military opposition to the incursions of interlopers who sought to exploit their land without permission. By the end of 1810, the Blackfeet and their Gros Ventre (Atsina) allies had so decimated the McClellan and Courtin expeditions that they have been almost entirely forgotten to history. Working primarily within Crow territory, trappers under Lisa’s direction achieved greater initial success. Consequently, Lisa secured financial support from some of the most prominent citizens of St. Louis, including Lewis and Clark, and incorporated his enterprise in 1809 as the Missouri Fur Company (MFC). 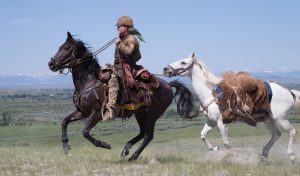 In April 1810, two MFC partners, Andrew Henry and Pierre Menard, led 32 men to the Three Forks area, where they established operations. Soon thereafter, they began to encounter stiff resistance from the Blackfeet. Within weeks of their arrival, eight trappers had been killed, including George Drouillard, a veteran of the Corps of Discovery. The MFC abandoned Three Forks that fall, after the deaths of 20 expedition members. In three short years, the Blackfeet repulsed all forays into their coveted hunting grounds. And the trail that Lewis and Clark blazed to the headwaters of the Missouri would remain closed to the fur trade for a decade, due primarily to the economic impact of the War of 1812, which severely suppressed the value of beaver pelts and produced conditions unfavorable to investment.

The first phase of American involvement in the Rocky Mountain fur trade was brief, but not inconsequential. Lisa’s early success demonstrated that Crow country held almost as much promise as the fabled beaver streams in Blackfeet territory. Indeed, trappers alleged that beavers were “so plentiful in ‘Absaroka’ that they could be taken from the streams with clubs.” In terms of historical significance, however, John Colter left the most enduring legacy of this period. Arguably the first true mountain man, Colter’s feats of fortitude were genuinely the stuff of which legends are made. 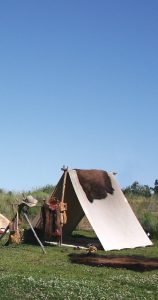 Trapping gear and other necessities were hung just outside open-ended tents, as pictured here, which were commonly used by mountain men.

A prominent member of the Lewis and Clark expedition, Colter was dispatched in late 1807 to establish contact and, hopefully, trade relations with the Crow and neighboring tribes. Historians of the fur trade regard the long, arduous, primarily solo trek that Colter made during the winter of 1807–8 as one of the “most celebrated performances in the [annals] of American exploration.” It is impossible to precisely reconstruct Colter’s route, but he is widely recognized as the first white man to traverse the Wind River Range, the first to enter Jackson Hole and cross the Tetons, and the first to witness the geothermal features of Yellowstone National Park.

An unfortunate encounter with the Blackfeet, which occurred near Three Forks during the fall of 1808, later became immortalized as “Colter’s Run.” John Potts, another veteran of the Corps of Discovery, accompanied Colter during trapping operations along the Jefferson River, where they were confronted by a massive war party. Potts was killed in the initial exchange of hostilities, but Colter, stripped naked and unarmed, was given the opportunity to run for his life. 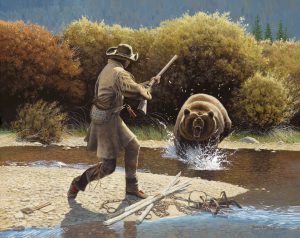 By the time he reached the halfway point of his 5-mile sprint, Colter had left all but one of his Blackfeet adversaries far behind. In mortal combat with that warrior, Colter seized the broken shaft of his lance and fatally impaled him with its blade. With renewed energy, Colter reached the Madison River and found refuge in a beaver lodge. Hours later, when it became evident that his pursuers had abandoned the chase, Colter made his escape and eventually followed the plains bordering the Yellowstone back to Fort Raymond on the Bighorn, a journey of approximately 300 miles in 11 days. Several accounts of Colter’s Run indicate that he did not even have moccasins to provide some protection against prickly pear cacti, which were common along the route he followed. Therefore, one can scarcely imagine the excruciating pain, not to mention exhaustion and near starvation, that plagued Colter throughout his harrowing ordeal.

An advertisement seeking “100 enterprising young men,” published in the Missouri Republican on March 20, 1822, marked the beginning of the classic mountain man period and the formation of the Rocky Mountain Fur Company by William Ashley — then lieutenant governor of Missouri — and Andrew Henry, who would oversee field operations. Like their predecessors, Ashley and Henry intended to concentrate trapping activities within the Three Forks area. Those plans were shattered, however, on the morning of June 2, 1823, when Arikara (Sahnish) tribesmen attacked and, in a matter of minutes, killed 14 members of Ashley’s party and wounded 11 others. 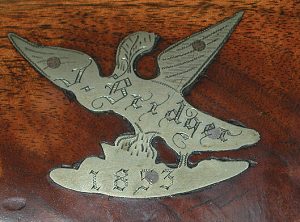 This inlaid eagle, engraved “J. Bridger 1853,” decorates the stock of a 40-caliber rifle given by Louis Vasquez to Jim Bridger in 1853. Courtesy of Museum of the Mountain Man

Arikara hostilities, and an ineffective punitive action commanded by Col. Henry Leavenworth against that tribe, convinced Ashley to abandon the upper Missouri as an access route. As he revised his logistical strategy, Ashley recalled that, in 1809, Henry found beaver to be plentiful in streams west of the Continental Divide, with particularly high populations ascribed to the Green River Basin of western Wyoming. Ashley decided to thoroughly investigate the latter area and sent a party, led by Jedediah Smith, overland from Fort Kiowa to the Rockies.

Ashley’s men ultimately determined that the upper Green River was indeed rich in beaver. After wintering at a Crow village near the Wind River Range, Smith’s party learned from their hosts of a wide gap in the Continental Divide and, in March 1824, discovered South Pass. This find, in conjunction with use of the Platte trail by overland supply trains, enabled fur traders to establish a base of operations on the western slopes of the Rockies and facilitated the advent of the rendezvous system. 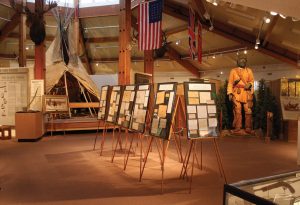 Perhaps best known for the raucous revelry that served as a prelude to trade activity, annual summer rendezvous, held from 1825 to 1840, quickly became the hallmark of the mountain man era. Untethered to any post, the rendezvous provided a venue where fur traders could conduct a year’s worth of business in a matter of days. Evidence of the arrangement’s popularity is provided by Osborne Russell, who attended the 1834 rendezvous. He estimated that 600 trappers affiliated with the Rocky Mountain and American fur companies participated in that event. Access to a plethora of trade goods also attracted Indigenous peoples. Consequently, it was not uncommon for 2,000 or 3,000 tribal members to attend these gatherings. Typically, the Crow, Flathead, Shoshone (Gweechoon Deka and Tukudika), and Nez Perce (Nimiipuu) tribes were most heavily represented.

Given the large number of attendees, the forage required for enormous horse herds, and progressive depletion of resources by site occupants, the rendezvous should be conceptualized as a congregation of widely dispersed, mobile camps that gradually converged on a site centrally located to the hunting grounds most extensively used at that time. A site at the confluence of Horse Creek and the Green River, near present-day Daniel, Wyoming, hosted six rendezvous between 1833 and 1840. Its heavy use during that period was indicative of the growing emphasis placed on Blackfeet and Crow country, as more readily accessible areas were already trapped out. 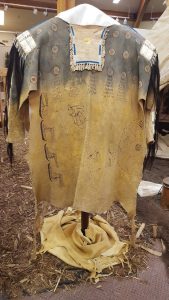 The 1834 rendezvous marked the end of the Rocky Mountain Fur Company and the decade-long “fur rush” inspired by Ashley’s innovative trapping system. Without countervailing economic forces, systematic hunting of beaver in the Rockies could have pushed that species to the brink of extinction decades before the Great Plains became a killing field for bison. However, increased availability of silk from China and a growing preference for its use on men’s hats severely suppressed the market demand for beaver pelts. Consequently, their value plummeted. By the late 1830s, it was simply no longer profitable to trap beaver.

In August 1829, partners of the Rocky Mountain Fur Company concluded that Blackfeet lands then comprised the only untapped operational theater. Parties were subsequently dispatched to that fiercely contested zone in brigades averaging 70 men, a force sufficient to discourage pitched battles. Nevertheless, Blackfeet opposition was unrelenting. Indeed, competition over access to the region increased when the American Fur Company entered the fray in the early 1830s. 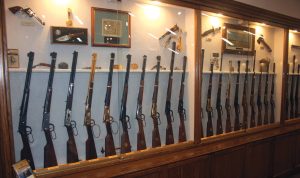 Independent trappers were particularly vulnerable to Blackfeet hostilities during this period. The plight of one man, whom George Catlin met at Fort Union in 1832, exemplifies this point. On five separate occasions, Blackfeet warriors robbed him of everything, including his pelts, horses, gun, and (sometimes) even his clothes. After seven years of trapping, the final incident convinced him to leave the upper Missouri and head back to St. Louis. Mountain men, however, often stubbornly persisted in their quest for beaver pelts until there was no longer any financial incentive to do so. As Kit Carson observed, “We determined to trap wherever we pleased, even if we had to fight for the right.”

Given its intrinsic danger, what motivated men to choose this way of life? Lewis and Clark’s report triggered the first “gold” rush in the Trans-Mississippi West, but few trappers achieved appreciable wealth. At the 1838 rendezvous, Jim Bridger was paid $3,317.13 for two years’ service, which was considered exceptional. Zenas Leonard’s career produced more typical results: In or shortly after 1835, Leonard returned to Clearfield Country, Pennsylvania with $1,100, which represented five years of labor. Consequently, Leonard opined that “scarcely one [trapper] in ten” gave any thought to saving “a single dollar of their earnings.” 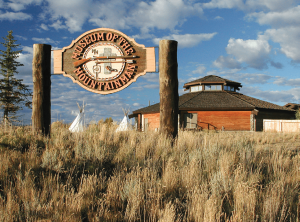 On the other hand, mountain men experienced a degree of personal freedom that is almost inconceivable today. Warren Ferris, who trapped in the Rockies during the 1830s, stated that his comrades were most strongly driven by the desire to see strange lands and behold “nature in the savage grandeur of her primeval state.” For those who were indefatigable explorers and trailblazers, such as John Colter and Jedediah Smith, a streak of wanderlust must have been particularly pronounced.

Readers interested in learning more about this colorful period in American history should visit the Museum of the Mountain Man in Pinedale, Wyoming, which is open daily from May 1 through October 31, and thereafter by advance appointment only. Living-history enthusiasts will want to specifically target the second weekend of July, when the annual Green River Rendezvous is held there. Scholars may want to consult the Rocky Mountain Fur Trade Journal, a peer-reviewed publication produced in collaboration with the Museum of the Mountain Man.