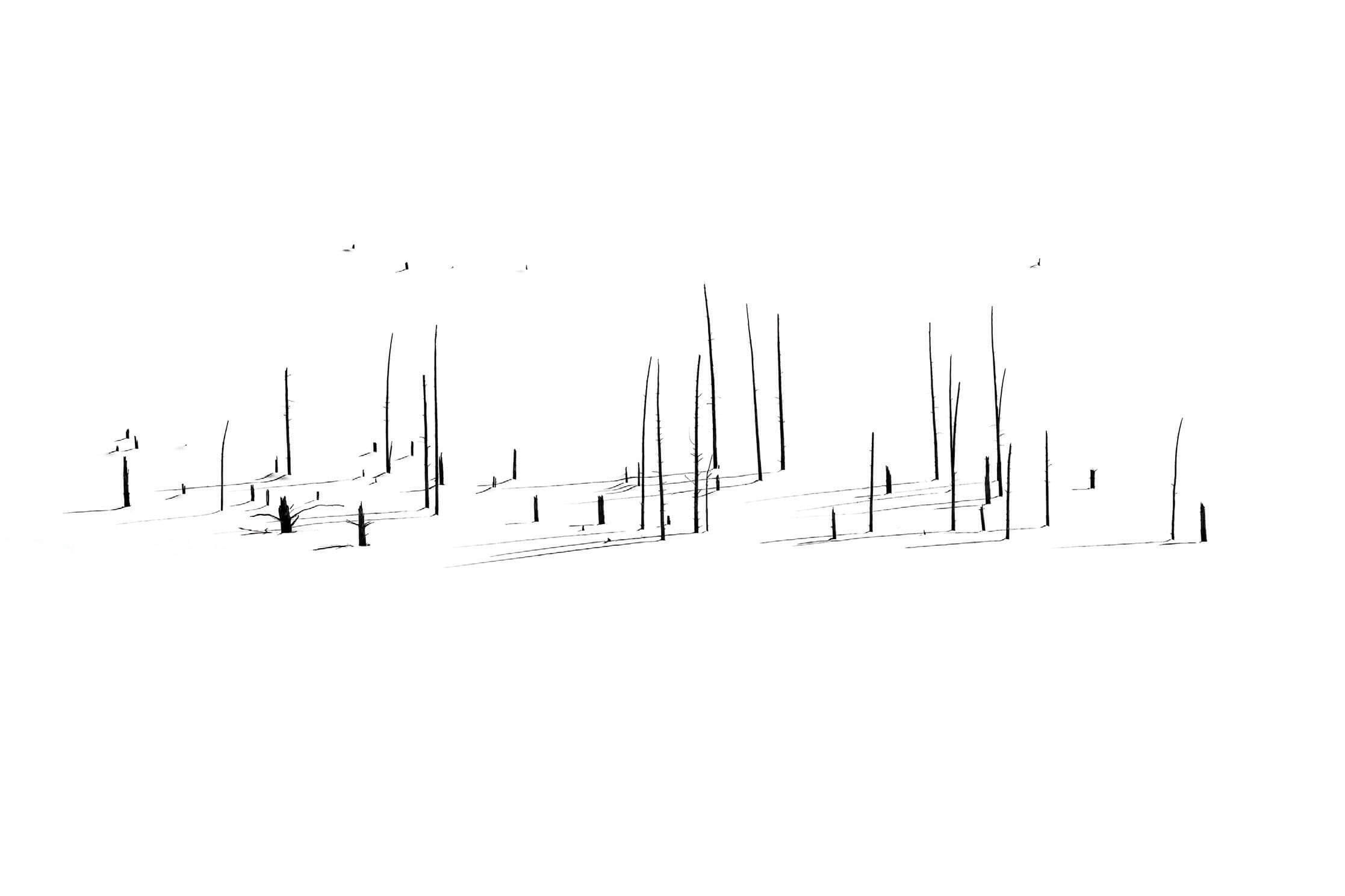 01 Aug Images of the West: Art in Nature

Photographer Tuck Fauntleroy moved West from his hometown of Easton, Maryland after earning a Bachelor of Arts degree from Bucknell University in 2000, and has been based in Jackson Hole, Wyoming ever since. Inspired by the natural environment of Maryland’s Eastern Shore and the small waterfront town where he was raised, Fauntleroy’s art often finds its way in the medium of water. His early influences were based on the traditions of Chesapeake Bay’s coastal culture, and then expanded into new photographic discoveries within Wyoming’s vast, largely uninhabited ecosystems. 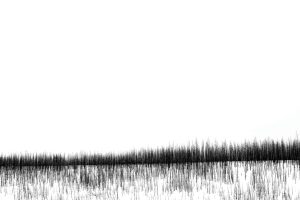 Fauntleroy describes his overall style as one that’s “marked by an adherence to simplicity and the interplay of negative and positive space. Form, shape, and strong visual lines are at the foundation of my work,” he says. “From hard-to-find locations and rare environmental conditions, I strive to offer a new position on an abstract view of the landscape.” 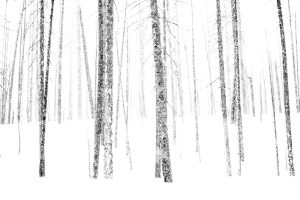 Fauntleroy’s series Waterline — an ongoing project that’s been 10 years in the making — illustrates his abstract style and love of water. The photographs were shot from a single-engine airplane, and most of the locations are high mountain meadows in the Greater Yellowstone Ecosystem. “These creeks and rivers freeze over completely in winter,” he says. “Each spring there’s a very small window of time when the temperatures have warmed enough to allow the water to come to the surface, but the snowpack on the ground is still deep enough to cover the bushes, timber, and grasses. Finding places where rivers draw these elegant painterly lines and being there at the right time were critical hurdles to the execution of this work.” 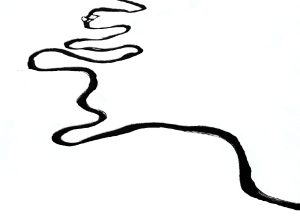 The photographer’s most recent series, Burn, takes another natural element and turns it into the realm of abstract art. “All of these images are of wildfire burn regions taken in Yellowstone or Grand Teton National Park,” he says. “They represent a mixed perspective with some images shot aerially and others from the ground.” 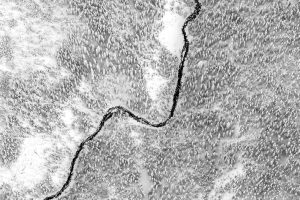 Fauntleroy explains that the infamous 1988 fires in Yellowstone National Park were considered by many to be a canary in the coal mine for what was to come. “Burn is timely and relevant in the current environment of climate change and the proliferation of recent fires across the Western U.S.,” he says. 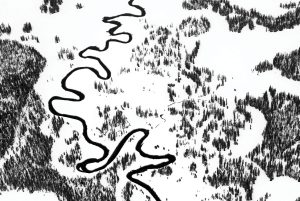 The photographs, he explains, are careful compositions of positive and negative space, capturing the graceful lines and shapes created by a natural landscape scarred by flame. “I love the idea of taking something more commonly perceived as unsightly, destructive, and negative and making it beautiful, elegant, and engaging,” Fauntleroy says. “To me, the work has a meditative quality and feel that is similar to Waterline. And while the aesthetics are quite graphic, they are calming and peaceful at the same time. I like to think of the winter season as a time for the land itself to rest. Zero human activity, the silence of falling snow in one of the most remote places on earth is enchanting and reflective.” 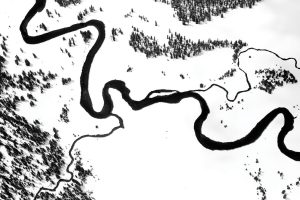