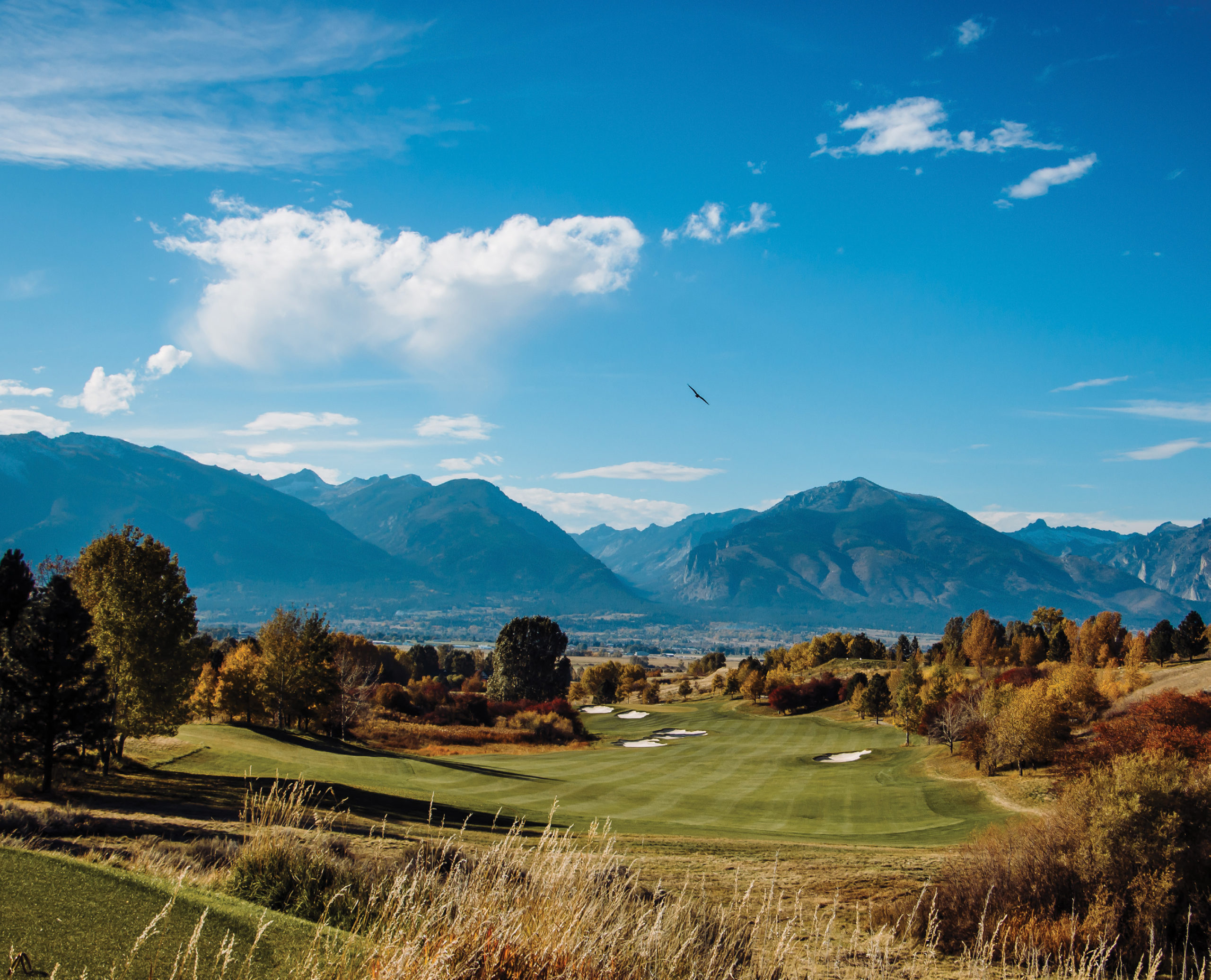 Charles Schwab, the founder of the investment services company that bears his name, sits at a small stone conference table in his San Francisco office and gestures over the bay toward the northeast. “You can try to imagine a place from people’s stories, but it’s only when you set foot there that you get a real feel for it,” he says. “My first experience in the Bitterroot Valley was like that.”

In 1980, Schwab was busy building his business in San Francisco, and it was growing at breakneck speed. “It had been five years since my fledgling company had taken off, and it consumed every minute of my time,” he recalls. “I wanted to find a vacation home where my family could get away from it all, take a breather, and do the things we loved: be outdoors, fish, hike, swim, hunt, gather together at a big table for dinner, and simply relax.” 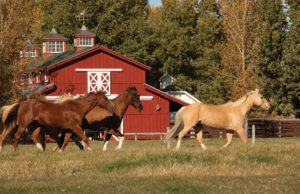 Stock Farm Club’s Equestrian Centre offers a number of horseback riding opportunities for members, with wranglers on hand for guided trips and lessons.

Schwab grew up in California, and as a young boy, he lived in a small rural town outside of Sacramento where his dad was a lawyer. “I love the West and our long warm summer days,” he says, “the freedom of the outdoors and open space. It’s just part of who I am, I guess. So we were looking in California, Oregon, Colorado, New Mexico — lots of places were in the mix, but nothing had clicked.”

Friends invited Schwab and his wife Helen for a long weekend at their ranch in the Bitterroot Valley. “Driving in from Missoula, it just hit me,” he says. “Even at the valley floor, we were up at 3,500 feet, and the air was a little thin and clear. The high peaks of the Bitterroot Mountains jumped up to 9,000 or 10,000 feet to the west like teeth, and to the east, the Sapphire Range climbed more gradually and wide-shouldered. The two ranges hugged the valley between them, and ranches were scattered from north to south. That weekend we did some hiking where glaciers had cut paths down the mountains, leaving small lakes along the way. Creeks tumbled down into the Bitterroot River on the valley floor. What a spot. This was it.” 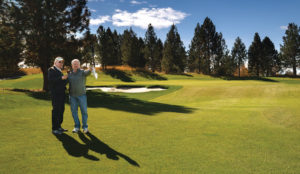 A few years later, the Schwabs found their dream ranch property near the Bitterroot River on the west side of the valley, and they soon settled in. “Our kids and grandkids loved to ride horses, fish, and take the occasional trip into the Sapphires to hunt for gemstones,” Schwab says. “The long summer nights you get that far north were a chance to get in some extra fly fishing, when the sun was down behind the mountain peaks and the rainbows and browns were grabbing for dinner without the threat of osprey that hunted them in the day. It was often the best time to fish.” 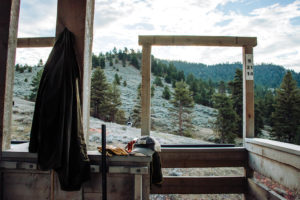 That would have been it, he says, happy end-of-story. But fast forward to 1995, when Harold Mildenberger, a friend of Schwab’s, owned a large ranch that had once belonged to copper king Marcus Daley. Located just east of Hamilton, Montana, it was called The Stock Farm. Mildenberger had a group of people interested in developing part of the property, but it didn’t end up panning out. “I’m a passionate golfer, and we’d golf in Missoula, which was a bit of commute, or in Hamilton, which was a smaller course,” Schwab says. “We were always talking about how great it would be to have a world-class golf club right here in the southern part of the valley. When I heard that Harold’s initial plans fell through, I couldn’t let the chance pass by. So, with a couple of partners, including Jim Schueler whose company built spectacular log-style homes, we went to Harold and said that we’d build a course and club. We bought 2,600 acres, setting aside a big chunk for wildlife and a winter elk range, and we dove in.” 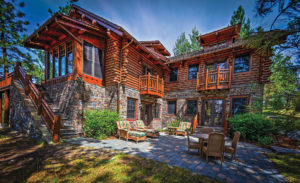 The Stock Farm Club’s log-style cabins were designed in a rustic style with stonework that helps them blend into the natural setting.

Schwab’s idea was to create a world-class, 18-hole course and a clubhouse that felt like a national park lodge, something that fit in with the grandeur of its surroundings. “I had never worked with [golf course architect] Tom Fazio before, but it was a pleasure to have him involved,” he says. “Visiting the ranch, it was clear we had to create a course and facilities that celebrated its location. We decided to keep the course itself clear of any houses, so the majesty of the place was intact for all 18 holes. I wanted the Big Sky experience, every step of the course. There is a vista at every tee. The 3rd hole, a 356-yard par four, looks straight out at the jagged peaks of the Bitterroot Mountains.” 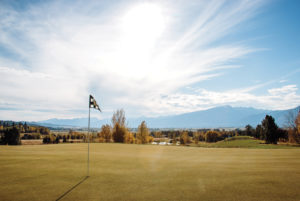 The club’s golf course is intentionally clear of houses, in order to focus on and celebrate the area’s natural beauty.

The team broke ground in 1998 and finished the first phase in 1999. “Now 20 years later, it’s developed into a first-class club, with a large pool, great dining and staff, and fitness, equestrian, and shooting centers, all tucked against the foot of the Sapphires,” Schwab says. “Members have built Western-inspired homes and luxury cabins, there is access to miles of U.S. Forest Service land, and wildlife roams through the hills and valleys.” 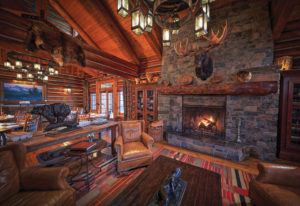 The clubhouse’s Wine Room is where members and guests gather for a variety of activities, including tastings and holiday events.

In some ways, the Stock Farm Club worked out better than Schwab ever imagined. “When the idea first came about, I thought it would be a nice golf course with a few nice members to share it with,” Schwab says. “It turned into something much greater than that: a place that preserves the magic of this incredible region, and a community of friends that share a passion for it. All with that Bitterroot magic I felt the first day I came to visit back in 1980.”