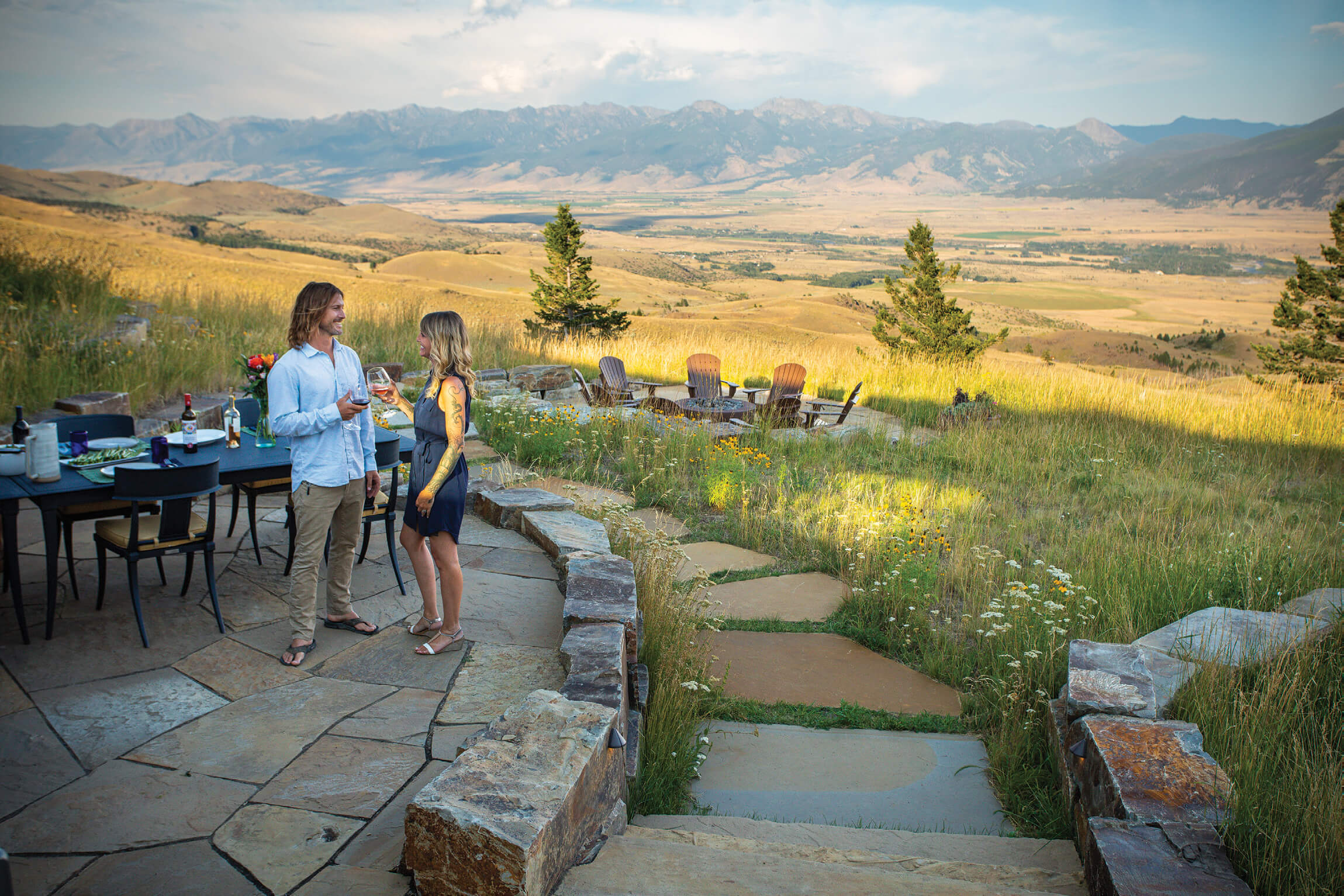 A meadow of native ﬂowers and grasses adds color and provides habitat for pollinators and other wildlife.

In order to thrive, native pollinators in the mountains and plains of Big Sky Country need native plants. And with the proper planning and plantings, you could turn your yard into their “last best place” to live.

Native plants and animals are adapted to their local ranges — and to each other. They succeed in the temperature extremes and precipitation patterns of their home area, provide food for native insects, and are able to ward off local pests and diseases. When he’s working with clients in the Rocky Mountain West, Ben Young, a principal and owner with BYLA Landscape Architects in Ketchum, Idaho, often points out native plants and suggests how they could be used. This not only helps connect homeowners to the area, but it also allows their yards to blend in with the surroundings. 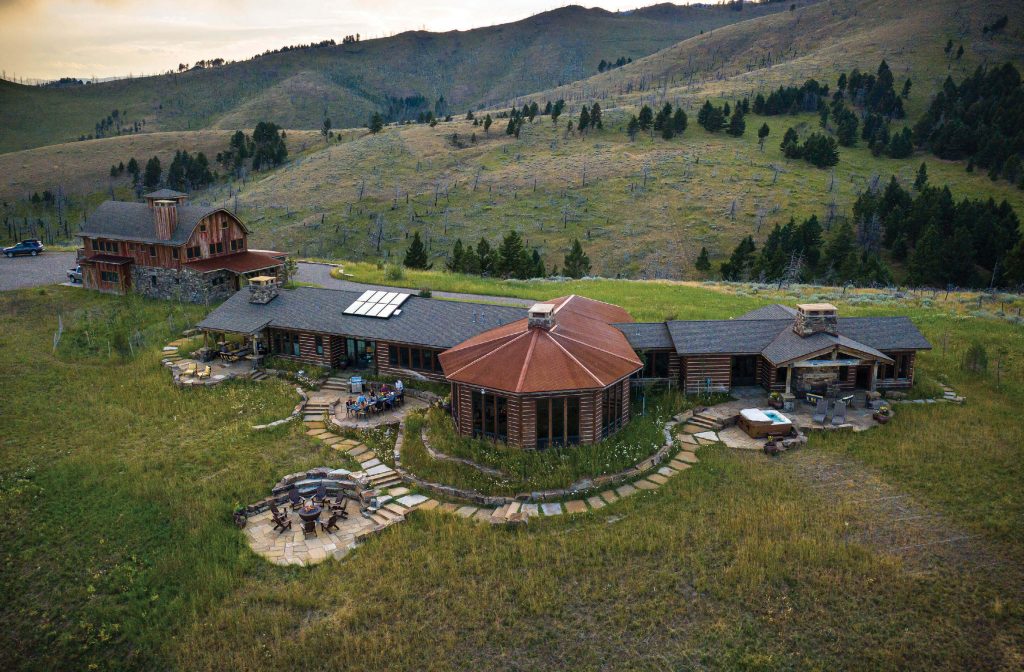 Native grasses and ﬂowers can create a low water-use alternative to a turf lawn and blends with the other vegetation.

Native Northern Rocky Mountain insect pollinators range from shiny blue orchard mason bees that emerge in early spring to pollinate fruit trees, to sphinx moths (also called hawk moths, because they’re large and agile enough to be confused with hummingbirds) that visit fragrant, pale-colored blooms in the evening and nighttime hours. Native landscaping can provide a haven for both native pollinators and insect predators, which help control pests that harm garden plants. And encouraging beneficial prey insects can reduce the need for one of the greatest threats to pollinators: pesticides.

Native Plants in the Northern Rockies

Kathy Settevendemie, owner of Blackfoot Native Plants in Potomac, Montana, reminds homeowners to think about how their landscaping will change over time. New plants on a bare site will be small and provide little shade, she explains, so they’ll need lots of water. But as the plants thrive, they’ll fill in and shade each other and the soil, creating moister conditions for growth. But she stresses that native plants have individual requirements, so it’s important to find just the right spot for each one.

Native plants are typically more expensive than the more common plants and flowers found at home improvement stores, Settevendemie says. However, since most are perennials — meaning that they come back year after year — costs will be lower in the long run; and with patience and water, homeowners can save money by starting native perennials from seed. “You need to water the heck out of native seeds in the spring, and keep them moist for two to three, maybe even four weeks,” Settevendemie says. “Typically, we’ll get great moisture from snowmelt, but then, all of a sudden, we’ll get a couple 70- or 80-degree days. That can really do them in.” 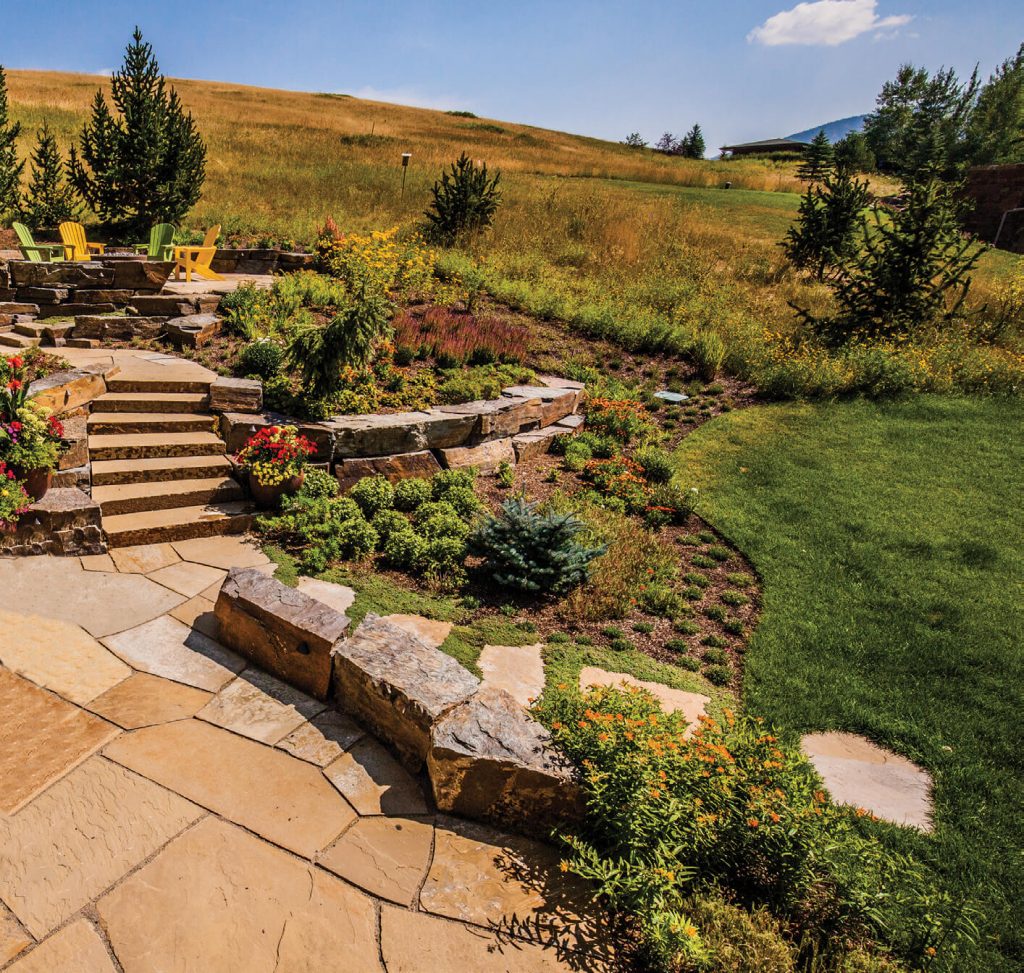 Once native plants are established, they should only need watering during hot, dry weather, which is a plus in the arid climate of the Northern Rockies. Perennials need to be watered for the first several years, and annual seeds — for flowering plants that live through only one season — need to be watered to get started each spring. Native plant gardens need to be weeded for the first few years until they’re established, and since weeds are easier to pull when they’re small, it’s a good idea to stay on top of them.

Pollinators might take a while to find new plantings, and homeowners can help by creating clusters of the same plants, making sure to keep those with the same needs for sun and moisture together. These clusters or patches will also make feeding and pollinating more efficient for the pollinators, and once they’re attracted to the plants, they’ll stick around to feed on blooming flowers throughout the growing season. 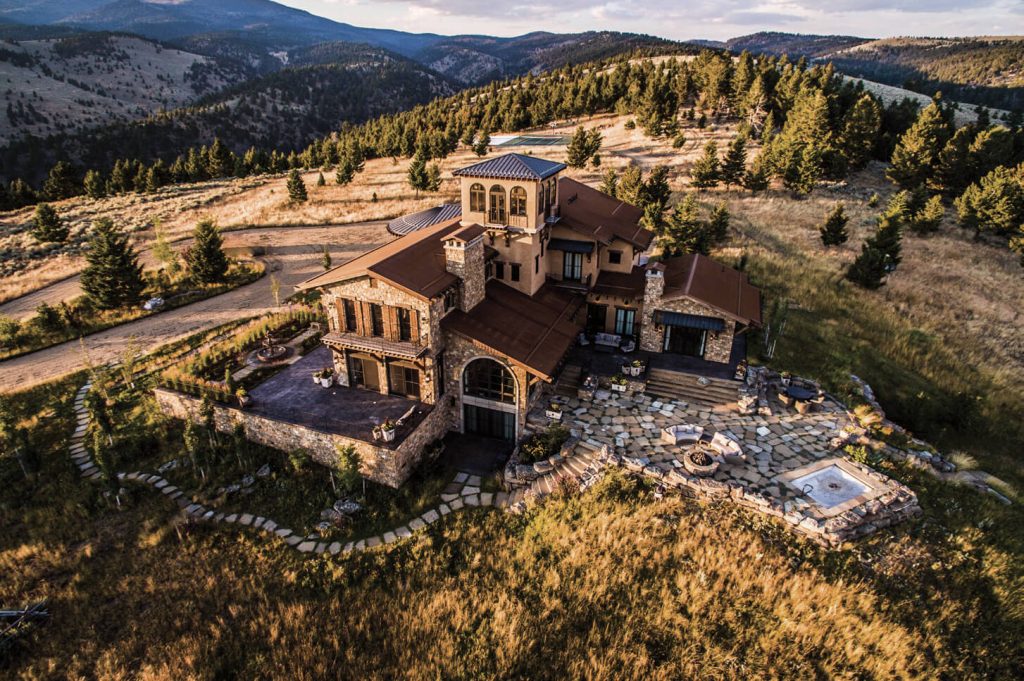 Native trees, shrubs, grasses, and ﬂowers can all be used in a landscape design.Once established, native plants only need watering during hot, dry weather.

When selecting native plants, experts suggest using a variety of colors, shapes, and flower sizes that bloom at different times, in order to have color all season long and provide pollinators with ample food. They also recommend using generic or straight species, which are adapted to feed native pollinators, rather than named cultivars. The latter have been bred by horticulturists for their eye-pleasing traits, which sometimes make it harder for pollinators to visit them. Young says that non-native flowers are often used to fill in summer blooms, but it’s important to avoid using those that are known to be invasive.

If retired wildlife biologist Beth Waterbury were to pick just one native plant for pollinators, it would be showy milkweed, she says, which attracts native bees, moths, and butterflies. She can’t think of another plant that blooms as long and is visited by so many different pollinators. “Plus, the flowers are beautiful, and they smell good,” she adds.

Milkweed is also the plant that monarch butterflies — a declining species — rely on to raise their young. And although monarchs migrate south for the winter, most other native pollinators have to survive the cold months in this region. As an adult, Montana’s state butterfly, the mourning cloak, overwinters in piles of leaves and branches. Gardeners can help both pollinators and beneficial prey insects by resisting the urge to tidy up their yards before winter. Or if leaves and branches are raked, they can be piled up to make snug winter homes for helpful insects.

Although native plants are good for pollinators, they’re not as good for picnics, family football games, and other outdoor activities. In the planning process, Mason Shaffer — a garden designer with the Bozeman-based Blanchford Landscape Group — asks clients how they’ll use their grassy lawn, and then he designs one that’s only as big as necessary.

“We need to rethink the traditional lawn, as it’s a groundcover that costs so much time, energy, and resources to sustain,” Shaffer says. He often recommends replacing traditional lawns with native grasses and wildflowers. “Although they take a little longer to establish, the long-term value is unmatched,” he adds.

For sod, Shaffer usually recommends a blend of fine fescue and the more traditional bluegrass. “The fine fescues tend to perform better than bluegrass by being much more drought-tolerant, requiring less frequent mowings, and tolerating shade better,” he explains.

Settevendemie suggests that after planting a variety of native flowering plants, homeowners should minimize pesticide use and create overwintering habitats for pollinators and beneficial insects. When the watering and weeding are done, homeowners can relax on their perfectly-sized lawns and watch for native bees.