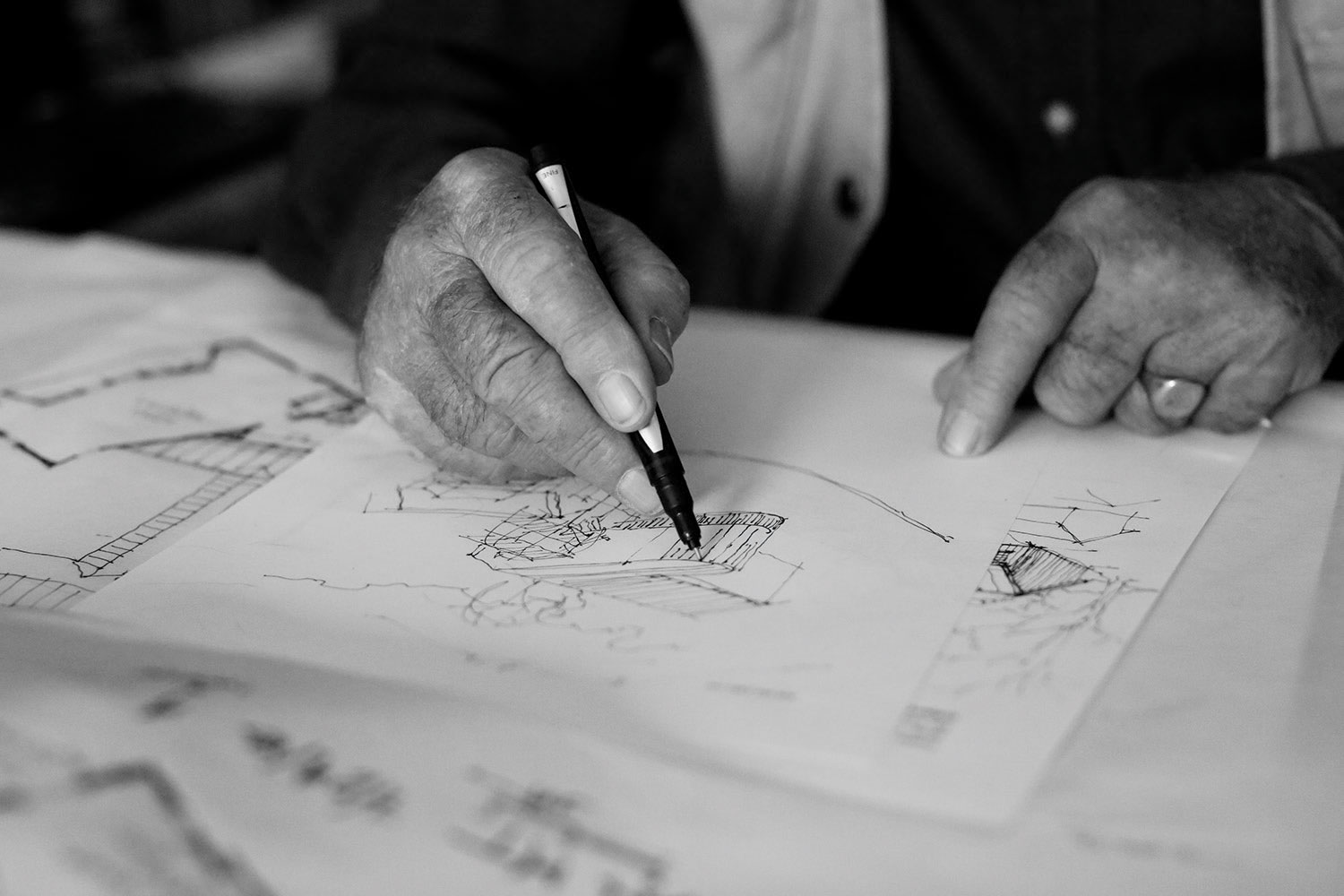 Architect Jonathan Foote, widely credited with starting the place-based architecture movement in the Mountain West, has been practicing his craft since he was a graduate student at Yale University more than six decades ago.

Twelve years ago, interior designer Elizabeth Robb had been considering retirement. That was until she was afforded the opportunity to work with Jonathan Foote. She decided to take it on, and the experience led to a resurgence of enthusiasm for the home design process — and, ultimately, seven creative collaborations with the architect. 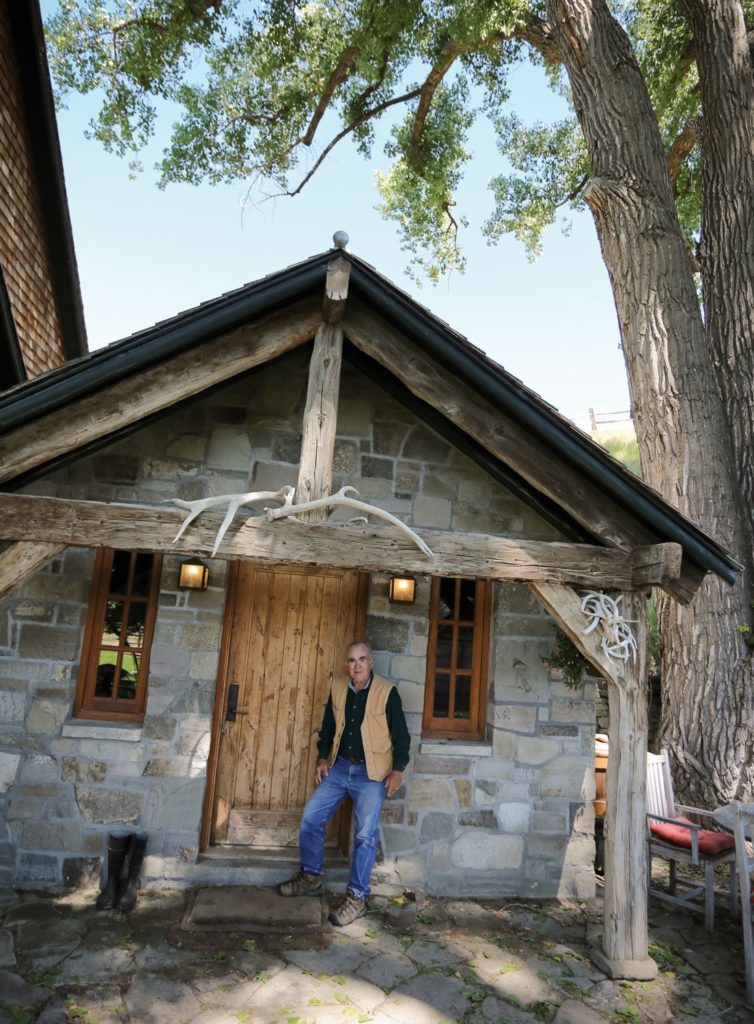 A stone building addition houses
one of Foote’s signature mudrooms. “They’re spacious, welcoming, and filled with artwork, which sets the stage for the rest of the house and reflects the character of the owners,” Foote says.

At the time, Robb explains, she had a young family to focus on. But she had also grown disenchanted with the work, both because of the often ego-driven character of the design process and because of increasingly “fast and furious” internet-driven expectations. “There was little time for really discussing what the goal of the house was. That was frustrating to me,” Robb explains. “Then I met Jon. We connected right away on how to listen to a house and to the land and to the client. I think that is so powerful and such a gift.”

Foote, the legendary 84-year-old architect, is renowned for this ability to listen to the land. Since his first project in the West, a home for his brother in Ovando, Montana, in 1969, he has designed in harmony with the Western landscape in a vernacular suited to the region, incorporating reclaimed materials — including whole structures — in a way that is appropriate without being sentimental. In the process, he displays extraordinary sensitivity to sites that lie at the edge of wilderness or in the midst of working agrarian areas, while still fulfilling his clients’ aesthetic and programmatic goals. Over the course of almost half a century designing in the rural West, the architect has had an outsized influence on scores of other architects, builders, designers, and craftsmen practicing throughout the mountain states today. Through both his built designs and his impact on others, Foote has created a lasting legacy.

Foote first fell in love with the mountain West on a dude ranch vacation in 1946 and while working on ranches during summers throughout high school and college. As an undergraduate at Yale, he discovered architecture and pursued it in graduate school at the Rhode Island School of Design, and again at Yale, where he earned a Master of Architecture degree and was exposed to America’s most influential modernists: Louis Kahn, Paul Rudolph, Philip Johnson, and Frank Lloyd Wright. An early marriage (he was a father before he’d graduated from college) prompted a practical move into architecture, development, and planning in New York and Connecticut. But after a second divorce, he headed west. 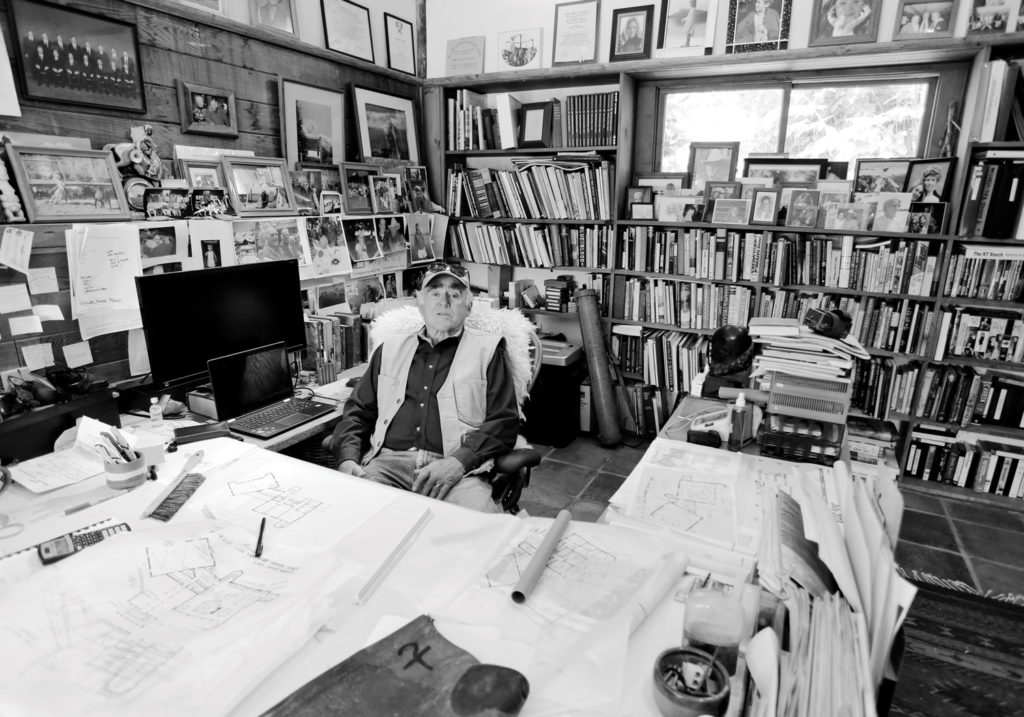 Foote wakes at 2:30 a.m. every day to work in his book- and memorabilia-filled office on the ranch he owns in Livingston, Montana, with his wife, Kathy.

Foote was competing on the cutting horse circuit full-time when he was approached at a cafe in Lincoln, Montana, and asked if he would teach at Montana State University (MSU) in Bozeman. Foote taught there from 1979 to 1989 and resumed practicing architecture. Soon he was designing homes throughout the Greater Yellowstone region for clients who appreciated the quiet beauty and appropriateness of modestly scaled buildings made from hand-hewn timbers and local stone. 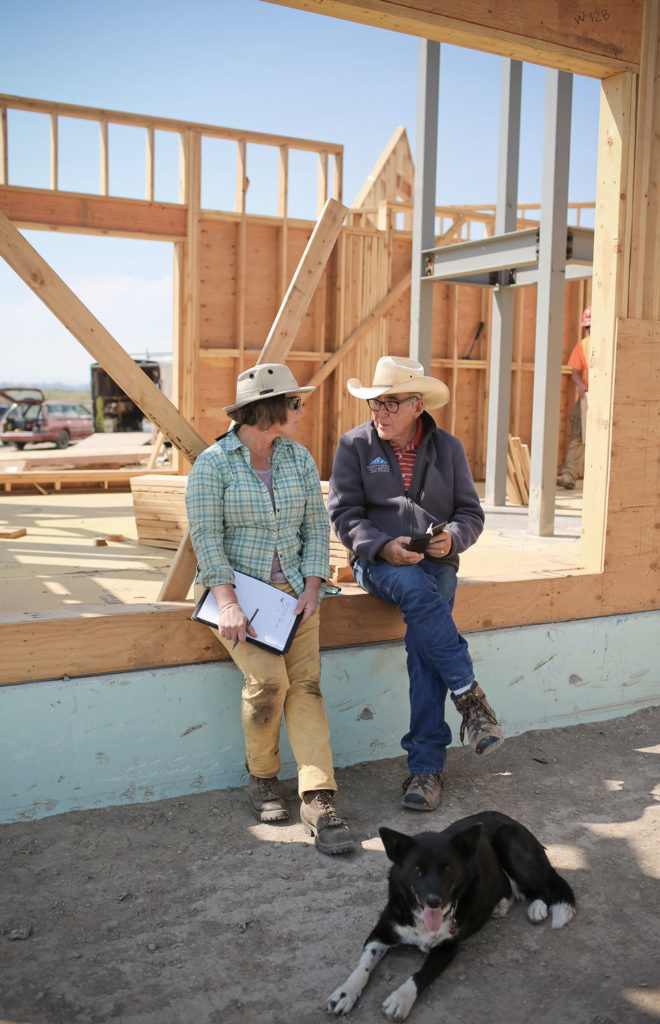 Site visits with clients and colleagues,
such as landscape designer Beth MacFawn, inform Foote’s work, which is always created as a response to the land and conditions.

As the preservation movement took hold, his firm, Jonathan L. Foote Associates, thrived. Meanwhile, Foote founded the construction company On Site Management (OSM) to more seamlessly execute his visions, and hired some of his most talented MSU students to work with him in his architectural practice. (More than 30 years later, OSM still serves as a prominent full-service general contracting firm working on a variety of projects throughout the Northern Rockies.)

Foote designed Western buildings and rode cutting horses (he’s been inducted into the National Cutting Horse Association Hall of Fame) until the first of two strokes, which prompted him to give up his sport and sell his firm in 2000. (Now JLF Architects, the firm’s designs still set a standard for beauty, originality, appropriateness, and craftsmanship.) While his wife, Kathy, continues to compete, Foote resumed designing 15 years ago. They now live in Livingston, Montana, on a ranch with a homestead cabin that dates back to 1906. The architect wakes every day at 2:30 a.m. in order to start working, and at the moment, he’s designing multiple structures for a longtime client in Belgrade, Montana.

Looking back, Foote says, one of the secrets to his early success was that “I understood that there was a resource out here of individuals who could build. I found these guys, hippies who had a high IQ, a high sense of craft, and a love for what I was doing, which was creating a future out of the past and making a transition from the Old West to the New West. Their craftsmanship was key to the success of the projects.” 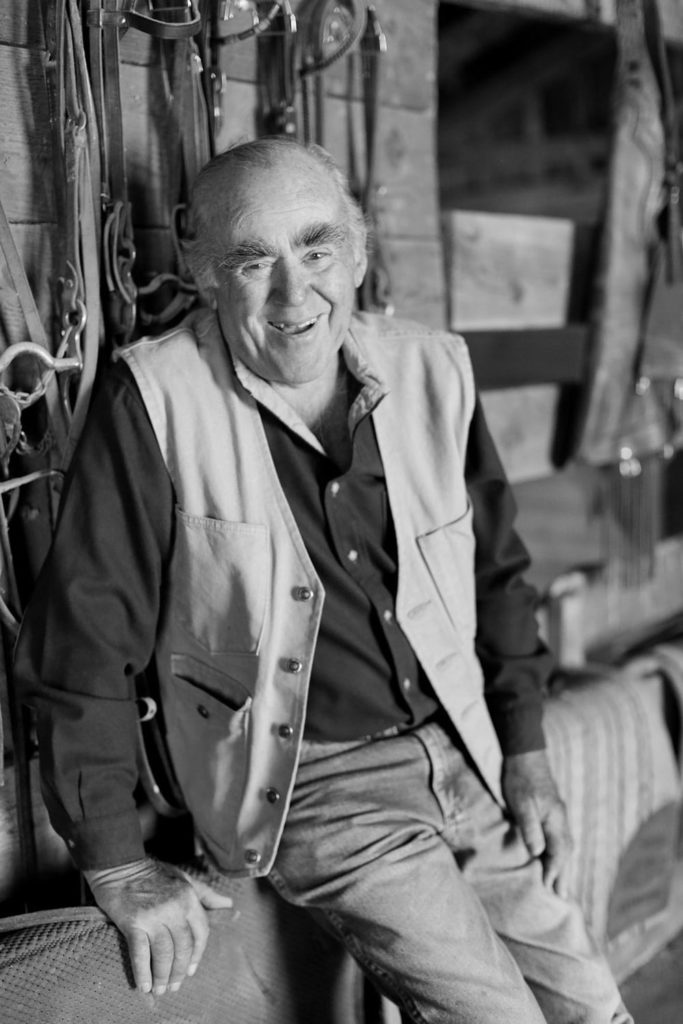 In Foote’s buildings — timeless, understated, and rooted in the landscape — the architect has undoubtedly achieved success while helping to inspire the next generation with the same imperative: to build thoughtfully, to respect the land, and to listen.