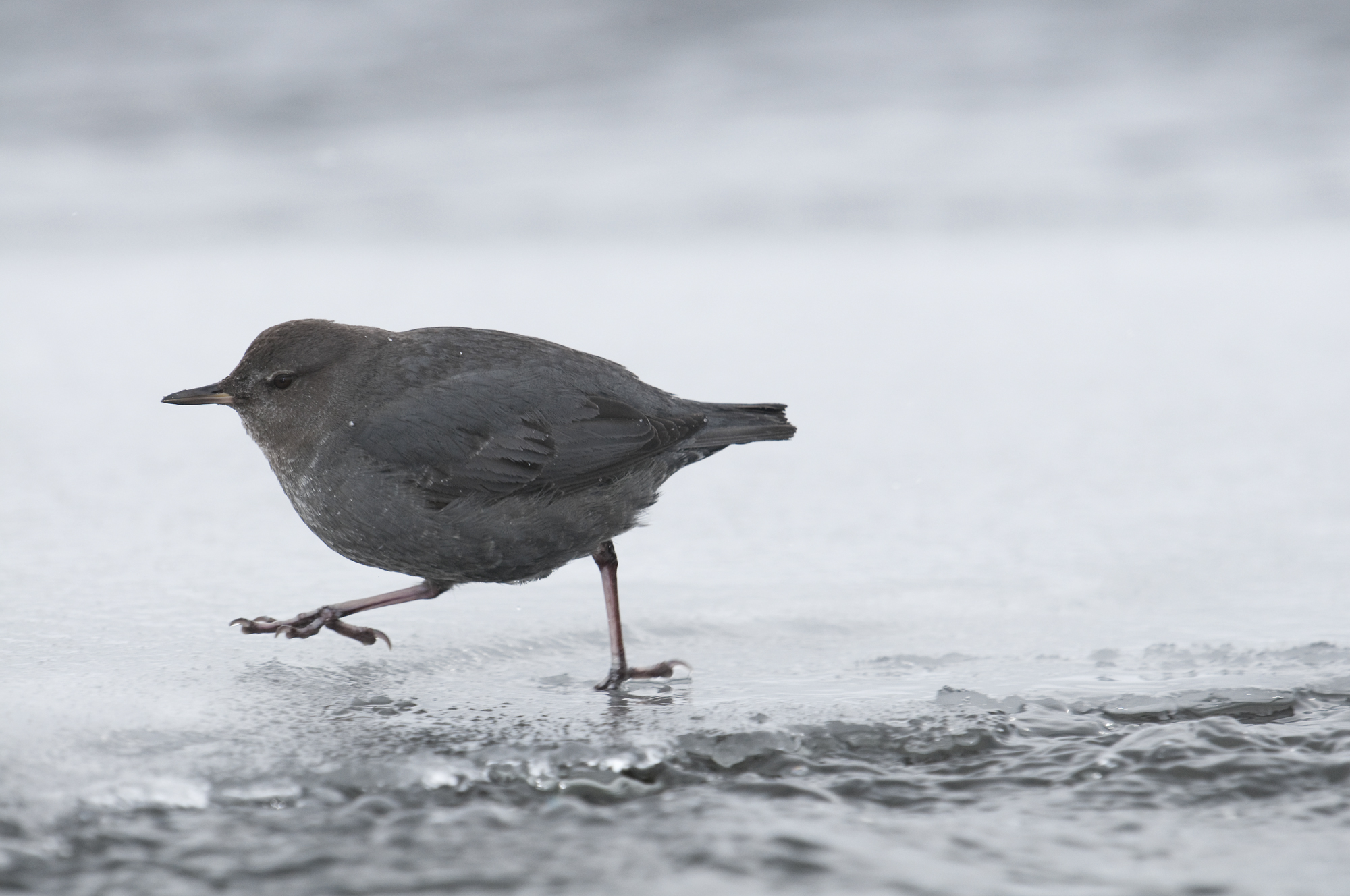 I COME DOWN TO THE RIVER. A ribbon of dark green unspools through the low countryside. Gray corpses of tree collect along the banks, their root masses thrust into the air. Nothing much happens here: Leaves decay, beavers dream, small zephyrs of breeze skid along the surface, wrinkling it silver. Where a creek enters a cobble of stones reside, absorbing sunlight and moonlight in succession. In the evening deer wade in, touch coal noses to black current.

The river curdles, turns over and sinks. Herons stalk leaving strange hieroglyphics pressed into the mud. Fish rise. I come down to the river where the grasses lean in, crushed by the snow, where a kingfisher hovers and spikes into the water, where a merganser floats by. All day clouds come and go and a light snow falls — uncountable geometries, great silences, disappearing into the dark avenue of the river. I watch a water ouzel. The tiny bird dips and dunks and fluffs and preens. It baptizes itself again and again in the frigid water. It is tiring to watch: knee bend, knee bend, knee bend, tail twitch, dunking, tail twitch, kneebendkneebendkneebend, dunking, tail twitch. The cold waters glide by and the little bird hops in, swimming underwater upstream, its wings whirring like propellers turned on. When it hops out, it performs another round of calisthenics and plunges back in. When it reemerges it opens its beak, sings.

When I was a child I’d go each Sunday to mass, climbing the stone stairs that led to the church and entering through its two massive oak doors. There in the knee-creaking silence I’d bless myself, dipping the tips of my fingers into the shallow bowl of water provided. The water would be tepid, soft to the touch, and I’d cross myself, touching my forehead, my belly and both sides of my chest. That the water was simple tap water I’m sure, but perhaps it was holy, having been blessed. Still, these days, I simply come down to the river.