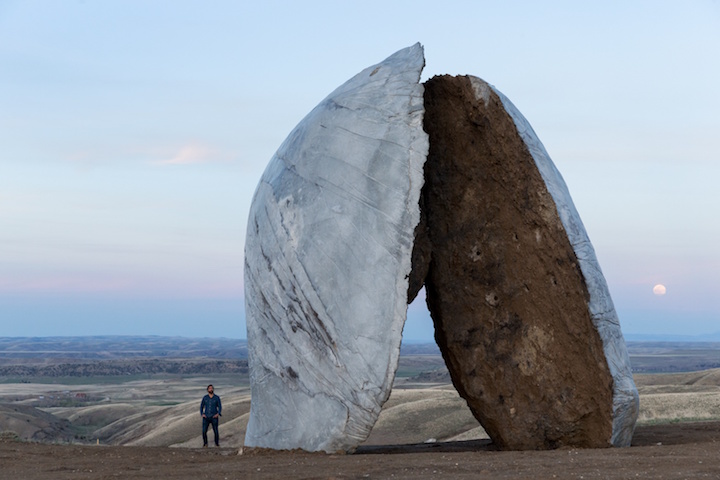 Tippet Rise Art Center has announced the dates and selected highlights of its next concert season, July 7 through September 17, 2017. The Art Center, which opened in June 2016, is located on a 10,260-acre working ranch in the foothills of the Beartooth Mountains and celebrates the union of land, art, architecture and music, presenting concerts by world-renowned musicians and large-scale contemporary sculpture. Building on a successful inaugural year, and responding to demand from both the local public and visitors from around the world, Tippet Rise has added another four weekends to the season and several Sunday performances.

A limited number of tickets for performances will go on sale online beginning March 1, 2017, with additional tickets being released for purchase throughout the spring. The schedule will feature a mix of new and returning artists, including the Tippet Rise debut of pianist Natasha Paremski in a solo recital including Chopin’s Mazurkas and Chopin’s 4th Scherzo as well as a performance with the Escher String Quartet, also in their Tippet Rise debut. Returning artists include pianist Yevgeny Sudbin, performing Medtner’s Sonata tragica, as well as Liszt’s Harmonies du Soir, and violinist Caroline Goulding, who will play several concerts including a three-part performance featuring Enescu’s Impressions from Childhood, Dvorak’s romantic pieces and Schumann’s Sonata in D minor no. 2. The season will also include a new work by Aaron Jay Kernis to be performed by Pedja Muzijevic, as the first premiere to result from a three-year commissioning program. (Subsequent Kernis premieres will be a work for the Borromeo Quartet, in 2018, and a piece for small chamber ensemble and voice, in 2019.)

Performances will take place both indoors and out. The 150-seat Olivier Music Barn, inspired by the powerful performance spaces where Haydn and Mozart imagined their works would be performed, serves as Tippet Rise’s primary concert venue. Pre-concert lectures will take place at the Tiara, a 100-seat acoustic shell without walls.  Outdoor performances at sculptural structures and sculptures (Domo by Ensamble Studio and Satellite No. 5: Pioneer by Stephen Talasnik) will provide audiences with an unparalleled opportunity to experience music with 360° views of the rolling hills.

To expand public access to its artistic program, Tippet Rise has now released several specially produced short films and concerts from its inaugural season on the Tippet Rise website, with additional videos to be made available in the coming weeks. Videos include Tchaikovsky Piano Competition Laureate George Li performing Liszt’s Hungarian Rhapsody No. 2; an artist spotlight interview with pianist Jenny Chen; short documentary films of artists Patrick Dougherty and Stephen Talasnik, who created site-specific works for the center; and two videos highlighting the artwork at Tippet Rise, including one featuring the sculpture Stainless Stealer by Alexander Calder, on loan from the Smithsonian Hirshhorn Museum and Sculpture Garden, with an original score by the young French composer, Julien Brocal.

Tippet Rise Art Center is closed for the winter season, though it is playing host to several community events and screenings, among them a performance of Hamlet by Montana Shakespeare in the Schools that took place in early December. The Adrian Brinkerhoff Foundation will sponsor poetry throughout the summer season, inserted in the everyday life of the Art Center, with specific readings by actors and poets to be announced in the spring.

Tippet Rise Art Center will reopen to the public in late June, before the start of the summer music series, for daily visits on Fridays, Saturdays and Sundays with prior registration. Visitors can explore the ranch via 3.5 miles of hiking and biking trails, with an additional 3.5 miles being added this winter and spring. Electric shuttles are also offered to guests on a regular schedule to each of the sculpture sites.

Tippet Rise Art Center is located in Fishtail, Montana at the foot of the Beartooth Mountains. Set on a 10,260-acre working sheep and cattle ranch, Tippet Rise is anchored in the belief that art, music, architecture, and nature are inextricably linked in the human experience. Each makes the others more powerful. The Art Center features musical performance spaces indoors and out, with programs that seek to create memorable experiences for performers and audience members alike. Tippet Rise also exhibits large-scale outdoor sculptures and other works by some of the world’s foremost artists and architects. Many are site-specific compositions, aiming to transcend the boundaries of art, nature, and architecture. Artworks set within the landscape include several sculptural structures by the innovative Ensamble Studio, the internationally renowned sculptor Mark di Suvero, and two site-specific works including Satellite No. 5: Pioneer by Stephen Talasnik and Daydreams by Patrick Dougherty as well as two works by Alexander Calder on loan from the Smithsonian’s Hirshhorn Museum and Sculpture Garden: Two Discs (1965) and Stainless Stealer (1966).

As an institution founded to serve its neighbors in Montana as much as visiting musicians, artists, and audiences, Tippet Rise develops and supports year-round education programs in schools at the K-12 level, local colleges and universities, and other organizations.

Getting to Tippet Rise Art Center

Tippet Rise is open to visitors from late June to mid-September on Fridays, Saturdays and Sundays from 10 am to 6pm with prior registration. Concerts are priced at $10, and are free for guests 18 and under. Tickets will go on sale on March 1, 2017.