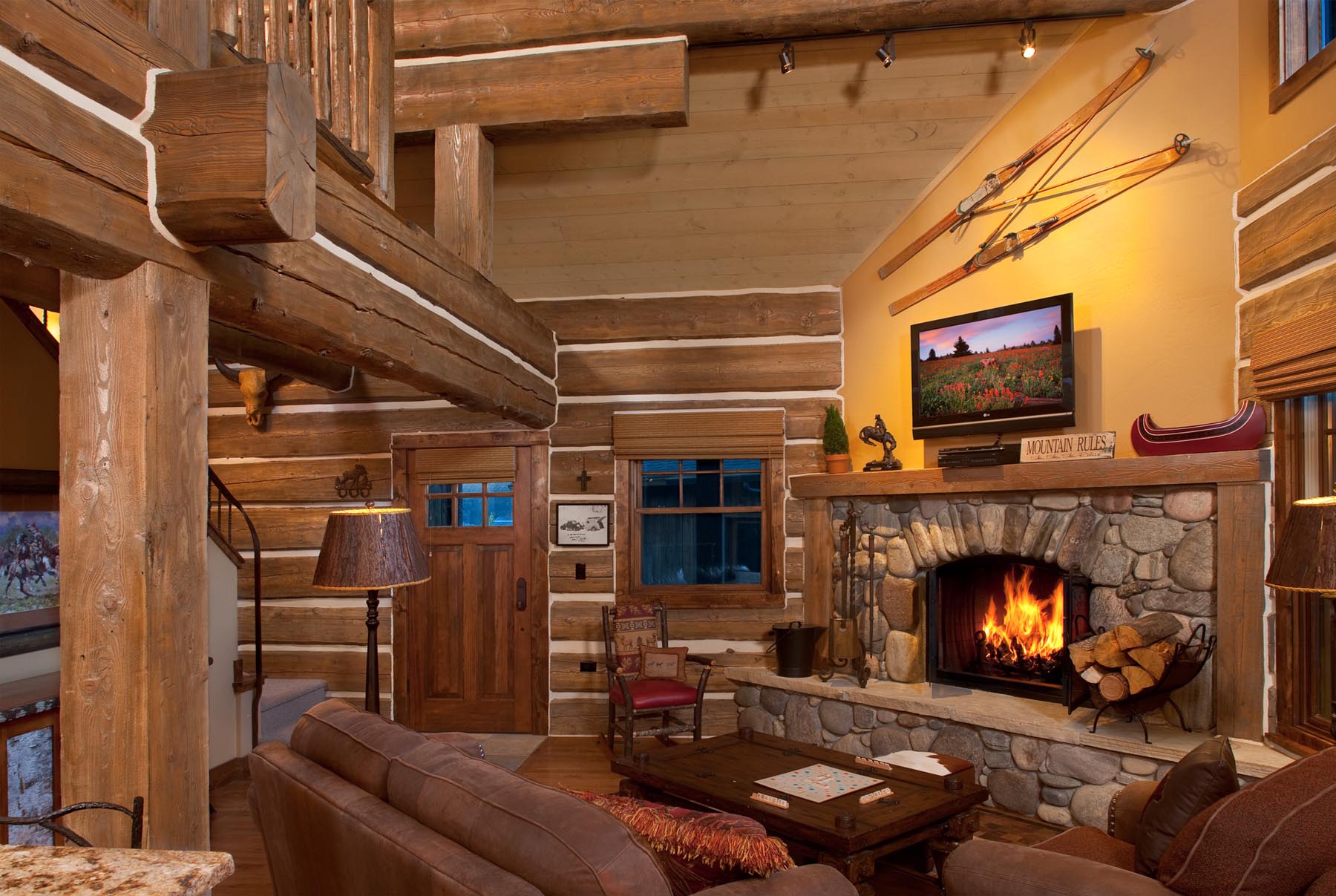 THE ROBBN’S CABIN IS quintessentially Big Sky: The master bedroom with its grand windows framing Lone Peak. The expansive deck with its views to the east, where the earth falls away and rises with the Gallatins. The exterior with its hewn logs and reclaimed barnwood siding. The vaulted great room with its cavernous fireplace.

Like a lot of homes in Big Sky, Moonlight and the Yellowstone Club, the Robbins’ residence flaunts fine craftsmanship and attention to detail. But its size makes it remarkable.

For about a decade, he and his wife Annie wanted to build on acreage up on the hill in Moonlight. But under the covenants, homes could be no less than 5,000 square feet, and the Robbins were encouraged to build far bigger.

Sure, they had the money. Paul’s metal manufacturing companies, ten of them around the world, do $200 million in annual sales. But he and Annie had no desire to escape from their large home in Uxbridge, Ontario, to a sprawling trophy lodge. The key word for them was cabin.

“Cabins should be small and relatively easy to care for. The last thing we need on vacation is more work,” Annie says.

“Nobody got what we were doing. The real estate agent thought I was out of my mind,” says Paul.

Despite the resistance, the Robbins didn’t want to build their dream cabin at another ski area. They’d traveled the world in search of the best snow and terrain. Paul skied, taught, patrolled and raced for years, and one of his companies is headquartered just a half hour from Verbier, Switzerland — famous for its off-piste terrain and 6,000-foot vertical.

“I have a lot of access to a lot of skiing, but I’d rather ski here than anywhere else,” Paul says. “I suppose you could say I’m a (Lone Peak) Tram junkie.”

It was the tram that brought the Robbins to Big Sky in 1996, after they read about it in a ski magazine. In 1999, they bought a cabin and sold it a few years later to buy a two-bedroom in Moonlight’s slope-side Cowboy Heaven development.

But as their three daughters — the twins now 19, and the eldest, 20 — grew up and began bringing friends and boyfriends on vacation, the family was running out of space. They wanted more square footage, just not that much more.

“I was pioneering around in 2008, and I came across a couple of unfinished cabins,” Paul says. They were just shells — begun before the meltdown, sealed up from the weather and waiting out the sub-prime financial storm.

None of them had the acreage the Robbins had hoped for. But there was one, way up at the top of the subdivision — back against the woods and high enough to look out over the homes below — that felt plenty remote. And it had ski-in, ski-out access to the White Otter lift.

It was just about perfect.

The cabin was listed at $995,000 at a time when a million dollars would have bought perhaps three times the square footage, and likely more land. But they had been years searching for something like this, so they jumped in.

“I don’t think [the builder] could even believe they’d sold it. We bought in a terrible market, and still we paid way too much — probably 20 to 30 percent more than the market would say it’s worth. But when you want this cabin on this lot, that kind of becomes secondary,” Paul says.

They partnered with RMR Group, the cabin’s original construction company, to begin the work of finishing it. Paul laid out the interior walls to create two bedrooms with large closets, an indulgent master suite, a guest bath, an airy great room and a small-but-well-appointed kitchen.

Everything is compact, yet quite upscale. A hall closet holds their washer and dryer — a Swedish-made set, stacked and shimmering in a silvery finish. The kitchen holds a built-in Subzero fridge and a hooded Wolf range.

Because of its size, even when it’s just Paul and Annie, it feels warm and intimate. When the girls are there, it’s brimming with the vibrant energy of a family. And come Christmas, it’s downright festive as a dozen or so guests pack the cabin.

“To add a basement or more square footage would just detract from what we’ve got,” Annie says.

Paul agrees, saying that real estate seems a lot like the boat market, where a bigger, nicer boat is always better. People buy the biggest boat they can’t afford, and then neglect it because it’s not the optimum size for ease of use and enjoyment, he says.

“A lot of it seems to be about sex appeal and social competitiveness. But that just creates work and more to worry about,” he says. “And it’s not about spending less, necessarily. You can spend an awful lot on something smaller and be happier.” 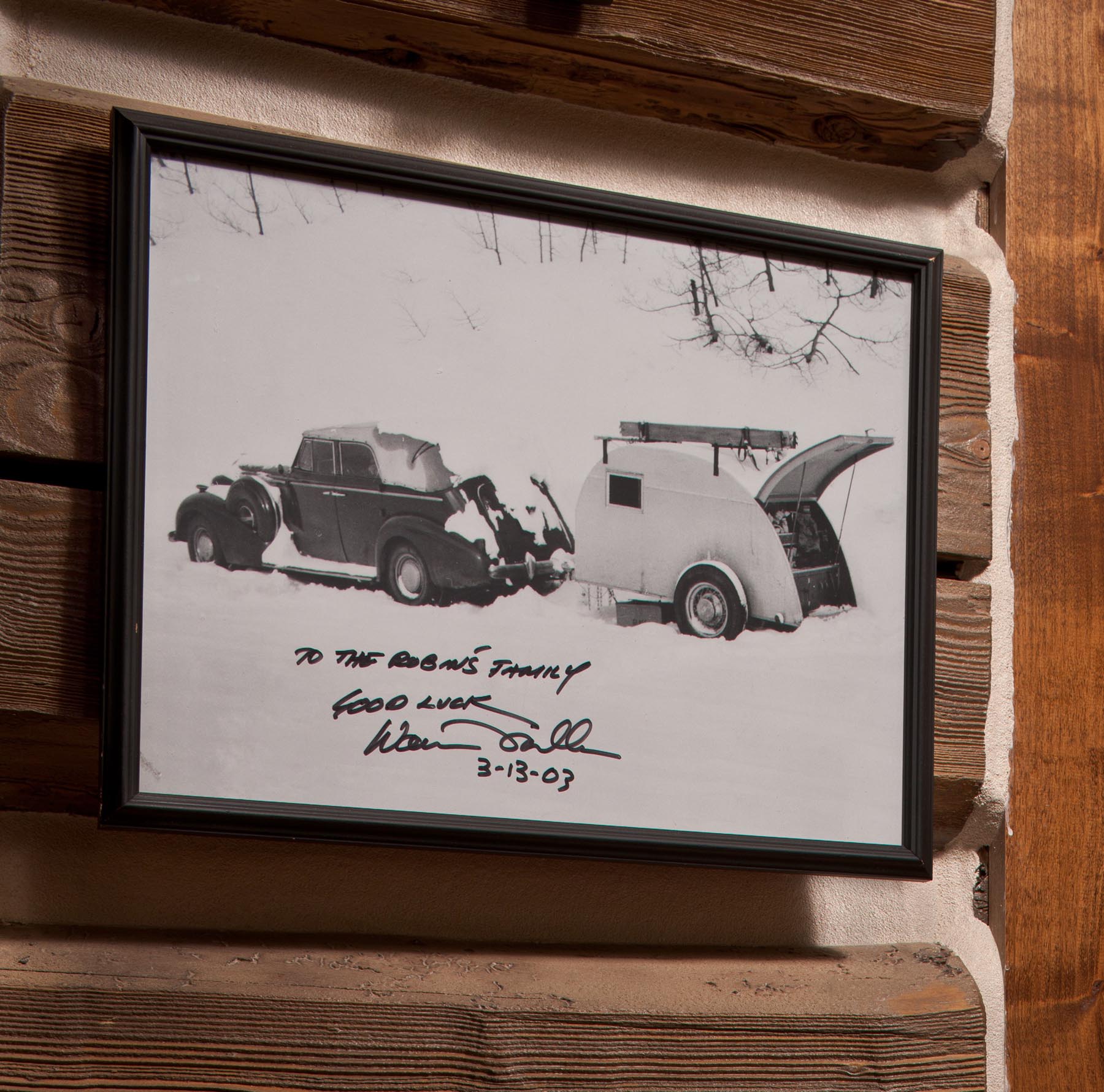 The walls are hung with pictures of skiing lore, including old photos of Warren Miller’s early ski film career, and original sketches by Warren Miller and Doug Coombs, addressed to the family. 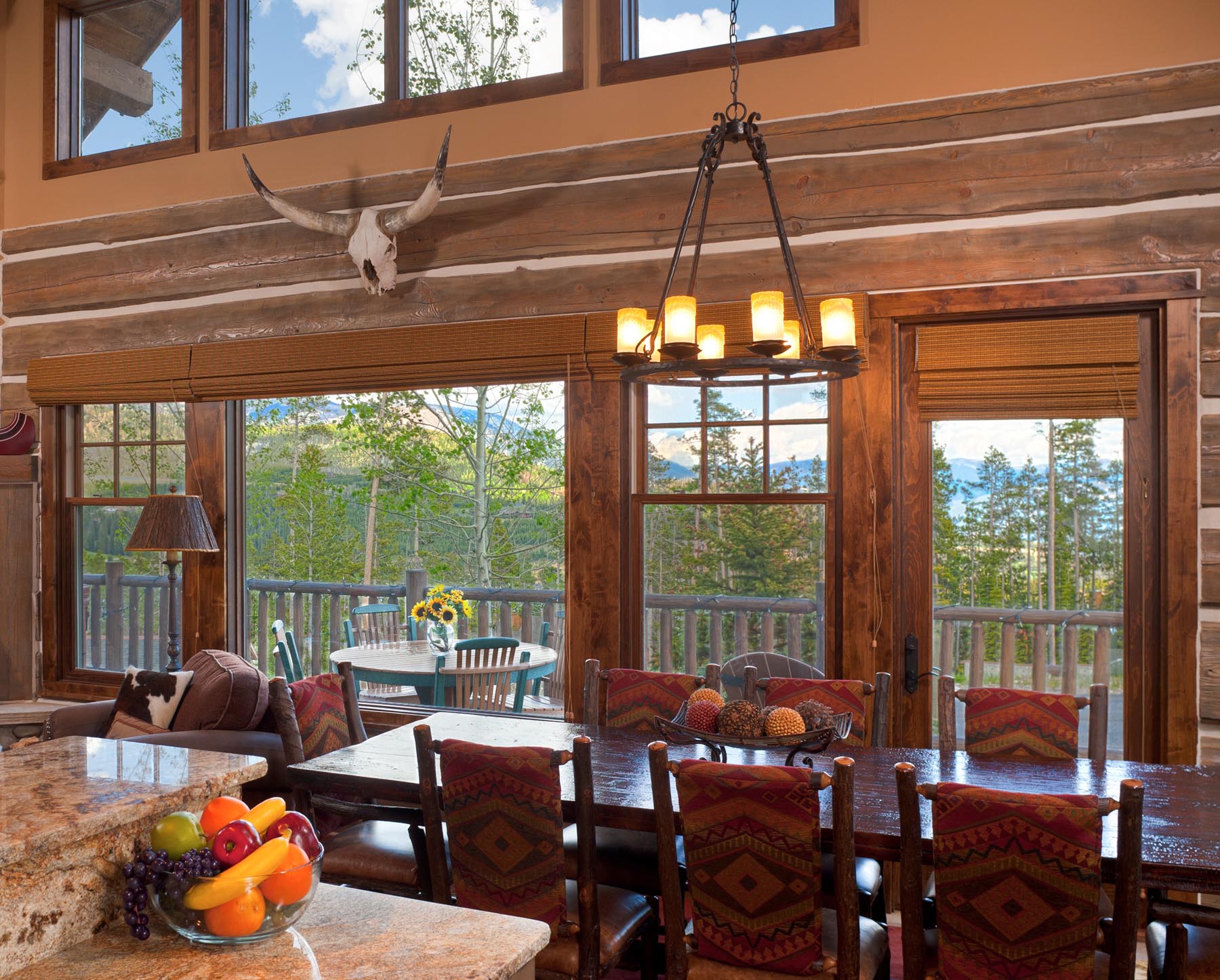 During the day, the Robbins tend to split up and explore Big Sky on their own. When they come back to the cabin, there’s plenty of room at the dining room table to gather around and tell their tales. Afterward, the energetic family will spill out onto the spacious deck and into the hot tub for some aprés ski relaxation. 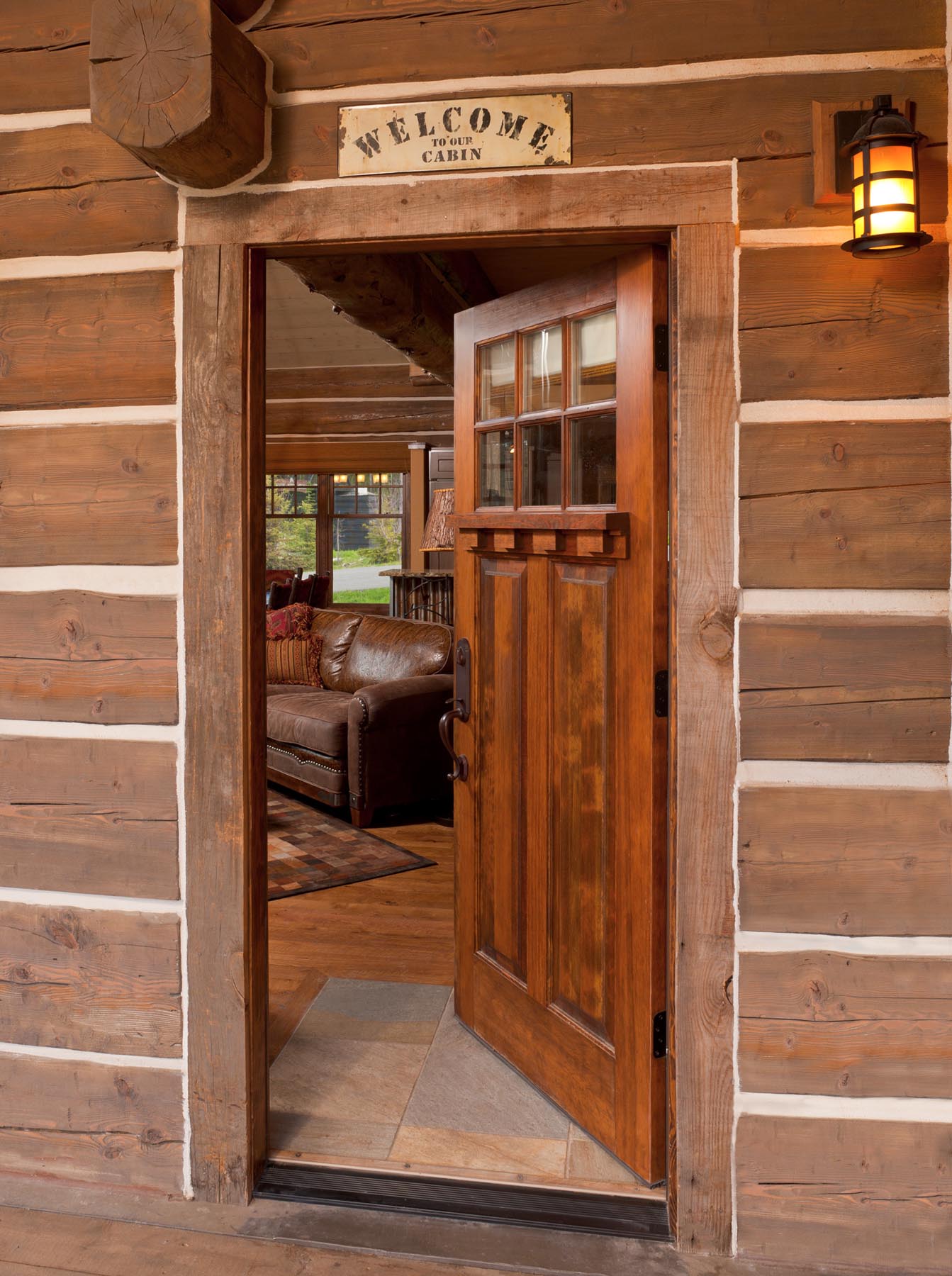 A modest front door makes for an understated entrance to the cabin’s vaulted great room. 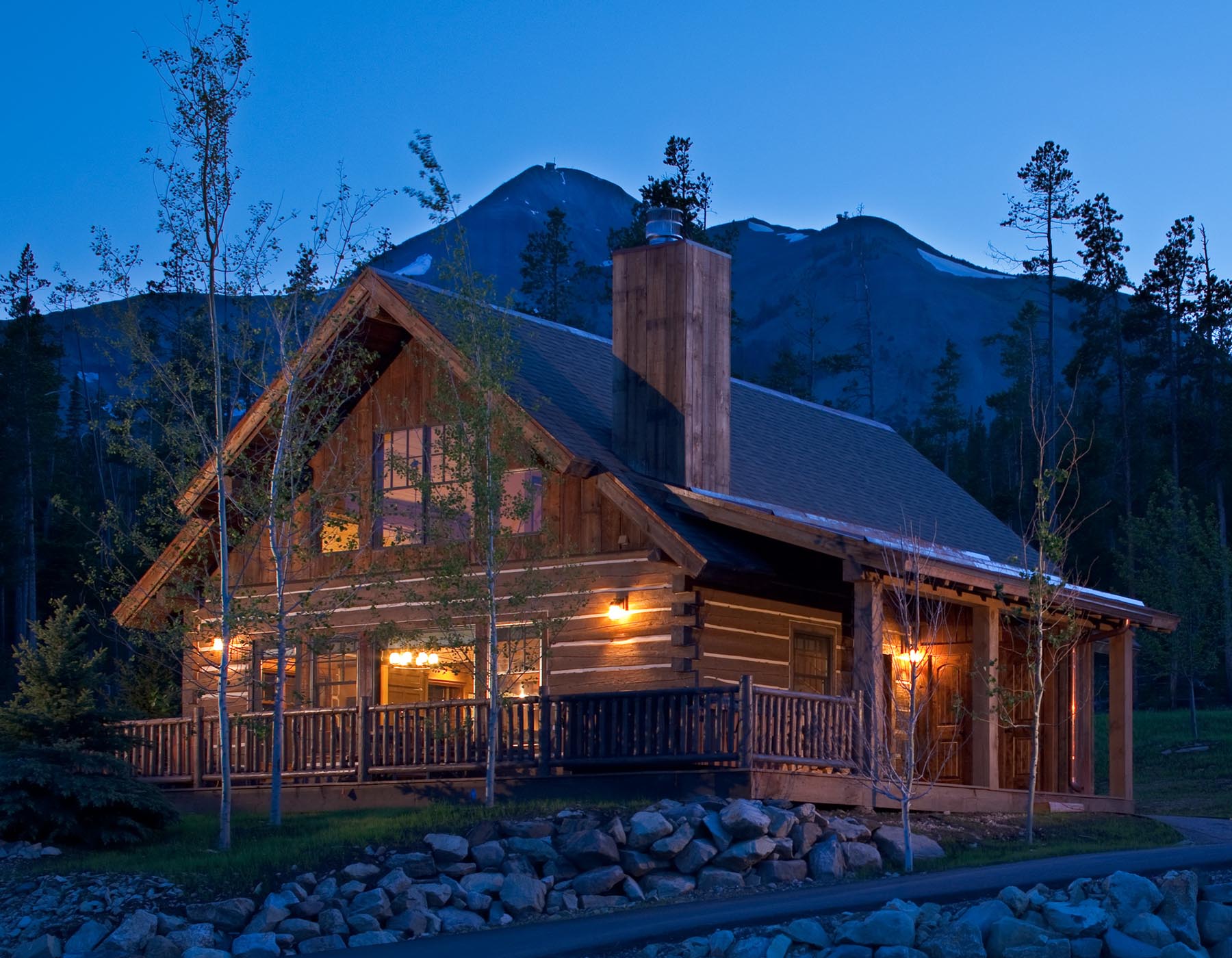 High above the Robbins’ cabin looms Lone Peak, which Paul and his eldest daughter scan each morning before making laps on the Lone Peak Tram. 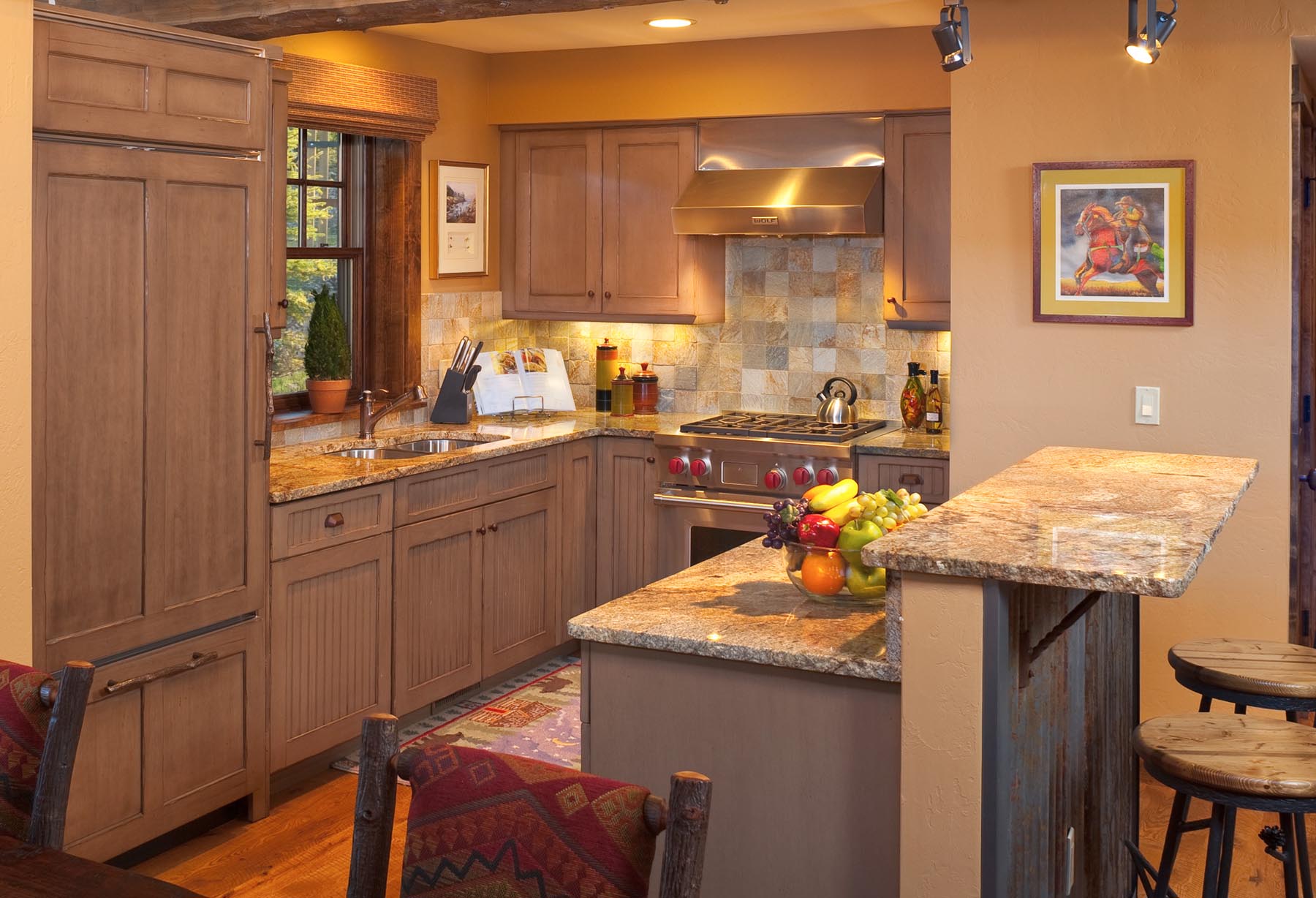 With high-end finishes and the finest appliances, the Robbins’ cozy kitchen echoes many Big Sky trophy homes in every way but size.