NEARLY THREE YEARS AGO in the semi-darkness of an August morning, Nikki Kimball of Bozeman, Montana, vanished into a leafy forest at the northern terminus of the Long Trail in Vermont and headed south. The world-class ultra athlete reappeared hours later, still running, and then disappeared again. She did this for several days until she got to the end of the trail. By the time she was done, her run of 5 days, 7 hours and 42 minutes smashed the women’s end-to-end record on the 273-mile trail by more than two days. Kimball missed her ultimate goal of breaking the men’s record, yet her achievement was spectacular. Finding Traction, released in late 2014, is the documentary film that chronicled Kimball’s experience.

While the run itself is history, the release of the film has served as a catalyst for Kimball to redirect her energies. “I’ve never had time to write a book or pursue speaking engagements because I’ve always had to maintain a professional job along with running,” she explains. But after working on all aspects of the film, from production to fundraising to promotion, the 44-year-old Kimball feels she has gained “confidence as part of an award-winning film, not just as the subject.” Competitively, Kimball has always tested her limits. Departing her full-time job as a physical therapist is a test as well, but it gives her latitude to promote the film and its messages, coach online, and of course, train. Kimball points out a line in the sound track to Finding Traction that says, “Your show starts now,” prompting her to ask, “Why not do what I want to do?”

In a sense, Kimball still resembles the kid who grew up in Chittenden, Vermont, with the Green Mountains’ Long Trail out the back door. She still has the frizzy red hair, the freckles, and the notion that she’s more at home outdoors than in. Kimball was tough then as she overcame a childhood misalignment of her legs by taking up cross-country skiing. She is tough now, still winning 100-mile races in her forties. “Rural areas breed self-reliance,” she says. “I played alone a lot outside, or I hung out with my brother Bill and his friends, trying to keep up with boys four years older.”

Training for a life in ultra competition began decades ago when Kimball played and ran and skied in the mountains of Vermont. She continued on to Williams College (just a few miles from where she finished the Long Trail), where she competed on the cross-country ski team. Kimball has an eclectic athletic resume that includes two winters racing at a national level in biathlon, ski mountaineering competition and snowshoe racing (as a U.S. team member for five years). She has focused on ultra running for the past 16 years. Since 2004, when she moved to Bozeman to be closer to a trail running community, Kimball has traveled the world competing in ultra events, from Africa to Chile to the Alps. She won a 140-mile, five-stage race across the Sahara Desert and a high-altitude 100-miler that circumnavigated the Alps through three countries. Here in the U.S., Kimball is a three-time winner of the Western States 100, and she owns the women’s record and four fastest finishing times for Bozeman’s Bridger Ridge Run.

Her mental and physical resilience may be best illustrated by the Long Trail project. Even with low elevation peaks of three to four thousand feet, the Long Trail (stretching from the Canadian border to Massachusetts along the spine of the Green Mountains) is a particularly rugged New England-style route that squanders no mileage on switchbacks. It climbs straight up and plunges straight down. Insistent rain delayed her progress from the outset. Along the way Kimball duked it out with conditions that were extreme in every way: wet, rocky and muddy with slippery roots, slick, moss-covered rocks, harsh grades and brutish rock formations that forced even the best ultra runner in the world to slide down on her butt. She operated on minimal sleep, was plagued by festering blisters and experienced some tearful lows.

The expedition was a collaborative effort that relied on a crew of 30 — friends, family and professionals — who manned aid stations, filmed, fed, doctored and cheered for Kimball. Pacers accompanied her the length of the trail, including Bozeman training partners Dennis Ball and Jenny Pierce, who ran a combined 200 miles. They carried packs loaded with extra supplies, were invaluable in operating the Go-Pro camera, and were tasked with keeping Kimball’s spirits up.

“It was an amazing opportunity to see somebody dig so deep to do this, to push through the challenges,” Ball says. He likens Kimball’s refueling breaks along the trail to Nascar pit stops, where crew members descended upon her, tending to blisters, checking her weight and proffering energy-sustaining foods. Cheeseburgers were a favorite, and a pocket stuffed with bacon kept her going on the trail. Pierce found the hardest part was urging Kimball on when she was exhausted. “I felt like a horrible friend,” Pierce says, “but we had to keep going.”

It’s all recorded on film, and Kimball is honest and unflinching in her assessment: “An experience like this brings out the nasty parts of a person,” she reflects. “But it’s real, and real is not all that pretty sometimes. I know I can run and endure hardship. I don’t think of running a race as suffering. I think of it as enduring.”

Kimball knows something about enduring, having struggled with depression for much of her life. Running has been her salvation. In the film she says, “Depression is my secret weapon. If an ultra is painful, it’s never as painful as depression.”

Mental health is just one issue in Finding Traction about which Kimball is passionate. The film also is a platform for Kimball to encourage people to get outdoors; to promote equity for women — something she’s been advocating for years on the ultra running circuit; and to urge people, women and girls especially, to set goals and take on challenges. Indeed, the film served as a fundraiser for Girls on the Run, a nonprofit that exposes girls to running at a young age.

Finding Traction is an inspiring antidote from the outset, a testament to Kimball’s profound bond with running. A slow-motion scene reveals Kimball crashing through a mountain streambed crisscrossed with downed trees, waterlogged and green-glowing with moss. With each footfall, her path explodes into a million droplets of water, globules that linger in the air. A single slip on the rocks that lie beneath the surface could wreck the runner’s carefully constructed balance. She splashes on, pulling the water with her, and powers up the opposite bank where the trail turns to a bed of dry autumn leaves.

Scenes like this evoke a spiritual resonance, according to producer and director Jaime Jacobsen, a Montana State University film school graduate. “I like how we were able to show the movement of body through space in a beautiful way and get into that dream space Nikki gets into when she’s running out there.”

Ultimately, Jacobsen praises the universal nature of a film that “plays to different audiences and means different things to different people. Sure, it’s a film about ultra running, but we touch on other human-centered issues.”

The making of the film required its own brand of ultra endurance. Jacobsen’s team featured a cadre of fellow MSU film school graduates who were pushed to the limit as they tried to figure out “how to cover a moving target over rough terrain.” She calls it a “communal shoot” requiring lots of collaboration among the film and race crews. Initial funding came from an Internet crowd-sourced campaign that Jacobsen and Kimball engineered, exceeding their goal of $30,000. While total fundraising fell short of final production costs, that did not affect the quality of the award-winning film. Further, the effort attests to the dedication of Jacobsen and many others who worked on a volunteer basis. Jacobsen says the film would not have been completed without co-production partner Montana PBS, which has aired the film and with whom ownership and copyright is shared.

These days, it is not unusual to meet Kimball running with a pack of ultra pals on the trails around Bozeman, chatting and laughing as they tromp up Sourdough through spring slush or bear northward into the Bridgers from the M Trail. She has a gift for bringing people together, whether it’s for a cause, a training run or a monumental trek across the Green Mountains. Jenny Pierce says Kimball “draws all these amazing people around her because she’s so helpful and so sincere about it all.”

Adds Dennis Ball, “Nikki is a powerful woman mentally and physically, yet she’s a very humble person. During a race, I’ve seen her stop and talk and encourage runners. Her enthusiasm is contagious.”

Kimball will say she has nothing left to prove competitively; her fastest days are behind her. That doesn’t mean she stops competing. In fact, she says, “I’m training as much as ever,” putting in an average of 80 miles a week, combining long runs, intervals and tempo training. The higher the elevation, the better. “I like long runs up at Hyalite,” she notes, “especially Mount Blackmore, because I ski up there in the winter. I love seeing the same trail different times of year, as seasonal changes make it more interesting.” Perhaps it’s the physical therapist in her, or just plain common sense, but Kimball has remained healthy and successful for 16 years of ultra racing.

Right now, it’s all running and advocacy for Kimball. In June she finished second in the Richtersveld Wildrun, a four-day, 150-kilometer stage run in the mountain desert of South Africa. A month later, at the Western States 100, she became the first to finish in the top 10 in her first 10 attempts, running a sub-24-hour race each time. But there’s more to be done off the trail as well. In September, Kimball will speak at the Big Bear Stampede in Gardiner, Montana, an event that raises awareness about depression and suicide. She also plans a three-city October film tour in Vermont, playing to Girls on the Run groups.

For Kimball, the show starts now, and she is poised to put all those thousands of miles running to work, inspiring others, she says, “to crush their fears and go after their goals.” 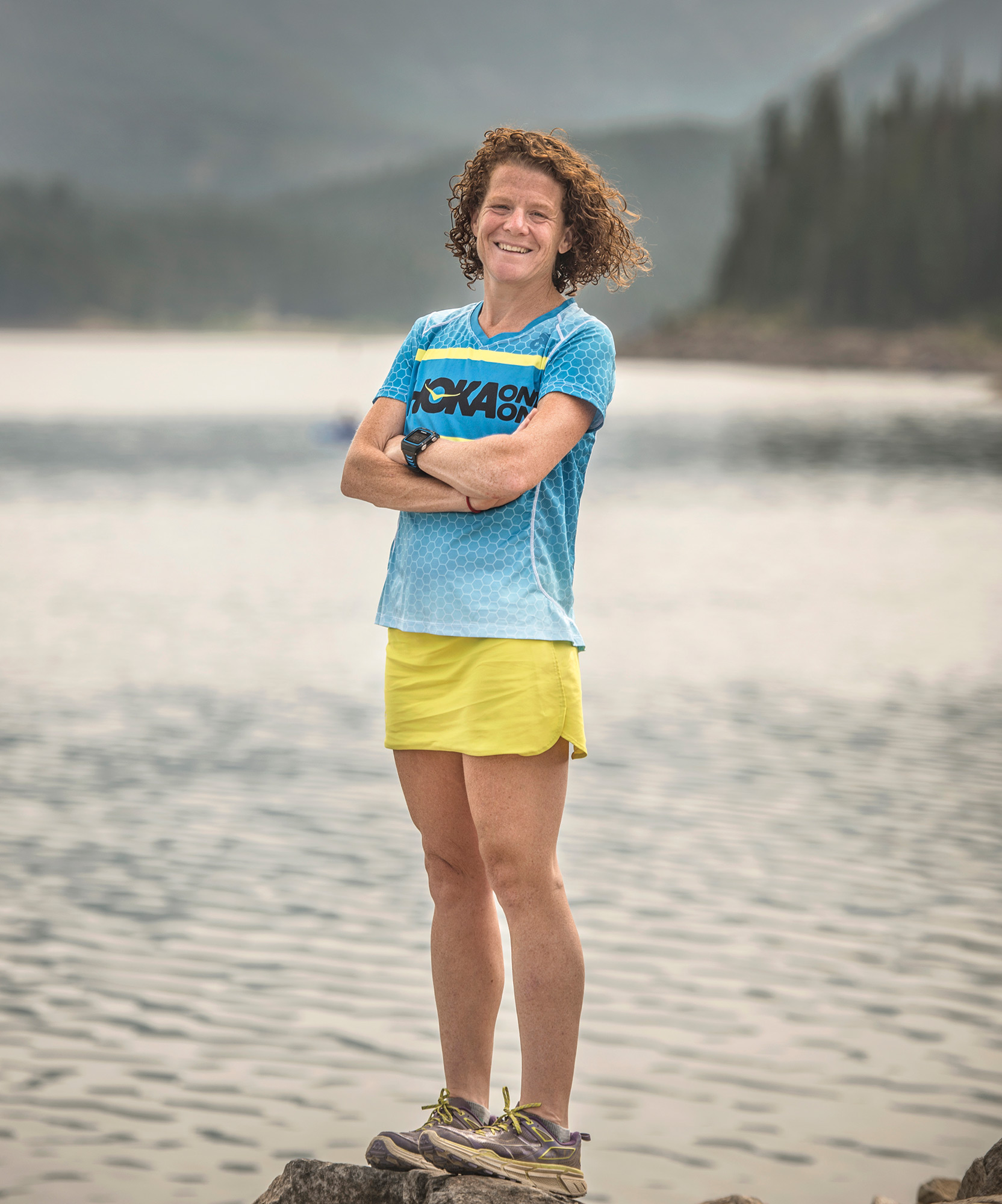 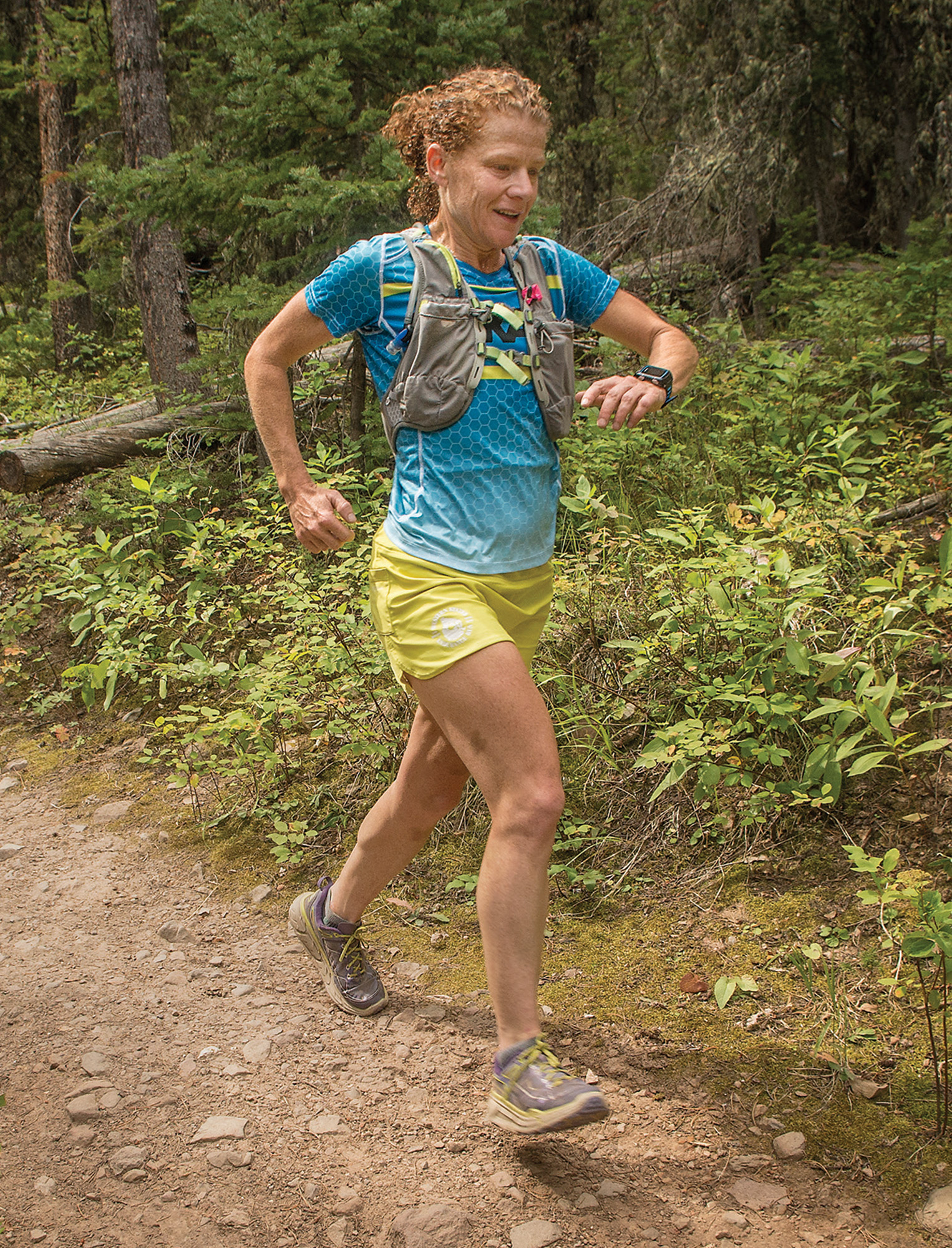