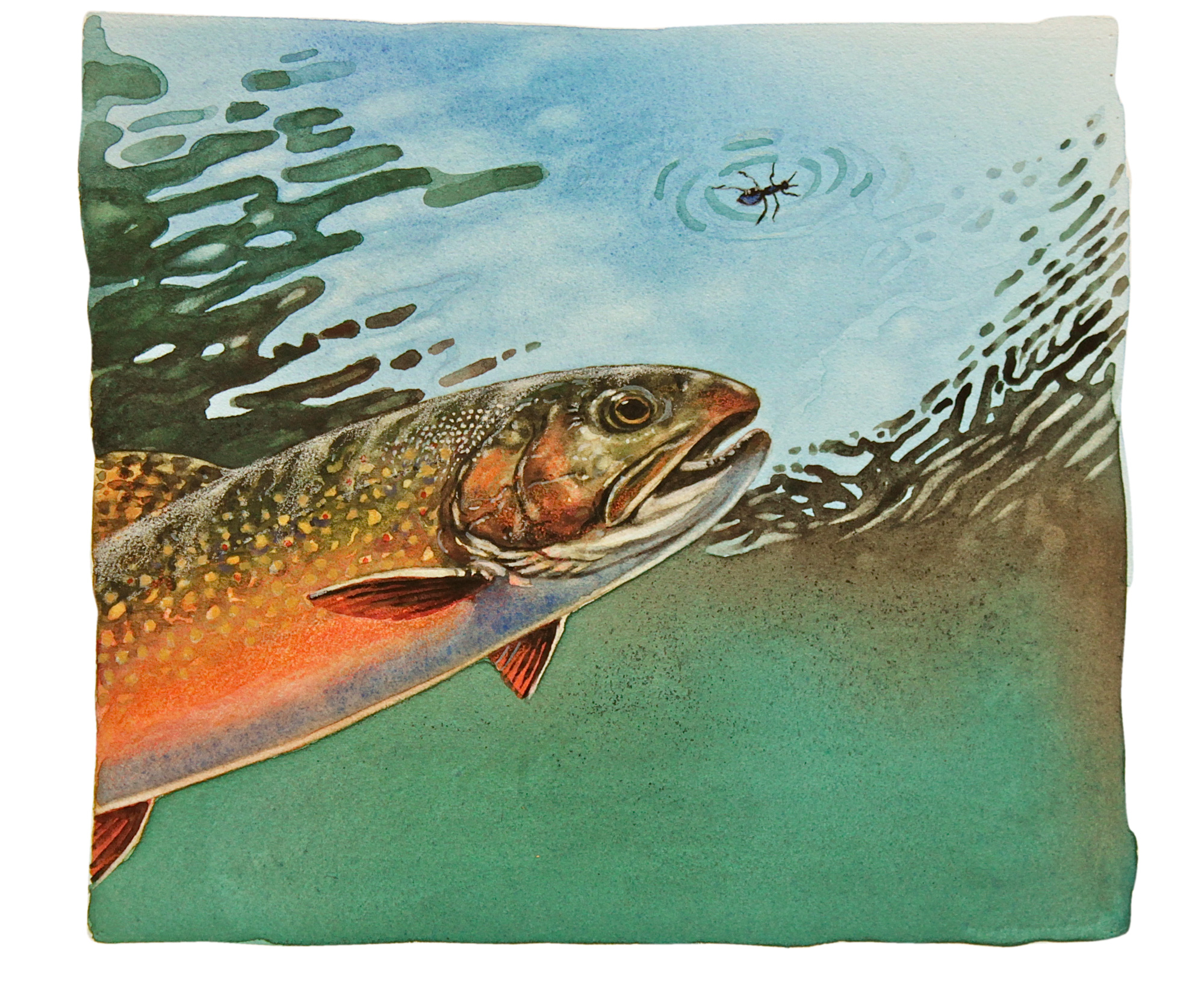 14 Jul Fish Tales: The Not So Compleat Angler

I SAT GLUMLY ON A ROCK BY Trail Creek staring at my huge frayed Wooly-Bugger as my friend Jack moved upstream like a well-oiled fishing machine. Swick, swick, swick went John’s featherweight rod as he tempted the trout with a false cast or two, settled his delicate Olive Dunn on tiny swirling backwaters, responded to the rises gently but firmly, and caught and released trout after trout.

It was an old pattern: I with my ham-handed techniques and Luddite equipment and a friend with his artisan’s penchant for choosing and casting flies with gear so appropriate it would warm the cockles of a Swiss watchmaker’s heart.

I gave a furtive glance upstream just in time to see John hold up five fingers four times — to let me know that he had given 20 trout sore lips, but not all that sore because he had filed his barbs to a point that would cause the least distress to the fewest trout.

I fumbled with my Wooly-Bugger, stroking its hackles as if I were somehow making it more enticing to one of the intellectually challenged trout that hadn’t benefited from its recent learning experience with John, but I gave up on this futile endeavor and gently opened my fly box — gently because it was cracked and barely on its hinges. I rejoiced when I saw, nestled among a few threadbare Flash-A-Buggers, a small gob of black thread and feathers that I had managed to secure on a #14 hook. Maybe they’ll think this is an ant, I thought, recalling the last time I used it, thinking that it might resemble a drowned mayfly.

I removed my Wooly-Bugger with my teeth, tied on the “ant” with my usual double over-hand knot, and slogged toward a small backwater that I assumed John had missed. As I approached it, I gave John another glance and he pointed to said backwater and held up three fingers then drew a B in the air. So, I thought, what if he did just catch three brook trout out of this very hole; there is quite possibly another one that prefers an ant to an Olive Dunn.

As I approached the backwater on my knees, whoop-whooping false casts with my #6 river rod, I was just about to settle my ant on a seam when my rod stopped. It stopped because my ant was stuck on a willow branch a few yards behind me. Since I was already on my knees, I slugged the mud a few times and spoke to my rod as if it might understand Anglo Saxon, then I went back to investigate the situation concerning the willow branch. (I feel compelled to mention the mud slugging episode here because it is not an isolated incident. Over the years I have perhaps grown more proficient at slugging the mud and addressing my rod than I have at casting.) On the willow branch, a long string of real ants was streaming over my fly, but I didn’t notice this until I had made a small bridge with my fingers so that the ants might have easy access to my body.

John didn’t appear to find it odd when he looked up and saw me removing my clothes and holding a lively conversation with the ants while I pinched them from my crotch and underarms one by one and squashed them individually against a boulder — because he had seen it all before. He gave me a brief glance and shook his head then returned to releasing another large brook trout.