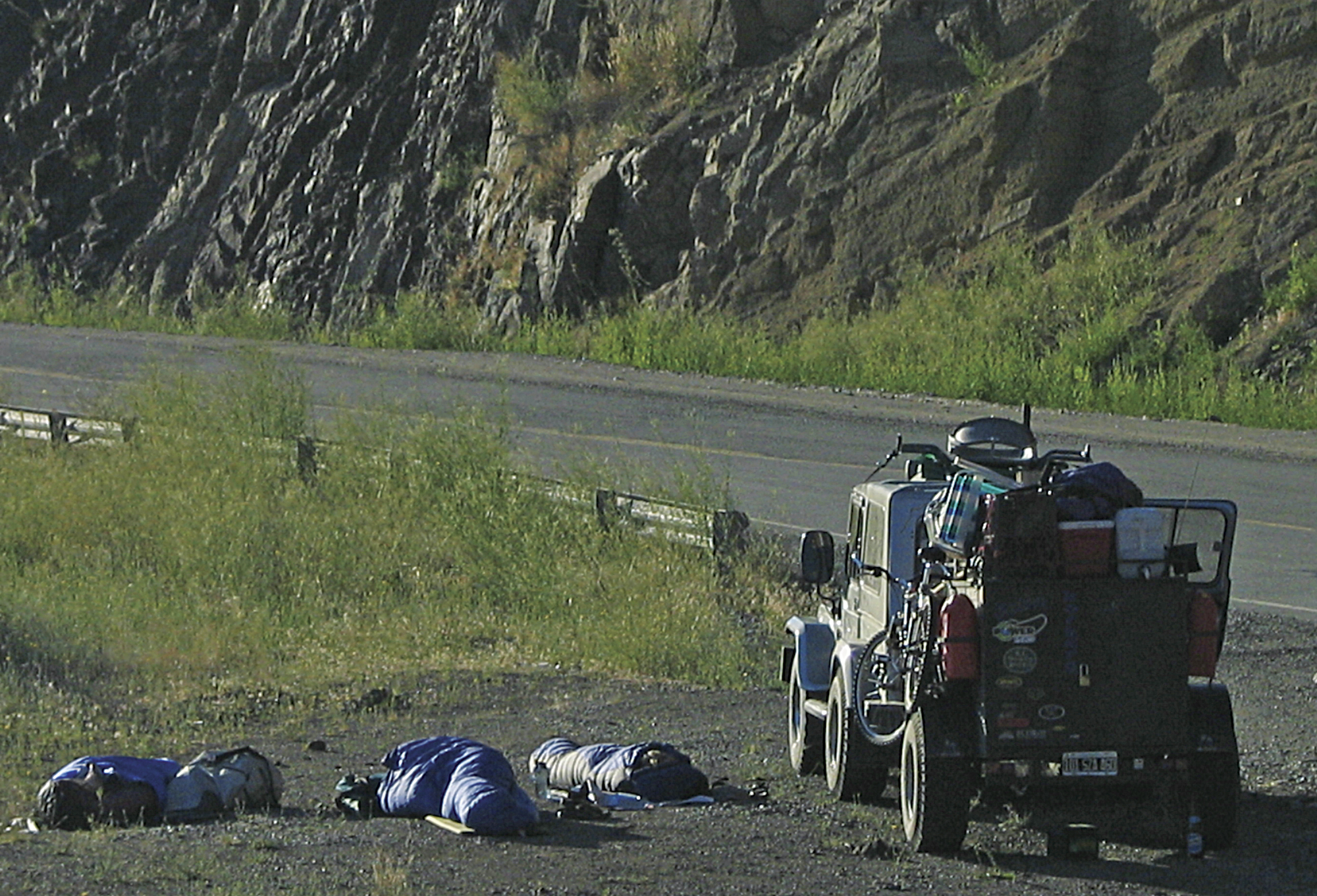 THE LIGHTS WENT OUT and the film started to roll across the big screen. Throughout the theater came the distinct sound of Pabst Blue Ribbon cans popping open, followed by a wave of giggles.

The seats were packed with fishermen — and women. They didn’t come to learn about tying flies, to taste fancy wines or to bid on expensive hand-crafted rods in a silent auction. They came to swill beer with their buddies, maybe win some free gear and watch high-energy, lip ripping, adrenaline-filled fly-fishing movies.

Most of the crowd was young, maybe 18 to 35. A few middle-aged and older fishermen braved the event. These were the guys I was more accustomed to seeing cuss the young guns for anchoring up midriver next to a pod of rising fish. But in this venue, they were sharing laughs, awestruck smiles and beers.

“Shhh,” the father said as he stared drooling and google-eyed at the screen. “Just watch.”

The message of the evening was clear: Don’t overthink it, don’t feel guilty, don’t hold back, just have fun.

What I learned on this night is that the Warren Miller ski-bum crowd had decided to make the move to fly fishing.

“We’re reaching out and touching a demographic that was up to this point hard to reach,” says Chris Owens of Angling Exploration Group Media.

Owens’ group puts on the Fly Fishing Film Tour each year and was instrumental in bringing the energy of adrenaline-soaked adventure films to the fly-fishing world. It is among a handful of trendsetting fish bums-turned-filmmakers, and younger fly anglers in particular, that he and his group found a willing and eager audience.

“I don’t know if this is growing the (fly-fishing) industry, but it seems to be reaching out to the younger guys and it’s surprising,” Owens said.

Before the Fly Fishing Film Tour, about the only videos you could find on fly fishing were instructional. But the sport is popular with both young and old, particularly in fly-fishing destination spots like Montana, where on any given summer weekend you’ll find 20 boat trailers lined up at a fishing access on any of the state’s famous rivers.

Arguably the biggest boost to the fly-fishing industry came in the early 1990s, when Robert Redford released The Movie.

“In our family, there was no clear line between religion and fly fishing,” came Redford’s distinguished narrator voice as he read the first sentence of Norman Maclean’s novella-turned-blockbuster movie.

The Movie, of course, was A River Runs Through It, which took fly fishing mainstream on the casting arm of Brad Pitt. People flocked to sporting goods stores, bought gear, signed up for casting lessons and looked at flight schedules in and out of Missoula.

In 1993, New York Times reporter Barry Meier wrote an article addressing the change, as brought on by The Movie, in the fly-fishing industry. The piece started like this:

“As the morning mist nested in nearby trees, fly fishermen stood thigh-deep in the sun-warmed waters of the Beaverkill River here and cast their lines like gossamer lariats in search of the last trout of summer.”

And though A River Runs Through It was a fine movie based on a phenomenal book, it doesn’t do much to appeal to a young crowd begging for fly fishing to be more approachable.

In 1992, when Pitt was casting to mechanical Hollywood trout on the silver screen, in Oregon a young Chris Owens was already falling in love with the sport. Fast forward 11 years and you’ll find Owens still in Oregon, but now with a college degree from Montana State University, a summer job as a fisheries biologist in Alaska and an itch to become a trout bum — think Kerouac and Maclean set to the tunes of a Bob Marley album.

Owens and a handful of similarly minded buddies decided they’d save up for an epic fly-fishing trip to South America. The goal: Fish the length of Argentina. Bringing a video camera along was just an afterthought, Owens said.

Many of his fishing buddies were already ski and snowboard bums. They had a passion for the high-adrenaline ski movies that were made popular decades ago by Warren Miller.

Owens wanted to film himself and his buddies catching huge fish on exotic, untrammeled streams while living on a shoestring budget in a faraway land.

“We were down there for five months and we went from the top of Argentina to the bottom,” he said. Then they came back and began work on the film. They first produced short teasers and handed them out to everyone in the industry they could reach and eventually the buzz around the movie grew louder.

The title of the film was Trout Bum Diaries I: Patagonia.

Owens’ and AEG’s next move was to capture the momentum of their movie and combine it with films that like-minded fly fishermen were making, and then take the show on the road.

Across the country — from Minneapolis to Seattle — people turned out to see what the Fly Fishing Film Tour was all about.

“It was then I thought there might be a possibility that we might be able to make a living at doing this,” Owens said.

Turns out that Owens and his buddies struck a chord. Across the Northwest they found enclaves of young fishermen who guided in the summer and skied all winter. “Everyone’s got their little fly-fishing epicenters,” he said. “It’s really awesome when you can get an entire town of fly fishermen down to drink beer and just party.”

Certainly technology and the Internet have aided this transition in fly fishing. Amateur filmmakers can turn out decent-quality stuff without much investment and put it directly on YouTube or a personal Web site.

Owens and AEG may have started the film tour, but they were hitting the scene the same time as other filmmakers, such as Felt Soul Media and Travis Rummel of Colorado.

Rummel hit the scene in 2005 with The Hatch, a film about the famous salmonfly hatch on the Gunnison River in Colorado. Along with incredible footage of fly fishing the Gunnison’s Black Canyon, the film also contained a strong conservation message about the fragility of the region and the river.

Another group of filmmakers followed suit in 2007: Team Fly Boys. The Bozeman, Mont. group launched a steelhead expedition to British Columbia’s extreme terrain with helicopter and video camera in tow. With the tagline “Fly fishing for the next generation,” they produced the adrenaline-pumped film Raising the Ghost for young, conservation-minded fish junkies to tap into the new breed of angler.

And it hasn’t just been films targeting a young fishing crowd. Magazines like The Drake have published edgy articles focused on adventure and experience in fly fishing. The Drake also sponsors the Fly Fishing Film Contest and its Web site is an online portal to a variety of fly-fishing interests.

With the diversity in media has come the shift in the way the fly-fishing industry markets its gear. Diane Bristol, director of marketing at Simms Fishing Products, in Bozeman, said that for them the change began in 2000. The company realized many of its competitors were marketing gear in magazines by using colorful pictures of beautiful scenery and idyllic fishing conditions. Simms decided to be different and used black-and-white photos of real fly-fishing guides using Simms gear in nasty conditions. The message: Our gear is for extreme fishermen.

“For us it’s the authenticity of the brand that’s really important,” Bristol said. “Guides are wearing this stuff because it works. If it’s good enough for a guide then it really should be good enough for the general angling consumer.”

Simms has embraced the shift in the industry, because the high-energy adventure movies and magazines are bringing in something new and expanding the market. “Anyone who started watching Warren Miller in the late ’70s appreciated the excitement and enthusiasm the crowd has for those movies. We didn’t have that before,” she said. “Seeing that trend that took place in the snowsports industry come into the fishing industry was really exciting for us.”

Simms now has fly-fishing videos on its Web site and users can submit their own fishing photos. “It demonstrates that we’re not just about selling gear, we’re about people fishing,” Bristol said. And ultimately that’s what it comes down to — fishing.

April Vokey is a fly-fishing guide in Chilliwack, British Columbia. She’s been fishing since high school and now at 25, she’s looking to continue to expand the sport, not just for a younger crowd, but for anyone and everyone. “It feels good for the body, mind and soul,” says Vokey.

Plus, at the heart of fishing is conservation. Even if a particular video doesn’t talk about conservation, it’s implicit in the sport and the activity, she says.

The older fly-fishing crowd already continues to invest in conservation. Now it’s time to engage the younger generation in the effort.

This may be the main difference between the cagey, old fly-fishing veterans and the young up-and-comers: Secret fishing spots are no longer important. Tips, gear and techniques get shared because good fishing helps keep newcomers excited about the sport.

“I just think that the more people we have involved in the sport, even though it totally conflicts with my own selfish needs, it will help the environment,” she said. “To really be passionate about anything, you have to experience it.”

Now in its third year, the Fly Fishing Film Tour kicks off in February 2009, bringing, edgy independent flicks to hype up eager fishers for the coming season. Footage from AEG’s most recent expedition launches a different series, more rugged than the first features, Fish Bum I: Mongolia – River Wolf. They embark on an adventure for 62 days to five rivers, covering unexplored territory via horseback, camel, bush vehicles and hiking boots all in the search of the largest known trout in the world, and the message is this: This ain’t your daddy’s sport anymore.

Editor’s note: The third annual Fly Fishing Film Tour is coming to a theater near you. Go to: www.aegmedia.com/FlyFishingFilmTour. 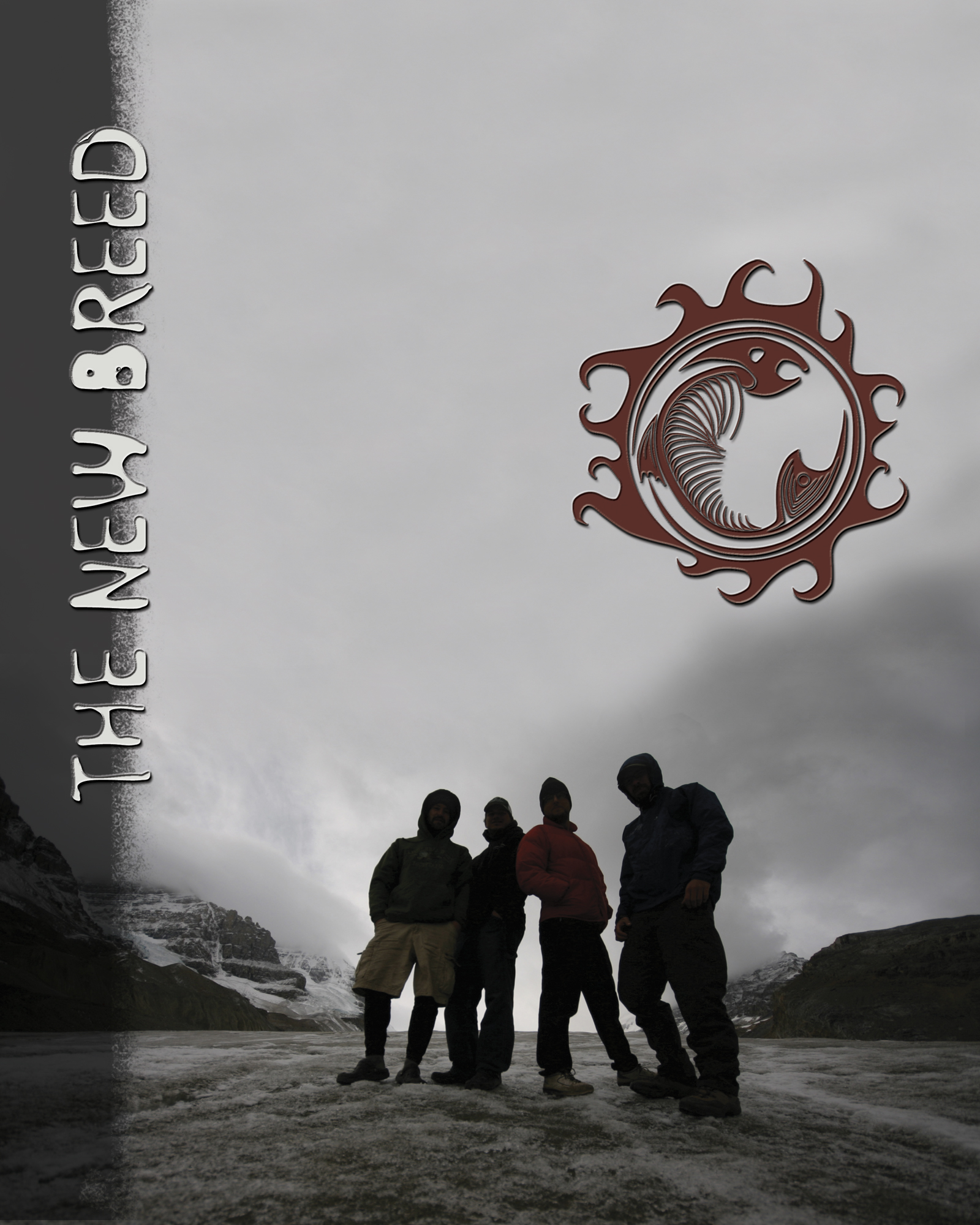