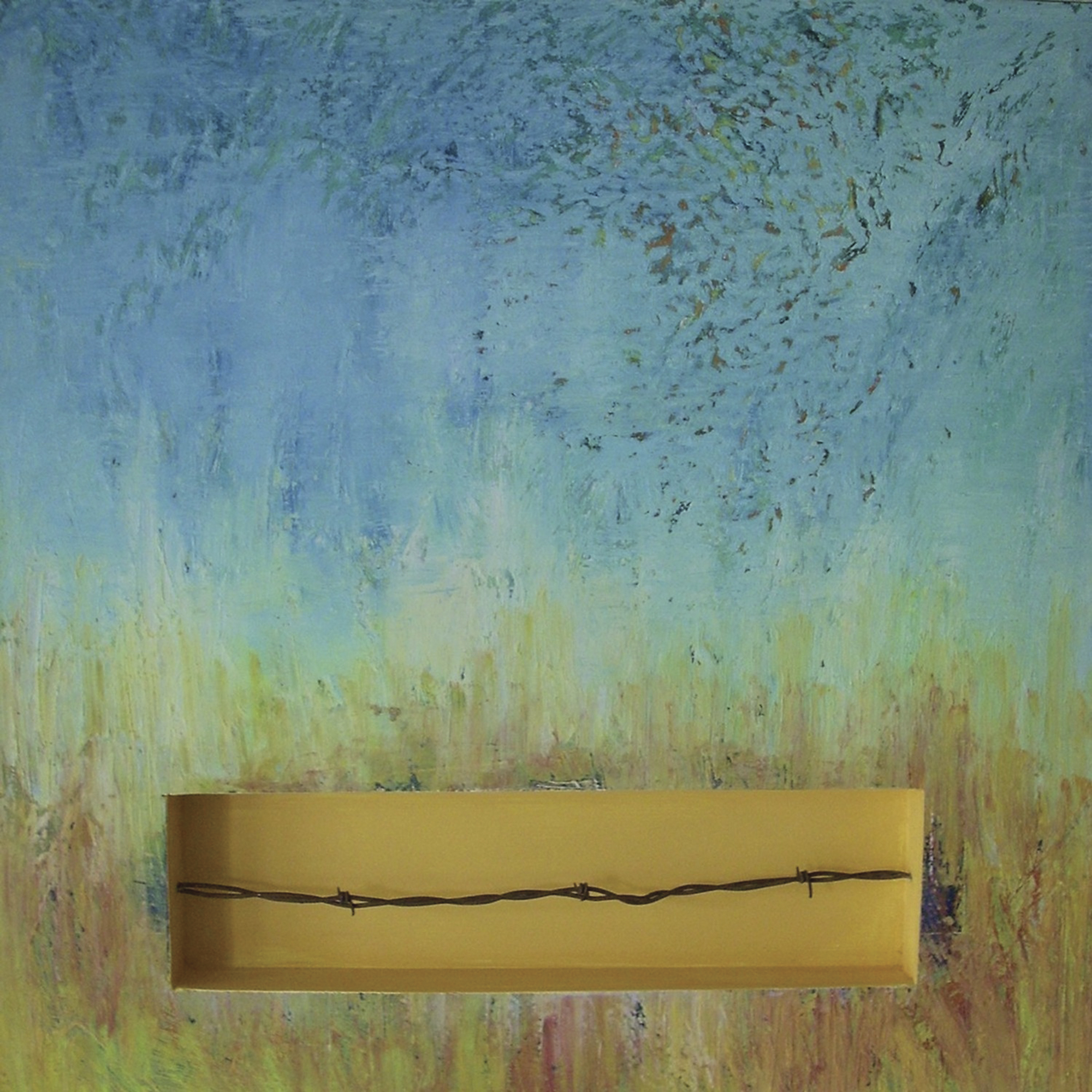 23 Jul Artist of the West: The Mind of an Artist

YOU MIGHT THINK THAT A PROLIFIC ARTIST with the last name Apgar would be churning out bucolic national park scenes complete with spilling watrfalls and resplendent, color-busting wildflowers. But not Kelly Apgar. At least not for now — although things have a way of changing in the mind of this artist.

With a name like Apgar, you should paint Glacier Park, people tell her.

This is not to say that she does not love Glacier. Apgar, 50, speaks with a deep pride of her historic ties.

As she tells her family history, from her Somers, Mont., home, it’s hard not to notice the sheer quantity of art that is carefully placed on every available wall of the airy, light log cabin built by her husband Glenn. Offset by massive widows and tall ceilings, the artwork fills the space naturally, without a crammed, forced look.

Milo had a passion. So does Kelly.

It’s easy to feel the passion and energy that emanate from this fast-talking woman. Fellow artist, Mary Kelly, one of 12 who share space with Apgar in the Kalispell co-op, Paint Metal and Mud, affirms this testament. “Kelly is so absolutely passionate about art — she just lives and breathes it. It’s almost to the point that she doesn’t talk about anything else. When we get together, we just talk about art the whole night,” Mary Kelly says.

This zeal began as a child when Kelly was a self-described “little art geek.” Ultimately, her schooling led her to achieve a B.A. in Fine Arts from MSU-Bozeman where her interest in cattle marker art began, the unique medium for which she is best known.

“Her cattle marker paintings are her trademark and you recognize them immediately,” says Mary Kelly. “They don’t look like anyone else. She is so creative — and not only creative, but prolific too. I think she is one of the best new artists around.”

Kelly Apgar’s use of cattle markers began in Bozeman when a group of art students started using them because they were so inexpensive. “They are oil paints in a stick form, but you could pick them up at a livestock ranch supply store for 50 cents,” she says. “It was about big, bold, abstract, colorful stuff, which was a perfect medium for students.”

But her love of the hand-held pigment goes beyond economic. “You have an intimate connection with what you are applying. There is a limited palette available and it teaches you about colors. If you want to make a color, you have to figure out how to do that — how colors have to harmonize with each other.”

While raising a family and working as a graphic designer, true to her non-linear form, at age 40 she enrolled in the University of Great Falls and received her elementary-special education certification. Later, she moved on to work as the education coordinator for the Hockaday Museum of Art in Kalispell and as an elementary school art teacher. On school breaks she would work on her own art, but teaching left very little room for her artistic spirit to grow to the heights she aspired to.

“That’s really what broke it for me — the lack of time. I was in my late 40s and I always knew I wanted to pursue my work full time and just knew I would have to jump. And so that’s what I did.”

So she quit her job, sold their house in Kalispell, and bought a four-acre property in Somers. She began her full-time art career in the winter of 2006 while living in a 28-foot camp trailer, painting in a shed with a propane heater through the winter while Glenn worked a full time job and built their new home. Fourteen months later, they moved in.

Today, Apgar is ever-experimenting with new directions and applications. The upstairs loft of her home is a clean, open studio without railings and she usually works with one or two German Shepherds at her feet, dogs that she rescues. A sure way to authenticate her work in the future will be to look for a Shepherd hair embedded in the pigment. She is working on a series of shelter dog oil paintings.

The biggest change in her recent work is that she is doing more storytelling with her imagery. One example is a series of people whose faces hold no expression, just a crossed line where the eyes and nose should be. Looking at the forms, the viewer is forced to come up with a story and emotion from the seemingly expressionless faces.

“People really love it or they really don’t. I can take a flat two dimensional surface, two or three colors, and a T on a facial form, and that’s all the information you need to create a story. Who are these people? What are they doing? It’s irrelevant — but the viewer has to interact with it.”

The neat and orderly loft upstairs represents one part of her mind, complete with a computer that lists juried shows, deadlines, and submissions; but leave the soaring views of the big windows and descend the stairs to the basement, the chaos down in the muted light shows a different part of her psyche.

“This basement is more how an artist is thinking and working,” she admits, almost immediately, referring to the cluttered scene. “You are almost overcome with the amount of stuff, the amount of potential, and the amount of mediums that you can use.”

Black and white linocut prints hang from a string, clipped with clothes pins, a medium she most prefers to work on during the winter months when she feels like she has more time to explore, carving out the backwards images on heavy pressed cork board.

“I love the black and white — the timelessness of the imagery. In the winter I always feel like I can spend the time on the woodcuts without asking myself if I am getting anything done. In the summer, with the weather and the light and the opportunity to paint outdoors, I feel like I really need to focus in those areas.”

On a table below the hanging prints, all manner of artistic supplies are scattered, and on the wall hang mixed media experimental pieces, rocks and limbs from birch trees placed inside hand-cut board colored with cattle marker and graphite. The basement is a mess of a scene — but somewhat beautiful.

Apgar plays with shapes, color and texture, creating the elevated and ethereal images that dance amidst the bold colors. She’s creating colors and playing with new techniques while grasping at ideas from the soaring reaches of her open air loft to the ordered chaos of her darkened basement. And while Apgar isn’t linear, is any true artist? Would any true artist want to be? She’s breaking away, bouncing and bounding, recreating and reinventing her art on the move. 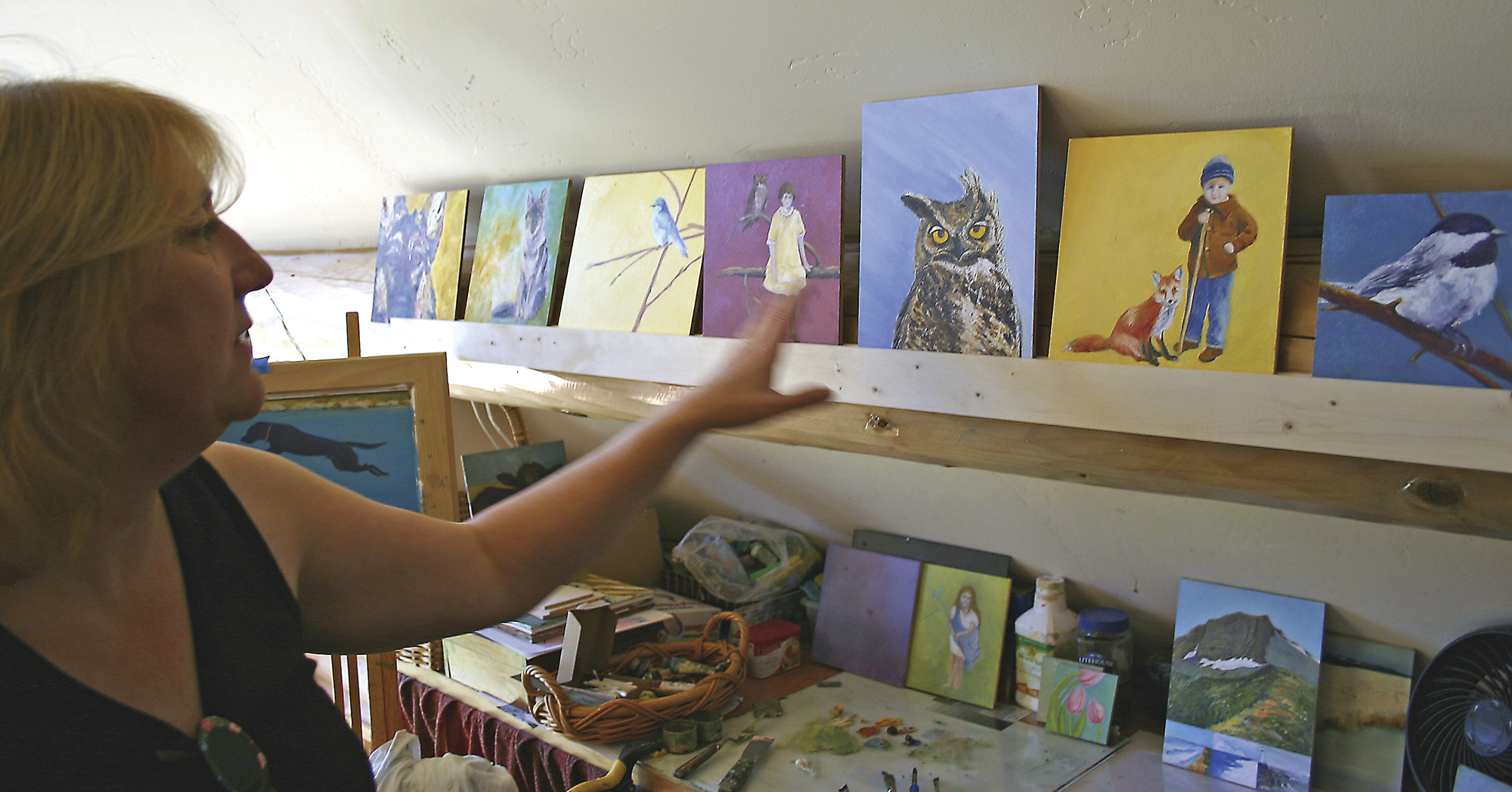 Artist Kelly Apgar in her studio in Somers, Montana. 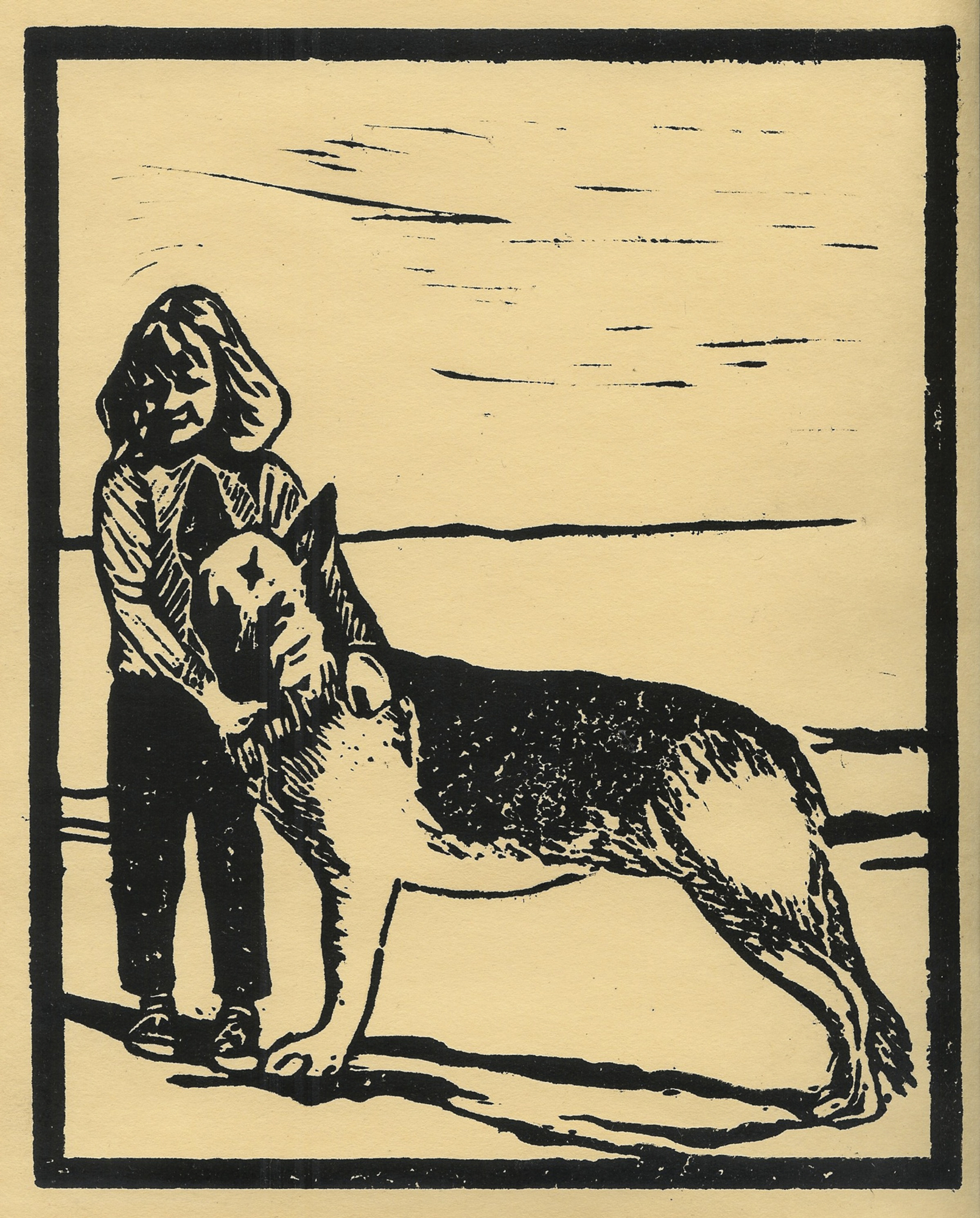