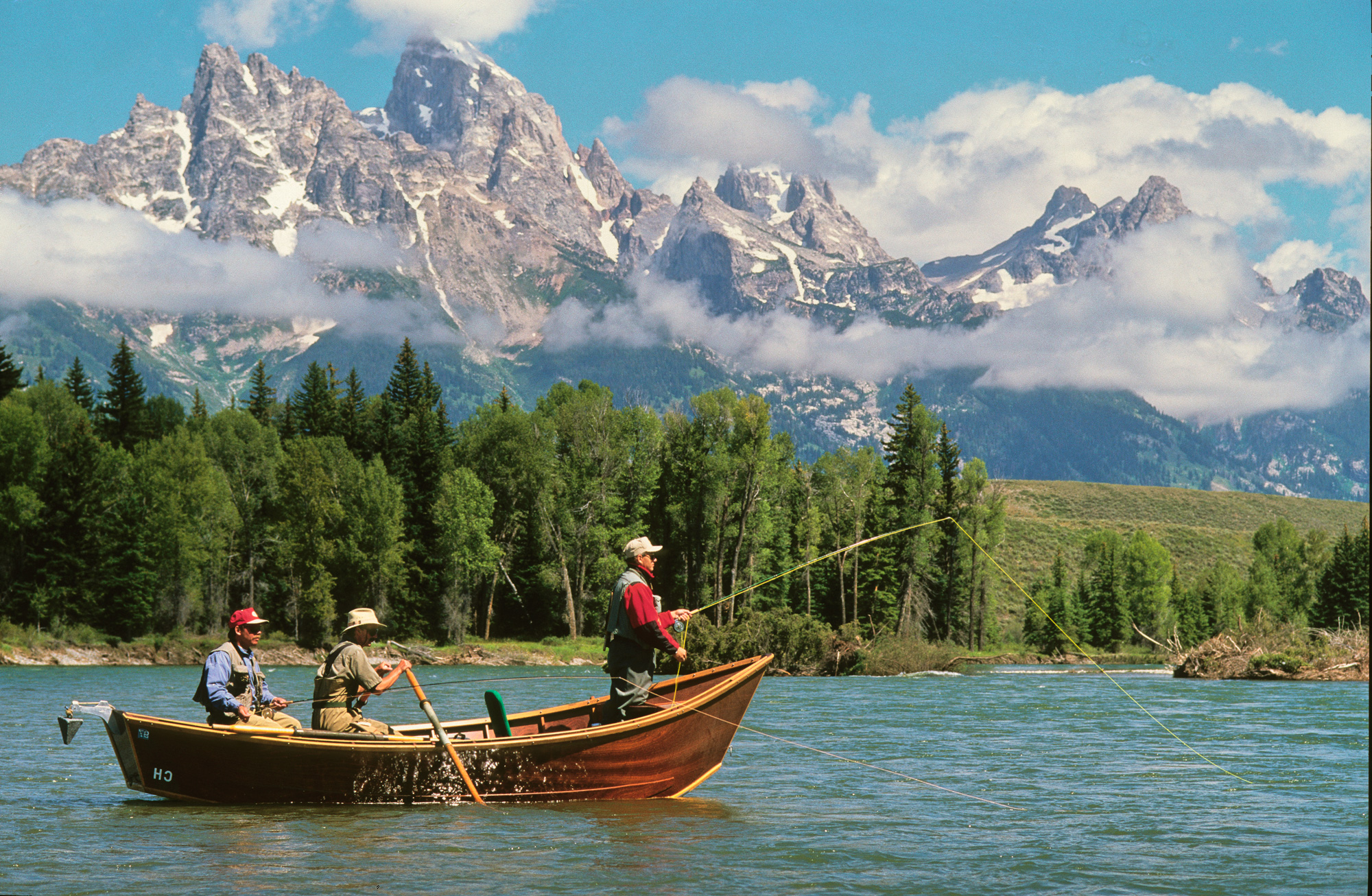 PICK A FLY — one fly — and fish with it all weekend. No swapping out; no second chances if that fly is lost. It’s a fairly crazy idea, especially applied to a breed that prides itself on the size of its tackle box. Even crazier? Over its 26 years — September 6-9, 2012, is the 27th One Fly — the Jackson Hole One Fly and its partners have raised nearly $10 million to fund 100-plus projects conserving native trout fisheries.

“These numbers are pretty amazing for a group that meets once a year for three days,” said John Mortensen, the current chair of the Jackson Hole One Fly Foundation and either a board member or competitor every year since the event’s founding.

In 1986, when Jackson Hole fly-fishing legend Jack Dennis founded the One Fly, conservation wasn’t the goal. Camaraderie and fun were. And if the event brought some attention to the Snake River fishery, all the better. The event got serious very quickly though.

“In the first hour of the first day of the first year, we lost a guide,” Mortensen said. Guide Peter Crosby drowned. “The event is lucky it survived that day, really. It was a tragedy. Rather than focus on the loss though, we made the decision to rise above it, which is what we thought [Peter] would have wanted. We fished the next day and the next year, taking it one day at a time.”

The One Fly’s first fundraising efforts came out of Crosby’s death. Jack Dennis made the commitment to paying the Crosby kids’ college tuition. “We started raising money to do that the very next year,” Mortensen said. “We eventually raised enough to get both kids through college.”

“After that, we had a mechanism for raising funds,” Mortensen said. “We looked at what else we could raise money for. Putting it toward trout habitat seemed obvious.” The One Fly awarded its first conservation grant in 1993: $3,000 to the Gros Ventre River Stream Improvement Project.

For the next decade, the One Fly continued to do similar grants, albeit awarding slightly larger amounts of money. And then in 2003 the organization went big. “We entered into a partnership with the National Fish & Wildlife Foundation,” Mortensen said. A 501(c)(3) nonprofit that preserves and restores the country’s native wildlife species and habitats, NFWF was created by Congress in 1984 to match public conservation dollars with private funds.

“We were perfectly aligned with each other’s goals,” said Krystyna Wolniakowski, NFWF’s Western Partnership office director. “The One Fly is a private foundation effective in raising local funds for local conservation projects. [NFWF] gets federal money to give to private partners.” Mortensen said, “It’s a perfect match in that the One Fly provides the financial resource and NFWF is the steward and manager of that resource.”

Since the two groups have partnered, they have supported more than 100 projects resulting in more than $9 million for stream improvement and fisheries assessments in Montana, Wyoming, Idaho, Colorado and California. “The partnership with NFWF has been huge leverage for us and the kind of good that we can do,” Mortensen said. “They match the money we raise at least dollar for dollar every year and then additional partners match even more. In the end it turns out that a $1 donation to the One Fly can do $9 of conservation work.” Grants are awarded annually with applications due sometime in February. The JHOF Capital Foundation, a separate board from the Jackson Hole One Fly Foundation, which organizes the actual event, usually receives between one and two dozen grant applications. It is the Capital Foundation Board that decides how to manage and leverage the funds raised.

Over the years the One Fly has partnered with pretty much every group, organization and entity that works on habitat in the Greater Yellowstone Ecosystem: Bridger Teton National Forest, Bureau of Land Management, Friends of Pathways-Jackson, Friends of the Teton River, Grand Teton National Park, Henry’s Fork Foundation, Snake River Fund, Teton County Conservation District, Teton Regional Land Trust, Trout Unlimited, Town of Jackson, University of Wyoming, Yellowstone National Park, and the list goes on. “It’s not just a partnership between NFWF and the One Fly, but the dozens and dozens of partner organizations actually doing the work on the ground,” Wolniakowski said. “We don’t work with any other foundation like the One Fly. It is a very unique partnership we have, which is fitting since the One Fly event itself is so unique.”

Money comes from team entry fees, which are $5,000 for a team of four, as well as donations and an annual silent and live auction held the night before the first day of fishing. Also helping the event’s bottom line is that all board members are volunteer. “Essentially all the money we raise goes into the resource,” Mortensen said.

As the amount of money available has increased so has the breadth of the conservation projects funded. In the 2010-2011 grant cycle, The Henry’s Fork Foundation received nearly $700,000 to design and construct a 288-foot long fish ladder at the Chester Dam on the Henry’s Fork. The 13-foot-high Chester Dam has blocked upstream fish passage since its construction in 1938. This project will connect the watershed below the dam with about 100 miles of upstream rivers and streams.

“Where we are and what we’re doing today would have been undreamt of by any of us who fished the first One Fly,” Mortensen said. “We just wanted to fish and have fun.”

It is thanks to the One Fly and NFWF that Trout Unlimited was able to remove a dam that blocked access to 40 miles of trout habitat on Spread Creek in Grand Teton National Park. There has also been habitat monitoring, surveying and evaluating done. Toilets have been built at boat ramps and educational experiences for middle schoolers funded. According to Wolniakowski, who has been coming to the One Fly since the NFWF/JHOF partnership started, in the coming year the organization will be evaluating where there’s been significant improvement in habitat for trout and identifying where more work needs to be done. While the results may not be statistically conclusive, what’s clear is that that because of the One Fly there have been many miles of stream bank improvement and the efforts will continue through strong partnerships.

“The bottom line is that we couldn’t do what we do without the One Fly’s help,” says Mike Lien, Restoration Director at Friends of the Teton River. “One Fly grants really help us do our on-the-ground work. Because of this work, trout populations in the watershed are increased and water quality has improved. The river is healthier.”

Before and after images showing the increased stream flow results achieved by the Yellowstone River Streamflow Restoration project in Montana. 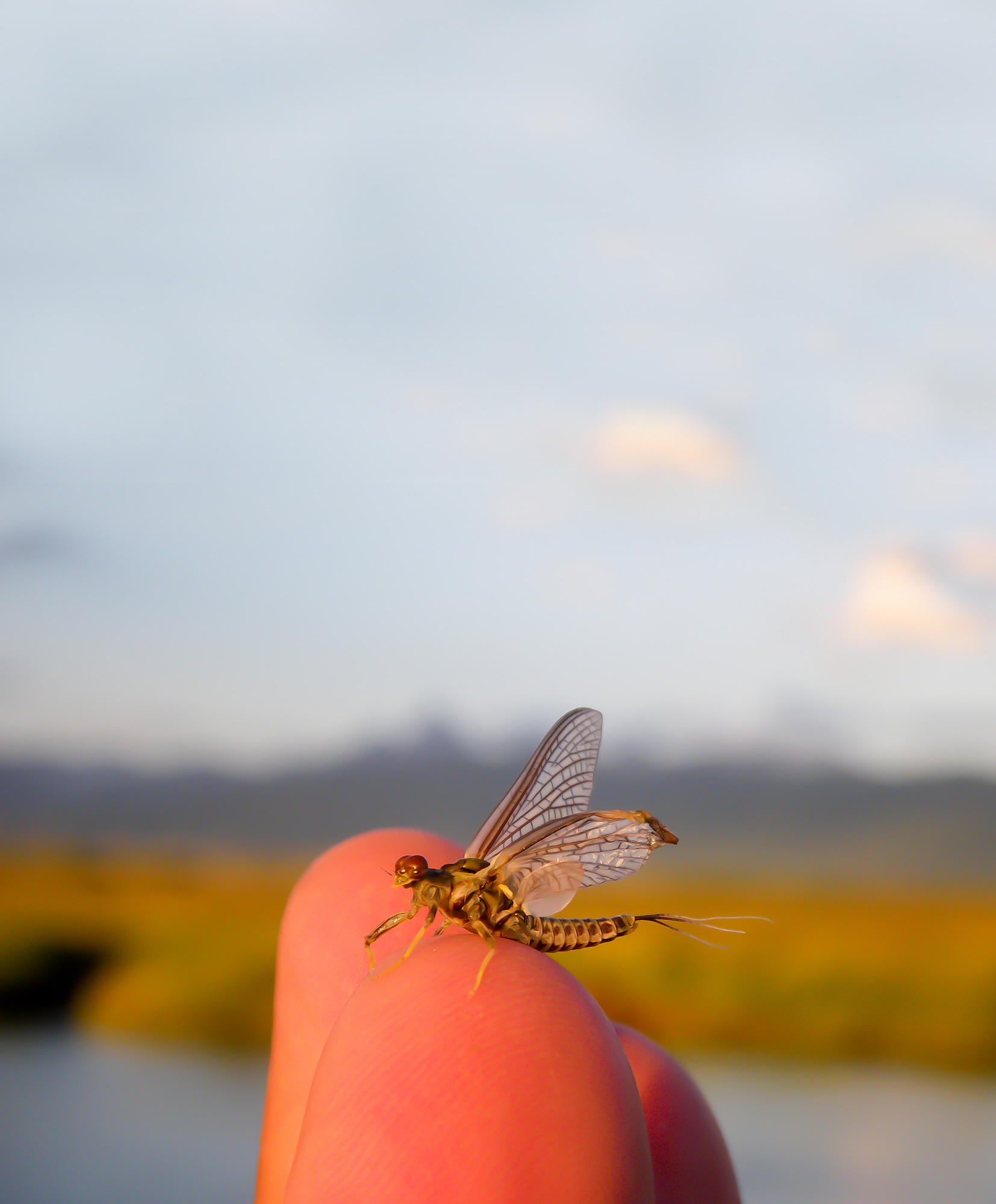 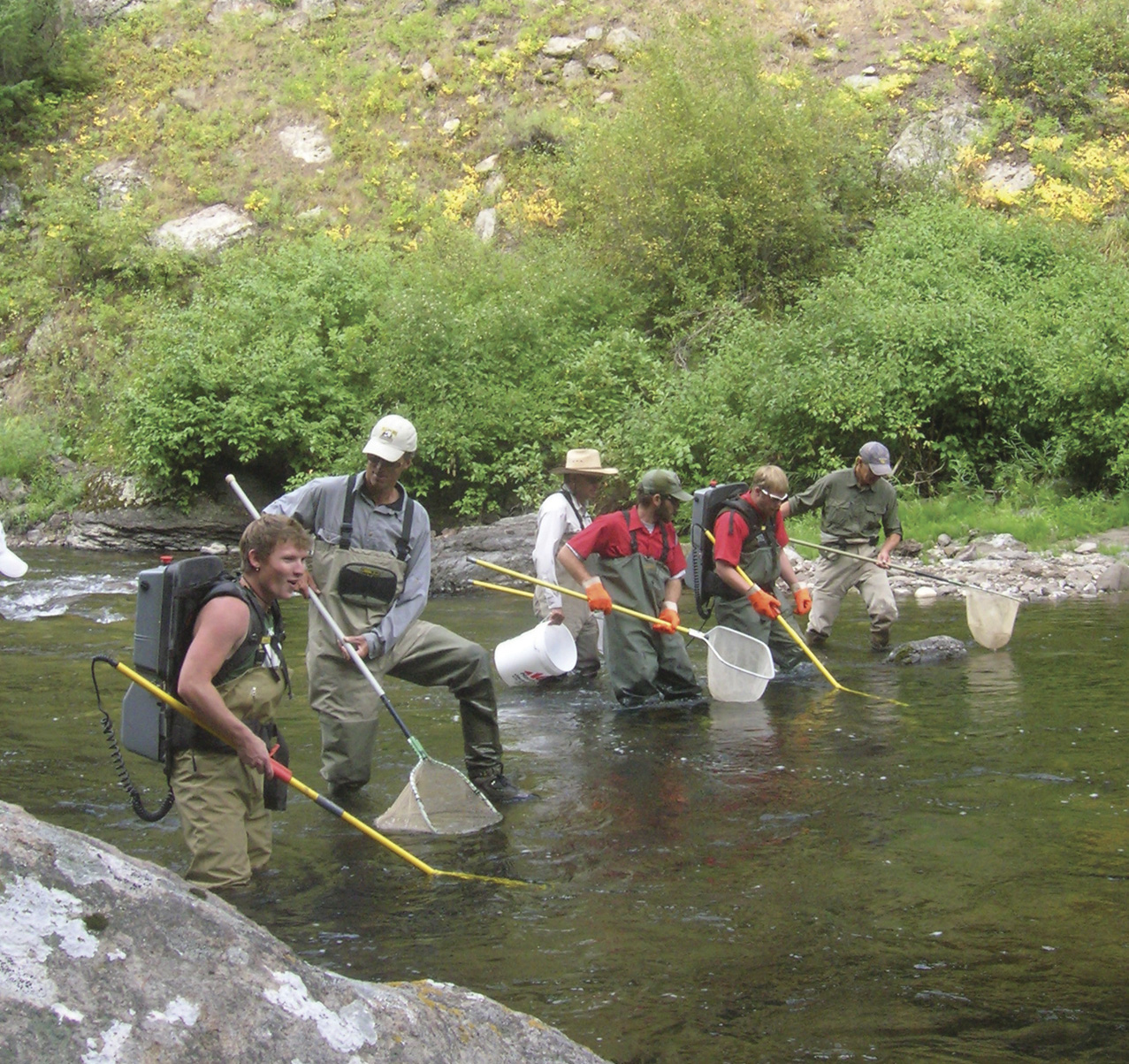