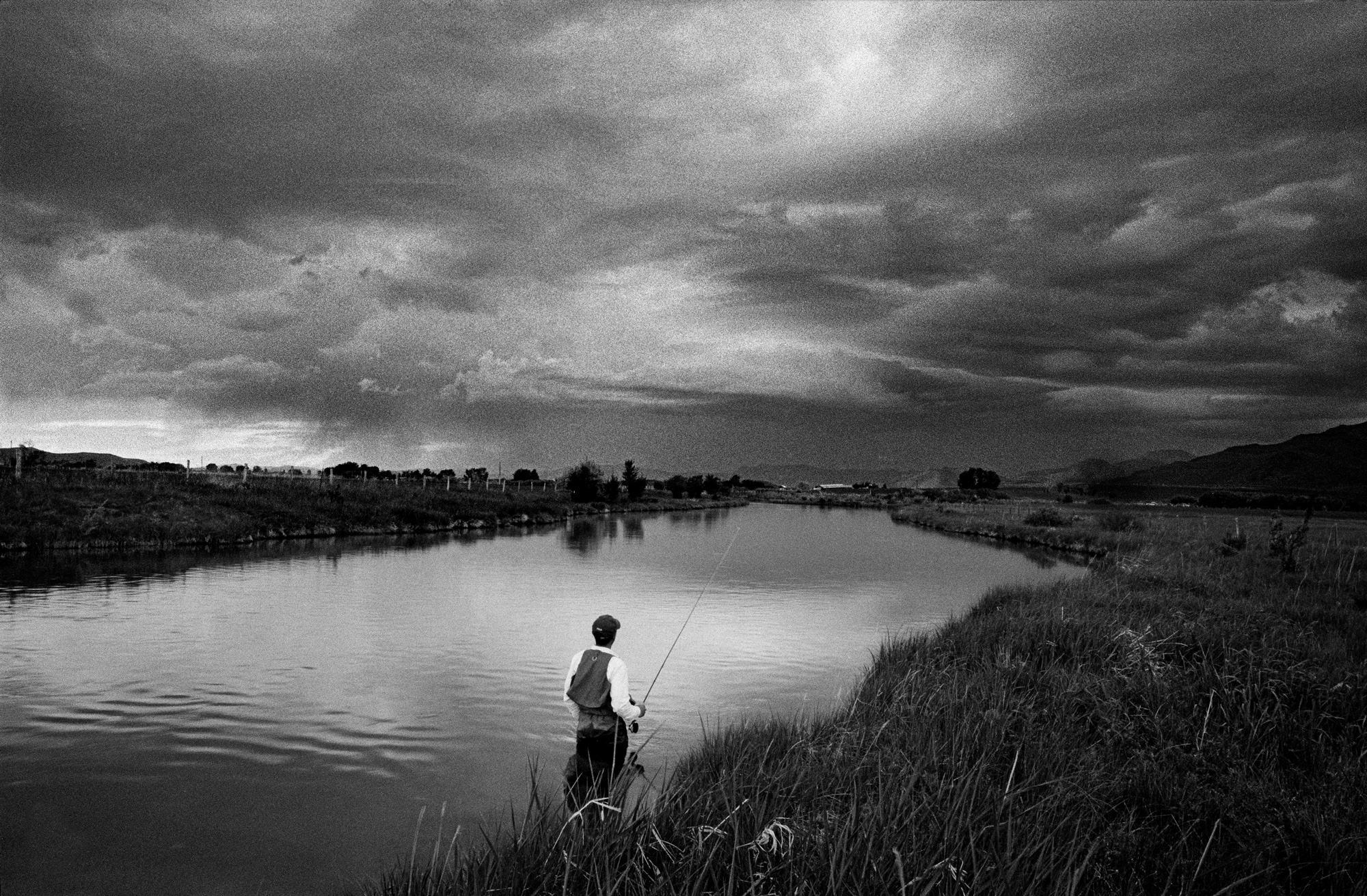 MANY YEARS AGO when I worked as publicist for Sun Valley I thought I was a hot skier and fly fisherman. On my first trip down Sun Valley’s Baldy Mountain I wind-milled and dislocated my shoulder. The ski patrol took me the rest of the way down the mountain in a litter and a doctor at the Sun Valley hospital popped my shoulder back into its socket and said I was good to go. But I decided to stay off the mountain for the duration and wait for the Silver Creek fly-fishing season.

In those days I was resilient and flushed with the confidence of youth. The snow melted and the fishing season opened. I grabbed the old split bamboo rod I had when I was a kid, and in sneakers and jeans, with a box of flies I had tied myself, headed off for famed Silver Creek, the spring-fed creek on The Nature Conservancy in that high desert. No guide for me.

I parked my old station wagon and slogged through a wet meadow dodging the cow pies. When I got near the creek I was almost up to my knees in black mud and as I pulled myself ahead by the reeds growing along the bank, I was sucked deeper.

Anyway, I got off a couple of casts and a reasonable drag-free float in the slow current. Zip! My fly raced downstream, dragging madly. On the third or fourth cast I mended the line over and got a longer float that drifted near an overhanging bank on my side of the creek.

Bang! A big rainbow hit my fly. It was a number 12, grey hackle with a periwinkle blue chenille body. I had tied that fly myself when I was a kid because I liked the blue chenille. I think I knew a girl with eyes that color.

The rainbow jumped twice and headed north for Canada. I burned my thumb trying to slow down the whining reel and then the rod tip snapped and that was that.

I sucked my legs out of the mud, losing one sneaker, and headed off for the car. Goodbye Silver Creek. What’s so good about you anyway?

And, it was goodbye to Silver Creek for a lot of years. Then as a birthday present for my son Jeff, who lived in Sun Valley when he was a baby, we made our return engagement. In those early days Jeff, his older brother Mike, and my wife and I lived in a log cabin in Ketchum, then a small sheep station village about two miles down the road from the Sun Valley resort.

So far I can’t think of a better time in my life than those two weeks in July two years ago when Jeff and I ranged around Washington, Idaho and Montana doing some fly fishing and telling each other improbable stories of past grand exploits. It was high adventure and high drama for me. It was father and son stuff of a high order.

The weather was hot and we ate well in restaurants we found along the road. Rare steaks, pasta with red wine and cold salads of romaine lettuce, fresh tomatoes and cucumbers, laced with olive oil and wine vinegar, all sprinkled with gorgonzola cheese and lots of ground pepper.

Jeff drove his small Honda SUV, and the back seat and storage area were filled with fly rods — including the one Sun Valley’s famed hunting and fishing guide, Taylor “Beartracks” Williams, had made for Ernest Hemingway. Beartracks had sold it to me when Hemingway didn’t like its action. There was also a bag with Hemingway’s In Our Time and The Sun Also Rises and dozens of magazines, mostly fishing magazines, but others on jazz, blues and rock.

On the console between the driver and passenger seats, or on the floor between my legs, were our road maps of the Western states, an open shoe box filled with CDs by Stevie Ray Vaughan, Creedence Clearwater Revival and Bob Dylan — traveling music. In the glove box was a copy of Roger Tory Peterson’s A Field Guide to Western Birds, Jeff’s jack knife and a few of his good luck pieces like glassy shards of carnelian from the Columbia River Gorge, and stones he had found on sandbars in the Yellowstone River. On the back seat were our Styrofoam cooler with cold drinks and a brown paper bag that always seemed to hold large tuna sandwiches and another bag with ripe red cherries. There was more stuff in Jeff’s car but I believe that sets the stage. We were ready — for what, we did not really know — but we were ready.

We drove through Washington, Idaho and Montana, fly fishing along the way. We tied bandanas around our heads like real travelers do. Of course, we had to stop in Ketchum, try to find the old log cabin on the Wood River, take a look at Sun Valley and do some fly fishing.

We didn’t find the old log cabin that had been on a dirt road leading to the foot of Mt. Baldy where I had dislocated my shoulder. It was long gone and the now-paved road was lined with condos. Ketchum had become a fancy town. The little sheep station village I remembered has become a sophisticated suburb of the Sun Valley resort. Ketchum is bursting at the seams with upscale restaurants, coffeehouses, wine bars, art galleries, dog grooming shops and, of course, real estate offices. Well, Jeff and I proved that you can go home again, but home may have changed a bit.

And I had changed a bit too — a lot more birthdays, bearded now, and still with a gimpy shoulder that sometimes slips out of its socket when I retrieve my bag at the airport. This time I would be fishing with the fly rod that Beartracks had originally made for Hemingway. And this time I booked a local fishing guide. He knew how to avoid most of the cow pies and the black mud. He stuck Jeff and me in float tubes and tied on number 12, blue damsel dry flies that looked like the hovering dragonflies we saw just above the surface of the stream. Floating along in the tube eliminated most of the drag that left a tell-tale V pattern on the water. Rainbow trout began rising to our flies — not quickly or decisively, but tentatively and with what seemed to me, a high degree of circumspection, even amusement. Nevertheless, we each managed to catch a few careless rainbows and work them back to the guide’s net where we made a few hurried photos before we released them unharmed. At the end of the day, Silver Creek had worked for us, not like that other time so many years ago.

Later we found an old bar on Ketchum’s main drag where Hemingway used to hang out. Jeff and I ordered a couple of rare steaks and toasted Papa Hemingway and the blue damsels with cold vodka. 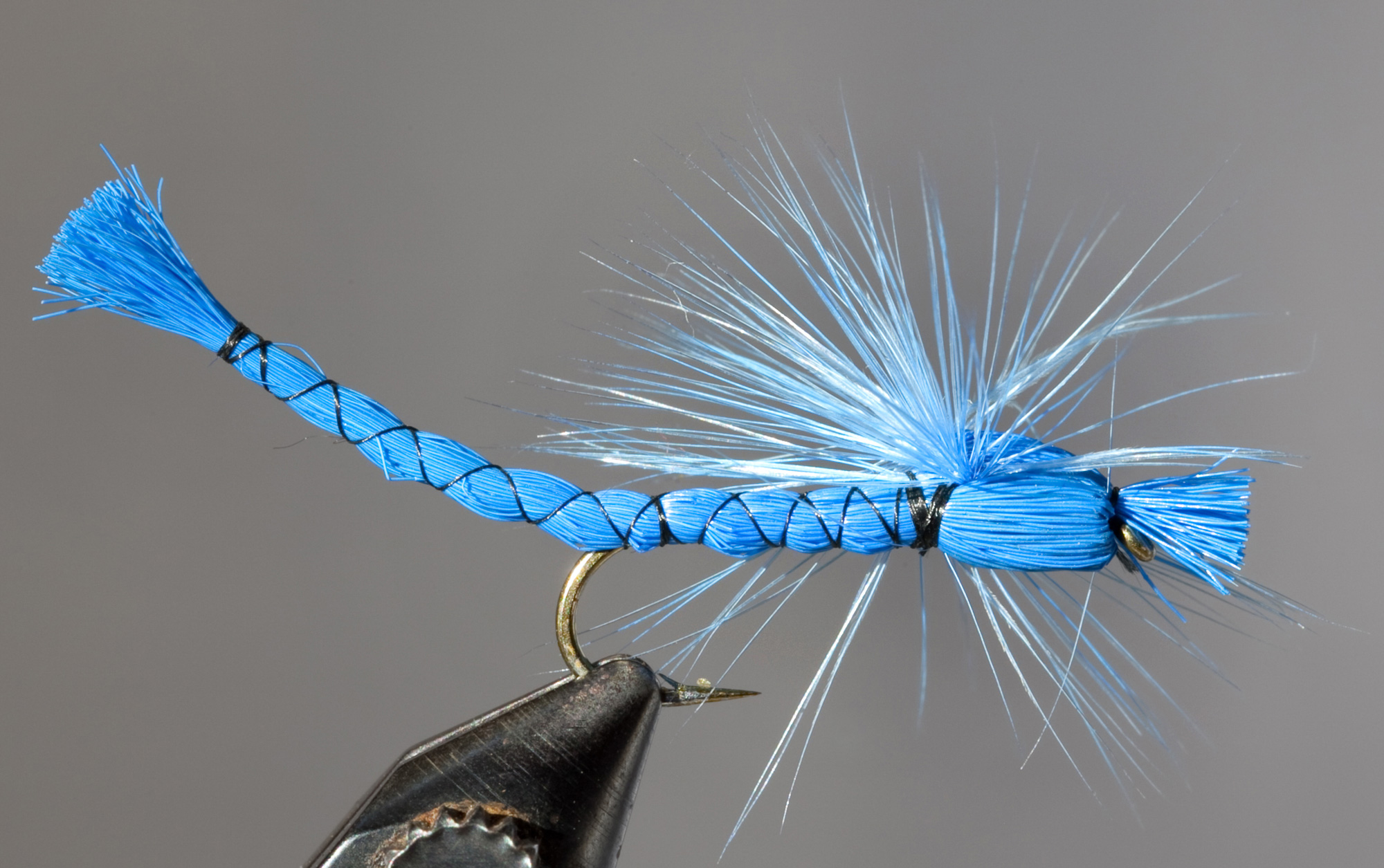 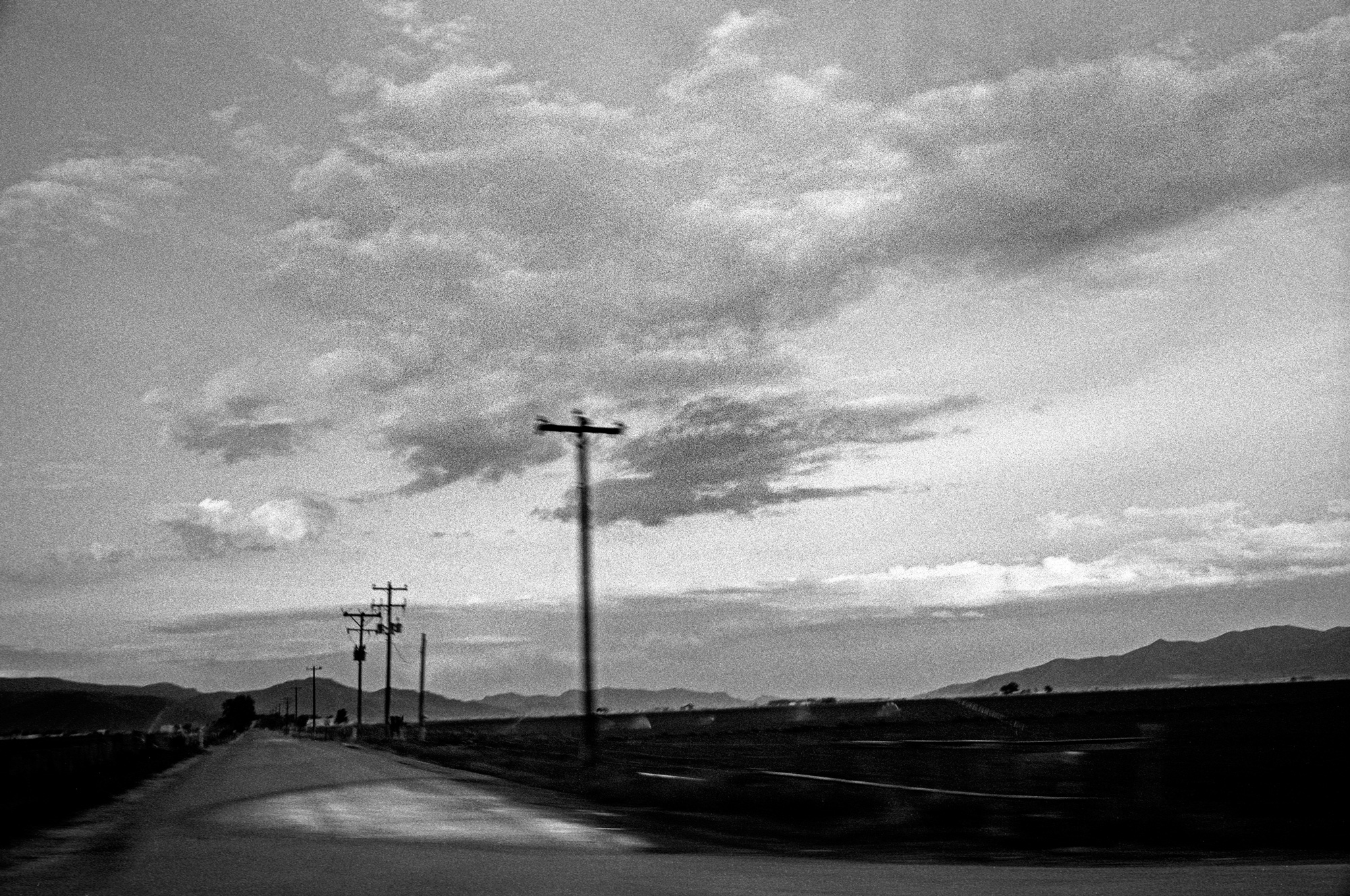