OIL PAINTER JOSH ELLIOTT SITS in front of a huge canvas on his wheelie office chair. To his right a field study, much smaller and immediate, leans against the monitor where a photograph of Lake McDonald fills the screen. The panoramic scene of Glacier National Park’s largest lake spreads across the 18- by 54-inch painting.

But it’s not just a rendition of the lake. It’s about the shadows and the light. The desolation and the almost invisible evidence of wildlife. It’s about the rocks that traveled down the U-shaped valley and somehow landed on the opposite shore.

“I’m trying to capture the transient light and the overall beauty of the place,” Elliott says, swirling his brush in a cloud of blues and grays. “When I go out there … I’m trying to tell the story of the place.”

“I keep the field study out to remind me of the values and the colors,” he says. “A lot of the time I’m painting an area I’ve painted at length and I know the colors, the way they really are. If I’m doing a larger studio painting I like to refer to the photos.”

Elliott points out that if you’re on location for a week, there are only so many field studies that can be done in that amount of time. Whereas, the number of photographs you can take are almost infinite.

From the speakers a mix of Indie rock cushions the one-room studio. Elliott dips his brush in the pool of color on his glass palette. “I have to follow my impulses and then decide later if it worked or not.” Holding the brush on the very end of the handle, as if to leverage the most amount of paint, he dabs at the mountain face, moving the easel with his foot, scooting it closer and then further away as he wheels this way and that, toward the palette and then back to the canvas. His brushstrokes are short, often with an eye bouncing from monitor to field study and back again.

“I’m trying to understand the snow and the peaks,” he says, moving back and forth. “There’s a barely perceptible value shift.”

It’s this kind of almost intuitive knowledge of paint and style, of what he’s trying to do and what’s possible, that sets Elliott apart from his peers.

Mark Sublette, owner of the Medicine Man Gallery in Santa Fe, New Mexico, and Tucson, Arizona, represents Elliott and believes he has an uncanny ability to capture that unique sense of each landscape he tackles.

“Not only in a geographical sense,” he adds, “but from an emotional sense. What that means to me is that he has this ability to capture the West. It’s always the West.”

Sublette has a deep respect for the places Elliott paints and so really recognizes the familiar ring of truth when he sees it.

“Whether it’s a cold mountaintop or the hot canyon floor bottom, Josh really has a unique gift,” he says. “He portrays these paintings so the viewer feels that sense of time and that moment. It also doesn’t hurt that he’s an extremely good painter. He has mechanical skills above his peers and an artistic aesthetic that lets the viewer into his world.”

Elliott has been with the Medicine Man Gallery for the last seven years. Over that time Sublette has watched him get more and more successful. Elliott has been invited to many exclusive shows including the American Masters at Salmagundi Club in New York City, Maynard Dixon Country, Quest for the West at the Eiteljorg Museum, and Western Rendezvous of Art.

“He’s on a fast incline to recognition,” Sublette says. “We had a show last March in which we sold 28 of his paintings.”

He’s also seen a quickened maturity in his work.

“He’s got a much more complex color palette,” he says.

“That sense of color has grown richer. Just like a golfer practicing, Josh paints for eight hours a day, and it’s paid off. You don’t see wasted motions, but instead there is a precise way he lays down the paint with his brush.”

In February 2013, the Medicine Man Gallery in Tucson will show an exhibit of his work.

“I’m driven to it because I enjoy being outside,” he says, adjusting his chair to his easel. “It connects me more and more to a place. And there’s a lot of great places out there to paint.”

The painting of Lake McDonald is going to benefit Arts Without Boundaries, a non-profit that raises money to buy musical instruments and music lessons for kids who can’t afford to get their own.

“It’s nice to be able to give back a little bit,” he says.

The painting, nearly finished, plays with the light on the far mountainside, the cold snow banks, and the shadows cast by the valleys. Looking at the piece, the eye is constantly moving from one area to the next, circulating back around, but not taking the same path. It is this kind of understanding of composition that keeps the viewer engaged in a piece long after the first glance.

“We had 31 artists, all artists who we felt at their finest moment produced work we would like to see in our collection,” Smith says. “And we were happy to have Josh in the show.”

Smith had first seen Elliott’s work several years ago and admired his ability to create landscape paintings that were, “just right.”

“Not in a photo realist correct way, but in a way that can capture a scene from nature so when you see it you think, ‘Yes, that’s what it looks like,’” he says. “Josh conveys real space and highlights things that others might overlook.”

“He very convincingly portrays large expanses of land,” Smith says. “It all just fits, as it does in nature. He’s able to find those little spaces, those little moments. They make for very charming and beautiful paintings.”

As with all things well done, there is an apparent effortlessness in Elliott’s landscapes.

“We know it isn’t effortless, but it has that quality,” Smith says. “He did sell out at the West Select, so we know a lot of people feel the same way. Josh’s paintings just have a quiet reflective feeling, almost an emotional response to nature without being full-blown awe-inspiring landscapes from the 19th century. The longer you look at the images the more you take away with you. The paintings have a lasting quality that clearly reward extended viewing.”

Elliott is invited back again to the West Select. The sale is held on November 9th, but the show runs at the Phoenix Art Museum through December 31st.

“I suspect he will continue to grow as an artist,” Smith says. “Josh creates atmosphere. The air quality, the moisture in the air or the dryness if it’s the Southwest … he does those things so well. I’m looking forward to see where he goes in the future.” 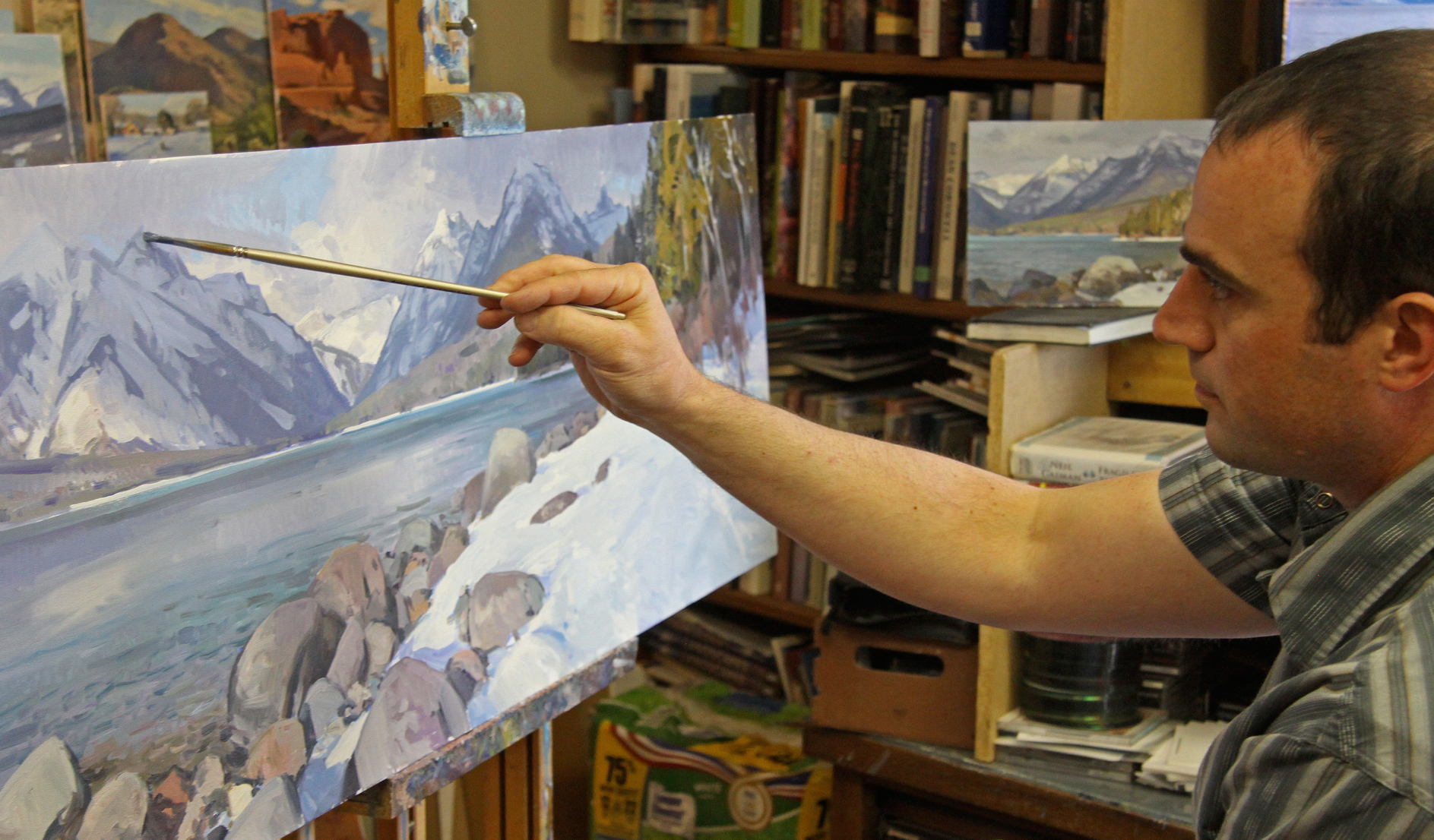 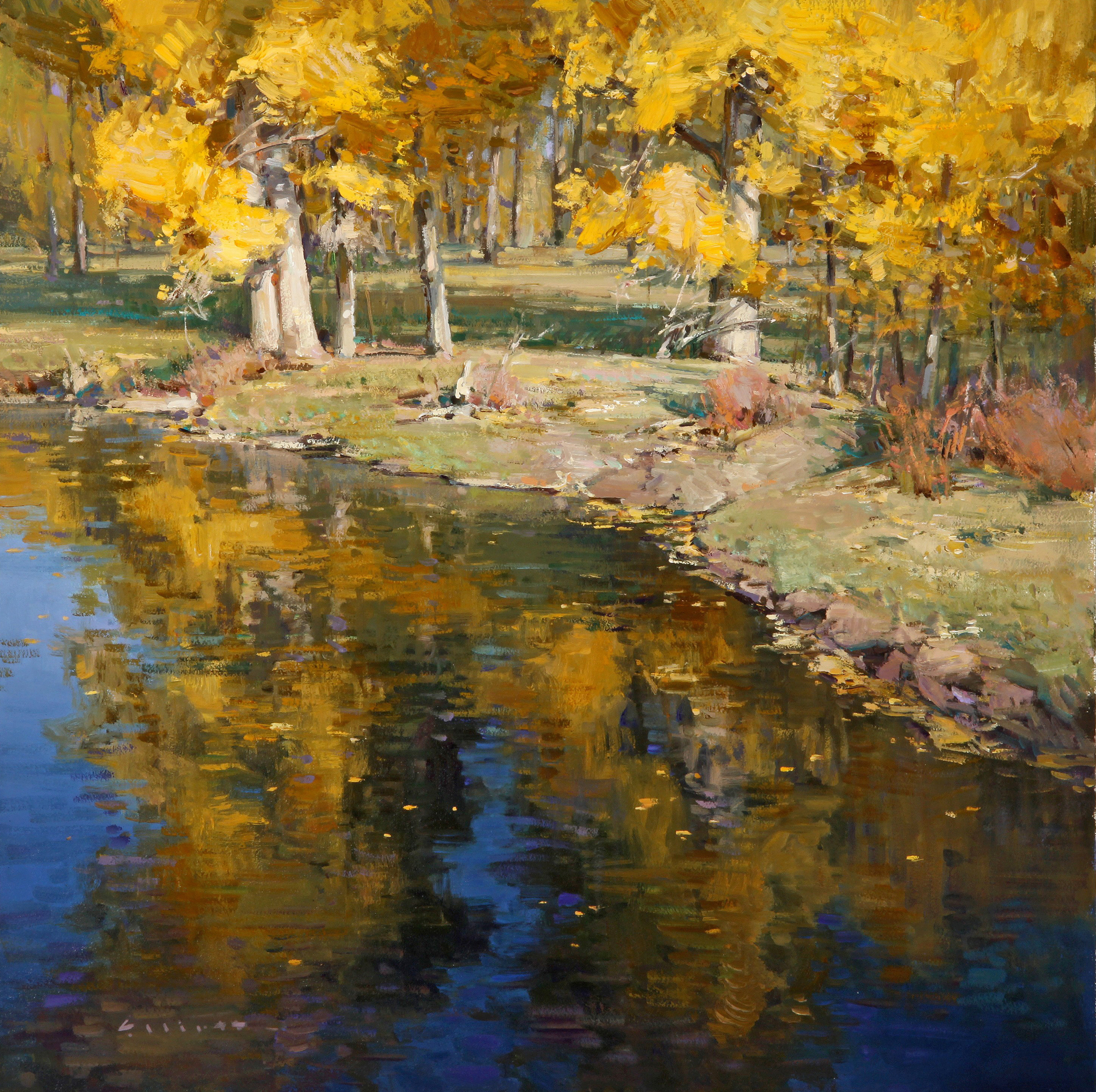 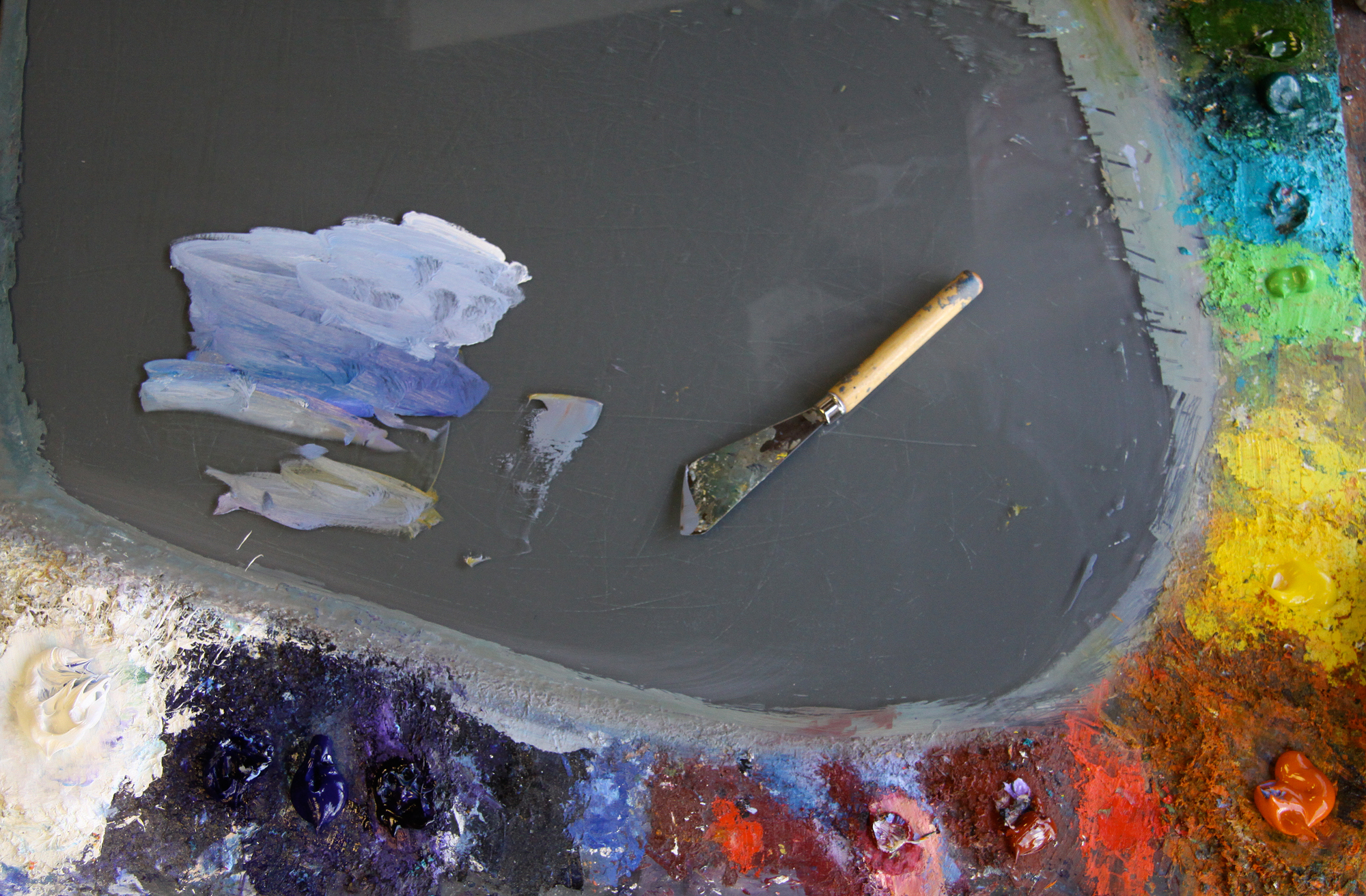