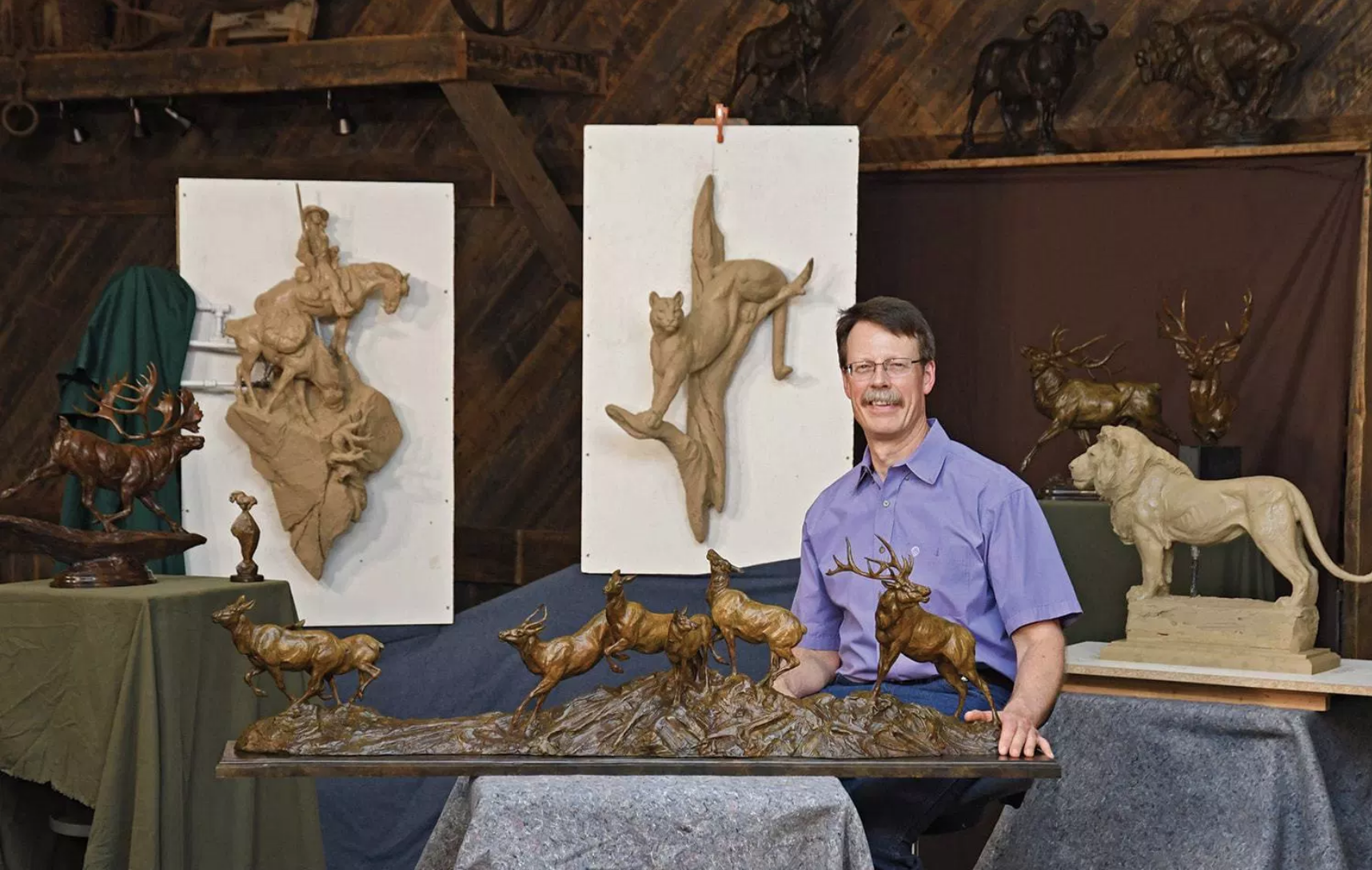 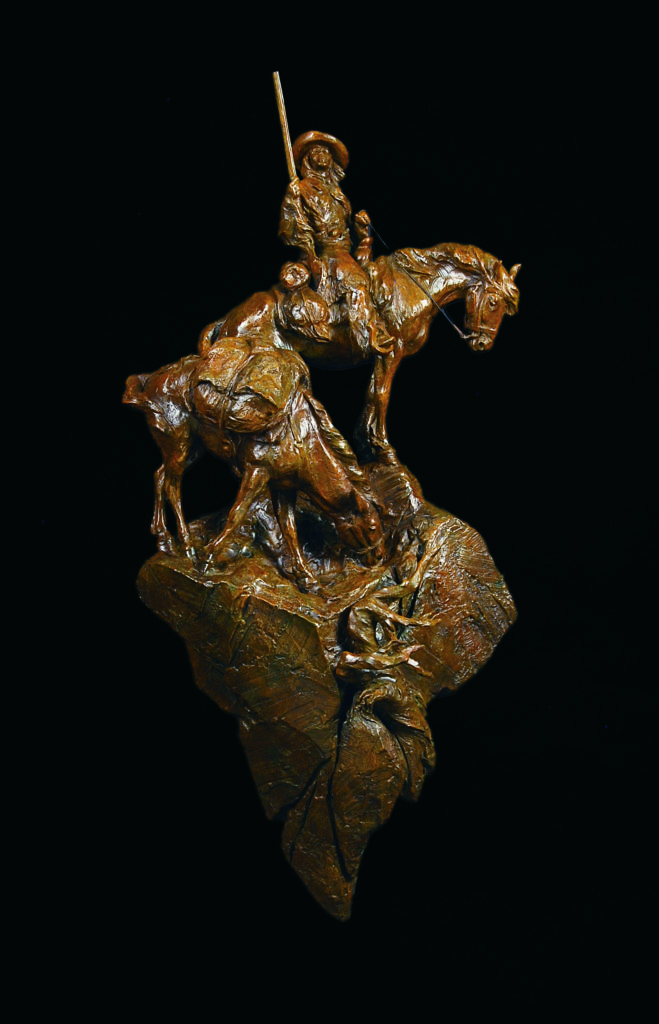 “Along the Hoback” by Tim Shinabarger

It’s this signature style, one that’s rooted in detail and a fine-tuned skill set, that Shinabarger approached his newest works for the upcoming one-man show Forever Wild at Legacy Galley in Jackson Hole, Wyoming, from September 14 to 23. Shinabarger worked

for 18 months to create the nine new works for this show.

In creating these new pieces, he worked on all of the sculptures simultaneously, creating a body of work that serves as a reflection of his even more honed-in style. “Working on them all at once, I was able to work on a piece and then come back to it weeks later with a fresh eye, which I find really helpful,” Shinabarger says. “This way, you tend to gestate the work and solve problems faster while they morph from the initial idea to what they end up being. Having a show like this lends itself to that, and I really like working this way.”

The pieces he created for the Forever Wild show focuses mainly on his most-loved North American animals, with a couple exceptions. “I tried to make sure there is diversity, different subjects so it has a mixed feel from different experiences over my career,” he says. “I do a lot of wilderness travel, and that’s where a lot of my ideas come from. Otherwise the pieces are not so much related other than the fact that they were done at the same time.”

But they are different, he says, than those in his last one-man show at Legacy Gallery that was held five years ago, as his techniques have become more refined over the years. “I’m continually learning,” Shinabarger says. “The older I get, the more subtleties I notices, and I pay more attention to the subtleties. Compared to the last show, the work is more refined, I take on more complex composition, ideas that are harder to pull off. The bar is always being raised.”

Shinabarger’s sculptures are distinguished by his ability to bring out an authenticity that can only come from knowing how each animal inhabits its environment: how the moose reacts to startle, how a kudu moves in a herd. Shinabarger studies the bone structure, musculature, and native landscape of each animal he works on. “The first thing I do when I design a piece — and every detail is thought out beforehand — is think about the shapes,” he says. “When I was in Zambia looking at the kudu, I watched how they got up on a big anthill to look around. Then I used that information to create a sculpture. I figure out the big shapes then I discover where the little shapes fit in.” 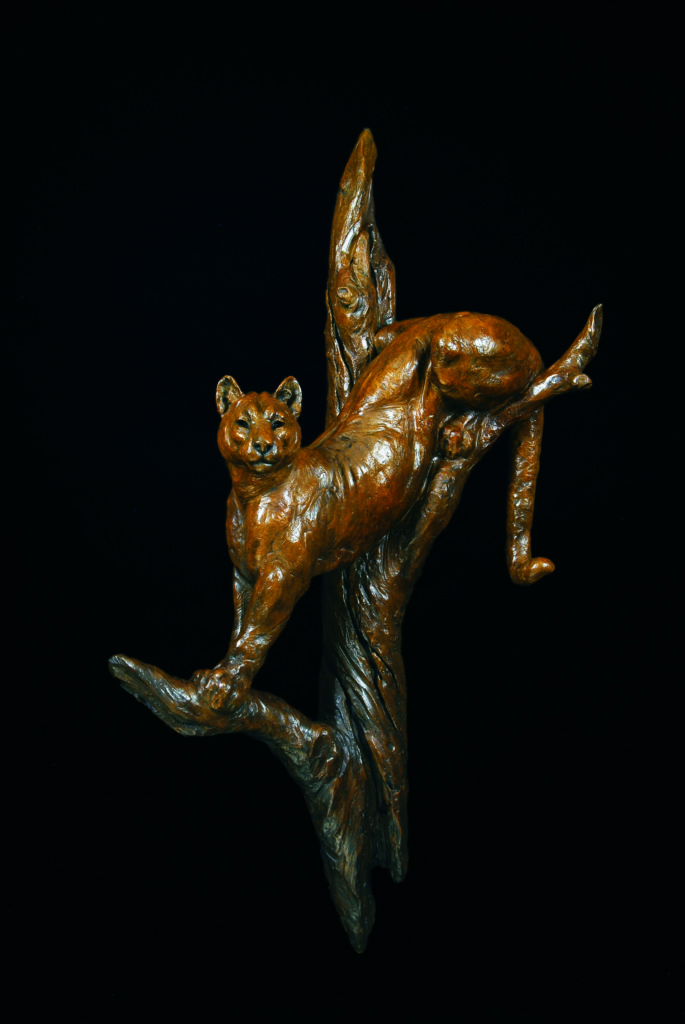 “The Apparition” by Tim Shinabarger

Shinabarger has been with The Legacy Gallery (with locations in Scottsdale, Arizona and Jackson Hole, Wyoming) for 25 years. Legacy Gallery owner Brad Richardson appreciates Shinabarger’s dedication to infuse life and quality in each piece. “Few artists can take a piece of metal and actually create life out of that,” he says. “Tim has that ability.”

When Shinabarger was in high school, he had his own taxidermy business, starting with small animals and moving on to larger ones. It is that kind of intimate knowledge of anatomy that is second nature to him.

Richardson explains that instead of honing in on the details, in some cases it’s the lack of detail,  knowing what to put in and what to leave out, that makes the difference. “He’s so familiar with the animals he sculpts that he’s able to capture their gestures and movement, or the illusion of movement,” Richardson says. “I think that as you walk around galleries in

Jackson Hole, you see a lot of wildlife sculpture, but when you see Tim’s at our gallery and at the National Wildlife Museum, you can tell it will stand the test of time. There’s a quality. We are proud to have had the opportunity to represent him for 25 years, and to watch his work grow.”

At his one-man show five years ago, Shinabarger premiered 10 new bronzes at The Legacy Gallery. The nine bronzes featured this year are unique in that he was able to spend enough time with each one to ensure his standards of quality. “Tim has learned that the way he produces the best art is to be able to spend a lot of time with each piece,” Richardson notes. “He started on the pieces for this show over two years ago, and he’s been able to live with them and make adjustments. So often artists are rushing things out of the studio to make a deadline. With the pattern we’ve created with Tim, he can bring out these large quantities and make each piece the best it can be.”

Shinabarger has won numerous prestigious awards including the Prix de West Invitational Wildlife Award in 2014, and the Prix de West Sculpture Award in 2010. A monumental version of “Black Timber Bugler” was installed at the C.M. Russell Museum in 2017. Shinabarger is excited about the museum’s acquisition. “I was born in Great Falls and my first exposure to any kind of art that I can remember was at the C.M. Russell Museum,” he says.

At any one time, Shinabarger has between 20 and 25 pieces in active circulation. Collector Ed Wright first started following Shinabarger’s work more than 20 years ago, and he’s bought at least one piece every year since. 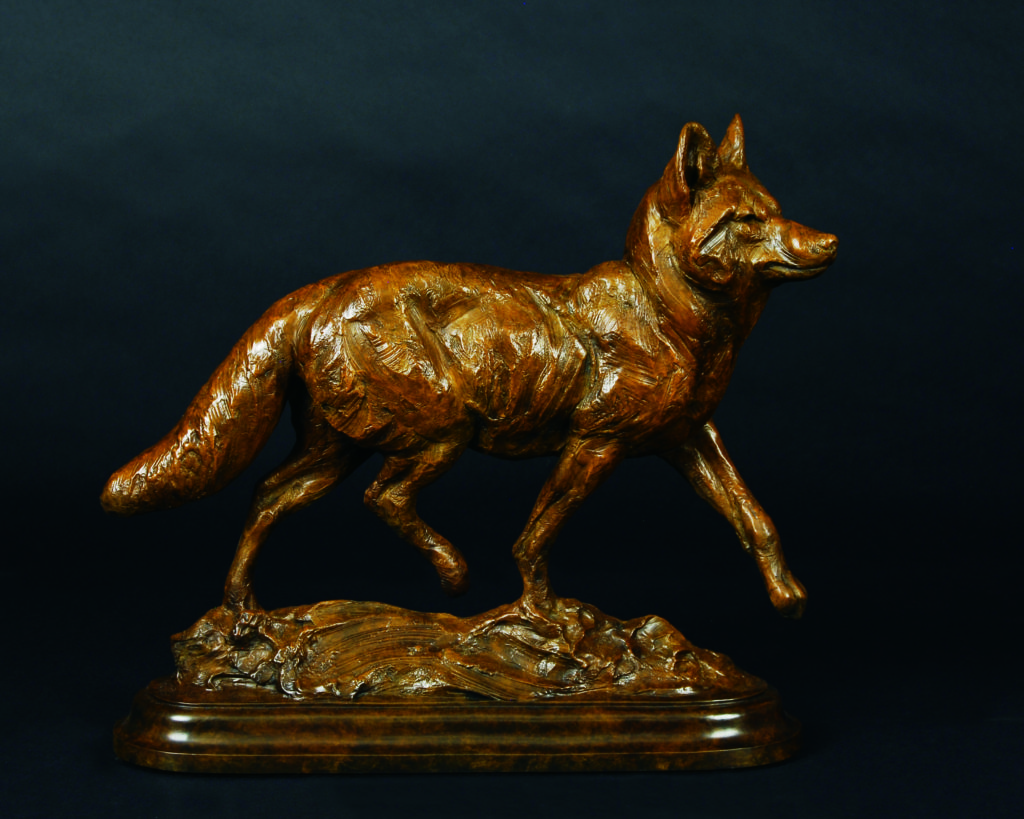 Shinabarger’s one-man show, Forever Wild, is at Legacy Gallery in Jackson Hole, Wyoming, opening with an artist reception on September 14 and running through September 23. Along with the nine new pieces, there will be a select few sold-out editions available by draw, including the sought-after piece Switch Back.