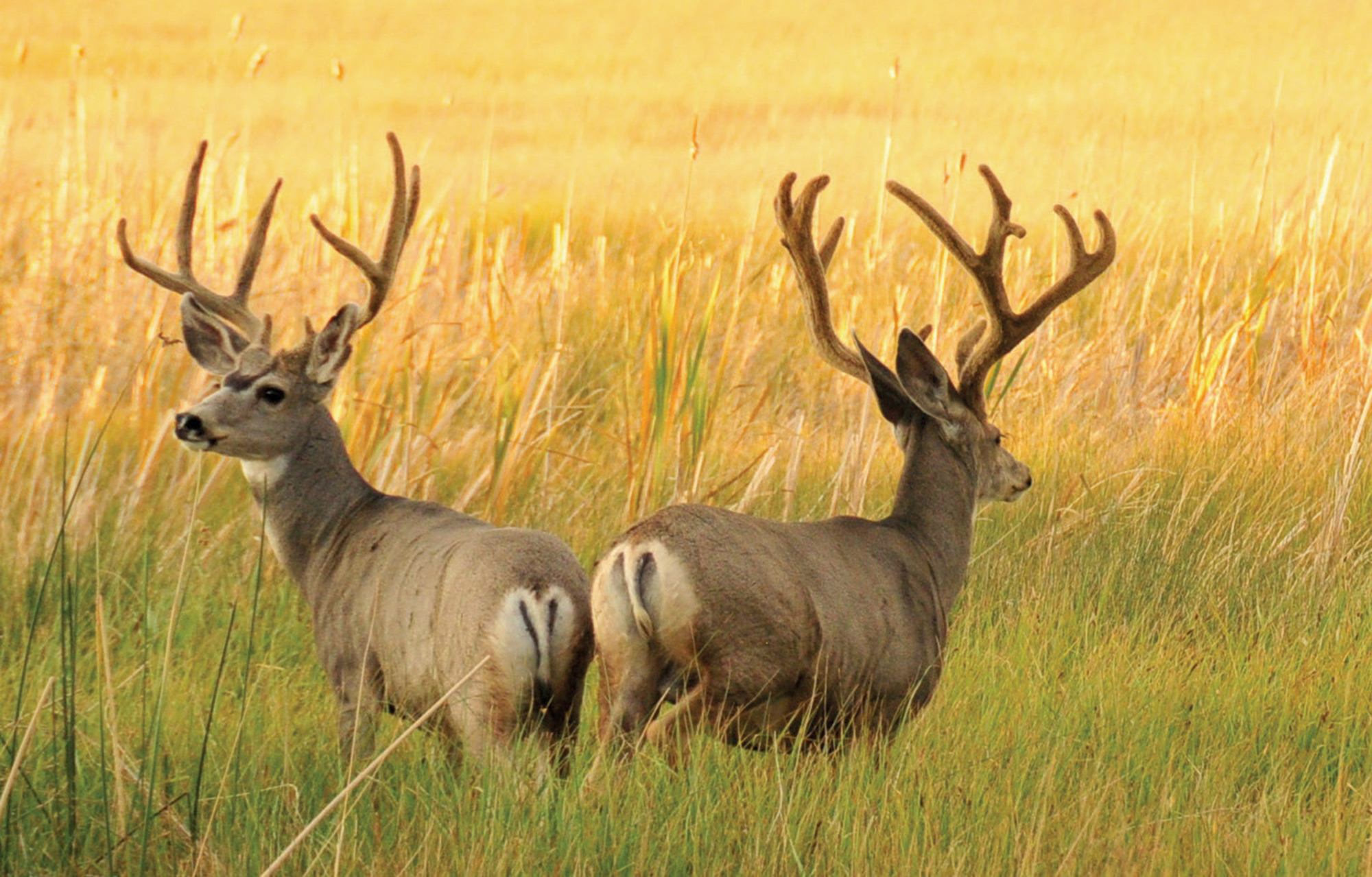 The art of the bow and arrow has come a long way since primitive hunting and medieval battle. Just ask Shane Hughes who meticulously crafts longbows from his woodworking studio near Missoula, Montana, bringing this traditional weapon into the realm of functional art.

He uses “almost every species of wood you can think of,” from exotic to domestic varieties, but tends to construct the inner lamination from bamboo for its strength and flexibility. Hughes also frequently incorporates elk antler on the outer limbs and tips, and builds bows that come apart for backpacking trips or to easily check on a plane.

Shane Hughes’ passion for woodworking began in high school, and he built his first bow 14 years ago as a senior project. “My family has always been into traditional archery,” he said. “My father actually used to build [bows] and I’ve always enjoyed building things so it just seem natural to start building my own.”

In 2010, he opened a studio in the beautiful Six Mile Valley west of Missoula. Inspired by the beauty of the mountains surrounding him, he designs and builds fine furniture, custom cabinetry, doors and longbows, giving each piece the time and attention to detail it deserves. His work has been exhibited at the Museum of the Rockies and the 2013 Cody High Style show. For more information, visit hugheswoodworks.com.

Every hunting season, individuals unwittingly or knowingly violate game laws. Hunters are urged by the Fish, Wildlife and Parks (FWP) to review hunting rules and regulations to ensure they act within the law. They’ve also identified a list of the most common violations.

Here’s what to watch out for:

• Always obtain permission to hunt on private property.
• Don’t waste any part of a game animal suitable for food.
• Securely and visibly fasten tags to a game animal
immediately after it is taken and before it is moved.
• Do not take game from the wrong hunting district.
• Do not give tags away or use someone else’s tag.
• Do not shoot game animals from public highways.
• Validate big game tags.
• Leave evidence of the animal’s sex and species intact.

FWP encourages hunters to protect the future of their sport by hunting responsibly and reporting violations to 800.TIP.MONT or on the FWP’s website. Montana’s regulation book is available online and at all FWP license providers; all of the general regulations are located at the front of the book. Visit fwp.mt.gov for more information.

The Legends for Lights Pheasant Jamboree began in 2004 as an idea sketched onto a cocktail napkin. Now, 14 years later, it has grown into one of the largest fundraisers for a nonprofit group supporting collegiate athletes.

Created by two local residents of Havre, Mont., and modeled after the successful One Shot Antelope Hunt in Wyoming, the Jamboree brings together hunting legends and locals for a four-day affair that features trap shooting with professional athletes, pheasant hunting, feasting, autograph signing, camaraderie, storytelling and an awards ceremony. The focus of the event is a two-day pheasant hunt that takes place on the opening weekend of the season. Teams of four, including one legend and a huntsman with dogs, pursue pheasants on private land offered by local owners.

This year’s Jamboree takes place October 9 through 12 in Havre and is sponsored by the Northern Lights Athletic Scholarship Foundation, a nonprofit that aids student athletes at Montana State University-Northern. For more information and to register, visit legendsforlights.com or call 406.262.8893.

It has been said that “as goes the West, so does the mule deer,” because mule deer are intrinsically tied to the history and development of the West. During the last century, mule deer populations across the West have gone through highs and lows.

But 2014 is one of the highs for mule deer in Idaho. Several years of mild winters and plentiful summer forage have provided good conditions for the population, and Idaho Fish and Game managers are forecasting some of the highest estimates of mule deer in a decade going into the 2014 hunting season.

Idaho’s landscape will undoubtedly continue to change, and with it, the mule deer population, but MDI will continue to implement habitat projects in an effort to perpetuate and improve populations of this western icon.

Founded in 2008, Wyoming Disabled Hunters is a nonprofit organization that provides affordable hunts to people with disabilities. The group will offer both elk and deer hunts this fall.

President of the organization, Corey McGregor founded the group after a car accident in 2004 affected his mobility. While injured in intensive care, a nurse asked him about his hobbies and he responded that he was an avid hunter and fisherman. McGregor said the nurse told him that he better get used to tying flies, which both infuriated and inspired him.

To qualify, hunters must have a Wyoming Disabled Hunters permit from the Wyoming Game and Fish Department. Tentative dates for bow-hunting deer are November 1 through 4, with room for five in-state and five out-of-state hunters. The rifle elk hunt will start on October 10 with room for 12 elk hunters (eight for cow elk and four for bulls). Elk hunts are for disabled veterans. Additional hunts are planned for November.

Hunters are joined by companion guides and volunteers are welcome. For more information, visit  wyomingdisabledhunters.org.

As autumn approaches, towns across the Northern Rockies honor their agricultural history by celebrating fall’s bounty with long-standing traditions: moving sheep to winter pastures, making apple butter and picking the remaining fruit from orchards. Among the many charms of a rural lifestyle is harvest time and communities across the region have their own special ways of celebrating.

Most of the harvest festivals in Wyoming take place toward the end of August through late September, such as the Homesteader Days in Powell, the Slow Food in the Tetons festival in Jackson and the Green Harvest Festival in Wheatland. But there are plenty of celebrations that linger on through October. Take a look at these six colorful autumn events.

Billed as the biggest bake sale under the Big Sky, McIntosh Apple Day has apple butter bubbling over an open fire, apple juice being squeezed, a giant farmer’s market with arts and crafts, kids games galore, live music, fall vegetables and fruits along with other specialty food items. This year, organizers anticipate some 20,000 attendees, which is more than quadruple the population Hamilton, Mont., where it takes place.

A little bit of everything with lots of old fashion fun for the family will be found at the Townsend Fall Fest. There’s something for every taste, age and interest with a military parade, craft vendors, kid’s games, a variety show, food vendors and lots of music (German, polka, country, rock and old time fiddle). A car show starts Sunday with antique and classic cars to view and vote on.

Scarecrows line the River Path in Stevensville during this annual festival sponsored by the town’s Art and Sculpture Society. People get creative for a chance to win prizes, entering scarecrows that depict the tale of the Headless Horseman, Winnie the Pooh, traditional fall themes, and more. Check out all the creativity and then head downtown where local businesses and booths offer activities on Main Street, including a pumpkin carving contest, horse-drawn wagon rides, music and refreshments.

Marking the end of a season of hard work preparing, planting and tending, the harvest festival in Emmet celebrates the rewards of toil. Share in the delight of another year of accomplishment with fresh food vendors, arts, crafts and entertainment. Local orchards will also be open for picking.

Trailing of the Sheep Festival

The Trailing of the Sheep Festival started in 1996 in response to the rapid loss of farms and ranches in the Wood River Valley. The festival aims to preserve the stories and colorful history of sheep ranchers and herders and seeks to educate the public about the production of local food and the fiber business that sustains generations of hard-working families. In celebration, there are championship sheepdog trials, fiber crafts, culinary lamb events and a folklife fair with dancers, drummers and bagpipers. Be sure to catch the sheep parade, when 1,500 sheep march down Ketchum’s Main Street in honor of their annual migration to winter pastures. This celebration of rural life was ranked as one of the top 10 festivals in the world by MSN Travel. 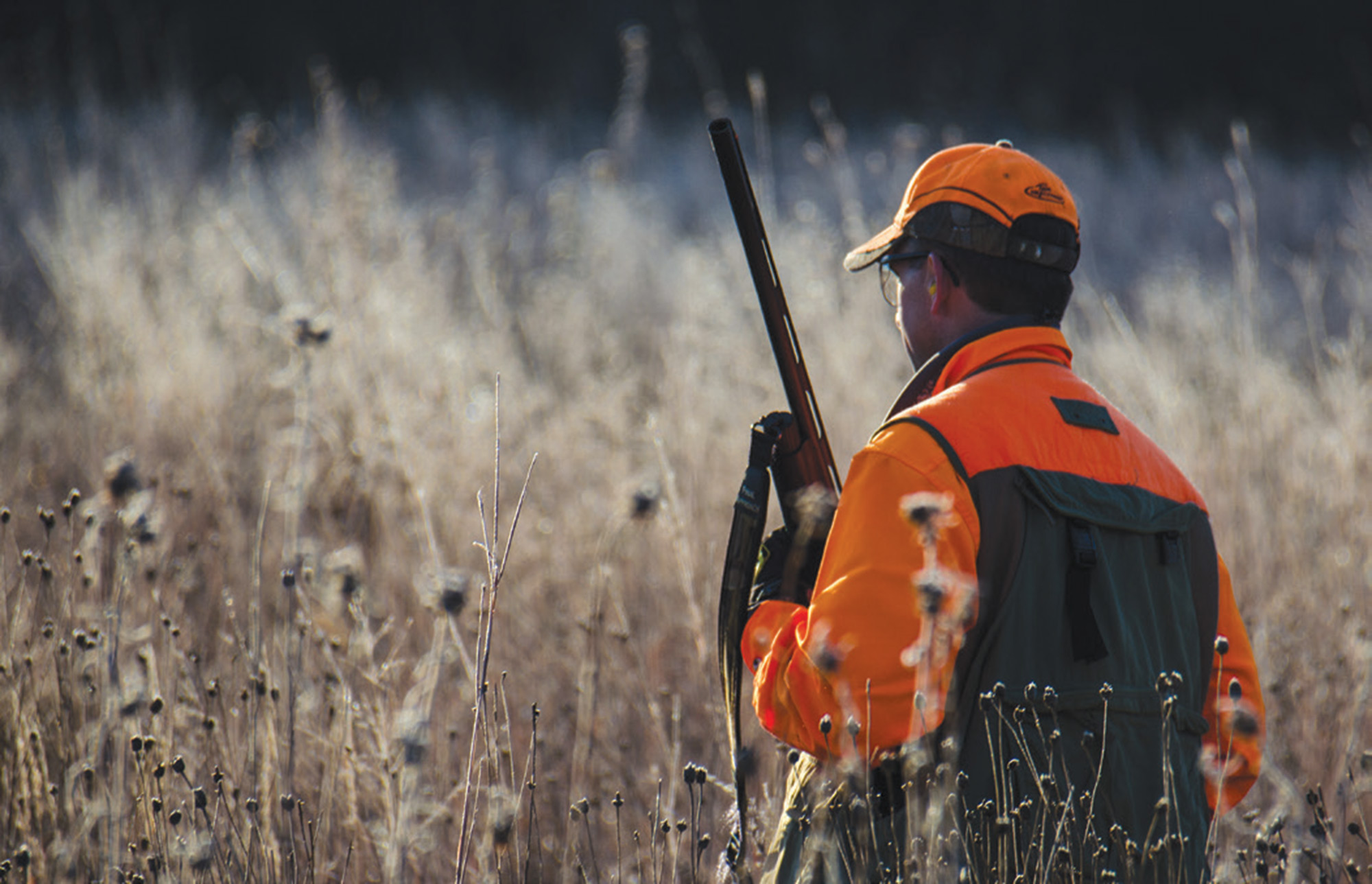 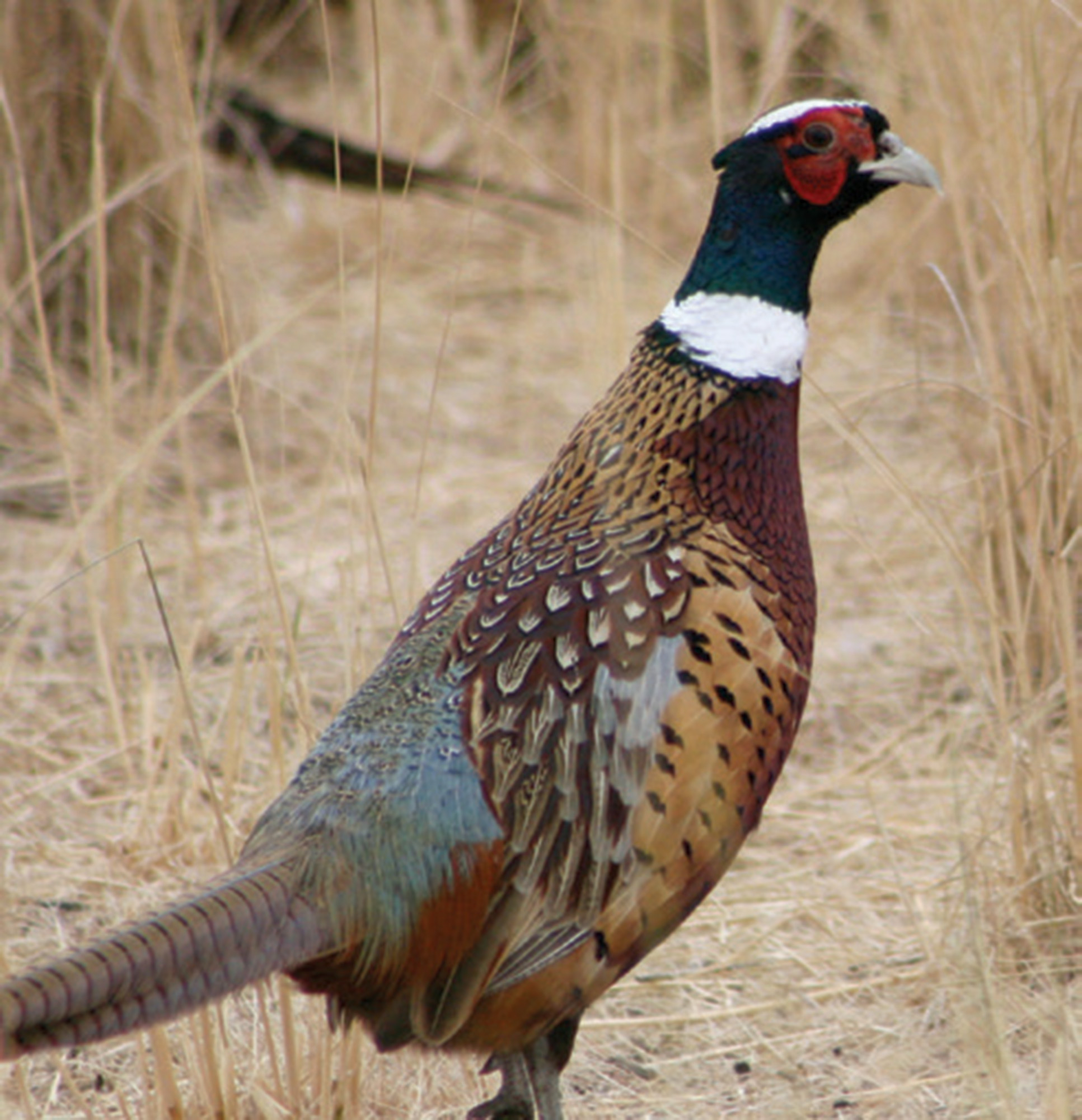 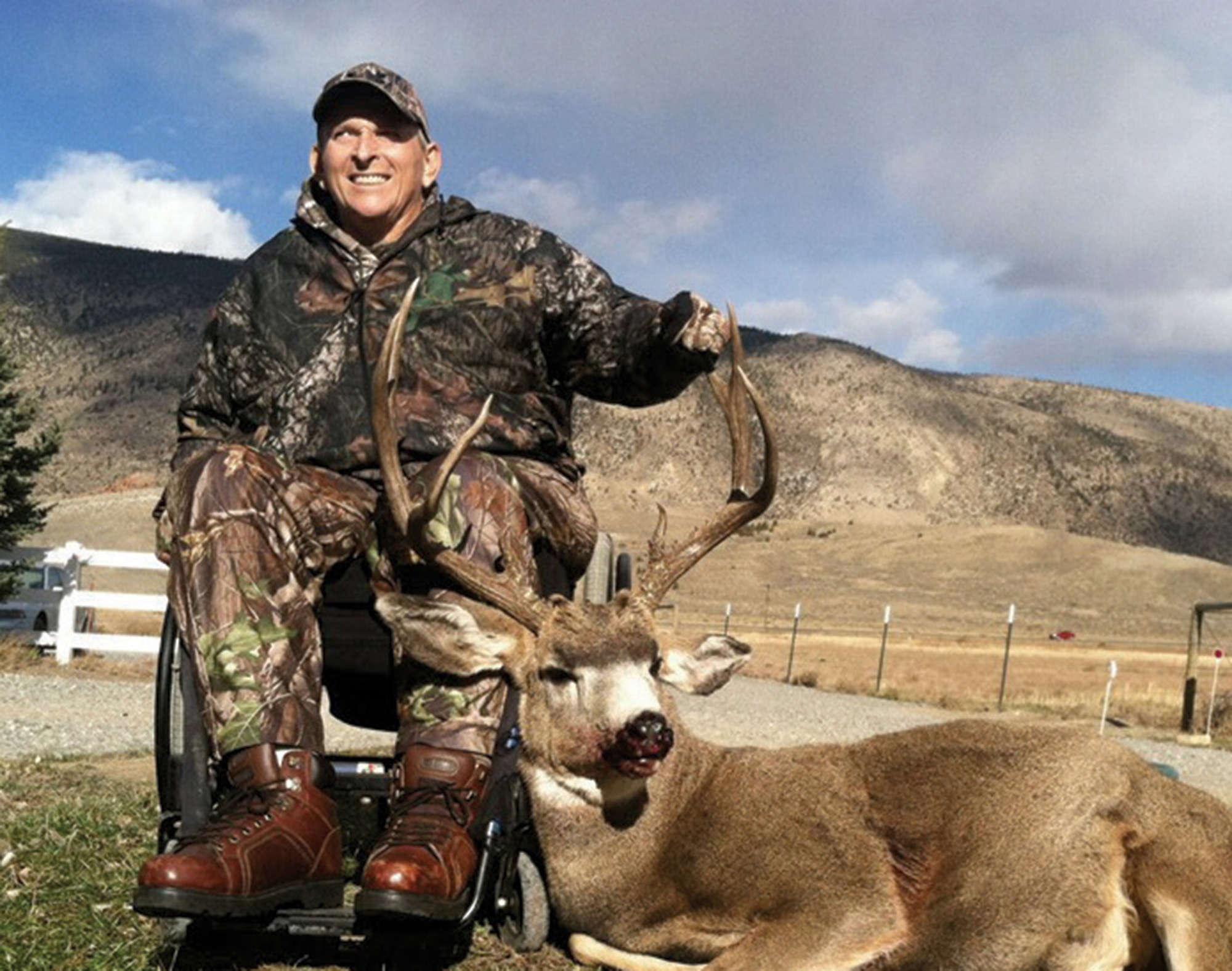 Tom Sray and his mule deer, taken during the 2013 hunt organized by Wyoming Disabled Hunters. 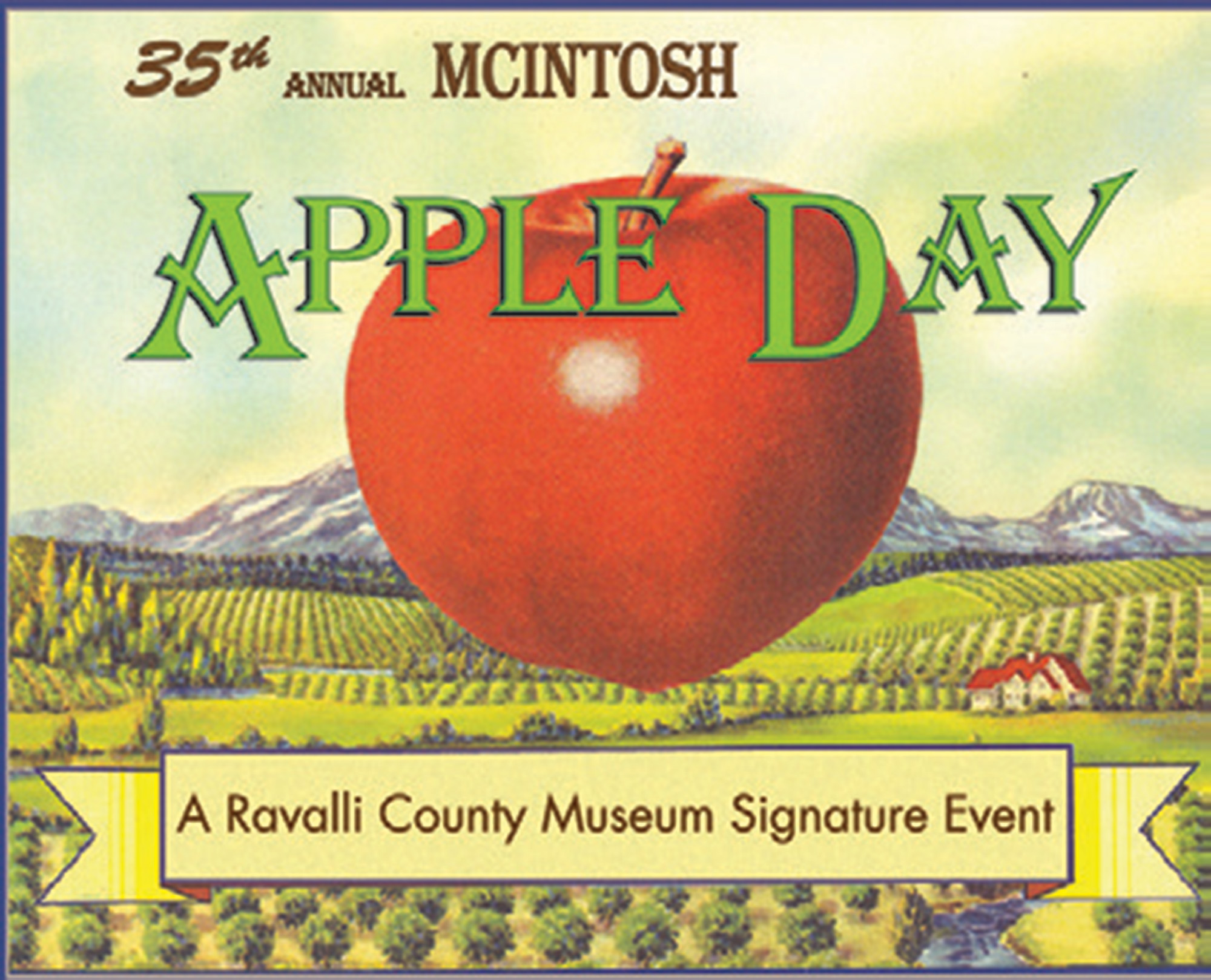 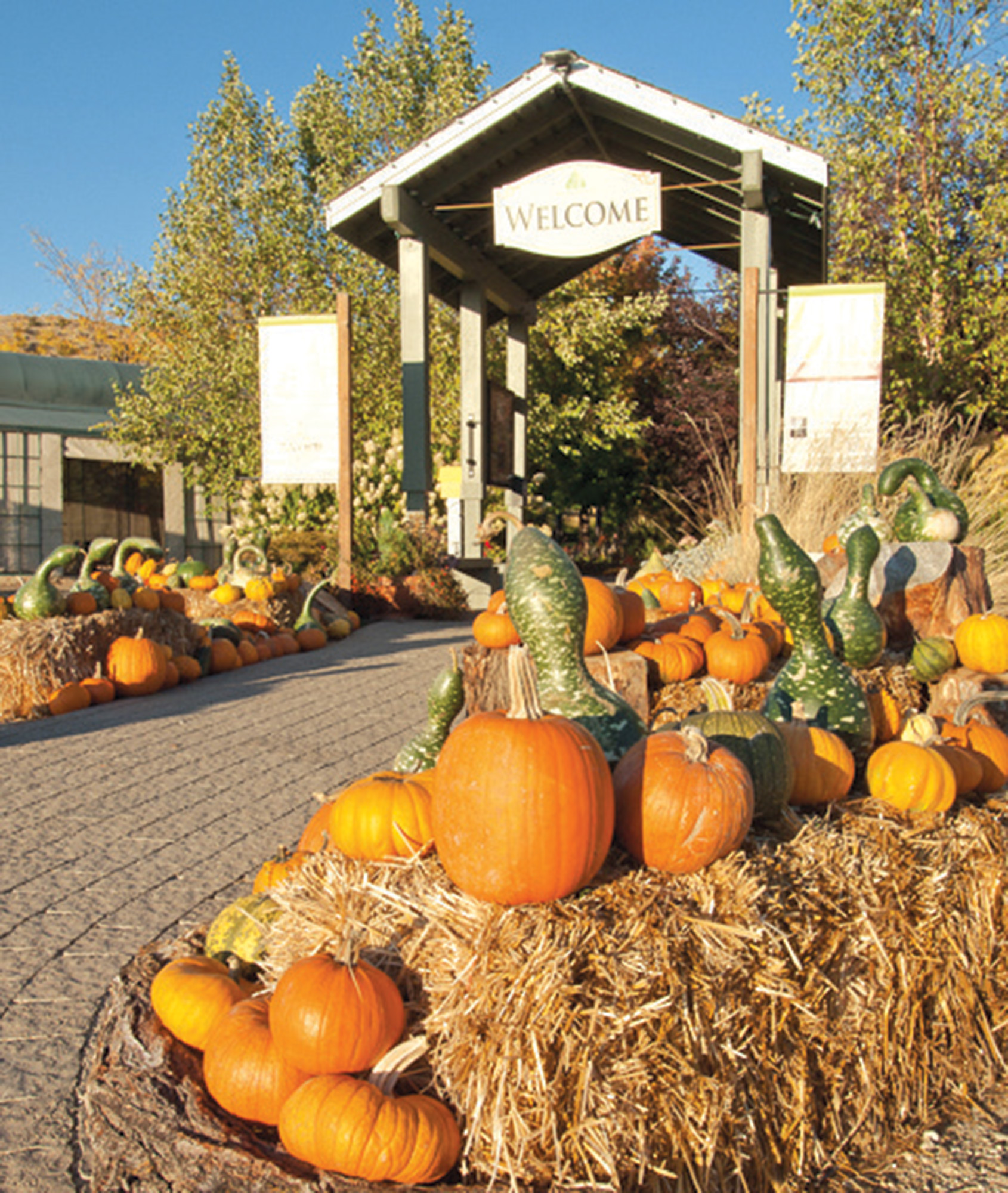 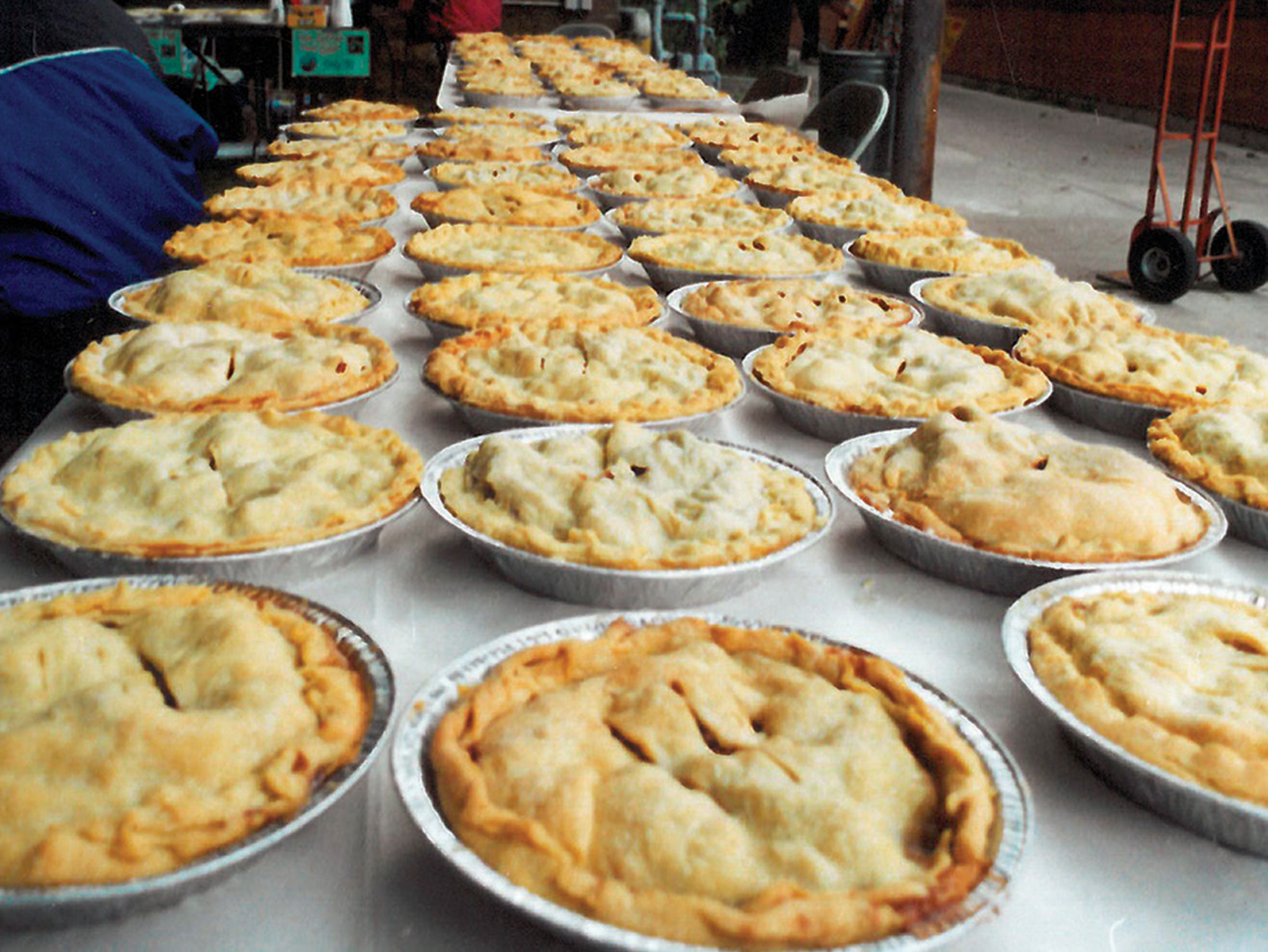 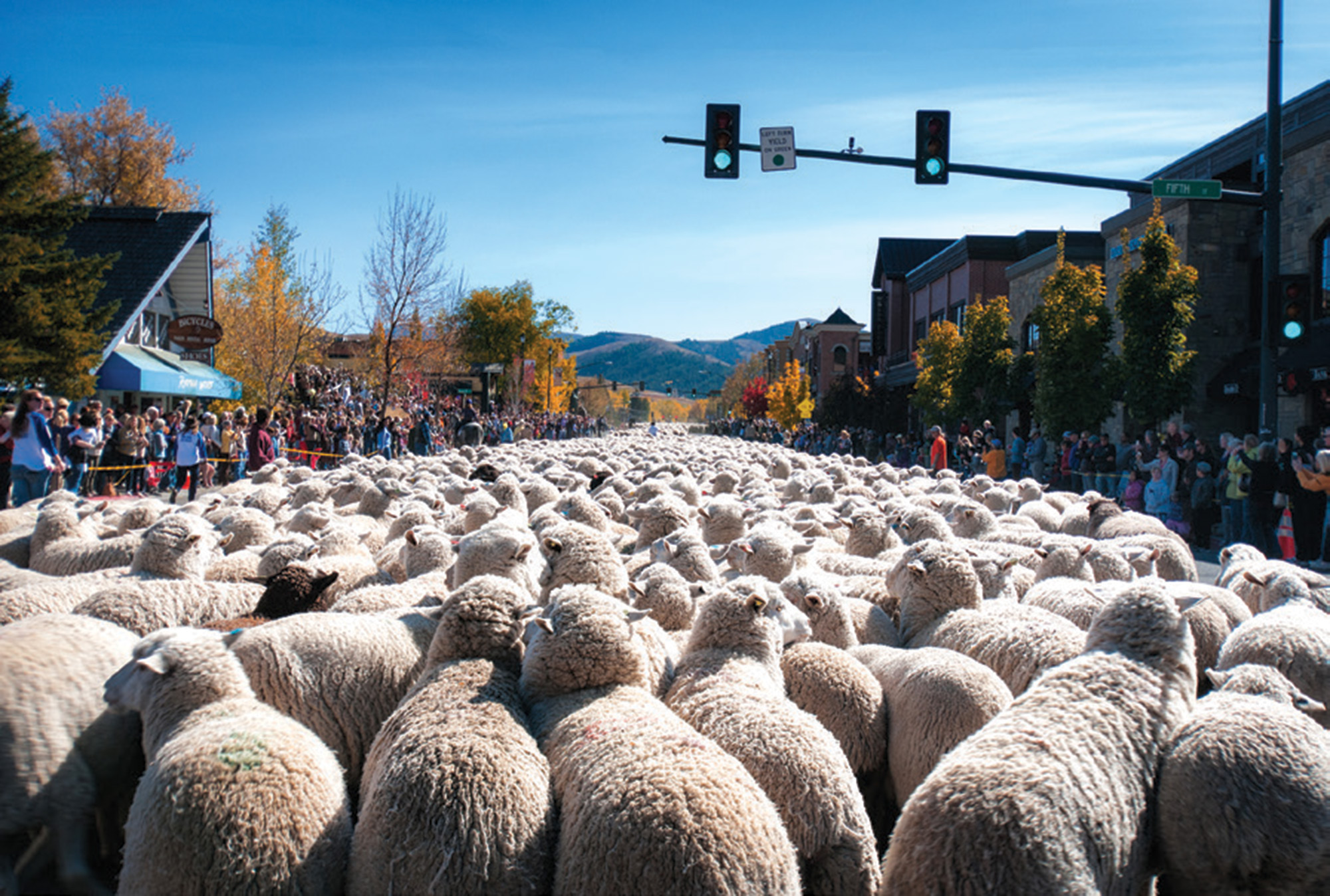 A woolly herd en route to greener pastures during the 2013 Trailing of the Sheep Festival.