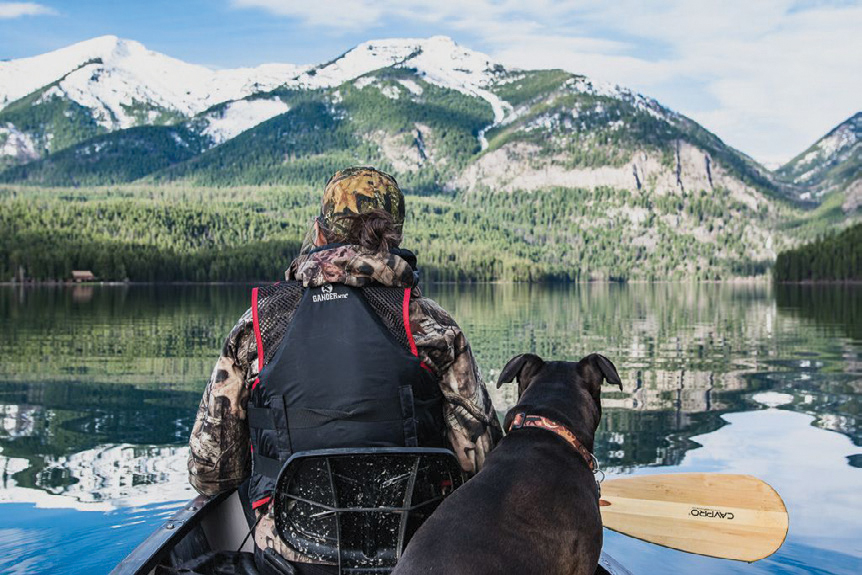 Paddling on the edge of the Bob Marshall Wilderness.

29 Sep Round Up: The Great American Outdoors Act

in Round Up, Fall 2020 Written by Corinne Gaffner Garcia Posted at 03:31h 0 Comments
Share

The Great American Outdoors Act (GAOA), which was signed into law by President Trump on August 4, capped off a legislative campaign that was years in the making and brought together citizens from all walks of life who mobilized in support of public lands and waters.

GAOA is designed to fully dedicate money from the Land and Water Conservation Fund (LWCF) — $900 million annually — and provide $9.5 billion over the next five years to address overdue maintenance on public lands. It represents one of the most significant moment in American conservation in decades, and it happened because millions of outdoorsmen and women raised their voices together, showing that democracy is still ruled by the people, and that conservation is a strongly bipartisan issue that has the power to unite.

Full funding for LWCF has long been the white whale of conservation priorities in the U.S. In the 56-year history of LWCF, Congress has allocated it only twice, usually redirecting the revenues instead to unrelated programs. Despite this historical lack of support, it has been the most reliable and widespread conservation funding source in the U.S., supporting diverse projects in every county, ranging from ballfields and urban greenspace to critical stream-access points and public land acquisitions.

What some may not know is that the LWCF doesn’t cost taxpayers a dime; instead, all $900 million allotted for the fund comes from federal oil and gas revenues. LWCF is a program that has demonstrably benefited Americans of every class, credo, race, and origin, and it has been proven to significantly boost local economies. For example, studies have shown that every dollar invested in an LWCF project creates $4 in local economic value. For rural communities that depend on outdoor recreation and tourism, LWCF is a vital source of continued investment in their economic well-being.

The year 2020 was a historic moment, as the conservation community has never seen such a widespread grassroots movement take shape, and with such impressive results. The effect was clearly apparent — the U.S. House of Representatives passed the bill with a decisive 310-107 vote, building on the Senate’s bipartisan 73-25 vote just over a month earlier. That overwhelming passage would not have happened without the sportsmen and women, outdoor recreationists, business owners, and countless others who sent more than 33,000 letters to their legislators, made thousands of calls to D.C. offices, and inspired friends and family to do the same.

Outdoor enthusiasts can build on the momentum of this historic bill by continuing to advocate for the conservation issues of today. We can’t rest on our laurels while projects like the Pebble Mine in Bristol Bay, Alaska, move forward, or the Boundary Waters Wilderness Area in Northeastern Minnesota remains at risk. We need to stay engaged and vigilant in defense of our public lands and waters. Visit backcountryhunters.org to take action today on the state and national issues that matter most to public landowners everywhere.