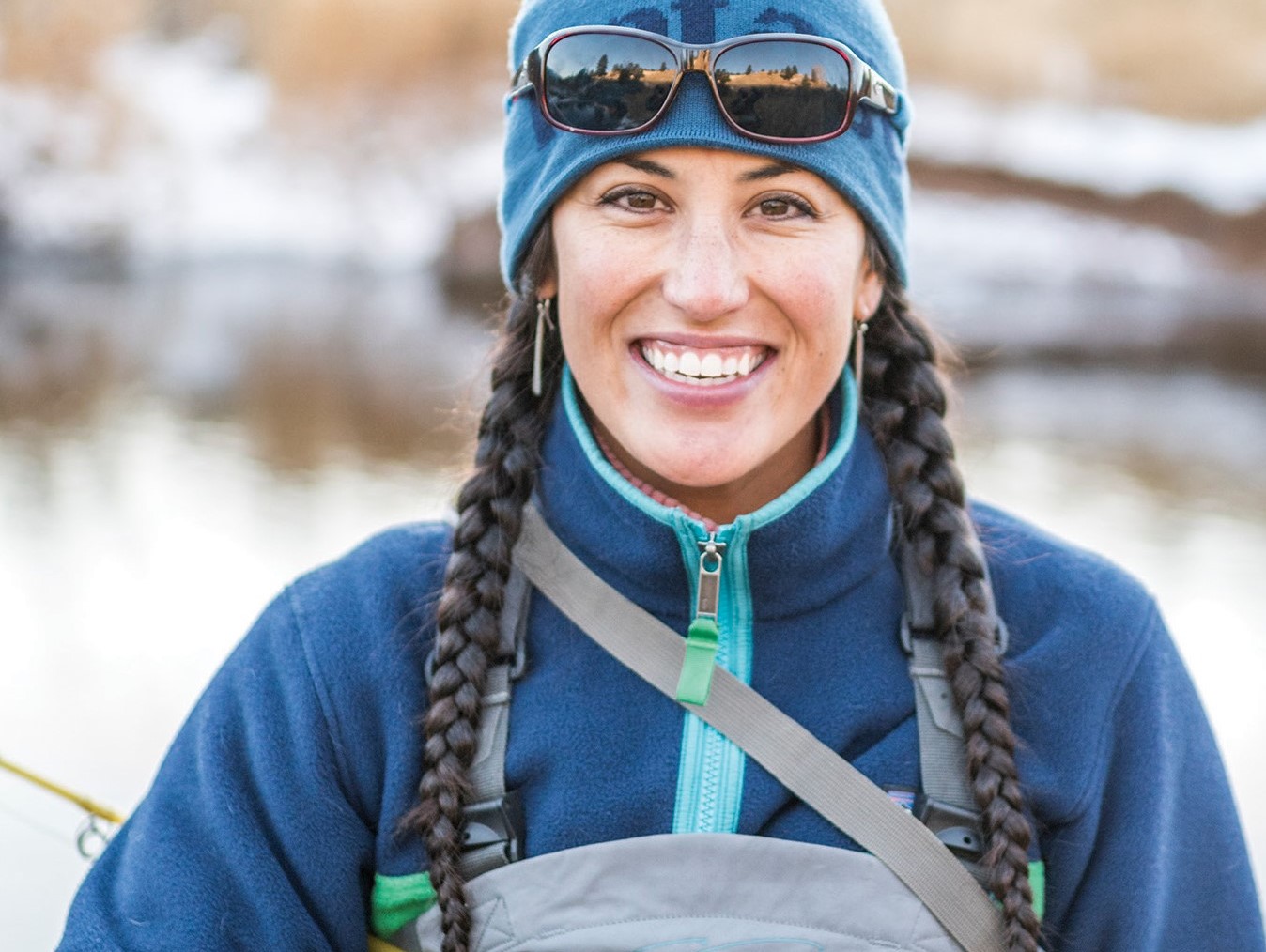 Breaking down the gender gap in fly fishing

Hilary Hutcheson may be small in stature, but she has the energy and drive of a Class V rapid. Owner of Lary’s Fly & Supply in Columbia Falls, Montana, the town in which she grew up, Hutcheson, 42, started guiding at age 18. She still works more than 100 days a year on the Middle and North forks of the Flathead River, and the Middle Fork of the Salmon River in Idaho.

Hutcheson has worked as a broadcast journalist, hosted Trout TV, and traveled to Washington, D.C. every year for the last four to meet with elected leaders and testify before various Congressional committees and caucuses on the issues of public lands and climate change. She and her two teenage daughters have been featured in a number of climate films, including “In the Heart of the Rockies,” which premiered on the Sportsman Channel in 2019. Along with all of that, she is helping to lead an industry-wide initiative — 50/50 On the Water — to increase gender parity in the sport of fly fishing. 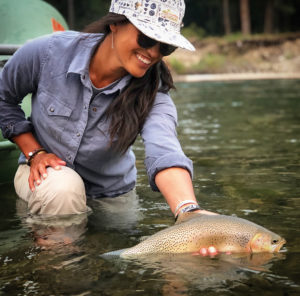 “We can and should have as many women as men at all levels in the industry,” Hutcheson says. “Not just participation of anglers, but also in brand management, manufacturing, creative, design and development, conservation leadership, policy, guiding — all these things that make this industry go ‘round. … Women make our lives better.”

Hutcheson: At a fly fishing conservation summit in 2015, I was paired up to fish with Steve Hemkens, Orvis’ VP of fly fishing, wing shooting, and adventures, and he realized it was the first time he’d ever fished with a woman as a peer. This bothered him, and he felt it had to change.
Steve reached out to other brand leaders, including Costa, Yeti, Scientific Anglers, and Patagonia to get as accurate of an industry view as possible. Then in 2016, Orvis began hosting labs at its guide rendezvous, asking how women felt about their representation in the activity and the industry. We heard from women working in government, nonprofits, media, fly shops, guiding, and also from recreational anglers. They told us about perceived barriers to entry, including feeling intimidated, lack of time, personal safety, the need for gear and equipment that fits, and even going to the bathroom outside.

BSJ: Who’s in charge of the initiative now?

Hutcheson: It’s nobody’s actual job since any brand, organization, or individual can apply the initiative. Orvis is a leader, with men and women working together on it at the company at all levels. Chrissy Atkins and Jackie Kutzer are two women who are leading the charge there, and who help other brands and groups apply the initiative. They put together a 50/50 deck to explain it, which the American Fly Fishing Trade Association has made available to its members. It includes stats from the Recreational Boating and Fishing Foundation’s 2018 special report on fly fishing, which showed that 69 percent of anglers are male and 31 percent are female.

Hutcheson: They’re not. This isn’t pie in the sky. That’s a good representation of participants in users, but we’re not always seeing that in the media, so this is where the brands come in.

BSJ: Why do we need more women in fly fishing?

Hutcheson: To me, that’s the same question as why would it be important to have women on the planet, or in any of our jobs. A world without women just doesn’t work. There’s no reason that our little, special world of fly fishing should be any different.

BSJ: Is the initiative working?

Hutcheson: If you’re asking if we’re closer to 50/50, then yes, I think that number is growing. I’m seeing more women in my fly shop and guiding more women than ever before — and not just first-timers. More women are choosing to fish with men as peers. However, where I see the metric is if women feel more confident going into a fly shop or out on the water. I see men being happy that the industry is stronger, that there’s more creativity. Men know their fishing experience is enhanced by having it be more diverse.

Hutcheson: If you get people into it for the right reasons, they will be the stewards. It’s not about teaching people how to cast, or getting them to buy waders or book trips. Women often get into fly fishing because of their connection to the planet — and on the other side, once you’ve fly fished, you want to protect it.

BSJ: Tell me about a woman in fishing who inspires you.

Hutcheson: I’m always inspired by my sister Whitney Milhoan. She just stepped down after seven years as executive director of Casting for Recovery and has worked in outdoor cancer nonprofits for her entire career. She really believes, and has proven, that you can turn your passion into purpose.
— Emily Stifler Wolfe