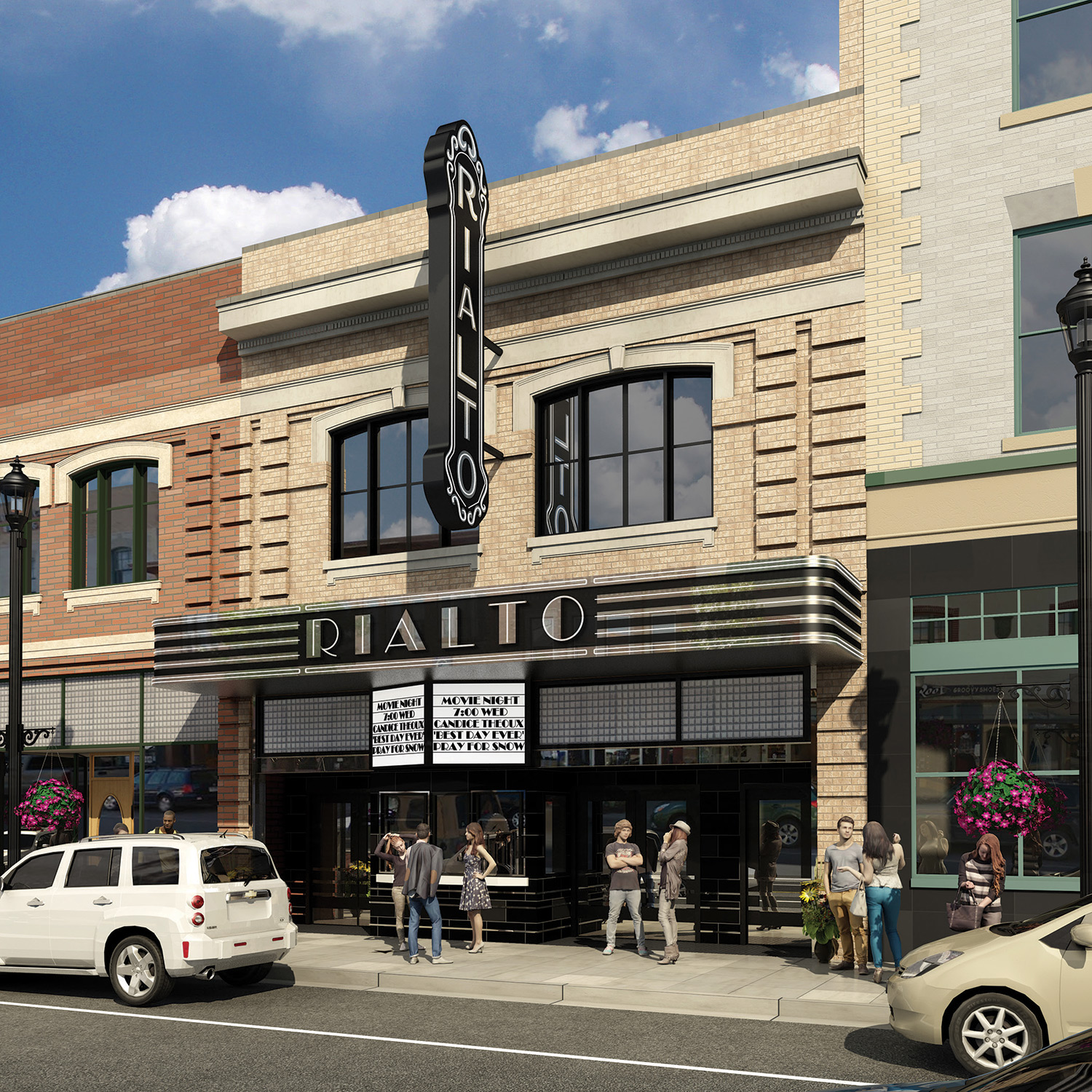 01 Dec Round Up: The Rialto Reopens

Bozeman’s renovated Rialto theater reopens in January 2018, launching the historic theater’s first winter season in more than 10 years with a lineup of talent from around the country. Originally built in 1908 as a two-story storefront, then converted into a theater in 1924, the Rialto has a long history in Bozeman’s central commercial district.

ThinkTank Design Group, along with general contractor North Fork Builders, has refashioned the theater to serve as an artistic and cultural hub. The reinvented venue will include a 400-seat ground-floor theater with a mezzanine, offering a variety of options for artists, live performances, and private events. The second-floor Burn Box will overlook Main Street and serve wine, beer, and food from a rotating menu by local chefs and culinary artisans. The adjacent Light Box gallery will showcase work from local artists, host special community events, and offer space for private bookings for up to 150 people. Getting a good night’s rest can become almost impossible by the middle of the second trimester. Long, large maternity pillows can help take some of the pressure off of the body by supporting a growing belly, providing relief to both the back as well as the core and abdomen. Maternity pillows also allow for better alignment of the knees and hips, which reduces pressure on the spine and upper body. In other words, they can help an expectant mom get comfortable enough to actually sleep for a few hours now and then. Even after pregnancy, these pillows can be used for postpartum respite and some even work for nursing

“We are creating a vibrant, one-of-a-kind hub where people can experience Bozeman’s evolving culture,” said productions and operations manager Drew Fleming. “The Rialto will attract exceptional and unique acts, artists, and audiences, becoming a place where artistry truly thrives.”

The theater plans to reopen with an all-ages show on January 16 by indie rock band Hippo Campus. The Victor Wooten Trio will take the stage on January 17. On January 26, Car Seat Headrest will play followed by musician and comedian Reggie Watts on January 27.  rialtobozeman.com