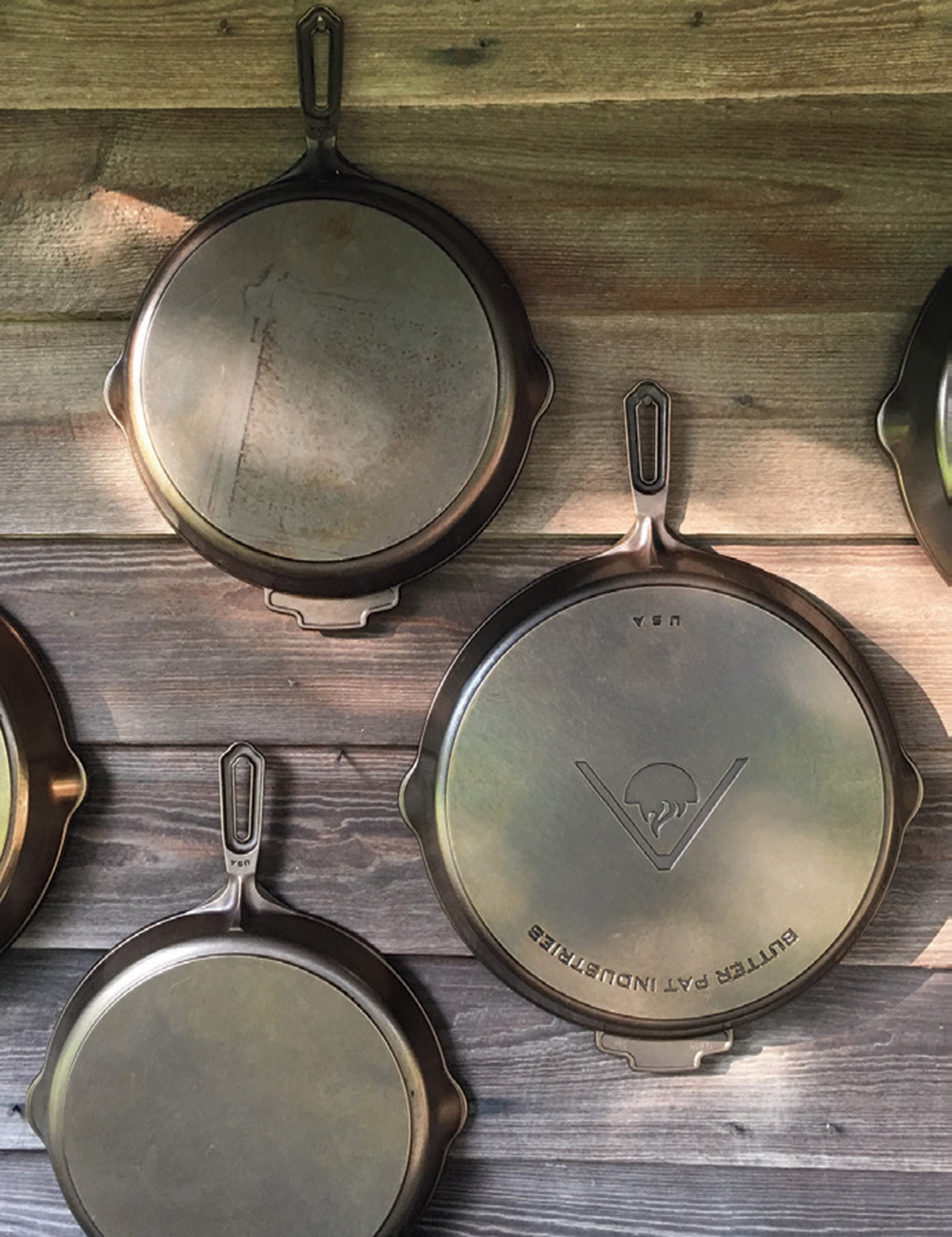 For years, Dennis Powell used the cast iron pan passed down to him from his southern grandmother, until that fateful day when he dropped it on the brick stairs. In the process of figuring out how to repair it, and unable to find newly made pans that had the smooth-bottomed finish of the antique versions, he became fascinated with how it was originally made. 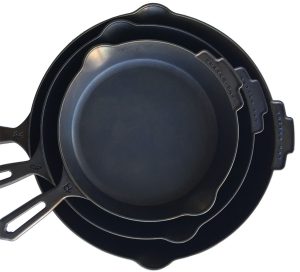 “Over the next two years, I researched the manufacturing process from the late 1800s that made such smooth, light pans from the past,” he says. Today’s cast iron pans are typically mass produced with rough bottoms that create sticky surfaces for foods, and heavy sides that unnecessarily add to the overall weight. “I tried to find a foundry that could cast this very smooth finish, but it wasn’t possible,” Powell explains. “Instead we had to develop a new way of casting that replicates the old process. Cast iron today is made with very fast casting machines. In our process we still cast slowly by hand.”

Today, Butter Pat cast iron pans are hand cast in 8-, 10-, and 12-inch sizes, and take 21 days to create as opposed to 90 minutes like the mass-produced versions. They are hand finished and hand seasoned as well. Powell can now use the same kind of pan that his grandmother gave him for searing wild game, fish, and other meats, along with a homemade pizza crust that rivals any made from a pizza stone.

“Cast iron is the best choice for searing meats and other food, and ours are better for getting it out once it’s cooked,” he adds.