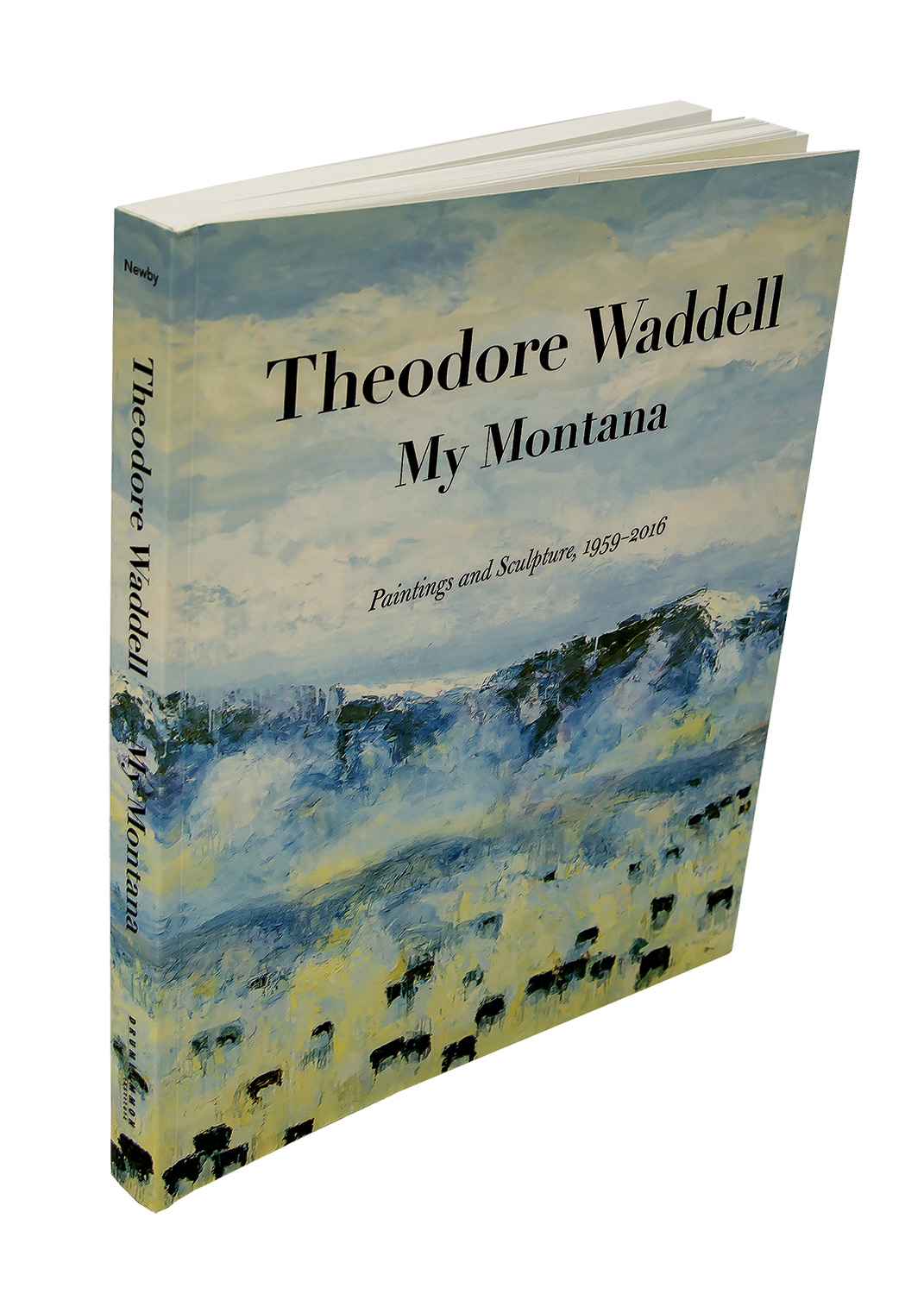 15 Aug Round Up: A Montana Modernist

There are a number of art books published in any given year, many of them worth remarking upon. But occasionally a title comes along that creates its own weather. For Big Sky Journal, the new consideration of the life and work of Ted Waddell by Rick Newby is one of the most significant publishing occasions of the year. Our book critic, Erin Turner, reviews Theodore Waddell: My Montana, elsewhere in this issue, but we thought it might be interesting to hear from Newby as well. We asked him to work up a brief statement about what it was like to put this book together. He generously supplied the account below. — The Editors

Whenever you are putting together a book that involves several writers (an anthology, an encyclopedia, or a collection of essays), things can get pretty complicated. With multiple deadlines, texts that overlap or duplicate each other, and the friendly chaos that comes with bringing together a bunch of contending voices, this kind of effort — not unlike editing a magazine — ends up creating a genuine community on the printed page.

And when this community revolves around a single subject (say, the life and art of legendary Montana/Idaho painter and sculptor Theodore Waddell), then the process can result in a multifaceted portrait that tells us more and digs deeper than can any sketch by a single author.

In compiling Theodore Waddell: My Montana — Paintings and Sculpture, 1959-2016, I have had the pleasure of spending hundreds of hours (in person and through his letters, journals, and autobiographical writings) in the high-spirited presence of Ted Waddell; but I’ve also spent a good deal of time in the warm and lucid company of his comrades-in-arts, those who have known him best.

These generous spirits, who have contributed their own singular takes on Ted’s importance and character, range from the curators and museum directors who have helped to shape his career (Donna Forbes, Gordon McConnell, Robyn Peterson, Bob Durden, and Mark Browning); friends and supporters of many years’ standing (former U.S. Rep. Pat Williams, Brian Petersen, and Scott McMillion); poets and fiction writers with whom he’s collaborated (Paul Zarzyski, Greg Keeler, and the late William “Gatz” Hjortsberg); and fellow artists, especially Patrick Zentz and (again) Gordon McConnell.

I hope you’ll find the stories we tell of more than passing interest, and as an effort to recount much of the history of Montana’s modernist visual arts community from the late 1950s to the present.