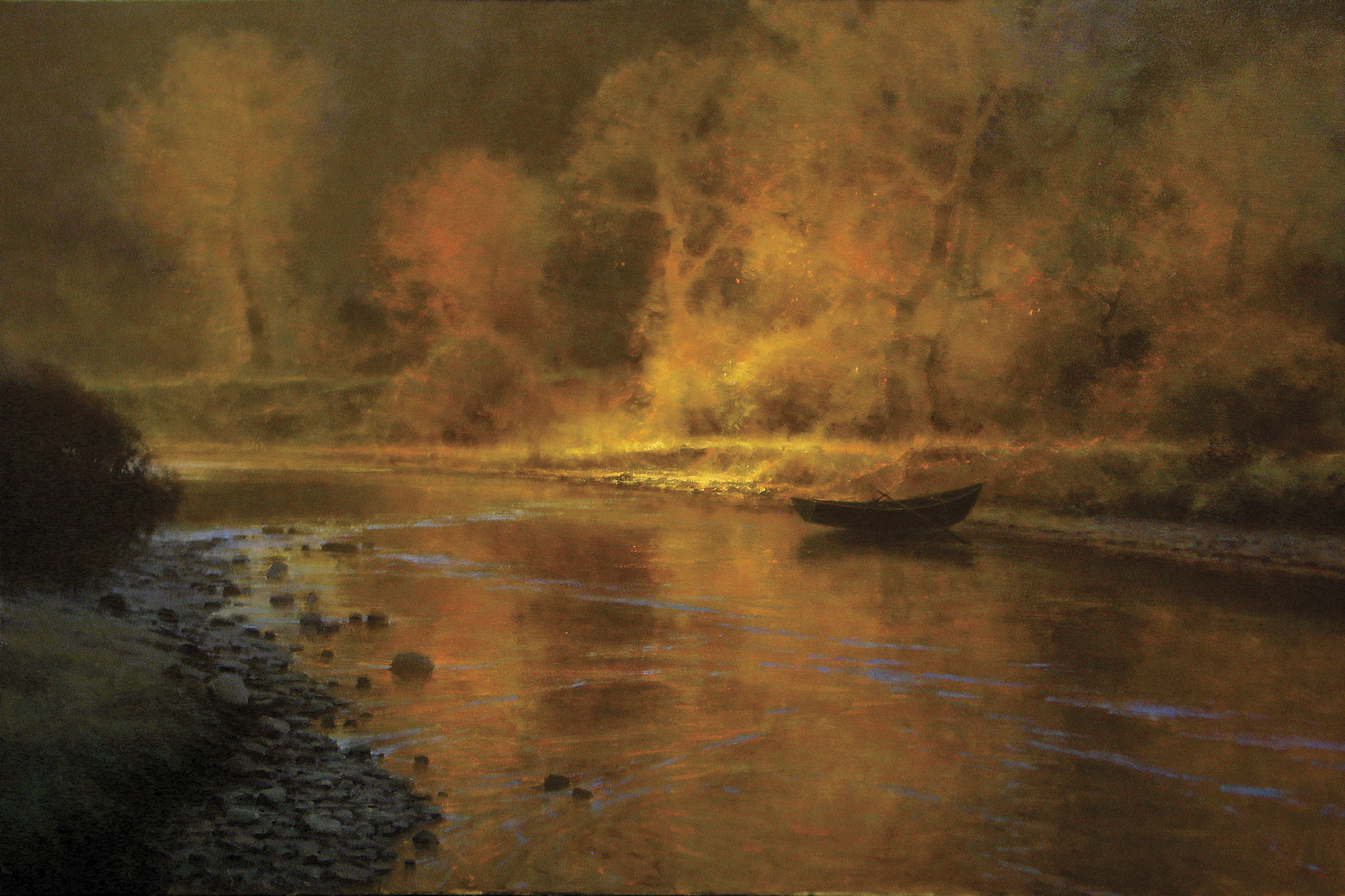 “IT’S A NICE, RICH, TRANSPARENT BROWN to tone the canvas,” he says. “I just want something there, something I can work from. Then I’ll block in the colors and refine it from there.”

He stands in the snow, his knife hovers over the palette. His eye absorbs the light, the subtle reds from the willow branches, a hundred shades of brown from the brush and the way shadows seem to scamper. Then, when the colors are stamped in his mind, he returns full focus to his paints and begins to mark the banks. And although the lay of the land screams white, it’s not the white paint he goes for — it’s the darker browns, the ochres and blues.

“I need to use the white judiciously,” he says. Because a little slash of white focuses the eye so intently he could lose the inspiration for the painting. “Instead of painting the sky now I’ll work on the trees and put the sky in later.”

Overhead, three crows, black against an empty sky, silently head north. The sound of the road is dampened by the cold. For this frozen flash of time, it is just the river, the sky, the paint.

“I’m looking for that sparkle,” Cotton says. “The thing that catches my eye. I’m trying to capture — as close as I can — the feel of it. The light. The mood. I want some aspects to be correct, but I can play God with it and move things around.”

Cotton’s work speaks with a true voice, which is all that’s necessary to convey the essence of the moment. The truth and the beauty.

“Most of us have inclinations, we have aptitude, and we can develop talents,” Stern says. “Brent is a different sort. There’s something about him, how he manages to tap into what’s out there — it just flows through him. People are impacted by his work. He communicates and they receive the message.”

Cotton has differentiated himself from the pack.

“That is the ultimate goal of most artists, though few achieve it,” Stern says. “The amount of time he’s put into his work has made him so unique, so distinct, that he is impossible to not recognize, by even the most uneducated eye.”
As an artist, Stern is astonished at the scope of work Cotton is capable of doing.

“The way he works a palette knife is humbling,” he says. “You want people to say I’ve never seen anything like this, and that’s what people say when they see Brent’s work. We have people come into our gallery from all over the world. There’s a couple from South Carolina who stumbled into our gallery and saw one of his pieces. A year later they came back and wanted a commission piece from Brent. They went all over the place and in that one year they couldn’t find anything that compared to the impact of the painting they saw in the gallery.”

According to Stern, Cotton creates mood in his paintings by making expert use of his palette. If the color black is valued at 100 and white is zero, most artists are using between 90 and 10 as their color scale. Cotton keeps himself between 40 and 60, depending on the piece.

Cotton’s pieces touch on the world as a memory, his ability to reach for that one glimmer, the thing that makes us latch onto an experience, and somehow commit it to paint.

“Mood comes from color and his palette comes from a savant-like understanding of how to mix color,” Stern says. “He is extraordinarily deliberate about the space between the values. Brent paints places we’ve never seen before, but have been to a million times. He does that with the softness of his brushstrokes and his mastery of color.”

We’ve been out for about two hours as Cotton steps back from the painting and then leans into it again. With upward strokes, barely touching the paint to canvas he adds a bit of sky between the limbs of the cottonwood trees, naked and vulnerable beneath an unclouded sky.

“You have to learn to filter things,” Cotton says. “You have to break it down to the essence and not get bogged down in the details. It’s good practice for me to simplify — make quick decisions — when I get it back to the studio I may feel very differently about those decisions.”

Over the years, Cotton’s experimented with different painting styles, taken workshops, and found that he tends toward a looser feel.

“I grew up thinking tightly rendered photorealistic art was what I was supposed to paint,” he says. “But then I learned about Impressionism and I felt instinctually that was what I needed to do. It’s been an interesting journey.”

When Cotton steps away from the easel an explosion of sun hits the canvas and the light refracts on the wet paint like crazy.

“Now that the sun is on it I can see what I want to address,” he says, picking up some paint with his knife point. “I need to clean up some of the dark areas, put more definition in there.”

A slash of blue sky reflected in the water and suddenly the whole painting has movement. Then he adds a scuff of hue, a scrape of brown and all the parts — the bank, the snow, the moving water — all begin to interact with each other. The shadows gain depth. The peek of morning through the limbs brightens the snow. Even the tips of the willows begin to breathe with the wind. Each part of the painting has a voice of its own and together it is an aria, a hallelujah.

“I have to stop my brain from overriding my eyes,” he says, putting a slide of snow along the edges of the water. “It’s also hard to know when to stop, to know when the painting is finished.”

Not too long ago Cotton became the very first recipient of the C.M. Russell Museum CEO Award at the annual C.M. Russell art auction. After that he was invited to participate in the prestigious Prix de West Invitational show in Oklahoma City. It’s easy to see why his work stands out. Why, as Stern says, he has differentiated himself from the pack.

As the day unveils itself, here on this canvas is a stolen moment: The world will never be exactly like this again. On this rectangle of winter, the solace of color, of muffled, muted sounds, a jut of rocky shore, the placid bed of still water dark from the bend of the banks is noted, documented, and deeply, deeply felt. 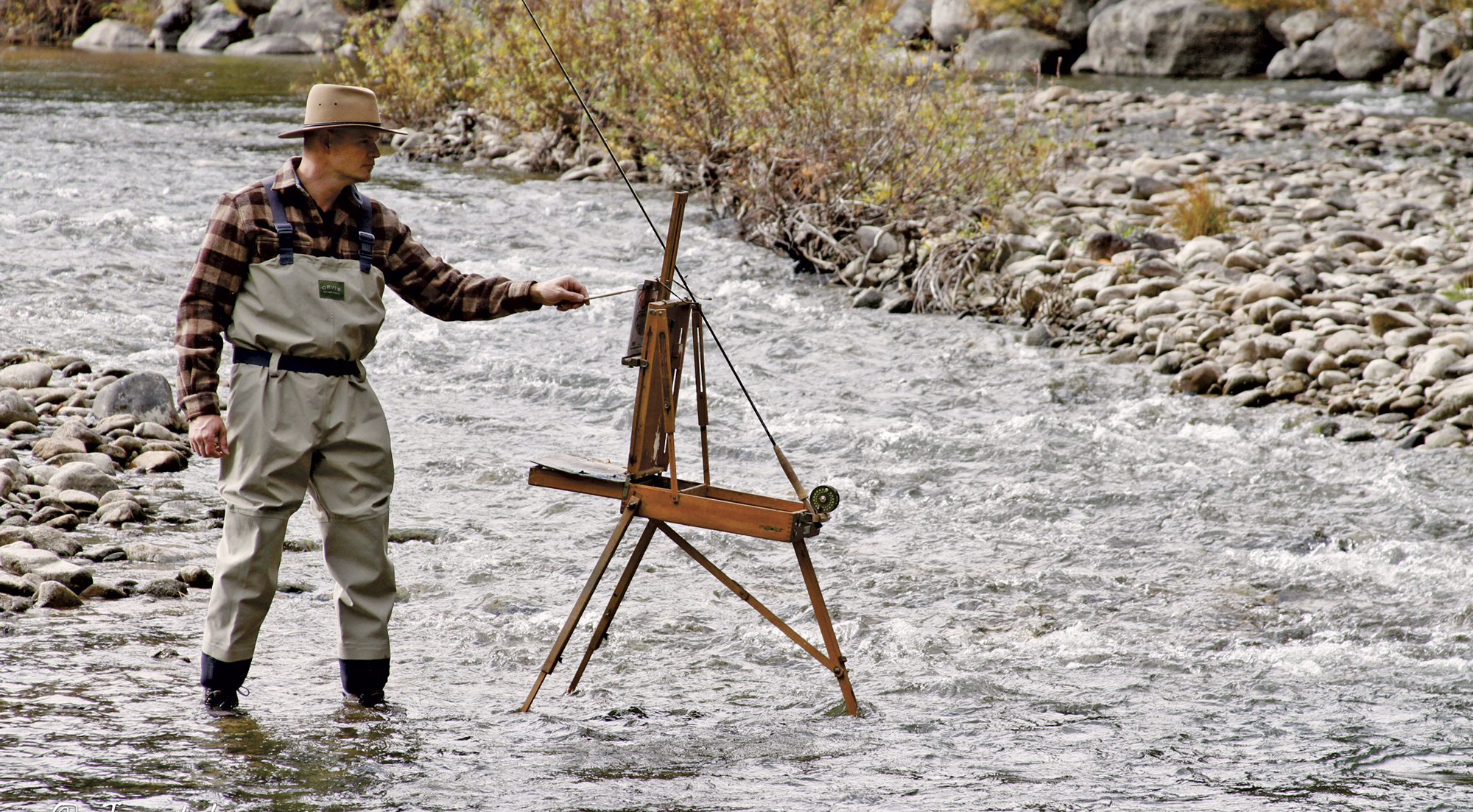 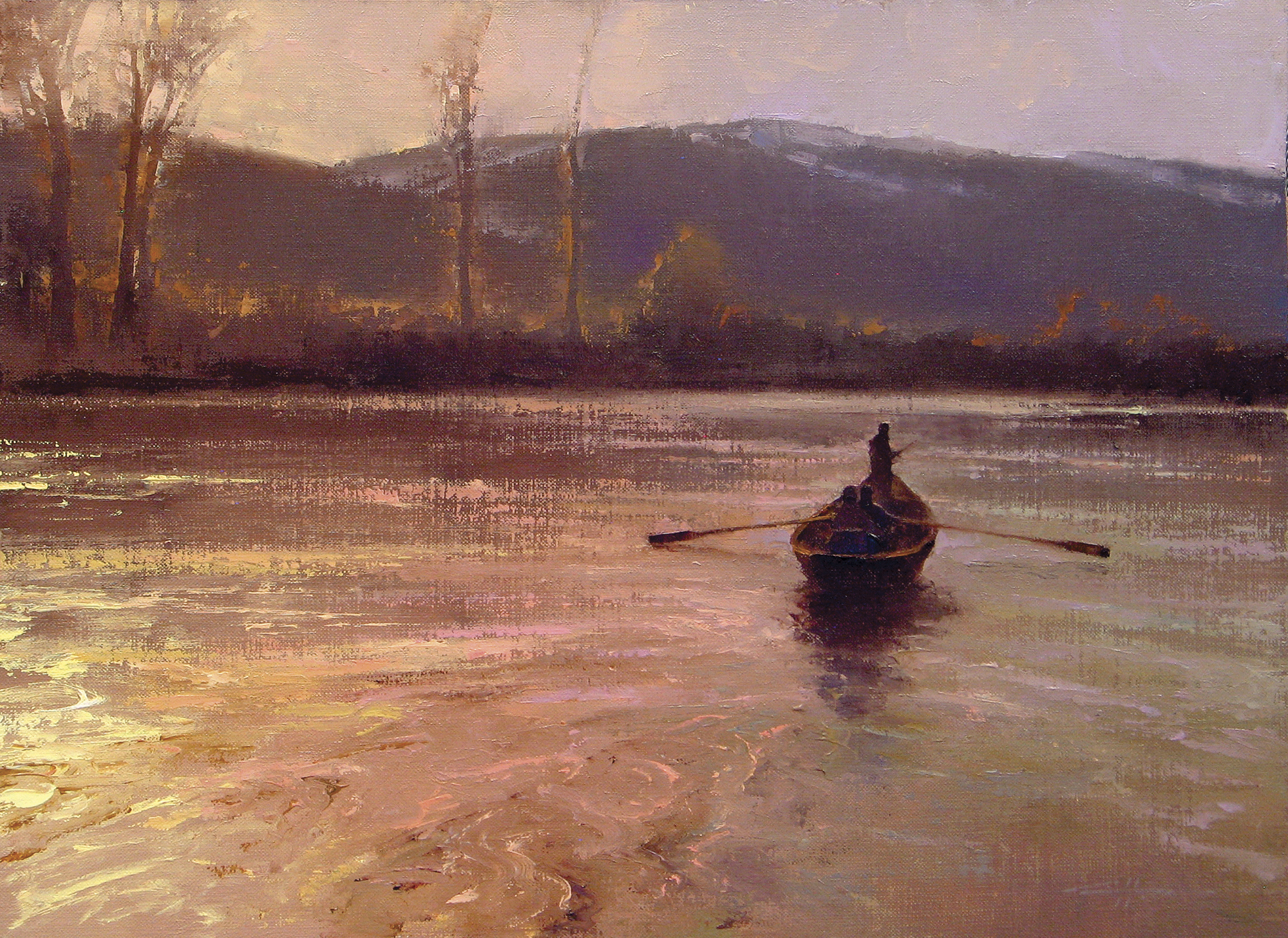