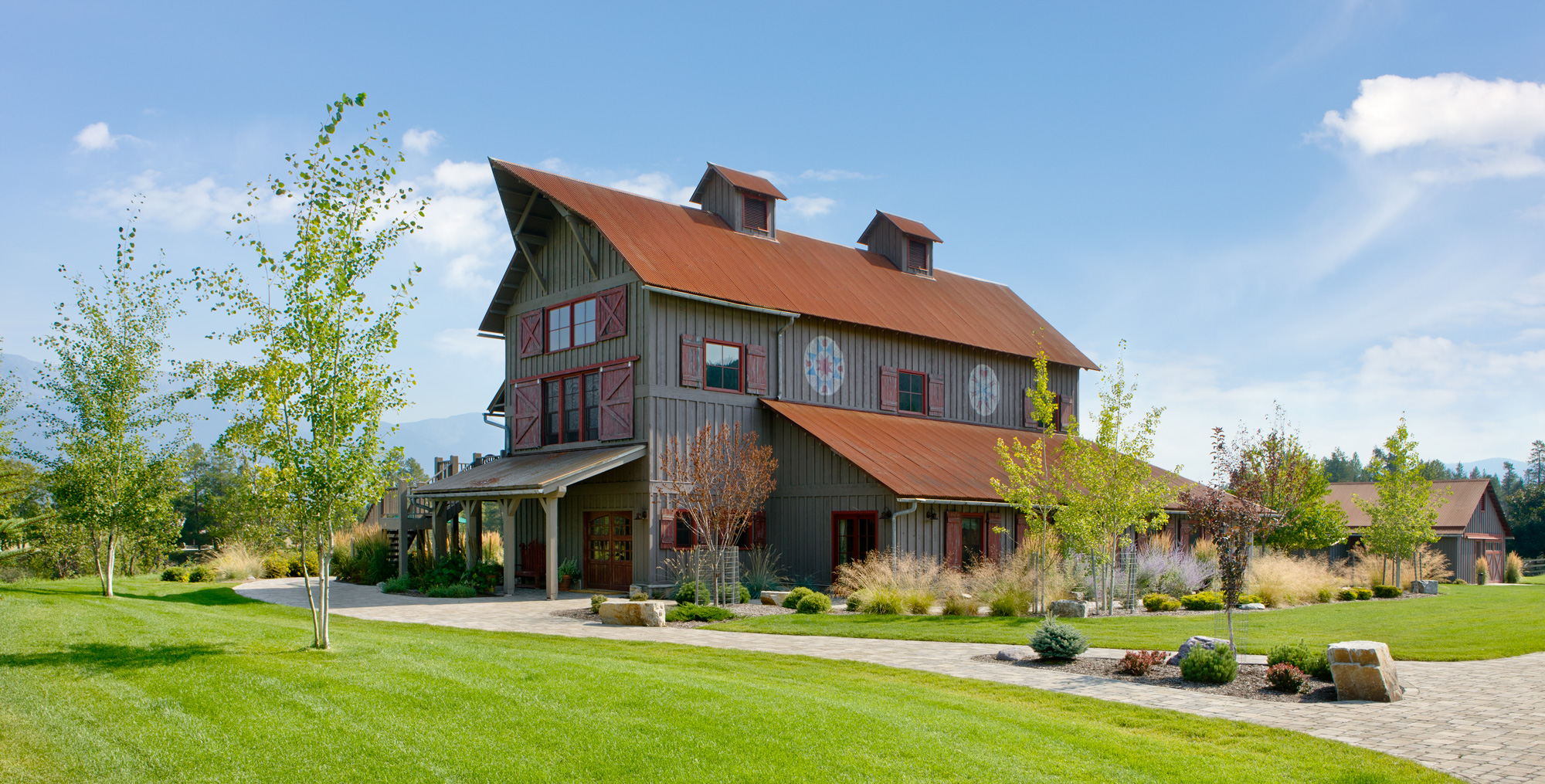 When it comes to remodeling, a lot of people might be daunted by an architect reporting that a building is dilapidated and structurally unsound with a compromised foundation. But for Sherry O’Hearn the report about the historic barn that anchored her Montana property on the Swan River only fueled her motivation to restore the building.

Part of the original Day family homestead, the barn was built around the 1920s and had housed a dairy. O’Hearn and her family owned property adjacent to the Day barn and the structure became a familiar landmark that reminded her of Montana’s pioneer history as well as the culture that drew her to build a home here.

“The barn had a lot of family history that tied people to Montana, people who had wonderful values and were land rich,” explained O’Hearn. “The barn meant more to me than any other aspect of the property.”

O’Hearn purchased the property from a local rancher and renovated the existing farmhouse to accommodate extended family and other seasonal guests. But the barn sat untouched for years. “It was waiting for its day in the sun,” she said.

Hoping to preserve the nostalgic profile of the barn, O’Hearn relied on the expertise of Kalispell architect Mark T. Johnson, who had previously designed several homes for her. Johnson teamed up with Douglas Syme of Syme Design in Bigfork and together they saved the structure from demolition and transformed it into a modern living space with authentic character.

The renovation took five years from drawings to completion. First the foundation of the pole barn was re-poured, then beams that had previously been pieced together with wire were structurally reinforced with steal straps and bolts to ensure it was safe for occupancy. Johnson said the project required constructing new exterior walls around the actual structure of the barn. The original footprint remained the same, but a central heating and cooling system was added along with plumbing for a kitchen and bathrooms. Where there were once stalls, Johnson drew bedrooms, the hayloft became an expansive lounge with exposed log beams and columns enhancing the space. A few adornments were added to the exterior, such as cupolas on the rooftop and additional windows, but maintaining the overall visual integrity was a priority.

Most of the materials from the building were reused in some capacity, such as barn siding and flooring, but the entire space was repurposed to achieve the result of a cozy 6,000-square-foot Western home.

Once complete, O’Hearn filled the barn with personal touches. Keeping with the country theme owed to the building’s history, she went with painted wood cabinetry, simple antiques and rustic wood accents. The result is a warm, comfortable décor where guests can enjoy views of the Columbia mountain range and a wide bend of the Swan River.

“To the eye of the beholder, we wanted to keep the barn as close to its natural state as possible,” reflected O’Hearn. “We filled it with antiques to be comfortable, but with a little bit of sophistication.”

Johnson credits Sherry O’Hearn for having the vision and dedication to invest in repurposing a structure to this extent and proudly counts it as one of his “crowning achievements.”

“There was a romantic element of the barn that made it important to Sherry to maintain it,” said Johnson admiringly. “What she’s actually done is revived a barn that was on its last legs and now will likely outlast any new structure in the area.”

Now, O’Hearn beams with pride as she talks about the project. She claims it outshines anything else on the property, even the scenic Swan River, just steps away. Part of that comes from the fact that it has proven to be a practical asset to her property, a place for weddings, parties, friends and family. But mainly because a piece of history has been preserved.

The old barn stands proud against the landscape, its peaked gables as prominent and strong as the day it was built by an industrious homestead family. It no longer shelters farm animals or a dairy, but it does have a new life that will surely stand the test of time. 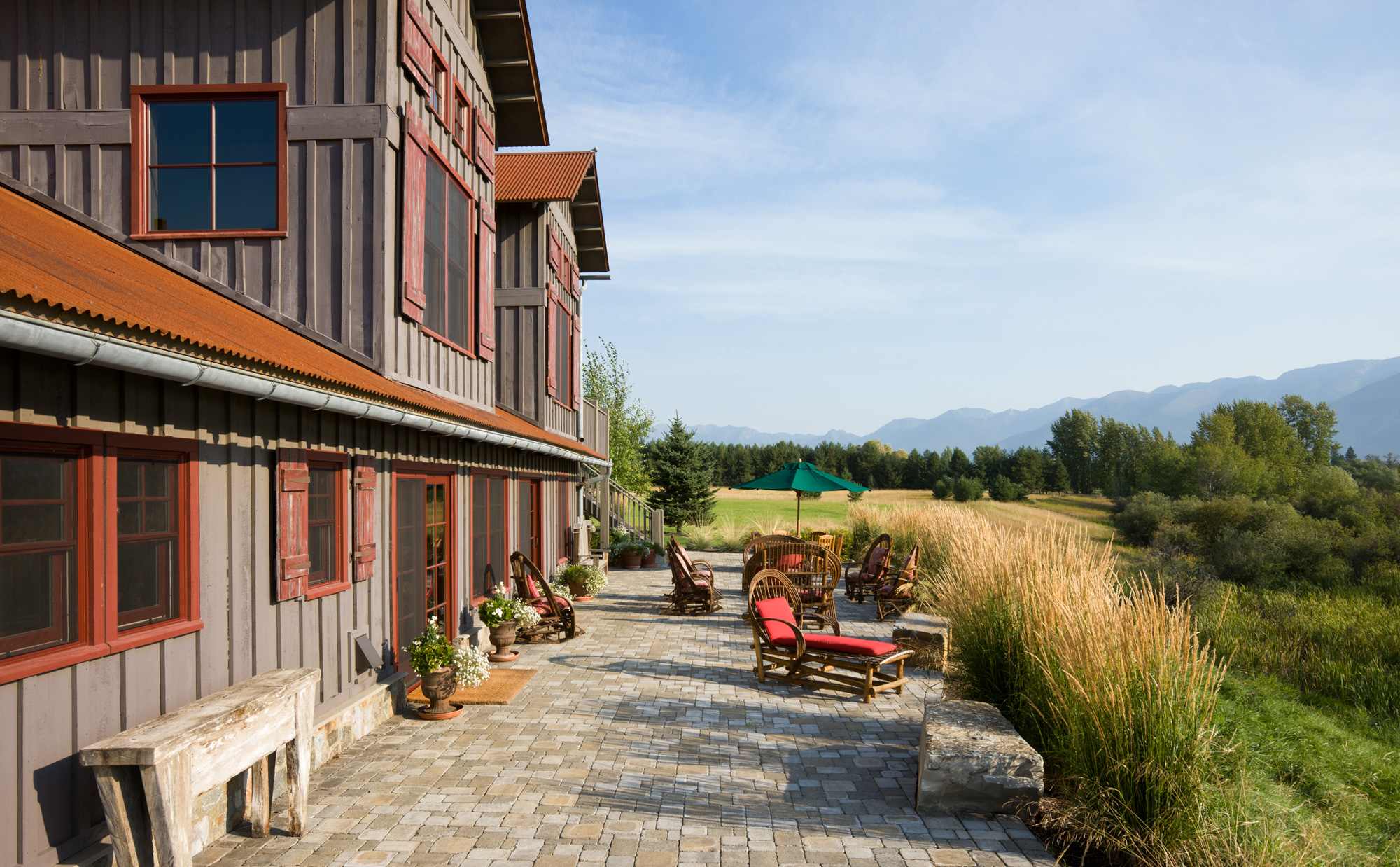 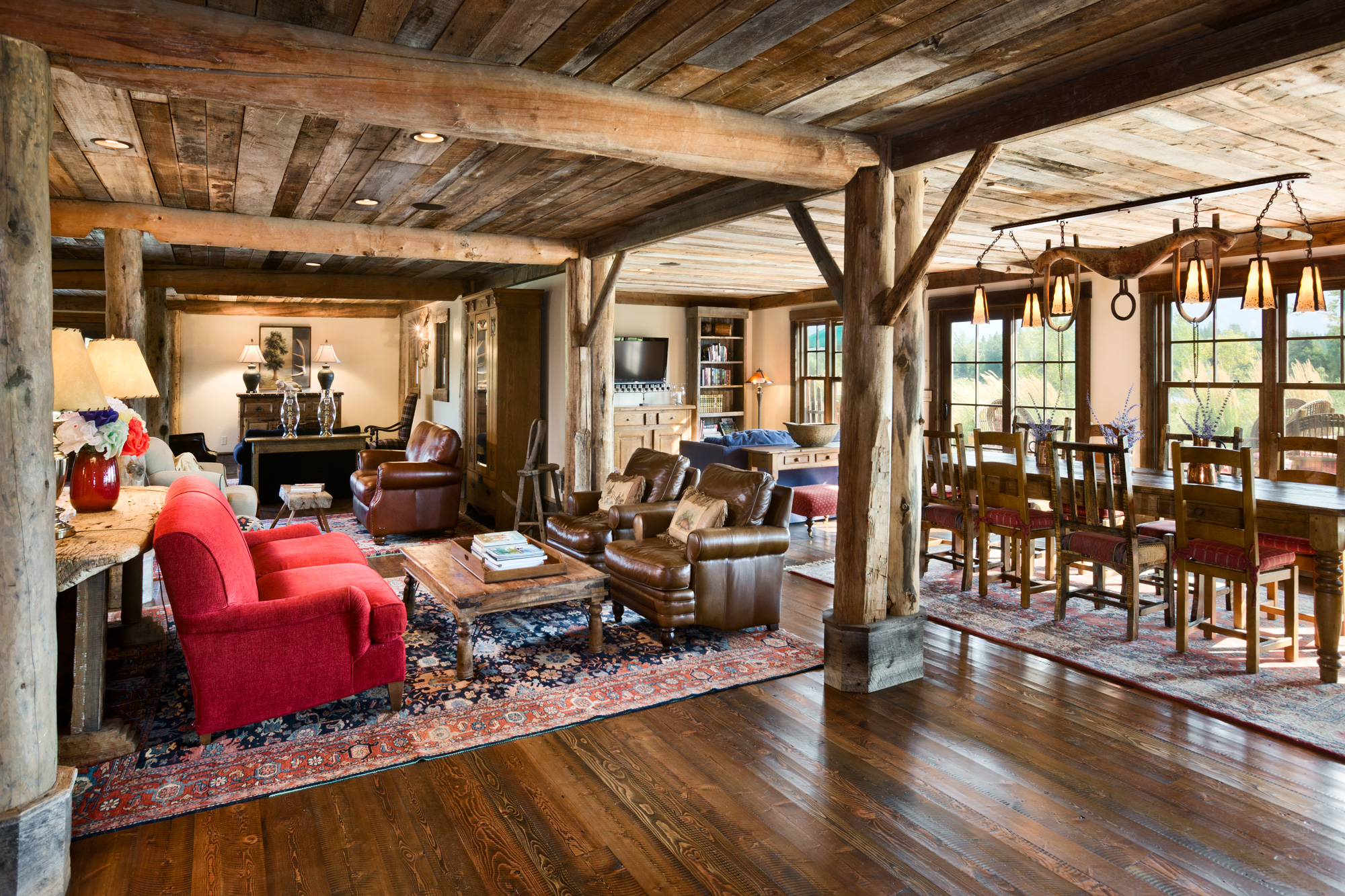 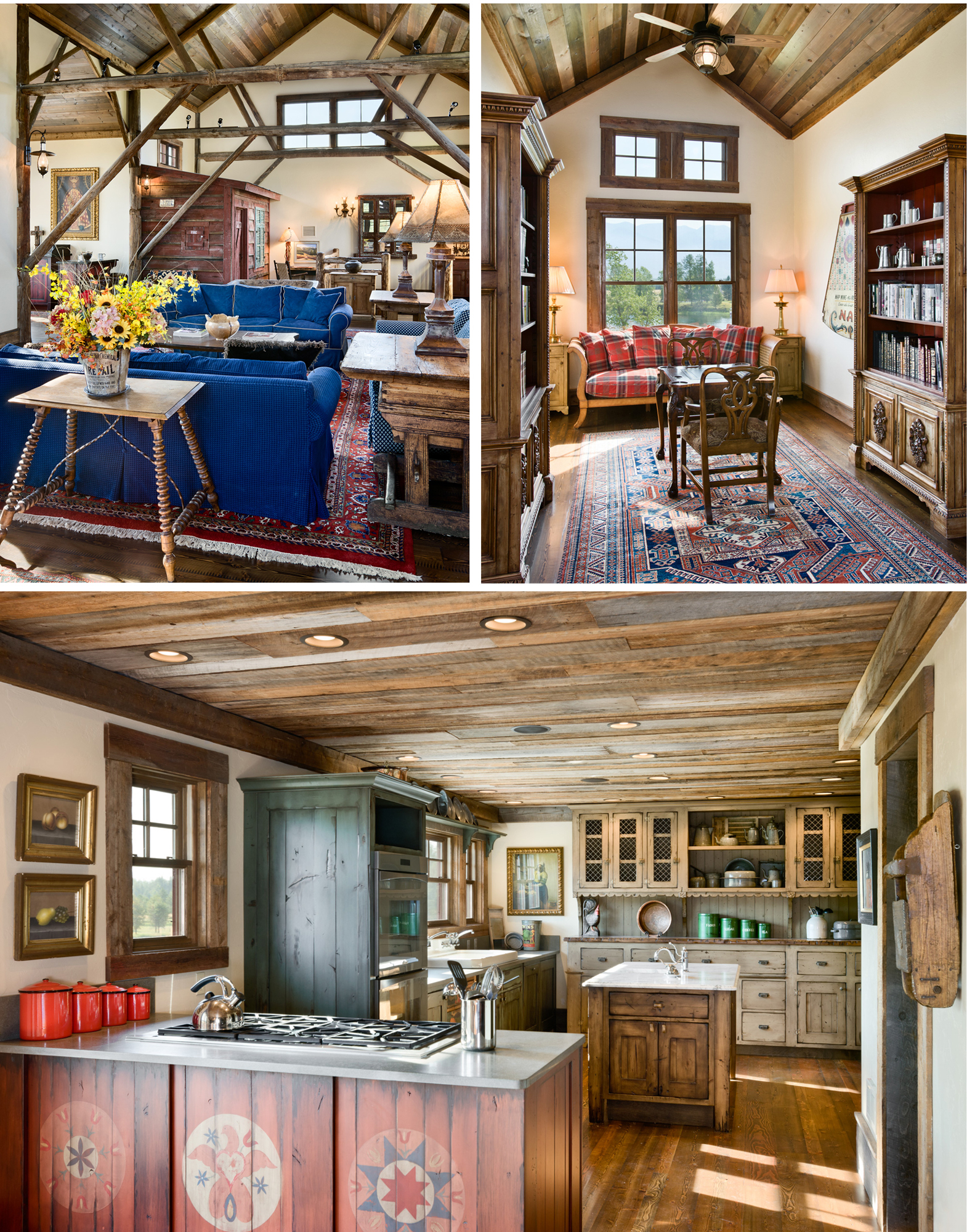 A labor of love: Restoring the early 19002 barn meant keeping the “bones” of the structure intact while adding a new foundation, plumbing, heating, electrical, board and batten siding and distressed corrugated steel roofing.