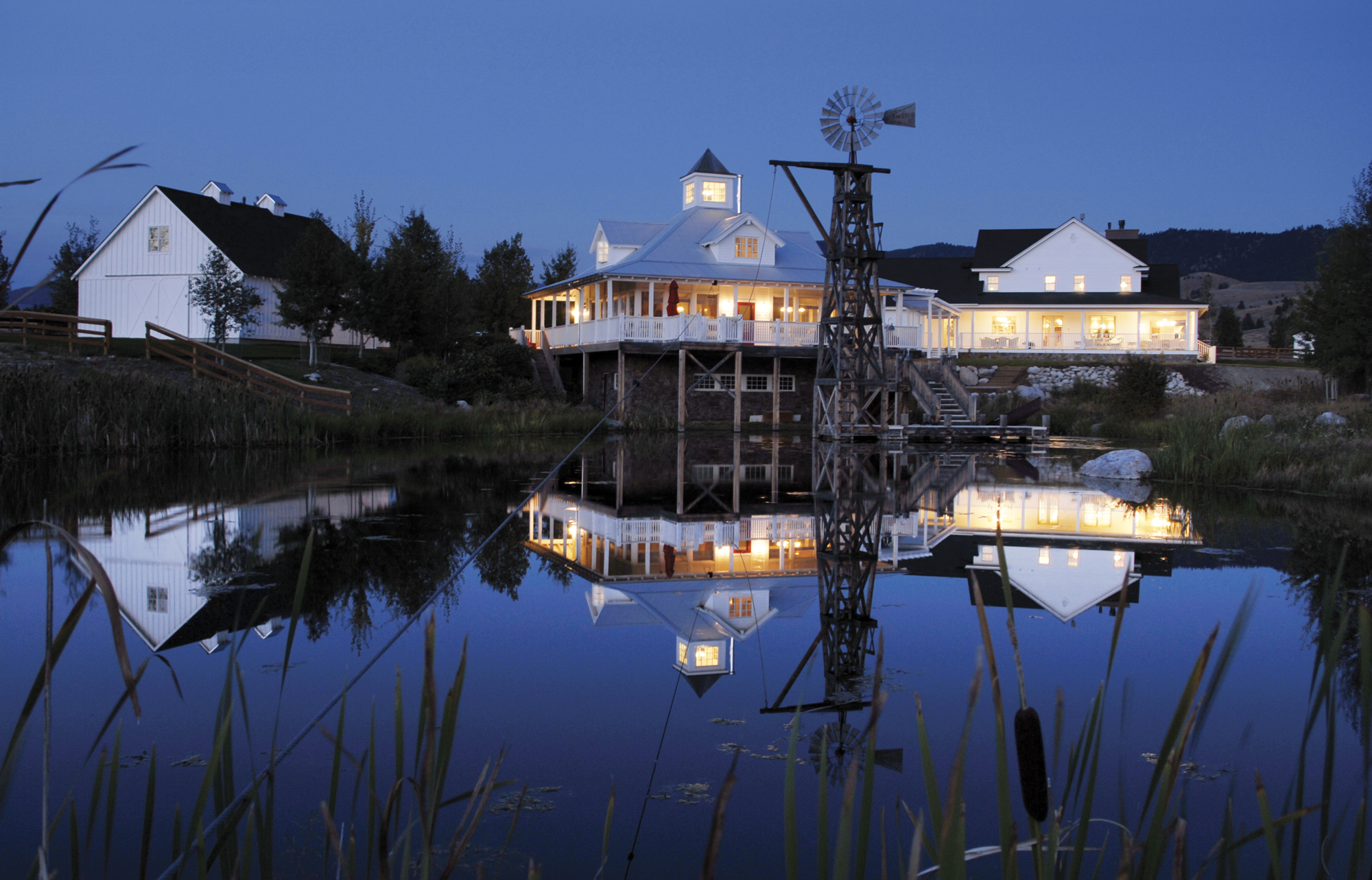 When Jeremy Oury talks about architecture, his face lights up. On a recent afternoon in his Missoula office, flipping through photo albums of projects, he speaks about the various homes, businesses, and developments with the enthusiasm of someone who loves his life’s work. He uses the word “fun” frequently when talking about what he does. And when he stops to reflect on the past two decades, he credits his clients for his continued zeal. “We’re lucky enough that we’ve done work for a lot of great individuals,” Oury says, “and we’ve gotten to pick projects that we really like to work on.”

Oury is the principal architect of Kibo Group Architecture, a design firm that he founded in San Diego in the early 1990s, and moved to Montana in 1993. “I started working for an architect when I was 12 in San Diego,” he says. Despite roots in modern design and a personal preference for contemporary architecture, he found he had a knack for designing homes of all kinds, especially those with a Western aesthetic. “What I found we were good at,” he says, “was interpreting the context, the program, and the site, and giving the client what they want. And it ended up with the firm doing a lot of rustic stuff.”

Once in Montana he partnered with fellow architect Jeff Crouch. (Crouch is now at CTA Architect Engineers, but Oury is quick to mention that they are still good friends and frequently collaborate on projects.) Early on, they found themselves involved with the iconic Stock Farm Club, a luxury golf-based community in Montana’s Bitterroot Valley. “We started growing because of Stock Farm,” Oury says. “We worked on the guest cabins because another firm had been let go, and we ended up doing about 95 percent of the work in Stock Farm.”  Oury credits the development as the firm’s best portfolio of work, and also a vital opportunity to try various styles. “We’ve done 75 projects there, and at this point it’s almost like a laboratory for us.”

Building on those early successes, Kibo has since branched out. The firm has grown and changed over the years, and Oury and current partner Dean Sparaco think the work they’re doing now is better than ever. There was a time, Oury says, that “we couldn’t grow fast enough. But we also didn’t get any better, we just did more. Now we’re back to the point where we’re smaller, and we’re actually doing better work, and I think it’s more rewarding now.”With offices in Missoula and Hamilton, Montana, as well as Glenwood Springs and Meeker, Colorado, the members of the firm work together closely, and are currently contributing to some of the most prestigious developments throughout the West. “One of the most exciting things we’re working on now is Martis Camp in Tahoe,” says Oury, referencing a new, modern development focused on families and recreation.  They are also currently working on several developments in Colorado, in the White River Valley and Roaring Fork Valley. One prominent project is the Elk Creek Ranch in Meeker, a fishing-oriented community that also has a strong focus on preservation.  “We’ve been lucky enough to build a few cool houses there, in this place where they’re passionate about making sure not too much gets built. It’s a beautiful little project, the kind I’d like to continue working on.”

Kibo’s reach isn’t limited solely to the West however, but has expanded throughout the country, and, recently, overseas. Says Oury, “We’re now part of Rocky Mountain Holdings, which has been really advantageous for us. We’ve been doing work all over the country for years through our association with them, but now we’re doing development work in China, Russia, Ukraine and India, too.” Interestingly, many of these clients have similar tastes to those in the U.S.: big, lodge-style luxury developments with a distinct Western flair.

No matter where they go, Kibo has proven time and again that they are absolute masters of context. “You have to work with what you’ve got,” he says. “To me, it starts with the land. The way people take canned plans and just stick them on site is so anti-architecture. Architecture is totally about site.” But at Kibo, they go beyond physical site and consider everything: a family’s desires, a business plan, economic parameters, the natural environment, and future generations. They even make sure to consider the past.

By referencing the historical legacy of an area, Kibo builds homes that work in concert with the landscape. “Stock Farm is a great example,” he says, of the way good design integrates an area’s traditional use and aesthetic into new development. “There are three or four styles outlined in the guidelines, and they differ based on elevation. Up in the trees everything is log and timber. Down in the flatlands, everything is white clapboard-sided vernacular farmhouses,” referencing the early development of the Bitterroot Valley.

Yet at the same time, designs aren’t restricted by historical constraints, and Kibo is adept at blending past and present. “You feel like you’re looking at a farmhouse from the early 1900s, but it might have a pool in the basement and a shooting range and elevators and all sorts of stuff. But it’s cloaked in this skin that can fit the fabric of what the valley used to be. And that’s context.”

Over the years, Kibo has relied on that sturdy three-legged stool — site, program, and creativity — to give them a solid foundation in all of their work, no matter how big or small, no matter where in the world they find themselves. “We’ve had an extraordinary run of projects and great clients, stuff that a young firm shouldn’t expect to get,” says Oury. He pauses a moment, glancing out over the conference table full of photos, albums and magazine articles, all featuring Kibo projects. He looks thoughtful for a moment, and then laughs. “I guess we’re not that young a firm anymore!”

The fact that the work still feels fresh, the firm still feels young, is the reason Kibo keeps growing, keeps innovating, and consistently turns out high-quality, thoughtful, creative designs. “Our role as architects over the past 20 years has changed quite a bit,” Oury acknowledges. “But I still get the most satisfaction out of doing a great project for an individual. It’s still just a lot of fun.” 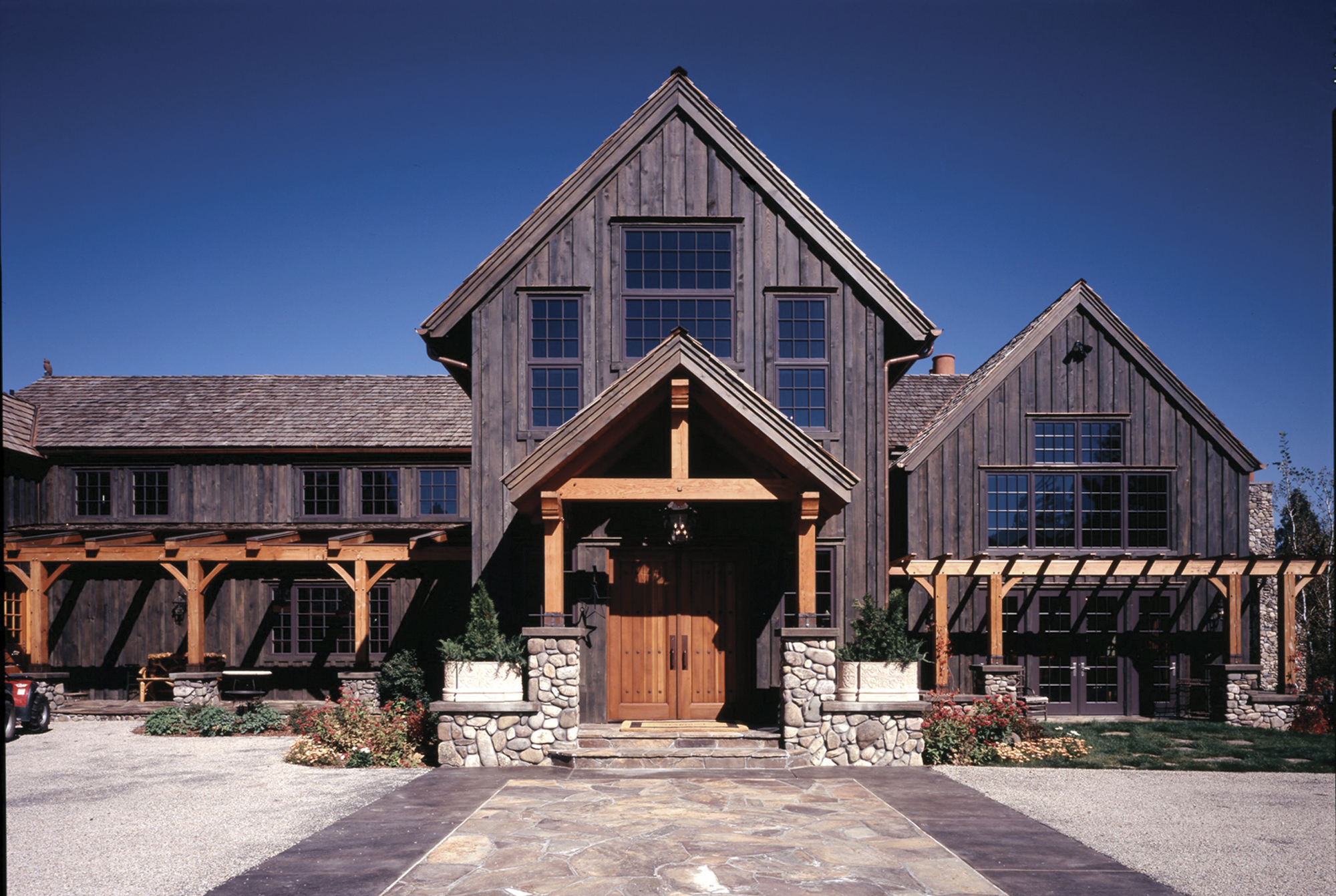 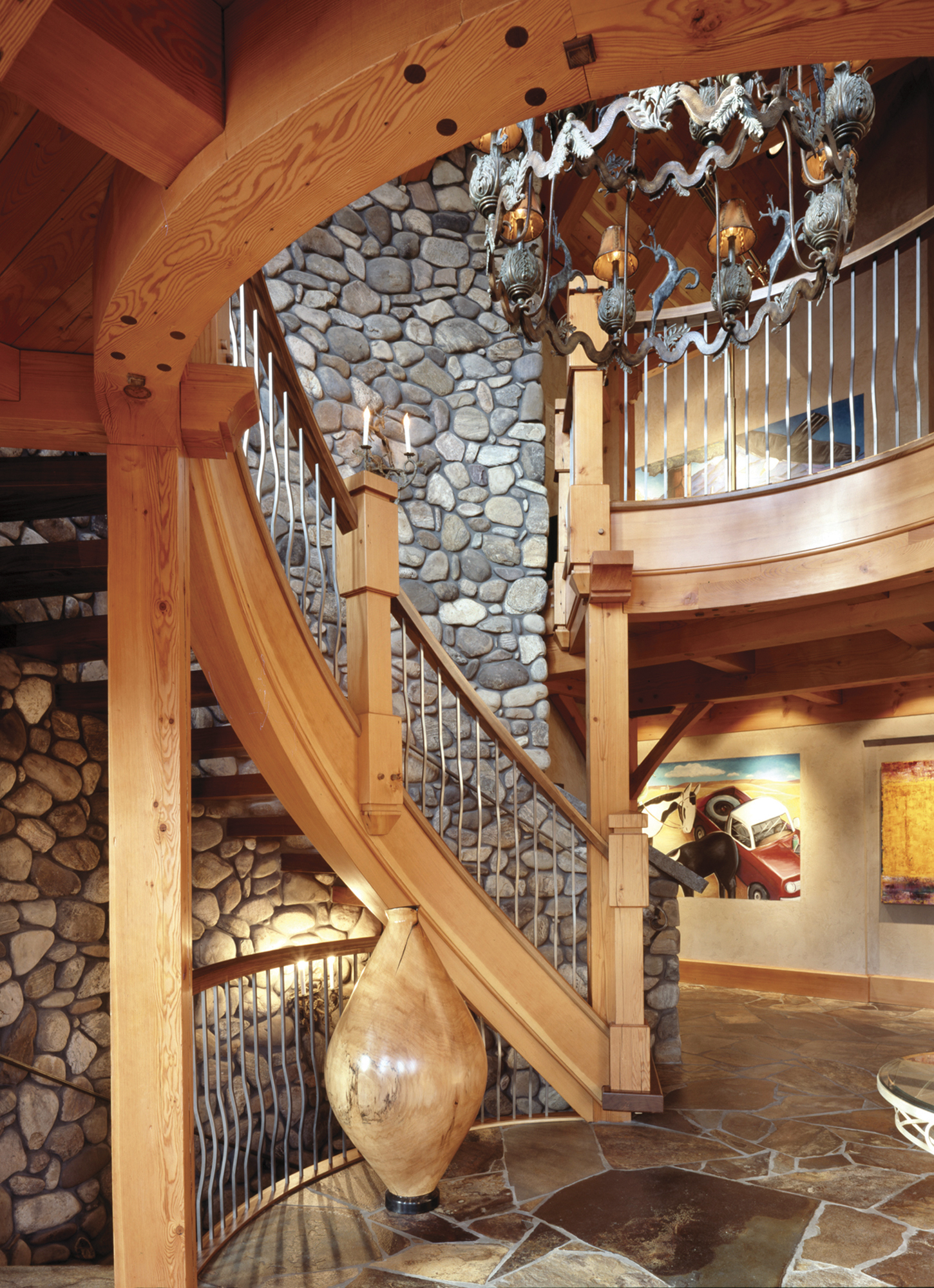 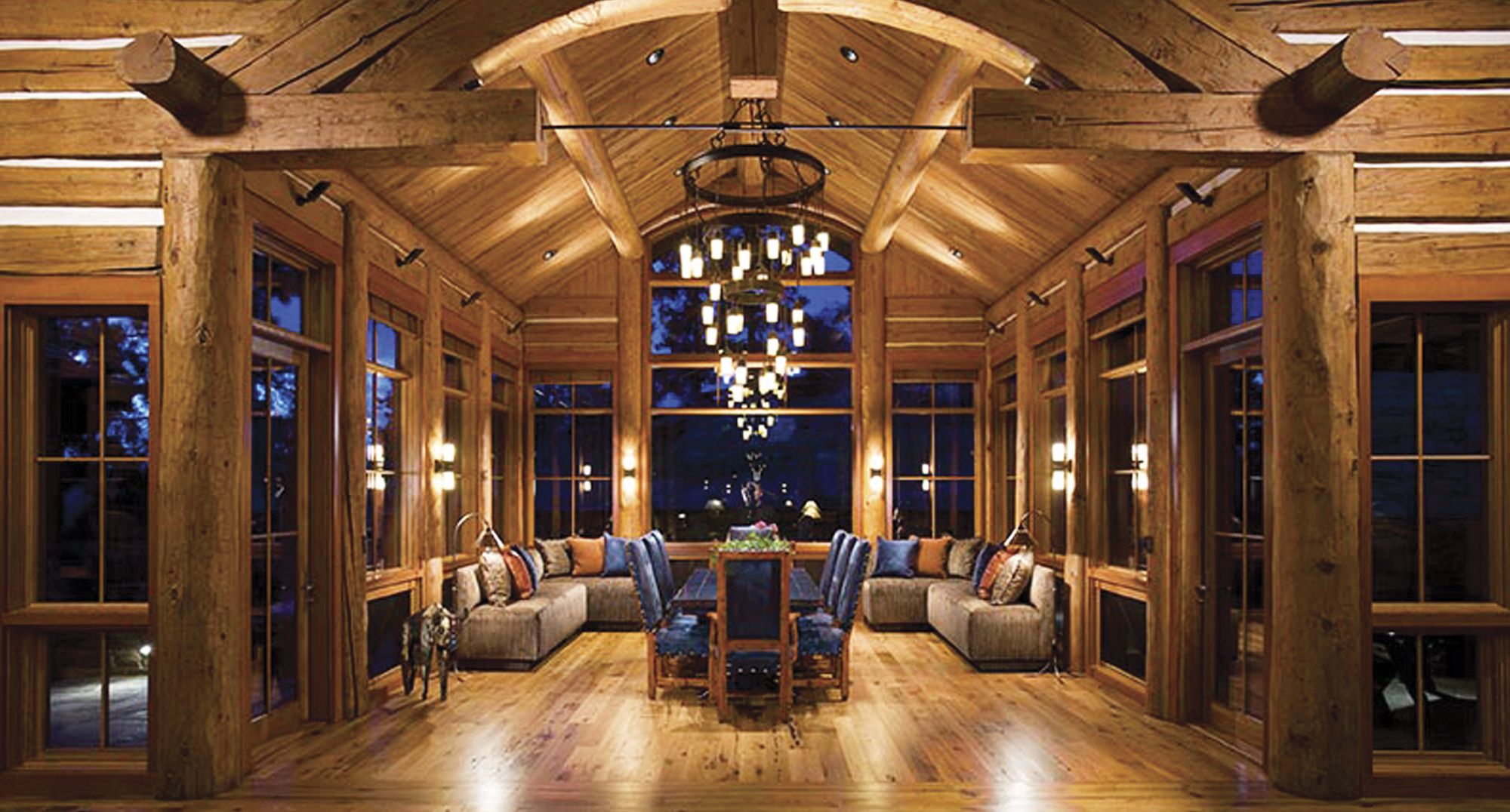 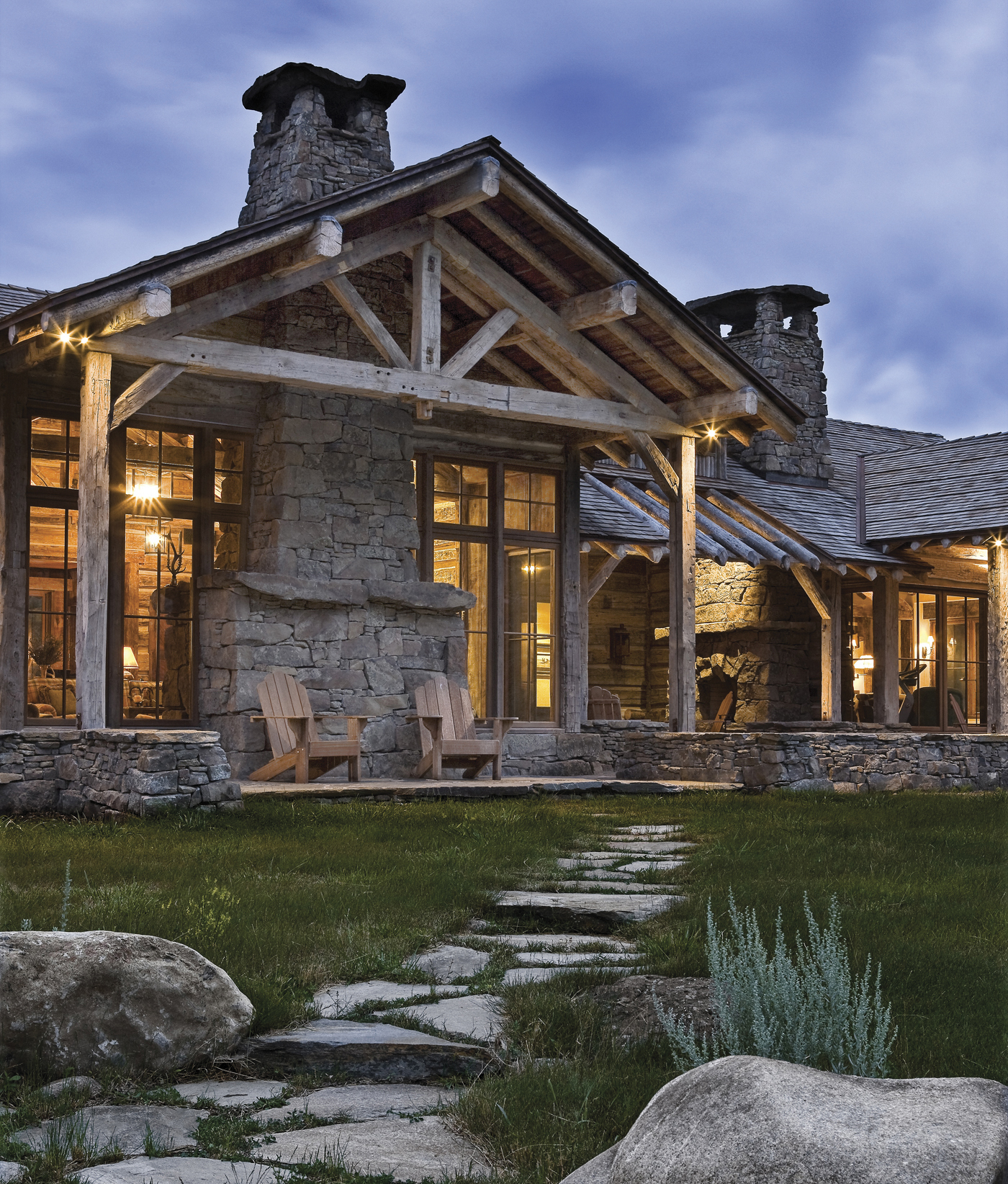 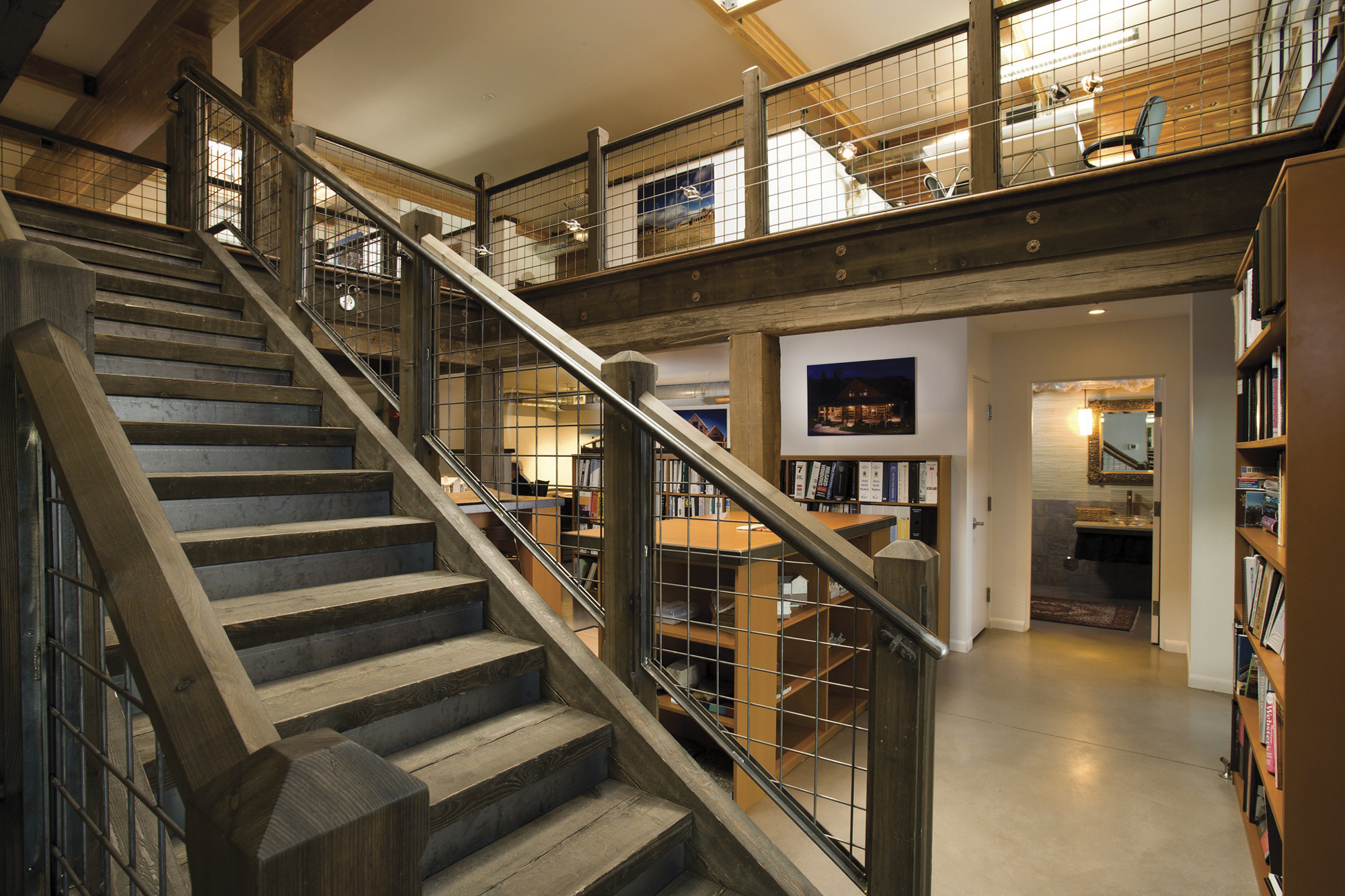 Modern and functional interpretations of The Stock Farm Club’s design guidelines for the project’s Farmhouse area have resulted in several successful projects for Kibo Group. Here, a clapboard-sided farm house utilizes a separate boathouse on a pond f