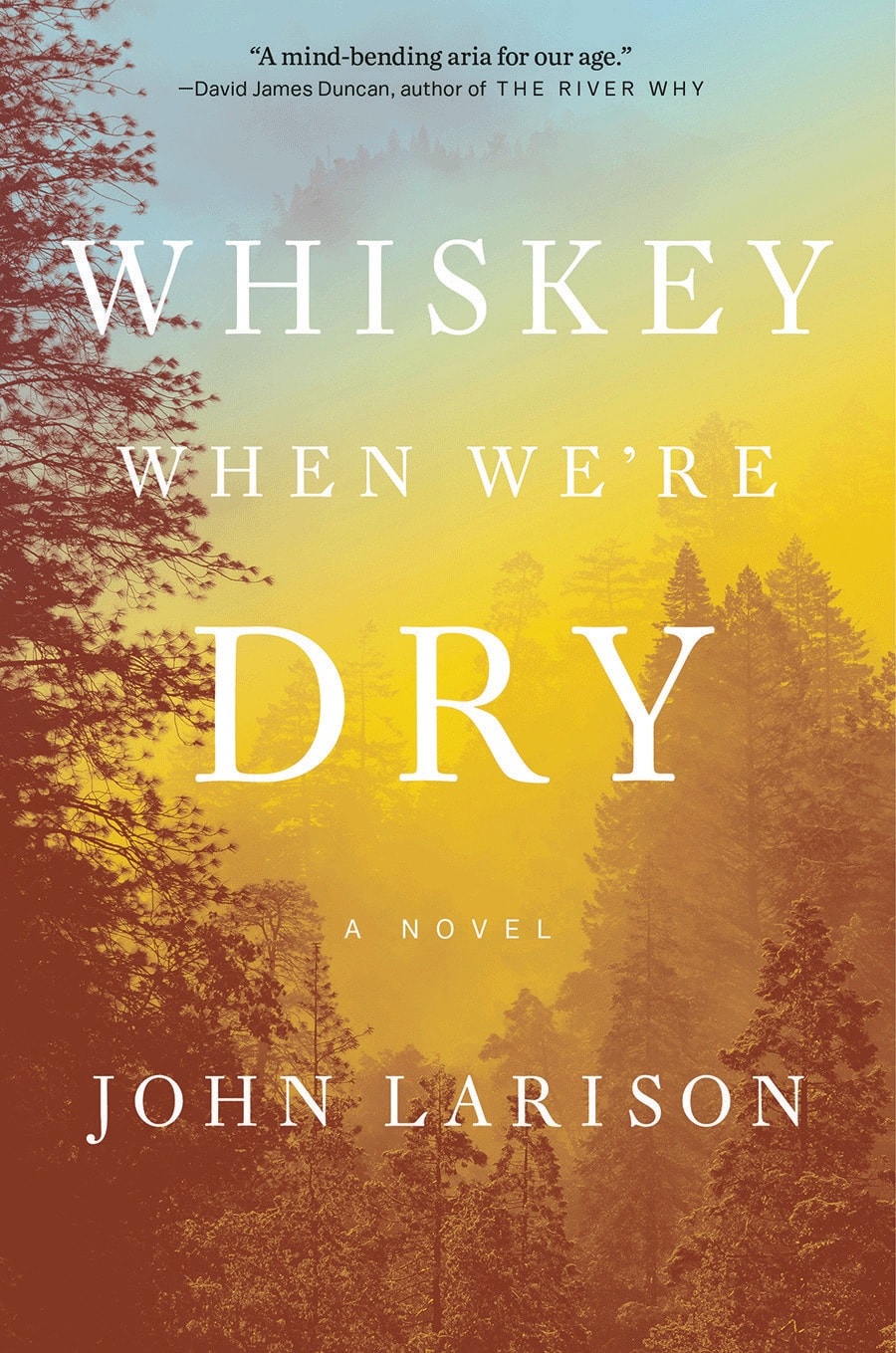 The specific setting of John Larison’s new novel, Whisky When We’re Dry, (Viking, $26) is never identified, but the locations, scenarios, and characters are as vivid as a painting and as familiar as the work of an Old Master. Yet, there are surprises in store for readers in this sweeping and cinematic saga of the American West set in the 19th century. This is historical fiction at its best — inspired by the great American frontier and the people who helped shape it.

The tale begins when Jessilyn Harney’s mother dies while giving birth to her at the family’s remote cabin on their struggling ranch. The infant is raised by her father and her brother, Noah, who was 5 when his sister arrived on the scene. With no womanly influence, an isolated life on the ranch, an increasingly erratic parent, and a brother who turns into a notorious outlaw, Jessilyn has no “civilizing,” or positive role model. Thus, it is no great shock when, after her father’s death, she cuts her hair, puts on Noah’s old clothes, and hits the trail on her beloved horse in search of her outlaw brother.

Both Noah and Jessilyn learned sharpshooting skills at their father’s knee, so she leaves home armed and with some means of survival. Once on the road, Jess (as she labels herself) faces danger with grim determination, often becoming the target of desperados not just because of her skills with a gun, but also because of her small stature and the seemingly strange habits she displays while acting the part of a man. When her target-shooting abilities bring her to the attention of the governor of the territory, Jess becomes embroiled with politics, power plays, and a family drama with a tragic conclusion. Her unwavering mission — to find her brother — never fades, however. And when she does find him, she learns that there is much more to the story behind his outlawry than she possibly could have expected.

Larison’s ability to write the character of Jess as both a woman and a woman convincingly disguised as man is virtuosic. And Jessilyn/Jess’s interactions with the world around her are at times poignant and heartbreaking — as well as gently humorous. Whisky When We’re Dry is a book that will keep readers entertained and engaged, wanting to discover what happens next. But it is also a book with characters, settings, and scenarios that pose questions to contemplate long after the last satisfying line. 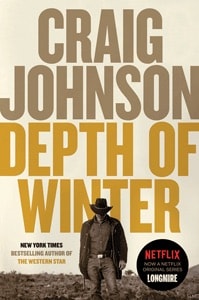 Depth of Winter (Viking, $28), the latest Longmire mystery from best-selling author Craig Johnson, is a dark tale that takes sheriff Walt Longmire far from his home turf after his beloved adult daughter, Cady, is kidnapped by the head of a Mexican drug cartel. It’s a nightmare scenario for any parent to contemplate, and for Longmire, the knowledge that his worst enemies are behind the crime compounds his rage and grief.

Much more of a thriller than previous Longmire novels, this book benefits from knowledge of the Longmire saga through the previous 13 full-length novels, which provide the context for the drama as it unfolds. Fans of the series may miss the people and places of Wyoming made so familiar through Johnson’s previous works, but there is a depth to the famous character in this story that reveals itself through his solitary trek into the searing heat of the Mexican desert to save his family. 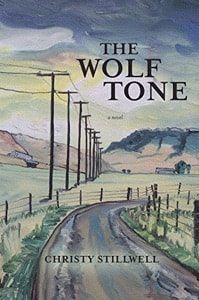 Christy Stillwell shadowed the principal cellist of the Bozeman Symphony and studied the burgeoning medical marijuana industry in the state of Montana to research her new novel, The Wolf Tone, (Elixir Press, $19). Set in the fictional college town of Deaton, Montana, this is the story of injured cellist Margot Fickett and her hesitant relationship with a woman who claims that her son is Margot’s grandchild. Other key characters that add an element of excitement are involved in growing, selling, and prescribing marijuana under the ever-changing laws, which exposes the risk involved in a business that is still frowned upon by many. The winner of the Elixir Press 2017 Fiction Award, this is a moving and entertaining exploration of the importance of place, the value of pursuing passions, the meaning of family, and the realities of life in a Western college town. 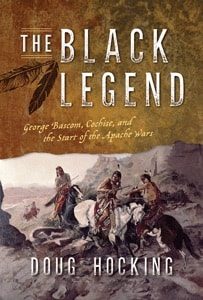 Doug Hocking’s new book, The Black Legend: George Bascom, Cochise, and the Start of the Apache Wars (TwoDot, $24.95), explores the history that led to the legendary conflict between the U.S. Army and the Cochise band of Apache in the 1860s, placing it in context with the American Civil War and the later Indian Wars that shaped the last part of the 19th century in the West. This book examines the story of Lieutenant George Bascom’s role in precipitating the fight after the kidnapping of a young boy was blamed on Cochise’s Chiricahua band. Hocking, an accomplished storyteller and military historian who has studied the region for decades, provides a fresh analysis of both Bascom’s and Cochise’s management of this conflict. 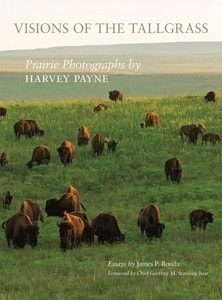 Visions of the Tallgrass: Prairie Photographs by Harvey Payne (University of Oklahoma Press, $34.95) features essays by eminent historian James P. Ronda, a foreword by Geoffrey Standing Bear, and gorgeous photographs by Harvey Payne that illustrate the landscapes, wildlife, and plant life of the iconic prairies in the American West by Harvey Payne. Though the great swaths of open land from Texas to Canada have shrunk in size, encroached upon by the trappings of modern life, their legacy is ably captured in this beautiful and celebratory volume. 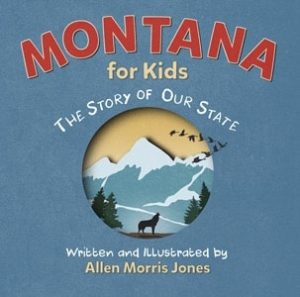 Subtle colors that reflect the landscape, intricate collage-style illustrations, and archival images reflect a real love for the Treasure State in Allen Morris Jones’s new book, Montana for Kids: The Story of Our State (Bangtail Press, $14.95). Serving as an introduction to the culture, history, and nature of the state, it’s written to appeal to the kids who call it home. However, the book captures information that will appeal to adult readers as well. This charming volume covers some of the highlights and most iconic moments from the story of the state — including glimpses of the language of Montana’s first peoples — and offers a tantalizing look at stories in the state’s history that have too often been marginalized.