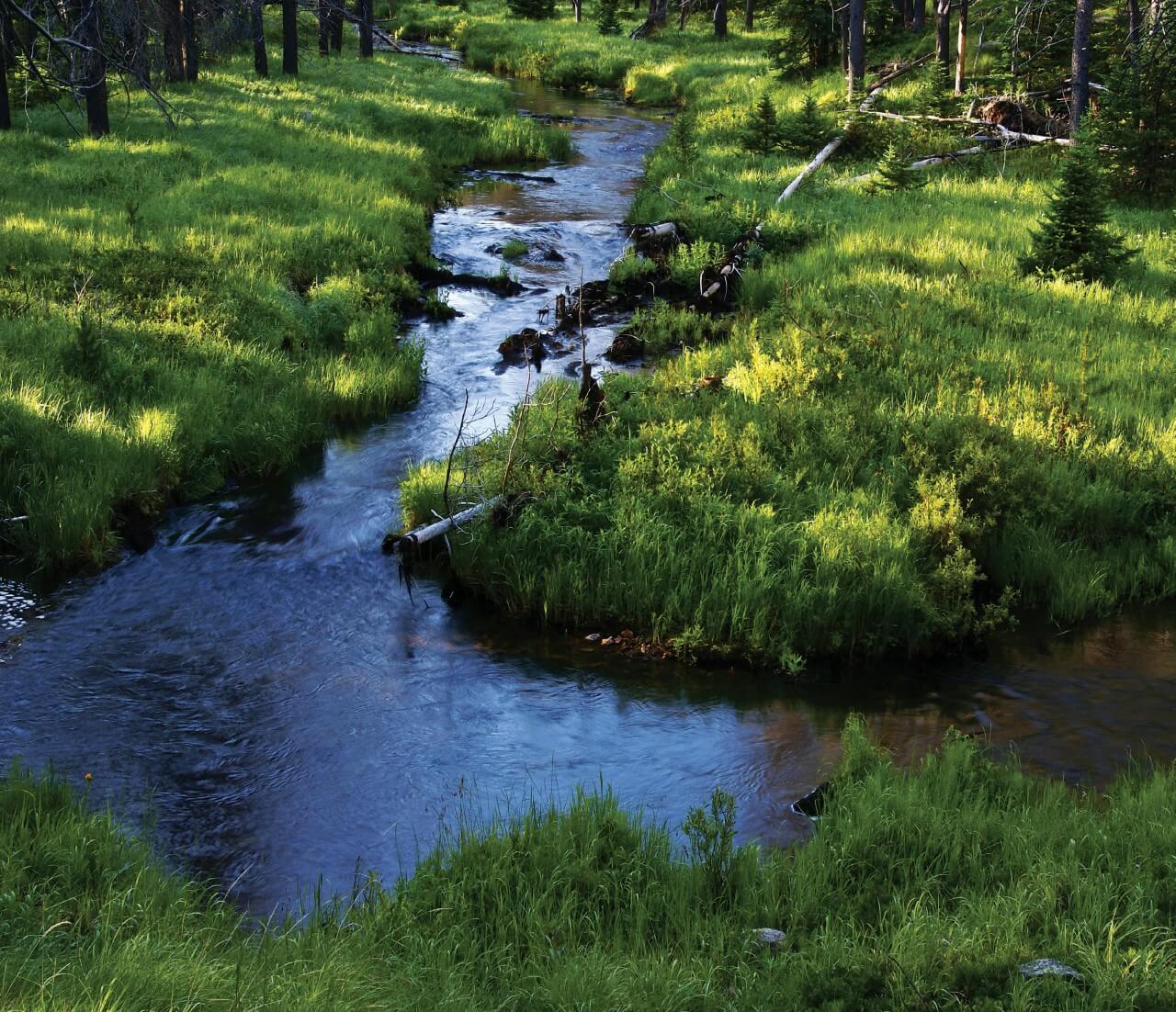 04 Jun Outside: The Girl and the Fish

One of the perks of being a fisheries biologist is that I occasionally stumble upon a hidden treasure. In this case, it was a narrow mountain stream that held small native trout — angling nirvana for me, particularly because I have a 10-year-old daughter, and I was dying to see her catch a native trout.

Ten-year-olds tend to have short attention spans, and mine was no exception. She was past the daddy adoration phase that I enjoyed so much, back when she relished in joining me in the field to collect stream habitat data. Usually, toward the day’s end, we’d include some fly fishing. By the time she was 8 years old, she’d become quite an angler, and a 7.5-foot, 4-weight fly rod was just right for her size. She loved using dry flies, and while we’d caught our fair share of trout, she’d never caught one of the natives.

Over the next two years, my daughter got busy with horse camp, Girl Scouts, and building a group of friends, most of whom had no interest in fishing. She became busy with all the things that kids do, and frankly, I missed our time spent together outside.

One early summer day, as the weekend was approaching, I convinced my daughter to tag along with me for work like the old days, this time spending a night in the mountains and hiking to a small stream I’d discovered. (Actually, I bribed her, offering a trail ride with her girlfriends if she’d agree to come along.)

We got lucky with the weather that Friday, and we set up camp at the trailhead, made a fire, and enjoyed a late dinner. As we huddled around the coals, she told me about the latest movies, music, and things that a cultural Luddite like myself found hard to understand. As she talked nonstop, I realized my little girl was growing up quickly, and before I knew it, she’d be a young woman. I pushed the embers around the fire, watching as the last flames went out.

The next day was sunny with some thunderheads off in the distance, and the hike to the mountain divide was gradual until the last mile. We reached the summit and rested before our descent to the valley below where the utopian creek was located.

Finally creekside, I dropped a late-season hopper at the head of the pool, and as it floated downstream, a nice-sized trout rose for its dinner. Our tradition was to split up so my daughter could “do her own thing.” After receiving several utterances of “I can do it myself” and “I know how to fish” from her as an 8-year-old, I realized my services were no longer needed. This time though, we stayed together, but just far enough apart that she felt her independence.

I watched as she tied on a fly and fussed with her gear, all while singing a song by one of her favorite pop divas. On the first cast, the fly ended up in the willows before ever hitting the water. She struggled, but finally broke it off the branch and tied another one on.

This time, she let out some line, glanced back to avoid the willows, and dropped the fly into the pool. A small cutthroat, not much bigger than the fly, jumped at it right away. I heard a “whoop” as she brought the fish in and then released it. I smiled and watched as she repeated the process and caught a few more.

After a little while, she hiked upstream and stood at the base of a beaver dam. We’d had trouble sampling this pond because it was too deep to wade, but I suspected there might be larger fish in it. She cast a hopper into the middle and let it settle before gently twitching the line. Within no time, a large fish surfaced, grabbed the fly, and took off into the depths of the pool. She frantically reeled in line as the fish swam upstream. “Dad, I’ve got a big one!” she yelled. Her small rod was straining from the weight. As she worked it toward the bank, it swam under an aspen limb that was part of the dam, and the leader snapped and bounced back to her, minus the fly.

Although she was disappointed, we celebrated the “one that got away,” and spent the rest of the afternoon fishing upstream, taking turns at each pool. As the day wore on, the thunderhead was building and it was time to head back. Passing the beaver dam pool again, I said, “Give it another shot, you never know.” She made a cast, and then another few before we decided to head for home.

The lightning started just as we reached the road, and we quickly broke down our rods and jumped inside the car as the first fat drops started to fall. We drank some water and watched the clouds in silence. I knew she felt defeated by not catching that big fish, and I also felt defeated, knowing she probably wouldn’t come with me again for a while. This was likely our last fishing trip together, I thought to myself.

“Hey Dad, can we come here again soon?” she said, breaking the silence. I was startled. Had I heard her correctly? Did she just say what I think she said? It took everything I had to act calm and collected. If I’d learned one thing about my daughter, it’s that things like this have to be something she wants to do, as opposed to something I want her to do.

“I think we can make that happen,” I said calmly. “How about next weekend?”

Jeff Kershner, a Montana-based fisheries biologist, has worked for a number of state and federal agencies and now co-owns the consulting firm Hun Creek Services. As a lifelong angler, he enjoys fishing with his wife and kids whenever he gets the chance.