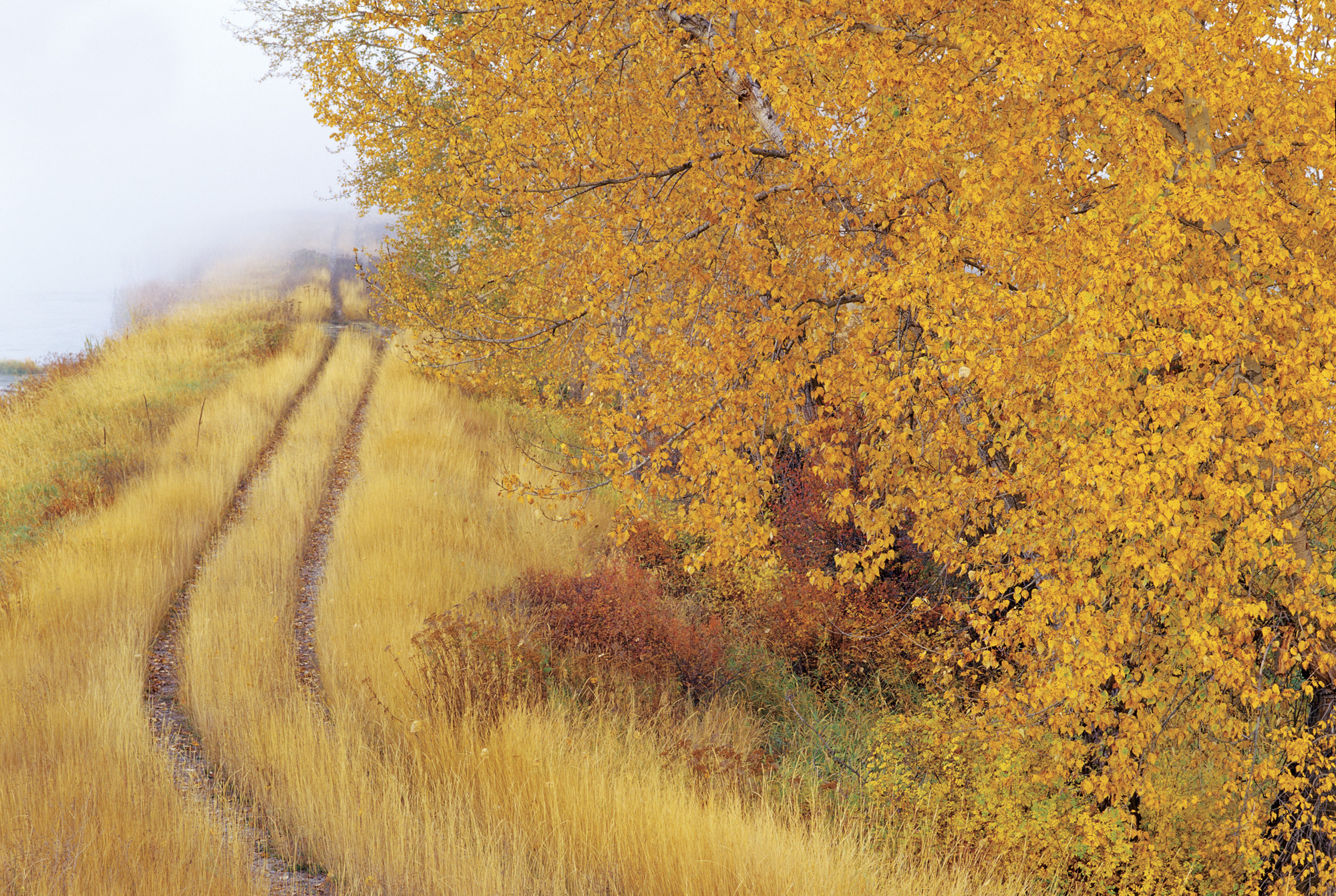 23 Jul Ode to a Hunting Trailer

SPRING ARRIVES WHEN THE WHITE SHELL of our travel trailer emerges from the melting snow like a budding flower. We pull off what’s left of the frayed tarp, unwind the bungee cord holding the door shut and are greeted by the ravages of a long winter.

New water stains on the wood paneling. A graveyard of dead insects in the windowsills. But after we crank open the windows and sweep out the dust, she awakens from her slumber and becomes Bess, our 1968 Roadrunner hunting trailer.

I grew up camping with my family in the Northern Panhandle of Idaho, where the five of us slept in a big Coleman canvas tent. Sometimes I woke to high winds rocking the tent, but the sight of my parents holding up the walls comforted me back to sleep. Twenty years later I married a Montana man who was eager for me to be not only his wife, but also his hunting and fishing partner. The first time he took me bowhunting we hiked deep into an area best known for its grizzly presence. After setting up a flimsy two-person pup tent, he assembled a stove the size of a coffee cup and made a soup of Ramen noodles and oily canned chicken. I spent the night clutching my bear spray and waiting for the sound of snuffling against the thin wall. Despite my family camping trips, I had been a city girl for a long time. And years of summer camping in a well-populated campground with parents holding back the storm did not prepare me for fall camping in the Montana backcountry with gear best suited for military training.

Although I was working at an outdoor retail shop selling high-tech backpacking equipment, Dan had a strange attachment to his tiny Roberts Mark III Mini-Stove, tarnished aluminum pans and bulky external frame pack. His truck camping gear included a 20-year-old rusted Coleman stove with complicated directions for pumping the gas while simultaneously opening valves and holding a match to the burner. The lantern also had precise instructions about opening pump knobs, covering holes and pumping 35 strokes, and red letter warnings about the dangers of too little ventilation and too many flames. Camping with Dan was hard work, uncomfortable and a little scary.

For our late October fishing trip, Dan built a raised platform for his truck’s bed so I would be warmer and more secure. As we drove down the highway, the sky turned dark grey and flakes of snow dotted the windshield. I stood chest deep in the Bighorn River with wet snow covering my fleece hat and my feet aching with cold, miserable at the thought of returning to a sleeping bag in the back of a truck. So Dan rented one of the fishing camp’s run-down travel trailers and we spent a cozy night eating spaghetti and listening to the World Series on the crackling radio while the wind howled outside. I eventually toughened and learned to sleep comfortably in trucks and tents, aided by thicker pads, warmer sleeping bags and whiskey on ice. We bird hunted in eastern Montana and camped on public land, piling the gear outside the truck so we could set up our bedding in the back. We cooked dinner on the tailgate then sat in the front seat listening to the radio and sipping whiskey until we were sleepy enough to crawl into the back. But late-season hunting was hard on our short-haired Pointers, wet with sweat and shivering in their dog boxes outside the truck. Dan admitted the need for better accommodations, and the Bighorn River Camp had convinced me that even the oldest of travel trailers had charm and warmth, especially in plummeting temperatures.

A friend offered to sell us the trailer he inherited from his father-in-law, a Blackfoot Indian who used it for 30 years as a hunting camp on the reservation. From the outside, the trailer didn’t look like much. It was dented and peeling with faded curtains sagging from cracked windows thickly coated with grime. But inside was oak paneling and avocado green seats — a rumpus room from the 60s. In the back above the fold-out vinyl couch was a wooden bunk bed and a rounded ceiling like a train’s sleeper berth. We paid $600 and drove Bess home.

Getting ready for our first hunting trip with Bess reminded me of our family camping trips, of waiting impatiently while my parents fussed with the truck’s lights and the boat’s trailer hitch. This time it was me trying the brakes and signals while Dan frowned and adjusted the connections. When Dan backed the truck up, I stood at the side of the trailer and motioned him right or left until the hitch was close enough to hoist the trailer onto the ball. When we finally got on the highway, the trailer lumbered behind us, a giant monstrosity I kept watching in the side mirrors. All that kept the trailer from careening off the highway was a tiny ball and two chains.

But Bess gamely followed along as we sped down the interstate and bumped along rutted farm roads, her axle squeaking and body swaying. It was late at night by the time we found a piece of public land, leveled her and ignited the furnace — the entire reason for buying the trailer. Dan knelt on the floor and held a match to the pilot light while I stood outside the door, braced for the inevitable explosion. Though Dan tried to explain the safety features of outside venting, all I knew was I smelled gas and people died in their sleep from carbon monoxide poisoning. The wall furnace was as dented and rusted as the rest of the trailer and the furnace made a constant hissing noise as it labored to pump out the heat.

But after a long day of bird hunting, it was comforting to see Bess standing sentry in the middle of the field. Dan lit the tiny oven just big enough for a small lasagna, the lantern above it and re-lit the furnace whenever the wind blew too hard, and we ate at the dinette table under the glow of an overhead lamp. The interior lights operated on electricity, a fuel source I understood even less than gas but trusted completely. Two wall sconces flanked the fold-out bed in the back, and a push of the button lit the cone shades in a rich yellow light. I burrowed into the bottom bunk with tired dogs and read a book in my cozy sleeping berth, protected from the howling wind outside by walls of wood that shook but stood firm. In the morning I woke to a gurgling pot of coffee and the crackle of bacon and eggs and snuggled next to my snoring dogs until breakfast was ready. The lights cast a warm glow against the oak paneling and hid Bess’ imperfections like a soft focus lens.

Bess was an old gas, so we learned to accommodate her quirks. The cupboard latches were loose, so we fastened them with bungee cords. The vinyl seats were icy cold, so we covered them with blankets. The refrigerator didn’t work, so we placed a bin of ice on the bottom. There was no bathroom, but we reasoned we wouldn’t have to deal with odor and dumping. Several windows had deep cracks, but duct tape kept the heat from seeping out and was cheaper than buying replacements. Much of her white paint had peeled off, so she didn’t have the classy retro look of a vintage trailer. Bess looked like any other beat-up trailer parked around town, lowering property values.

The real beauty of Bess was her self-sufficiency. With her propane tank and battery, we could camp anywhere without the umbilical cord of an electrical hookup. We parked in the middle of BLM fields where our only neighbors were clumps of sagebrush, kicked the dogs out and sat inside until they returned. When the temperature dropped at night, we lit the pilot light of the heater and luxuriated in more heat than we needed. We believed Bess outweighed a new trailer in charm and functionality, so we patched new leaks and talked about fixing her up. But her inner workings required parts that no longer existed, and we knew if we removed the damaged paneling we would encounter problems with expensive solutions. So we patched and taped and ignored the rest.

But without the time or money for restoration, Bess could not survive for long. When we wrenched open the door after one particularly wet winter, the smell of rotting wood overpowered the dusty air. We opened the closet and found black mold. It was a grim diagnosis. As Dan hooked Bess up to haul her to her final resting place at Logan Landfill, I had him remove the two wall lights.

He handed me the lights, their dismembered wires dangling from dusty tarnished bases and shook his head.  “I don’t know what you’re going to do with them.”

At the landfill, Dan assumed there would some formality for large aluminum trailers, but the attendant just charged him $62 and directed him to an area where garbage trucks dumped bursting bags of household trash. A bulldozer operator told Dan to park her anywhere. “We’ll make it disappear,” he promised.

After Dan unhooked Bess and drove away, he looked in the rear view mirror and saw her sitting alone, seagulls already moving in to alight on top of her abandoned shell.

We bought a new trailer with earth-tone cloth seats and alder cabinetry, a fridge, freezer, microwave, stereo speakers, T.V. hookup, retractable awning and a bathroom with a toilet and shower. The trailer was easy to hook up and followed our truck impassively, its diamond-coated front expressionless in the rear-view mirror, its double axle barely jostling when we drove over ruts or cattle-guards. Attached stabilization jacks helped level the trailer, and the gas was monitored by carbon monoxide and propane detectors. In the morning, Dan made coffee and bacon and eggs and marveled at the quick-spark stove and the heat pouring from the floor vents. There was a 30-mile wind blowing outside, but the trailer was quiet and still. The dogs were relegated to the floor under the table and my curtained-off bedroom was dark and unfamiliar. Above the pillow-top bed was a fold-down bunk, but no lights on the wall. The trailer was instead lit by overhead lights with tiny 12-volt bulbs illuminating the interior in a harsh bright halo. I was as safely ensconced as if I was in a Super 8 motel room with its bland polyester bedspreads and beige walls.

I missed Bess. I missed her oak paneling, avocado green seats and incandescent lighting. I missed the wall furnace’s steady complaining and the soft ‘whump’ when I lit the stove. I missed her heavy presence behind the truck and her brave readiness to climb any logging road. And though I still had her cone lights, I missed their comforting glow as the wind tried to seep through the duct-taped windows. I wanted to hear the wind howl again and feel it shake the walls around my sleeping berth. A hunting trailer should feel like an adventure. And adventures are a little bit scary. 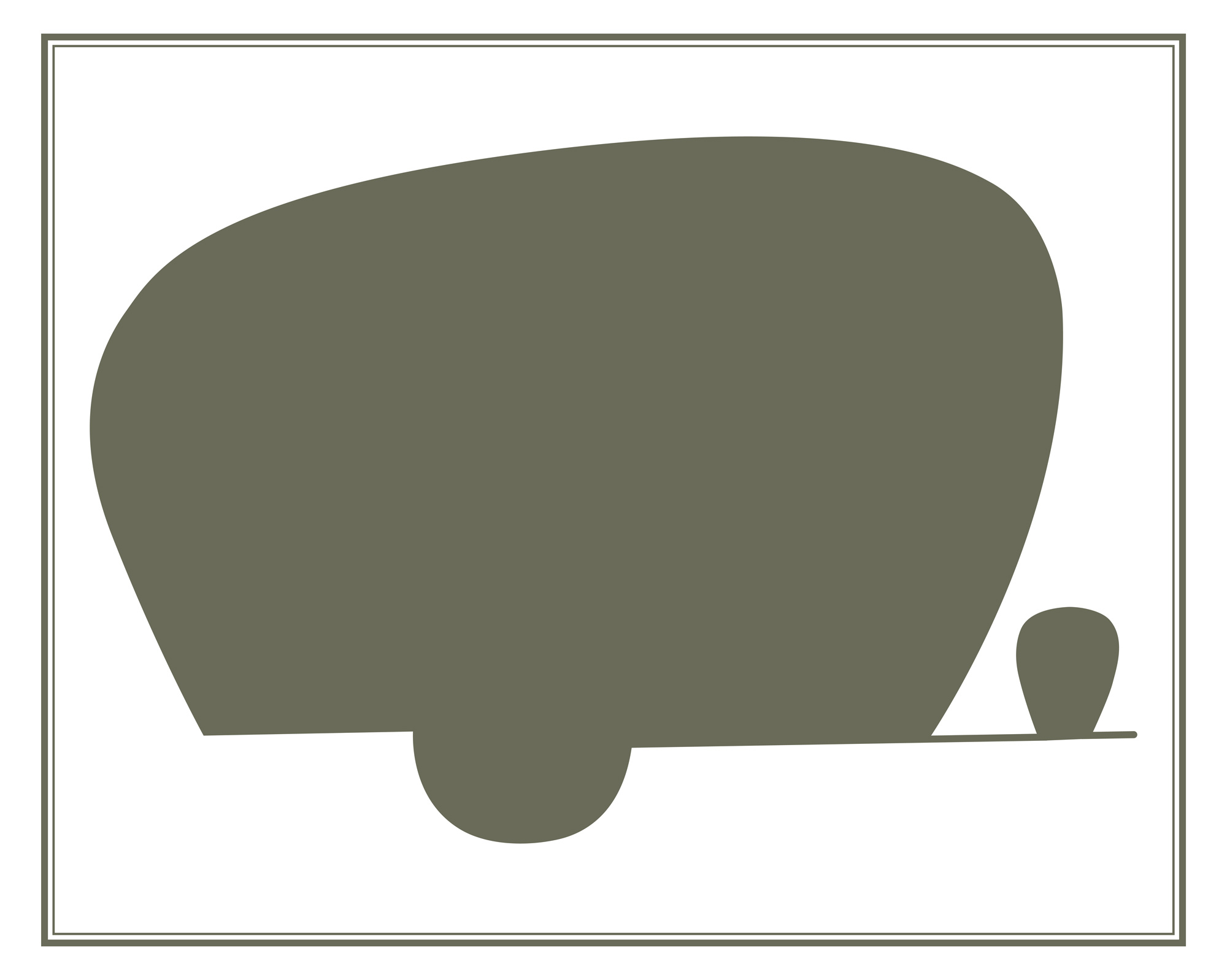