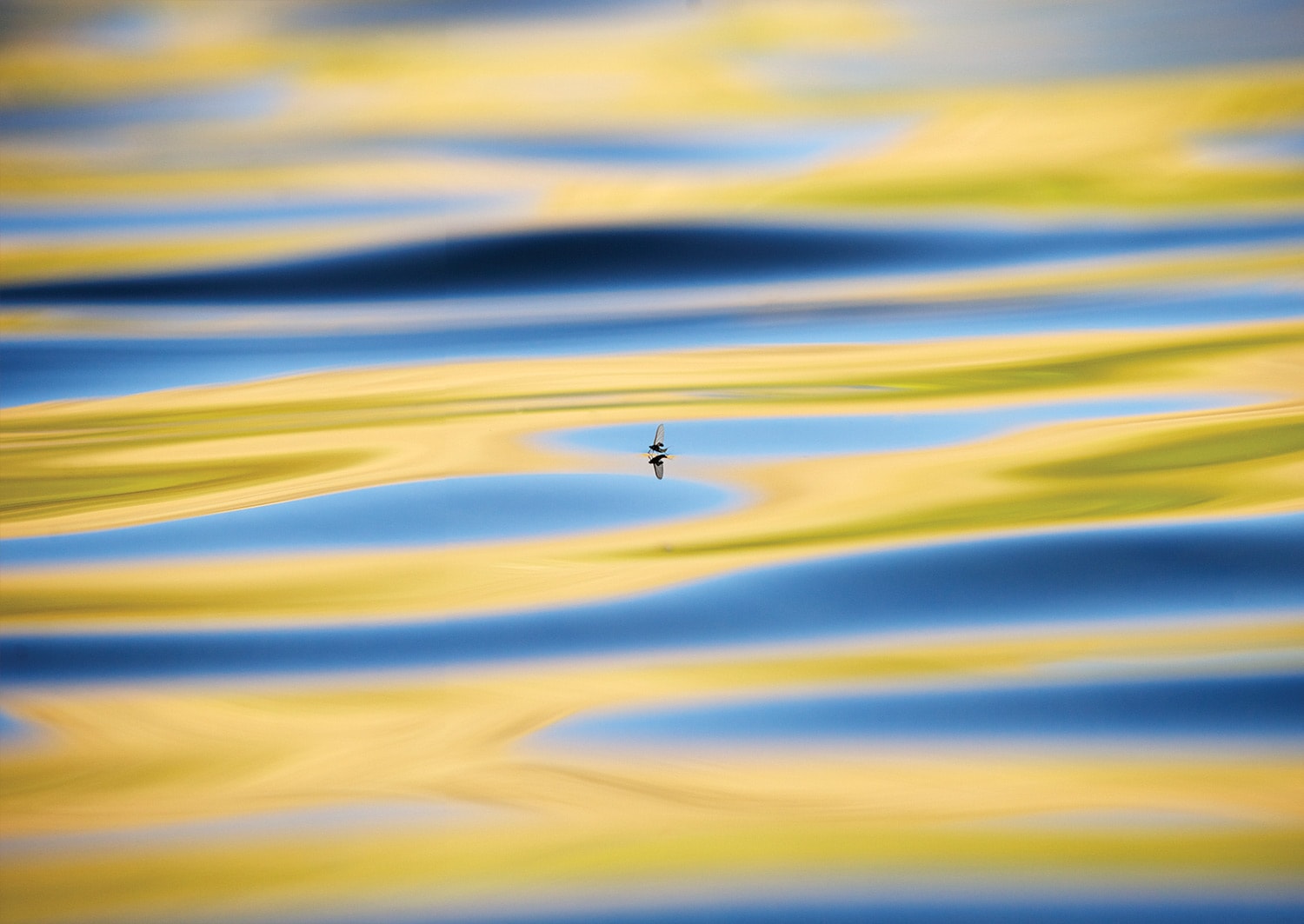 08 Feb Nick Price: The Art of the Insect 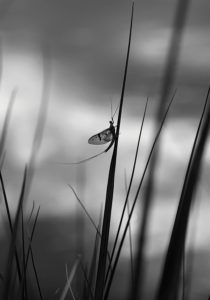 SO HERE’S A THOUGHT: If you’ve taken up fly fishing, the trajectory of your progress — the map of your success — runs large to small. You start out on the riverbank, checking in sort of nonspecifically with your muse, rightly preoccupied with the scenery: “Sure is pretty out here.” The fish rising off your toes are almost incidental. The rod, reel, and fly are opportunities to get outdoors, take in some fresh air, consider the mountains. For some of us, maybe most of us, that’s the end of it. Fishing is a means toward a larger end. It’s a lever into the sublime. 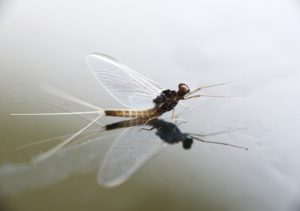 A mahogany dun and its reflection.

But then maybe the lens starts to contract. You start paying attention not only to the rings, but to the character of the fish within the rings, and even more, to the insects at the nucleus, the larvae, the different life stages of your caddis, mayflies, salmon flies. Maybe you bring a seine to the river.

If there’s virtue in this metric — larger to smaller as an indicator of interest, enthusiasm, and skill — then Nick Price must be badass indeed. A fishing guide as well as a photographer, Price lives near Silver Creek in Idaho —“It’s really my backyard. I’m down there five days a week, on average.” — and has been pursuing his twin passions, fishing and photography, since 2005 (although he was guiding well before that). In addition to the portfolio of images you might expect from a fishing photographer — the twilight landscapes with a fisherman up to his hips in a river, the scrolling line, the rainbow caught mid-leap — he’s also made a name for himself in macro photography, pointing his lens at the transient, fleeting, blink-and-you-miss-it world of streamside entomology. 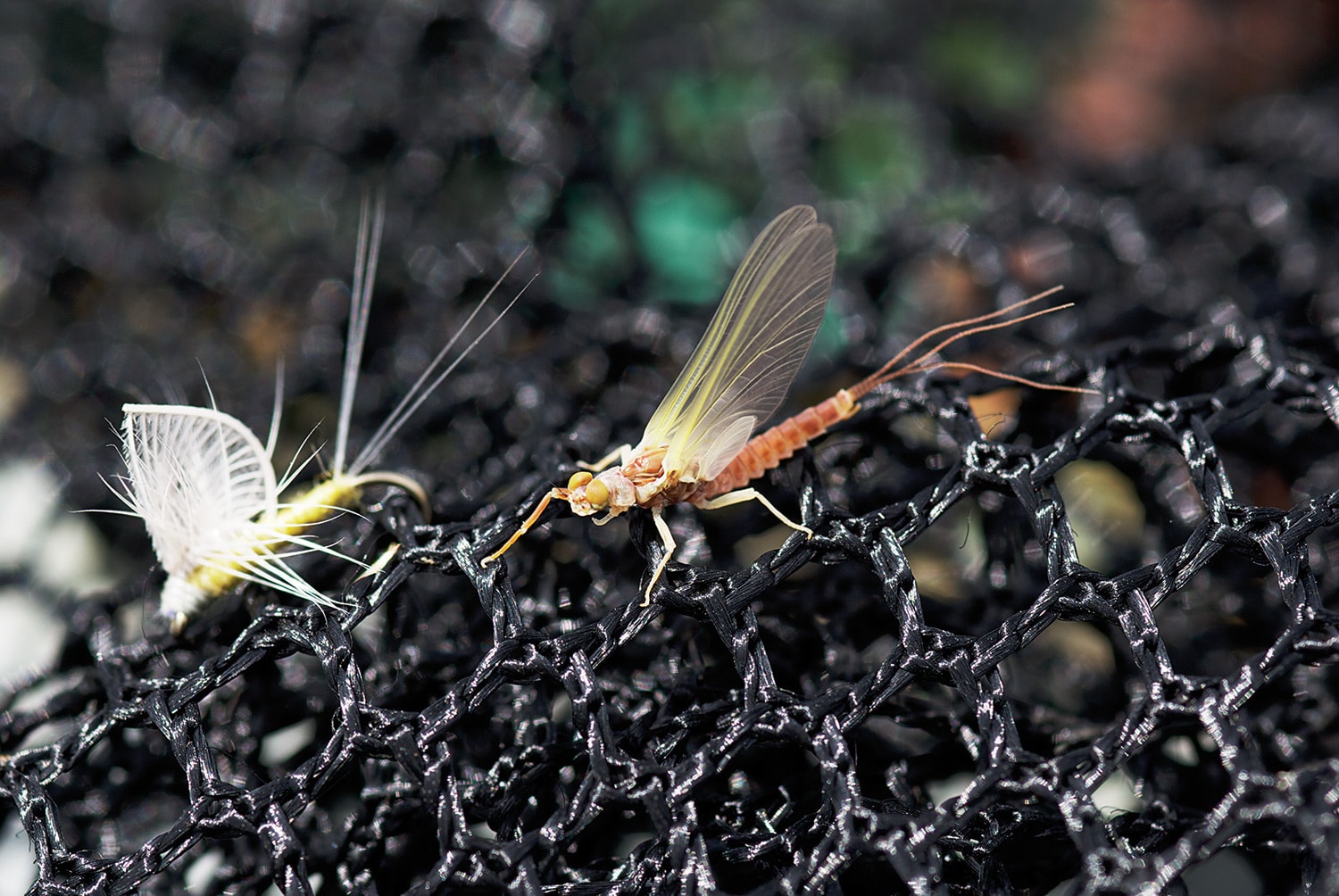 A PMD artificial rests next to its natural counterpart.

Price started taking images in earnest more than 12 years ago. Since then, he’s merged his fly-fishing guide’s enthusiasm and acumen with his passion for digital photography. Large to small, he’s followed his interest, naturally enough, to an artful array of insect images. “It started out, I picked up a Nikon macro lens,” he said, “and I liked it. I liked doing it. A macro — if shot at a close, one-to-one ratio — pulls you in. Your subject is on a scale much greater than you would see with your naked eye. You can look at a Trico or a Baetis and it’s so magnified.” 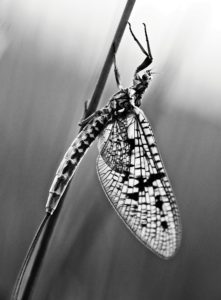 A brown drake on Silver Creek.

Not that it’s an easy thing, artfully photographing insects. “Even on the water, they’re always moving. And trying to get as in-focus as possible means that you have to have a smaller aperture, which means slower shutter speed. Put it all together, it’s a recipe for blur.”

Price uses the camera itself to manage the focus, moving back and forth with it. “Of the photographs that I shoot, there are 3 percent that I like. Something like that. You’re looking for a certain composition, but then there could also be junk on the water, or the glare could be wrong. It could be a mayfly with a mashed wing that just doesn’t look good.” 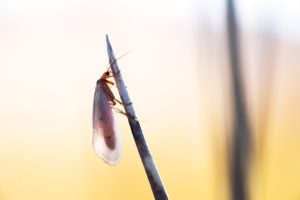 A caddis fly, lit from behind.

For an angler, particularly one with an aesthetic bent (and is there any other kind?), Price’s macro shots offer a particularly satisfying glimpse into the minute, a world that would otherwise be inaccessible. Here now, this, this is what we’ve been wondering about. For a fly fisherman, it’s some of the most essential information, presented artfully. 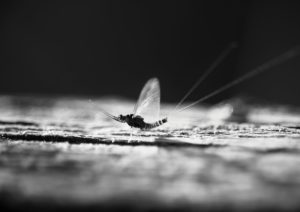 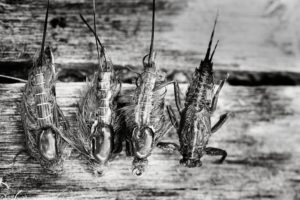 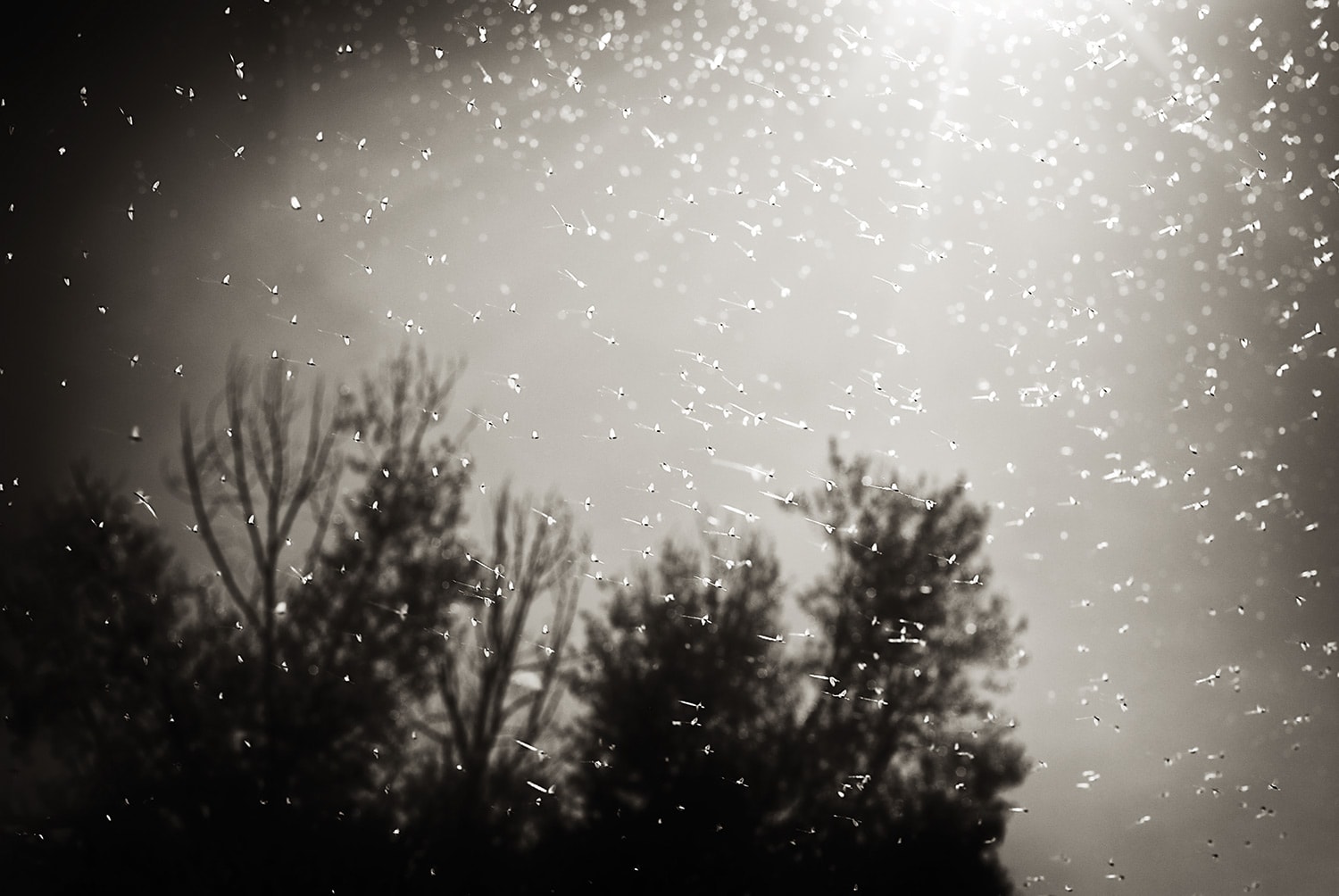