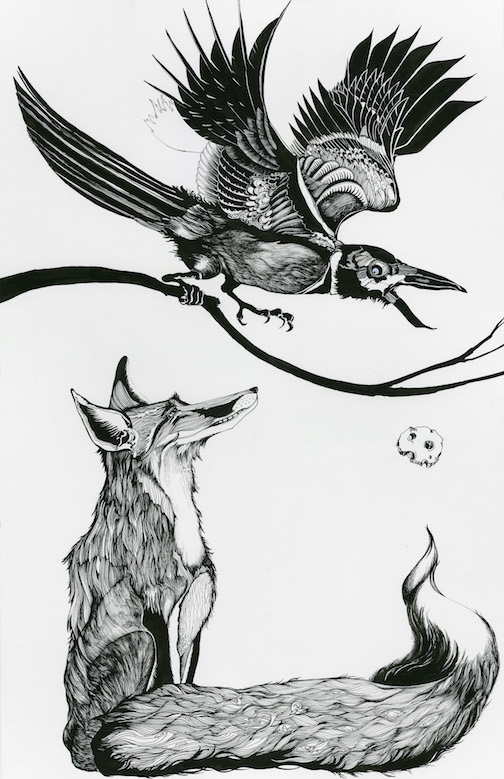 Considerable scholarship has been dedicated to the research and study of Aesop’s fables—their origins and their influence on ancient and contemporary life. The roots of Aesops’s Fables go far back in time. Aesop was said to have been a Greek slave living around 600 B.C. who was later freed and became a collector of fables. The fables we attribute to Aesop have much in common cross-culturally and have been passed down in written and oral traditions around the world. Aesop’s fables have become a core genre in children’s literature with recognizable structure, narrative, and themes.

A fable is a short tale used to teach a moral lesson, a brief account that strives to guide the reader or listener. Many of the fables feature animals as 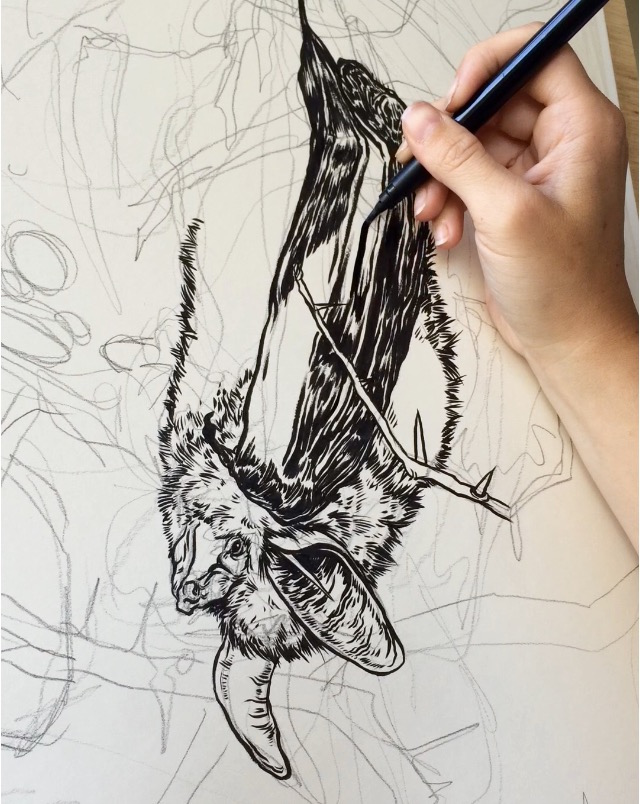 characters. The use of animals in fables is thought-provoking. The animals are given human traits, used as a metaphors, and often placed in the fable to create humor, or political satire. The exhibit Aesop’s Fables extends a lengthy tradition and adds meaning and breadth to our cultural relationship with wild animals. The art in this exhibit asks questions about human culture. How have we verbally and visually portrayed animals throughout time? How have we given them human traits and voices? Does this approach connect us to them or alienate us from them? The exhibit Aesop’s Fables promises to entertain, and engage contemporary artists with a rich, enduring tradition.

The exhibit Aesop’s Fables, at the National Museum of Wildlife Art, is a collaborative exhibit that includes 25 local and national artists. The museum imbues this ancient tradition with a modern illustrative eye, asking each artist to interpret a fable with his or her own unique approach.

Aesop’s Fables is an invitational exhibit curated by Associate Curator of Art and Research, Bronwyn Minton. This exhibit is in keeping with the collaborative art projects that Minton has been creating in Jackson over the past 13 years. These collaborative exhibits have been highly successful in creating a sense of community, both among the artists who participate and among those who appreciate their art.

“I am always thinking about the different ways that humanity uses wild animal imagery across cultures and across history,” says Minton. “It is easy to think about our collection through the scientific lens of habitat, conservation, animal behavior, etc. Another approach is to think about a cultural/historical lens. Humans have used animals in mythology and literature as symbols, metaphors, and more. To me this is a very interesting way to interpret our collection and make it accessible.”

Some of the featured fables include:

THE WOLF AND HIS SHADOW

A Wolf left his lair one evening in fine spirits and an excellent appetite. As he ran, the setting sun cast his shadow far out on the ground, and it looked as if the wolf were a hundred times bigger than he really was. “Why,” exclaimed the Wolf proudly, “see how big I am! Fancy me running away from a puny Lion! I'll show him who is fit to be king, he or I.” Just then an immense shadow blotted him out entirely, and the next instant a Lion struck him down with a single blow.

THE FOX AND THE STORK

The Fox one day thought of a plan to amuse himself at the expense of the Stork, at whose odd appearance he was always laughing. “You must come and dine with me today,” he said to the Stork, smiling to himself at the trick he was going to play. The Stork gladly accepted the invitation and arrived in good time and with a very good appetite. For dinner the Fox served soup. But it was set out in a very shallow dish, and all the Stork could do was to wet the very tip of his bill. Not a drop of soup could he get. But the Fox lapped it up easily, and, to increase the disappointment of the Stork, made a great show of enjoyment. The hungry Stork was much displeased at the trick, but he was a calm, even-tempered fellow and saw no good in flying into a rage. Instead, not long afterward, he invited the Fox to dine with him in turn. The Fox arrived promptly at the time that had been set, and the Stork served a fish dinner that had a very appetizing smell. But it was served in a tall jar with a very narrow neck. The Stork could easily get at the food with his long bill, but all the Fox could do was to lick the outside of the jar, and sniff at the delicious odor.

THE CROW AND THE PITCHER

In a spell of dry weather, when the Birds could find very little to drink, a thirsty Crow found a pitcher with a little water in it. But the pitcher was high and had a narrow neck, and no matter how he tried, the Crow could not reach the water. The poor thing felt as if he must die of thirst. Then an idea came to him. Picking up some small pebbles, he dropped them into the pitcher one by one. With each pebble the water rose a little higher until at last it was near enough so he could drink.