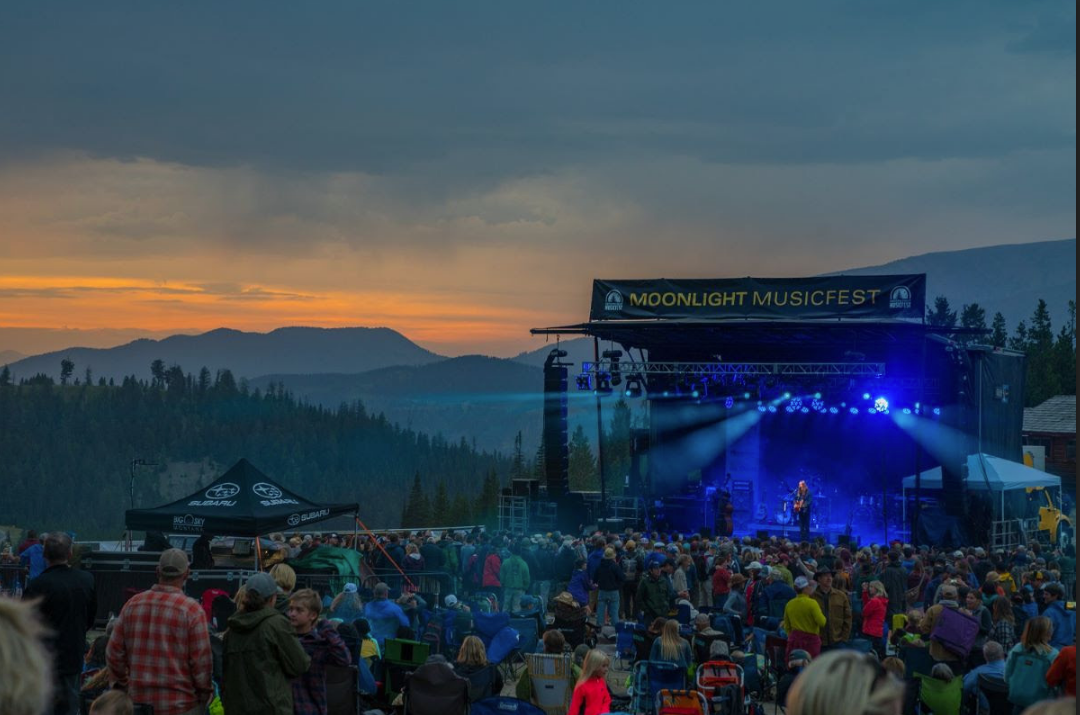 Tickets for the 2nd Annual Moonlight MusicFest are now on sale. Set at Madison Village, this year’s festival takes place August 16th – 17th, and once again will bring a wide array of stellar bands and music to the mountains of Montana.

The first 500 Full Festival General Admission tickets sold will be heavily discounted at $95, to reward those who commit early to attend.   Student ticket pricing (ages 12 & up) will also be available. Tickets are available on the website at moonlightmusicfest.com.

Regular priced General Admission Tickets will be $145 for a full festival pass, with Friday and Saturday prices at $75 and $85 respectively.

A portion of each ticket sold will be donated to The Moonlight Community Foundation and The Big Sky Arts Council.

The festival features two days of diverse national and local talent in Moonlight Basin’s Madison Base Area, set on the northside of Lone Peak with spectacular 360-degree views of the surrounding mountains. Confirmed acts include Trampled By Turtles, St. Paul & The Broken Bones, The War and Treaty, The Wood Brothers, Dwayne Dopsie & The Zydeco Hellraisers, Blackberry Smoke, and The Record Company, with more acts yet to be announced.

The weekend’s festivities will also include camping (tents, RVs and campers), arts & crafts vendors, food trucks, family events, and more in an unsurpassable setting.  Past festival-goers describe it as the “best music fest ever with spectacular scenery, camping, over the top music and a whole lot of dancing”.

“We were thrilled to be a part of last summer’s Moonlight MusicFest”, says Matt Kidd, Managing Director of CrossHarbor Capital, whose Lone Mountain Land Company and Moonlight Basin were key backers of the event. “It was the first year of the festival, the lineup was exceptional and the turnout really proved that great music and a gorgeous venue are things people from all over want to be a part of. We’re looking forward building upon this success, and making year two, as well as every year to come, even better.”

About Lone Mountain Land Company
Lone Mountain Land Company (LMLC), based in Big Sky, Montana, was started in 2014 by CrossHarbor Capital Partners. LMLC was formed specifically to bring a unified vision, operation, and thoughtful approach to CrossHarbor’s development of Spanish Peaks Mountain Club and Moonlight Basin. LMLC is a strategic partner with Boyne Resorts, owner of Big Sky Resort, who manages the ski operations at both Spanish Peaks and Moonlight Basin. In addition, to support the overall needs of the community, LMLC and the Simkins family have collaborated on the master planning and development of Big Sky’s growing Town Center. www.lonemountainland.com.

About Moonlight Basin
Moonlight Basin is a ski-in, ski-out community at the base of Lone Peak and Big Sky Resort, with direct access to vast public land areas including the Lee Metcalf Wilderness. Moonlight Basin includes extensive acreage for skiing, hiking, and mountain bike trails, a Jack Nicklaus Signature Golf Course, summer and winter lakeside amenities at Ulery’s Lake, “Glamping” amenities,  Camp Moonlight for children during summer, and many other guided outdoor activities. The renovated Moonlight Lodge is open to Moonlight members for slopeside dining and aprés drinks.