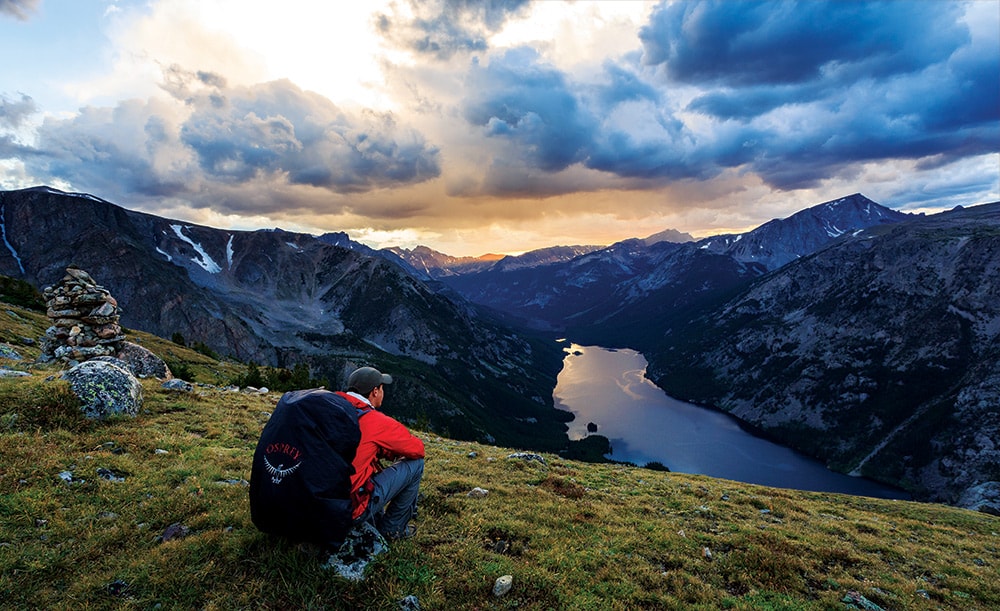 When photographer Dave M. Shumway moved to Billings, Montana, in 2005, he began hiking the mountain trails closest to his new city. For the most part, that meant the Absaroka-Beartooth Wilderness to the south. “I’d hike the trails, and I’d look up to these 12,000-foot peaks, and then I’d hike on past, but I wouldn’t go to the top,” he said recently. The idea of Montana’s highest points captured his imagination, however, and he started doing some research. “I looked at how much terrain there is above 12,000 feet, and then into the debate about how many actual summits there are. And then I started exploring some routes.”

Local legend has it that back in 1973, a hiker named Harrison Fagg and his youngest son, Grant, set out to climb all of Montana’s 12,000-foot peaks. In 1981, the pair finished their list of 27 Montana summits over 12,000 feet, becoming the first to be able to make that claim. Two years ago, Shumway gave himself the goal of summitting each of Montana’s 12,000-foot peaks in a single season. But there were obstacles.

The first lay in deciding which peaks qualified. “By most estimates,” Shumway said, “there are about 45 points over 12,000 feet in the state of Montana, all in the Beartooths. And somewhere between 25 to 28 or maybe 29 of those are counted as significant summits, though they don’t even all have names. If you ask around, you will hear about a couple dozen folks who say they have climbed all of the significant 12,000-foot summits in Montana. But the definition of ‘significant’ is up for debate. And of the peakbaggers who claim to have scaled all of Montana’s 12,000-foot summits, few have the same list.”

The first year, Shumway was half of the way through his own list when he was sidelined by injury. That August, he was on Silver Run Peak, “one of the twelvers,” when a wind shear blew him and some rocks down the slope. “I ended up with a five-foot wide, plate-shaped boulder on top of my foot. After freeing my foot I had to hike eight miles out with a badly sprained ankle. And that ended the peakbagging season for me.” Then in July last year, he jumped into Russell Lake on the Cooke City side of the Beaten Path, and found somebody’s broken beer bottle. “The doctor said I nearly lost my toe, I ended up getting seven stitches.”

During the course of those two years, and even while he’s been stymied in bagging them all within a single season, Shumway has nevertheless managed to summit and photograph more than 20 peaks. He recently married, and his wife is on board to share the adventure this year. “Our hope is to do all 26 to 28 of them between May and November. For her, nearly all of the peaks will be new. For me there will be lots of repeats, which should make it easier, conditions permitting.”

Of the peaks he’s bagged so far, Mystic Mountain is a favorite. “It’s one of those peaks that no one climbs, there are no rock cairns. You’re atop this 12,100-foot peak, surrounded by a handful of other twelvers, and you’re standing where few others have ventured. And that’s pretty cool. And then you get to make photographs and share that place with others.” He thought about it. “And that’s pretty cool, too.”