LIKE THE LONG UNENDING NIGHTS OF WINTER, Rod Zullo’s bronzes stand against the cold, against the wind whispering through the slats, and becoming companions — steadfast attendants revealing the old places in new ways.

His maker’s mark — as much a part of the sculpture as brushstrokes in a painting — spark an awareness, a presence of the art as well as a communion with the subject. His draft horses pull the hay from your memory. His raptors carry the dream of an unending sky. And his dogs unearth your heart like an old gnawed bone.

“I want my sculptures to be sculptures,” he says, sitting at his desk/worktable in his well-lit studio. “Not a horse, but a sculpture of a horse. The horse is a discovery, a way for us to create our own horse, not to replicate one.”

Zullo reaches for a small wad of clay and presses it between his forefinger and thumb, embedding the malleable substance with not only his thoughts but physically with his fingerprints. It is a forensic statement of his composition.

As unabbreviated as they are, there is a roughness in his work, an unfinished quality, as if he’s left the completion of the piece to the viewer.

“I want it to feel abandoned,” he says. “When I’m at the point where I’ve said what I need to say I need to stop. If I overstate it, it becomes less … unearthed.”

And it is this unearthed-ness, this feeling of a found relic or an artifact, that comes across so succinctly.

“I want people to know that this is handmade, not mathematical, not machine-made,” he says, picking up a knife and gently hitting the sculpture in front of him with the flat wood side of the handle. The sound is solid but hollow, hard but supple. Then, as an afterthought he adds, “And I really don’t like straight lines.”

But there is an undeniable power in his pieces as well. A strength that comes from character. As if Zullo has somehow plugged his soul into the clay.

The dog he is working on pays homage to his own English setter, Henry. Every touch, every push of the clay, every nuanced gesture is imbued with a vulnerable tenderness.

“He saw me through the worst time in my life,” Zullo says, smoothing a line along the ridge of the canine. “Divorce, complications from donating a kidney, and then he died last year. I’ve got three sculptures going of him right now. This isn’t about anything else except me and my relationship with Henry. He saw me cry. When he wagged his tail, it just picked up my spirit. We all have challenges and what got me through those challenges were my art, Henry, and my students.”

His students are a new addition to his career. In recent years, Zullo began teaching and it added a new dimension to his life, and his work.

“I learn more from teaching than I do at any other time,” he says. “The relationships I’ve had with my students are the foundations of what I’ve been able to become.”

Besides the summer classes he teaches from his Bozeman studio, Zullo travels to Arizona to teach two workshops at the Scottsdale Artists’ School.

“We all search around for what we excel at,” Zullo says. “For me teaching is almost … selfish, because I get so much out of it. There’s the social aspect of teaching — mentor, teacher, friend — but there’s something else. I get asked so many questions, questions that I haven’t even asked myself. And I continue to learn from that.”

Mark Edward Adams has been studying with Zullo for the last few years.

“I met Rod at the Scottsdale Artists’ School,” Adams says. “At that time I’d been studying classical figure sculpture for years. I’ve had other mentors, some very well known. They taught me how to sculpt. Rod took it further.”

Zullo doesn’t just teach students about sculpting, although that is a large part of what he does. He advises them on foundries, on subjects to sculpt, and he talks about the business of art.

“For myself, one of my passions is animals and I love horses,” Adams says. “I’ll do five I want to cast and he’ll tell me to cast three of them and tell a great story. He’s taught me how to package myself to the art market. He’s not just teaching art, he’s teaching us how to live as an artist.”

After Zullo’s workshop in Scottsdale, Adams related his passion about sculpting horses so Zullo invited Adams to Montana to visit a ranch and sculpt horses — there was no money involved.

“He just took me under his wing,” Adams says. “So now I go there at least once a year to sculpt with him, besides taking the workshops. And I’m not the only one.”

Five of Zullo’s students nominated him for Contributions for American Sculptures last year at the National Sculpture Society.

“He didn’t get it this year, but we’re going to keep nominating him,” Adams says. “Nobody is mentoring students the way Rod is. I see a lot of people gaining confidence from him. Those other mentors didn’t give me the kind of confidence Rod gives me. I stopped casting in bronze because I didn’t think I was good enough. Rod pushed and encouraged me the whole way. If it wasn’t for him, I’d still be in my studio thinking my work wasn’t worth it.”

Adams went from having no galleries to having his work in some of the top galleries in the nation, and he credits his accomplishments to Zullo’s guidance.

Just as Zullo credits his achievements to his mentors.

“I was fortunate to have well-established artists mentor me,” Zullo says. “It brings me great joy to mentor younger artists. It’s more fulfilling than my own success.”

Zullo is represented by the Legacy Gallery in Jackson, Wyoming and in Scottsdale, Arizona.

“Rod’s work is expressive, emotional and moving,” gallery director David Wilkinson says. “He has an innate talent, yet he strives for personal and professional growth by absorbing knowledge, as well as studying past and present masters.”

And although his work continues to sell well, Zullo is very aware of the evolving market for bronze work, which is one of the reasons Legacy Gallery keeps Zullo’s work at both galleries.

Five small sculptures, still in clay and wax, line the edge of his desk — a mountain lion, a bear, a work horse, a bull moose and a dog — an array of small-scale sculptures Zullo has added to his repertoire, to entice some younger collectors into the art market.

Times have changed and the economy has been hard on art. To Zullo, it’s a clarion to artists.

“It’s a smaller economic society that is buying art which requires the cream to rise to the top,” Zullo says. “You’re going to do a lot of waiting for something to happen, maybe you’ll be in a smaller group show, rather than the old way of having a series of solo shows and you’re definitely not going to succeed by being a recluse.”

Zullo knows this from experience. He moved from his home studio to the Emerson Center for the Arts and Culture so he could put himself at the heart of the art community.

“It’s kept me more socialized,” he says. “I was going through a tough time but I wasn’t going to give up what I had. Instead I downsized so I could continue this journey. I stayed committed to my art. I came to work every day. I look at my work as my career as well as my passion. This is who I am. And so I adjusted my lifestyle.” 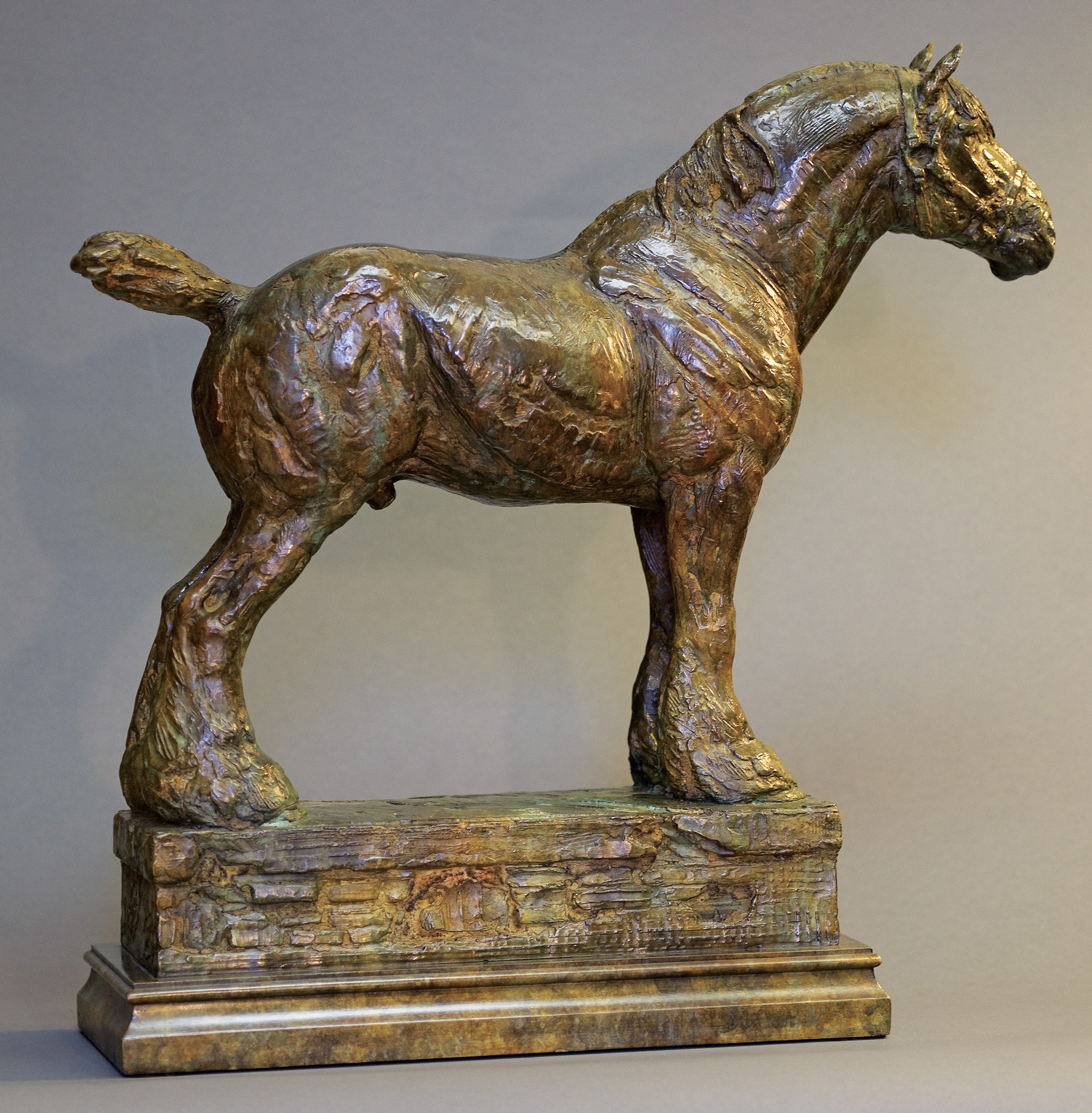 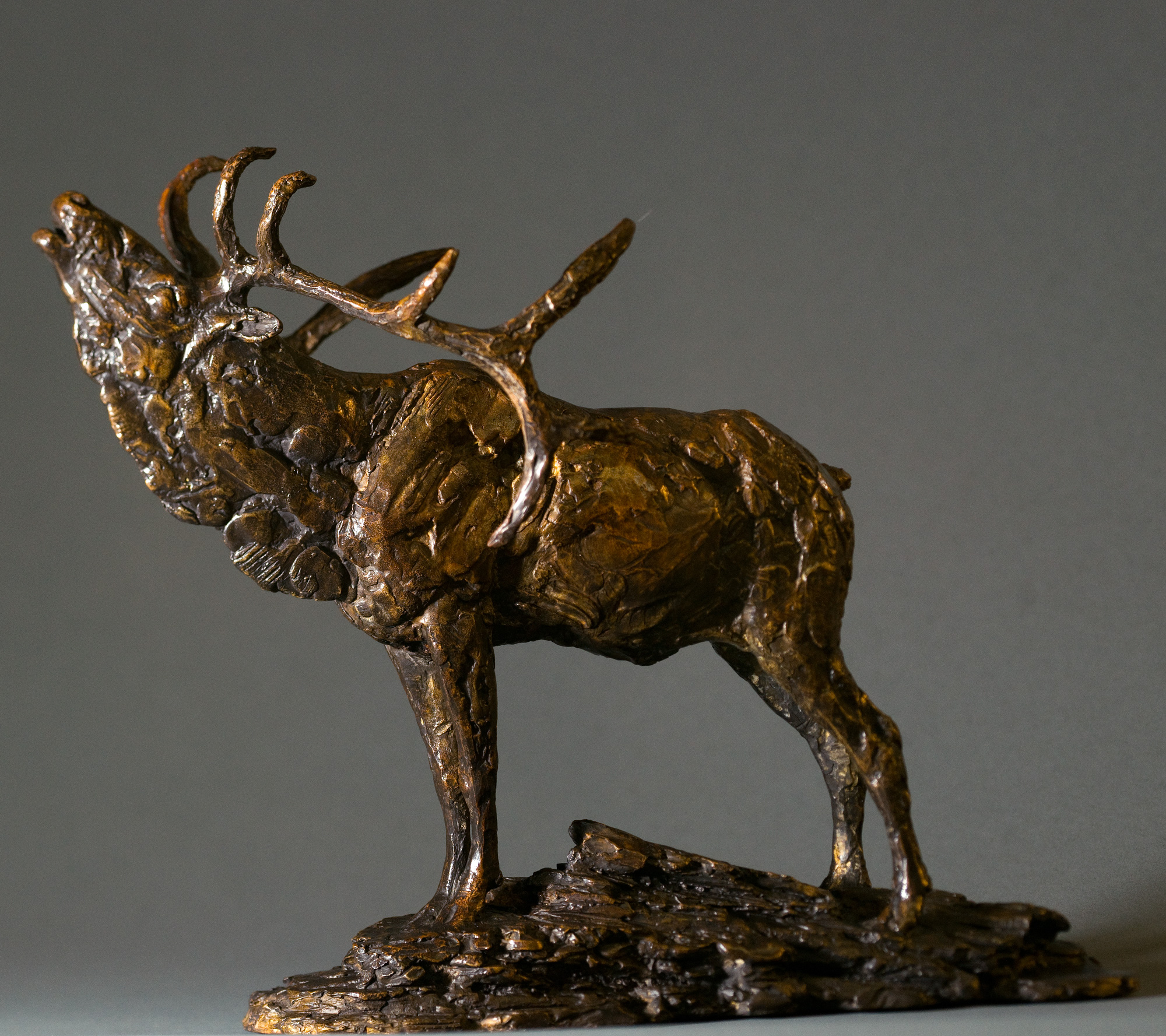 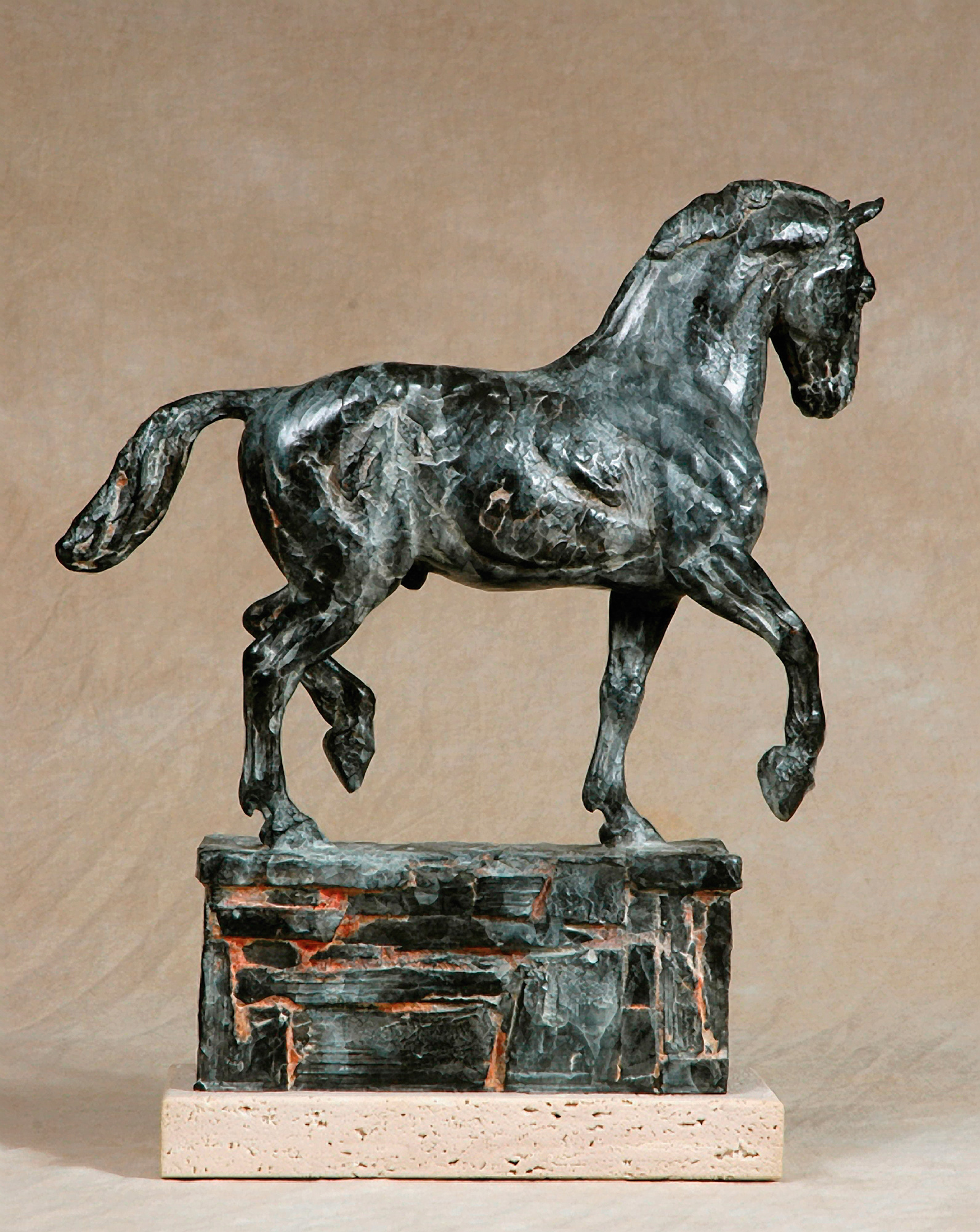 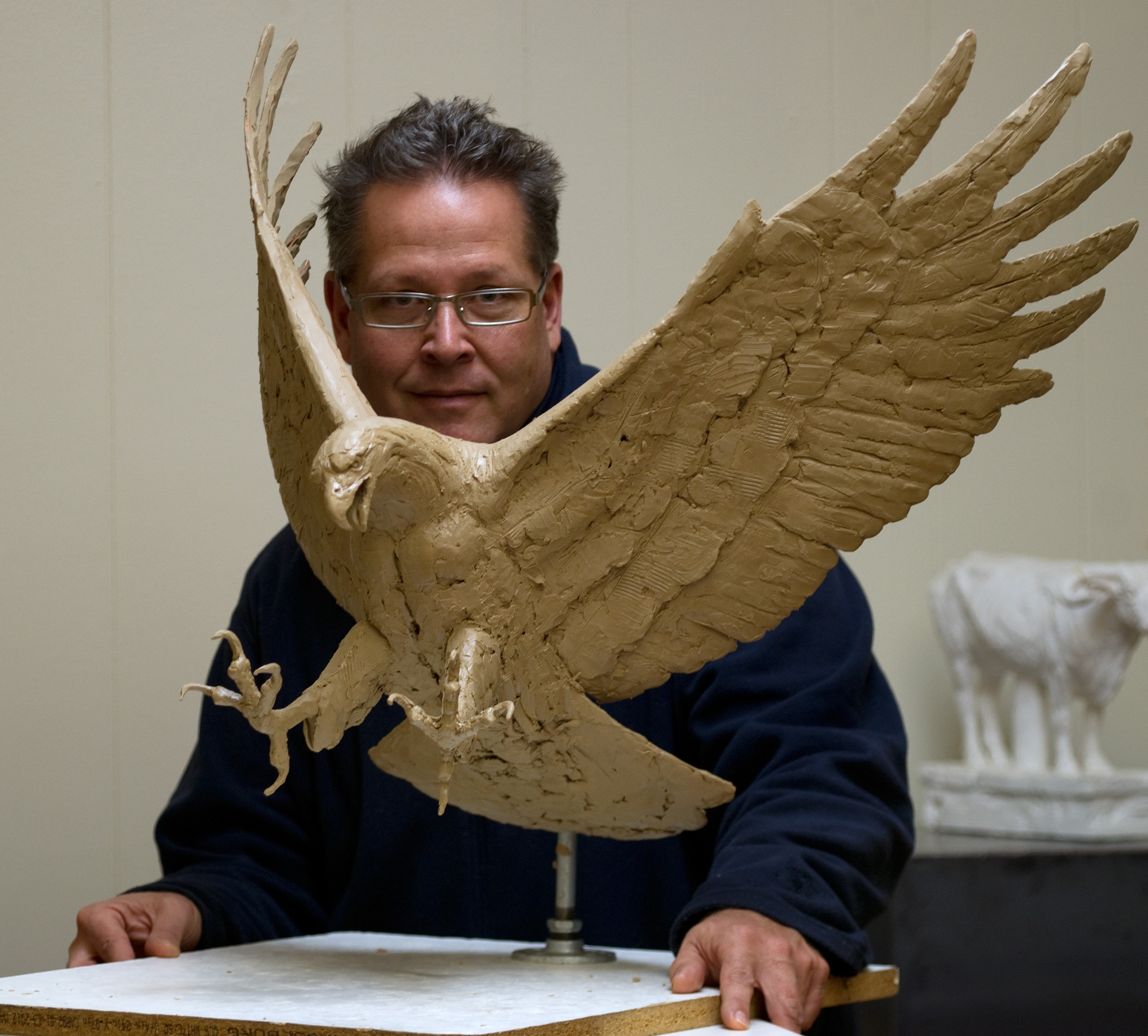 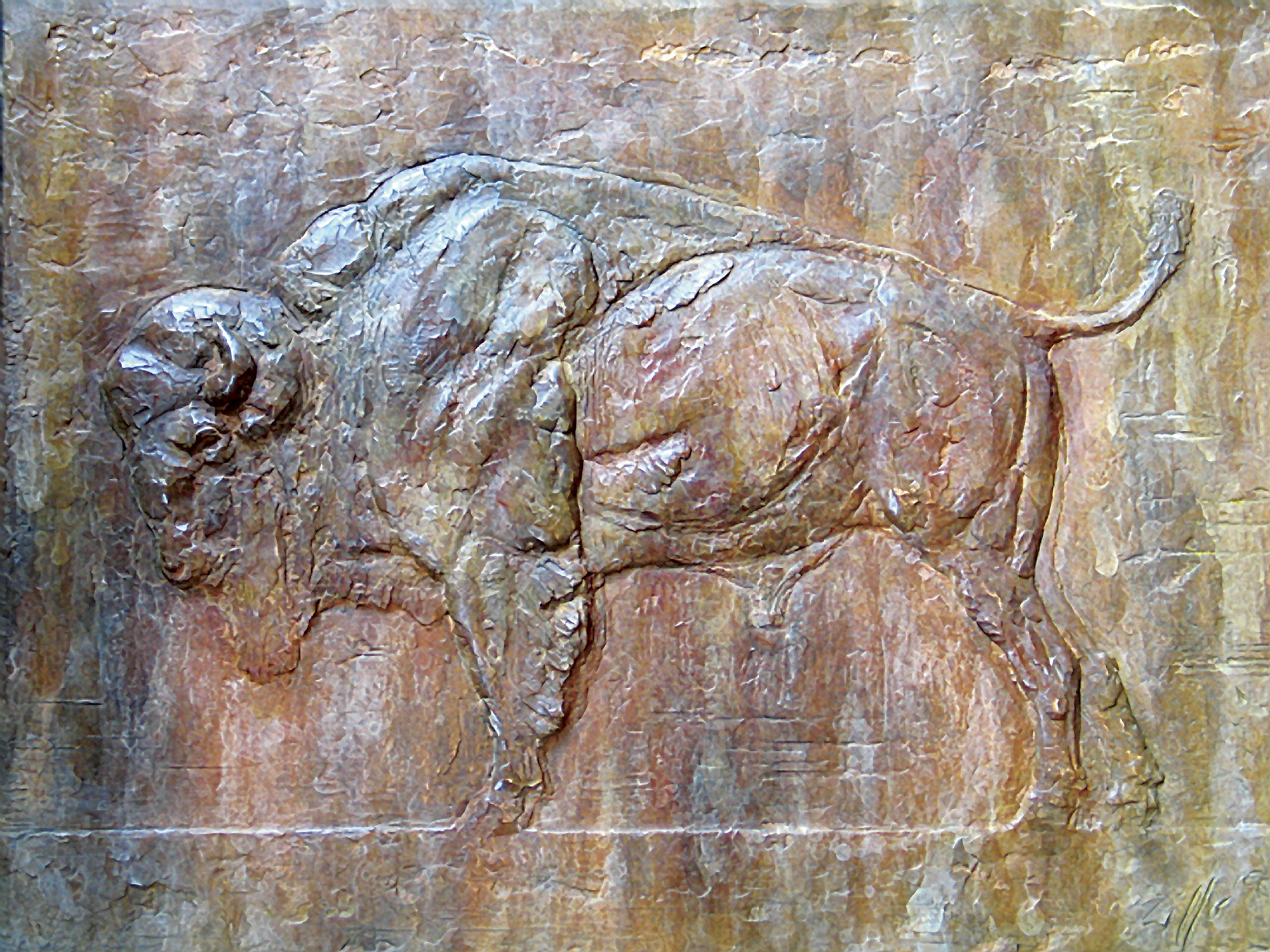