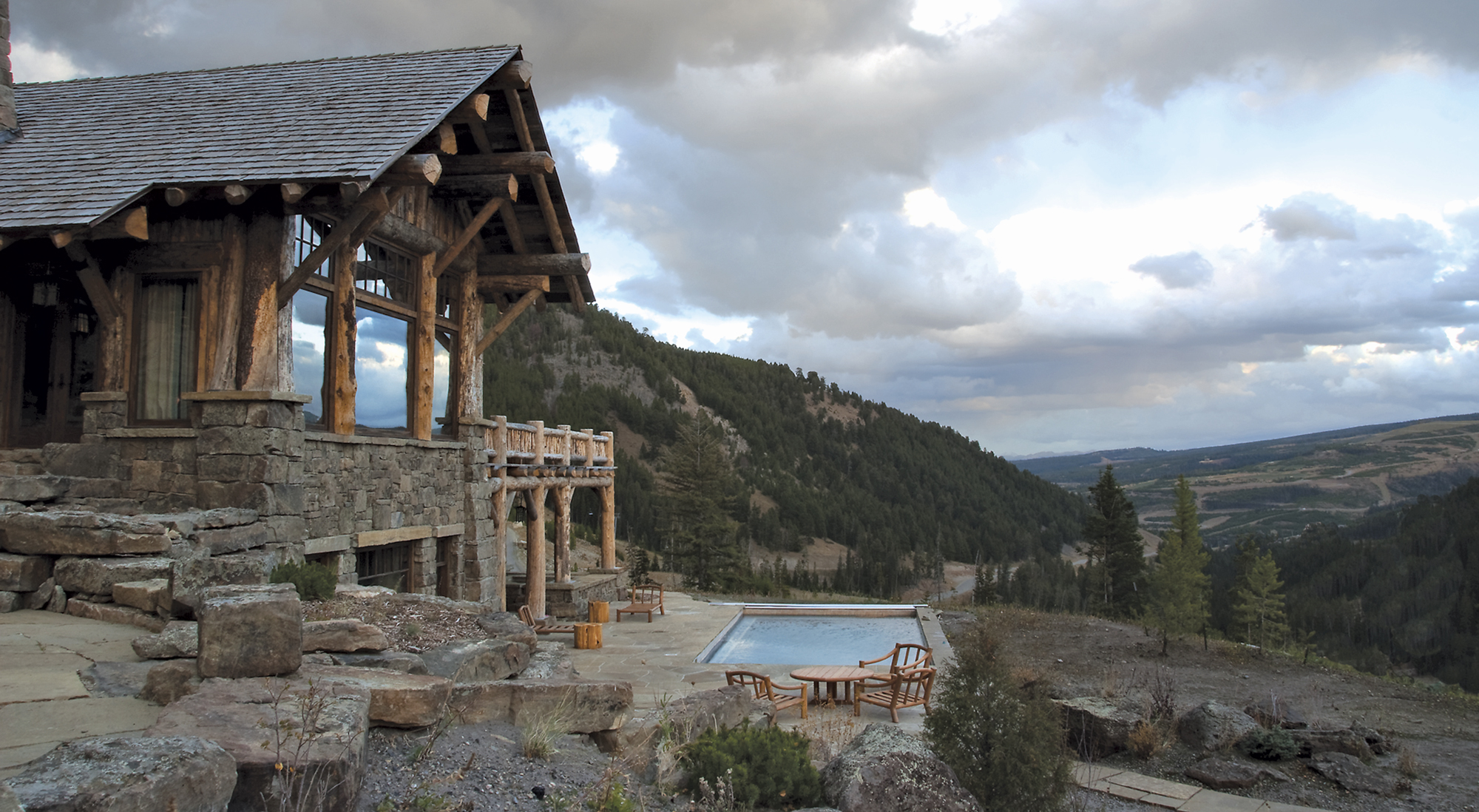 THE WORK OF LOHSS CONSTRUCTION evokes feelings of tranquility and solace through a refined rustic style. Aspiring to make each home unique, Chris Lohss approaches his projects with a perspective on mountain living that pairs world-class design and construction practices with the vision of his clients. Over the past nine years, Lohss Construction has garnered numerous awards among Western architecture circles for a regional style featured in homes at the Yellowstone Club in Big Sky and the surrounding southwest Montana areas.

Inspired by Western history, Lohss Construction homes recall the craftsmanship that graced the West in its humble beginnings. Drawing on the grand lodges of an idyllic past, the detail of each project transports homeowners away from the stresses of the present. Committed to using the most original sources in each project is what distinguishes Lohss Construction from others.

Crafting homes that are enveloped in respect for the building materials that intrinsically connect to the natural environment is a signature of a Lohss custom home. Whether it is a cabin to be used by weekenders or a lodge that will become a family legacy, the Lohss Construction team strives to finish every detail with acute attention. Offering services that range from custommade furniture and cabinetry to match rustic construction or simply reclaimed lumber, Lohss has branded his company as one of the best in the region.

While the majority of Lohss Construction’s work has focused on the Montana rustic style, recently it has begun to transition into a contemporary language, blending simple beginnings with the sleek, spacious tranquility associated with modern architecture. These houses feature vast windows with open views of ski slopes and snow-covered hills in the winter, while featuring verdant, forested glens in the spring and summer. Locally fabricated ironwork creates functional centerpieces to engage homeowners and guests alike. Despite the stylistic shift, connection to place remains the central focus. Similar to the great Scandinavian architects like Eero Saarinen and Alvar Aalto, Lohss Construction utilizes glass walls, iron rods and wood beams to create a discourse between the building and its surroundings.

While humble and down-to-earth Lohss would say he, “hit the boom just right with exponential growth,” numerous clients have avidly suggested that it is Chris’s awareness of their needs that sustains Lohss Construction. Chris Lohss, has a keen ability to intuit his clients’ vision by pairing upcoming design trends with unrivalled craftsmanship and professionalism.

“I’ve used Chris on several projects, he and his crew were exceedingly professional and truly talented craftsmen. His work is like no other,” stated Andy Allen, a Yellowstone Club member and client.

Despite a shift in the style and content of his work, the ongoing transition to Contemporary showcases just another design to consider when planning a dream home. Lohss Construction truly caters to the desires of its clientele with a range of styles. While the majority of his work has been rustic, Lohss is excited to incorporate more contemporary design cues into future projects. By being able to produce a so many architectural styles, Chris hopes to infuse homes with a new Western sensibility, a sensibility that lends itself to communing with nature, respecting the past and living a slower, more carefree life. 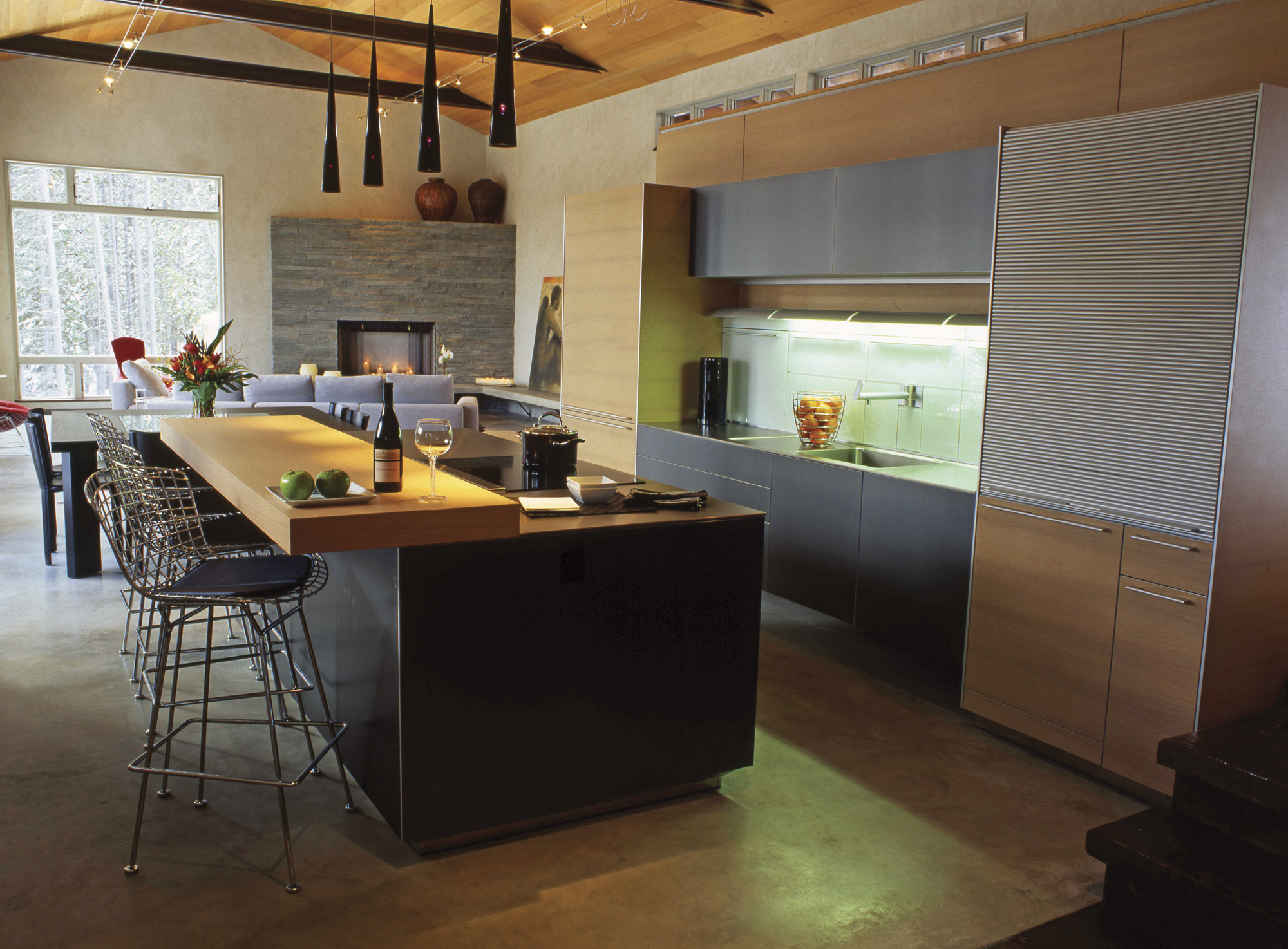 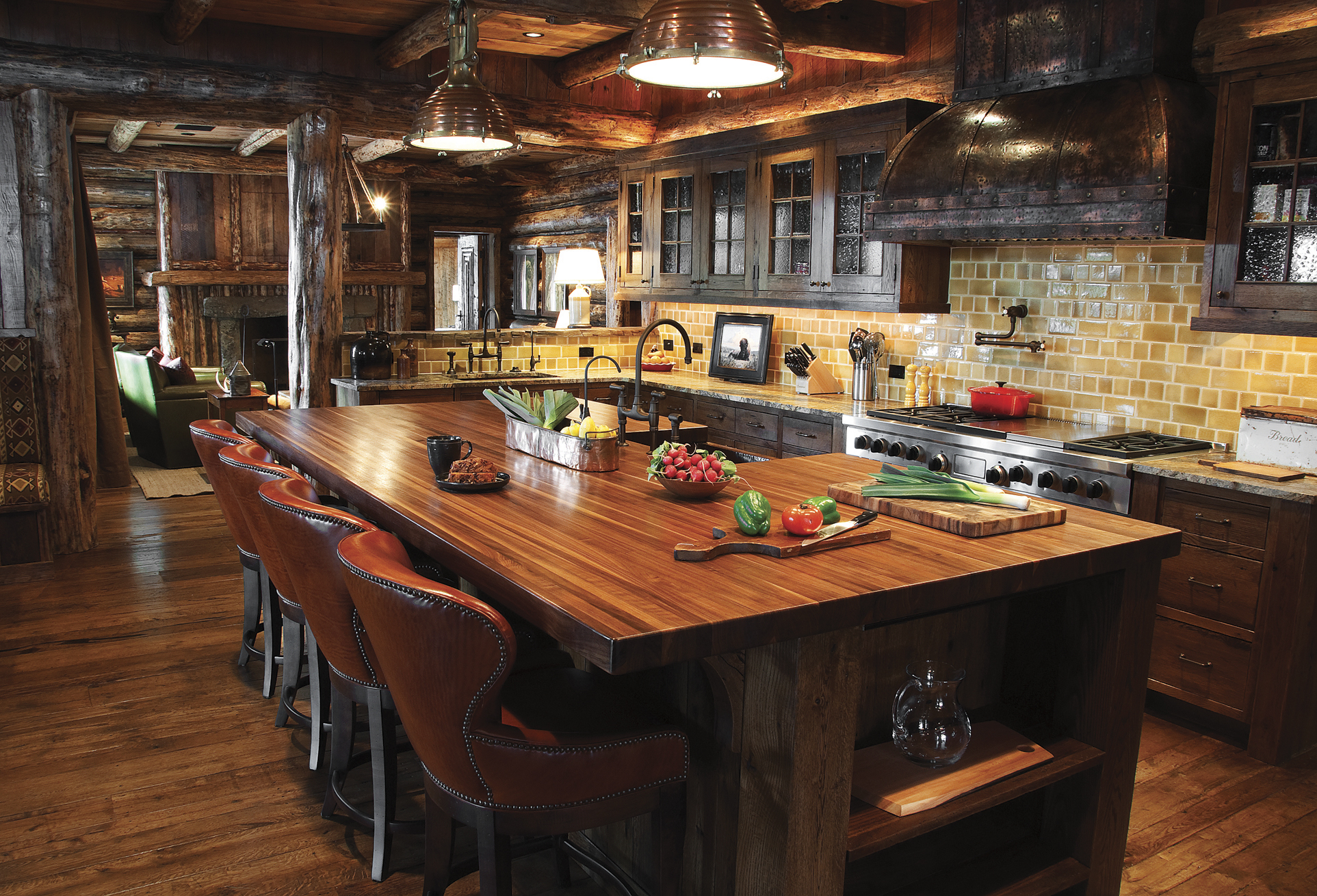 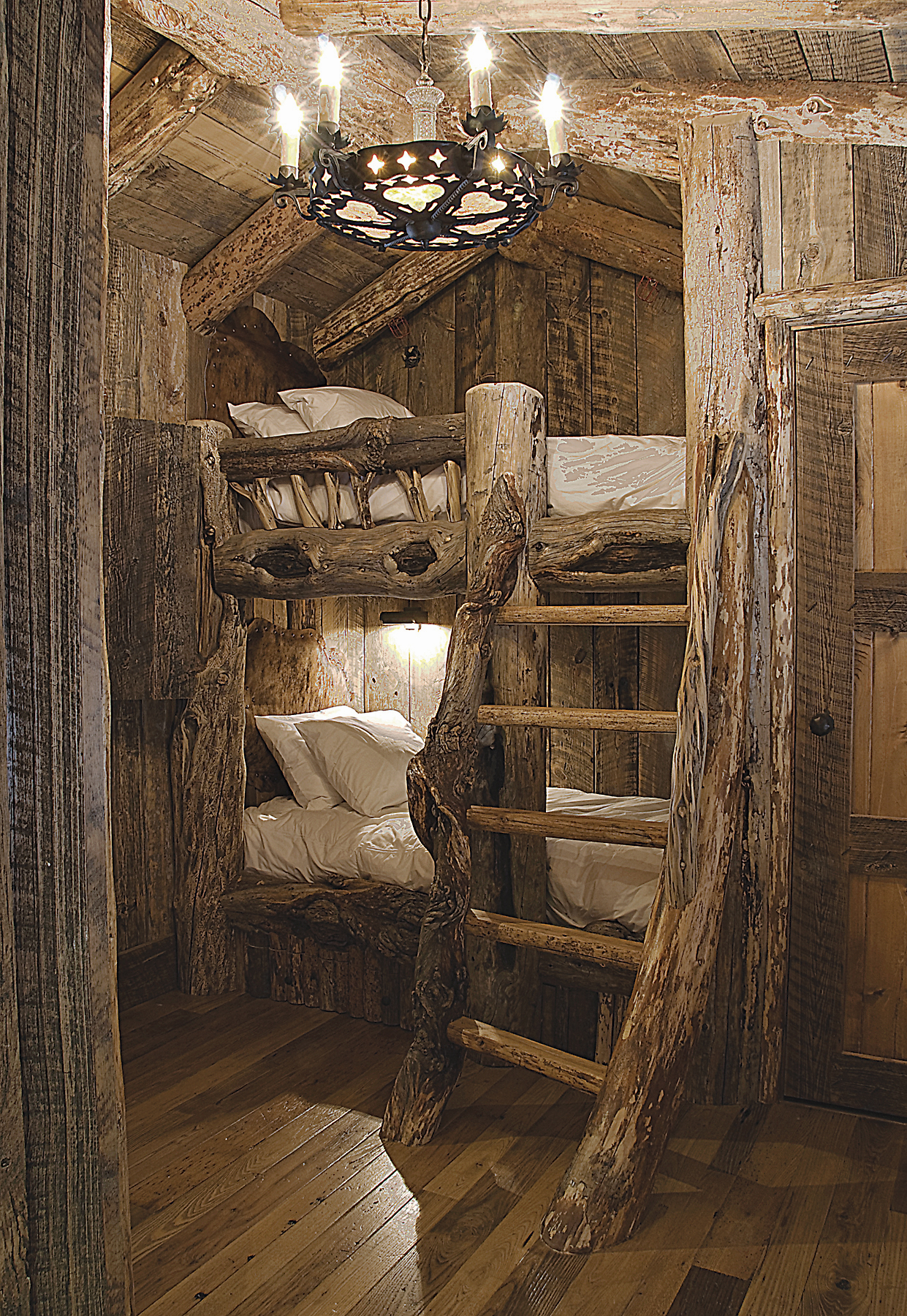 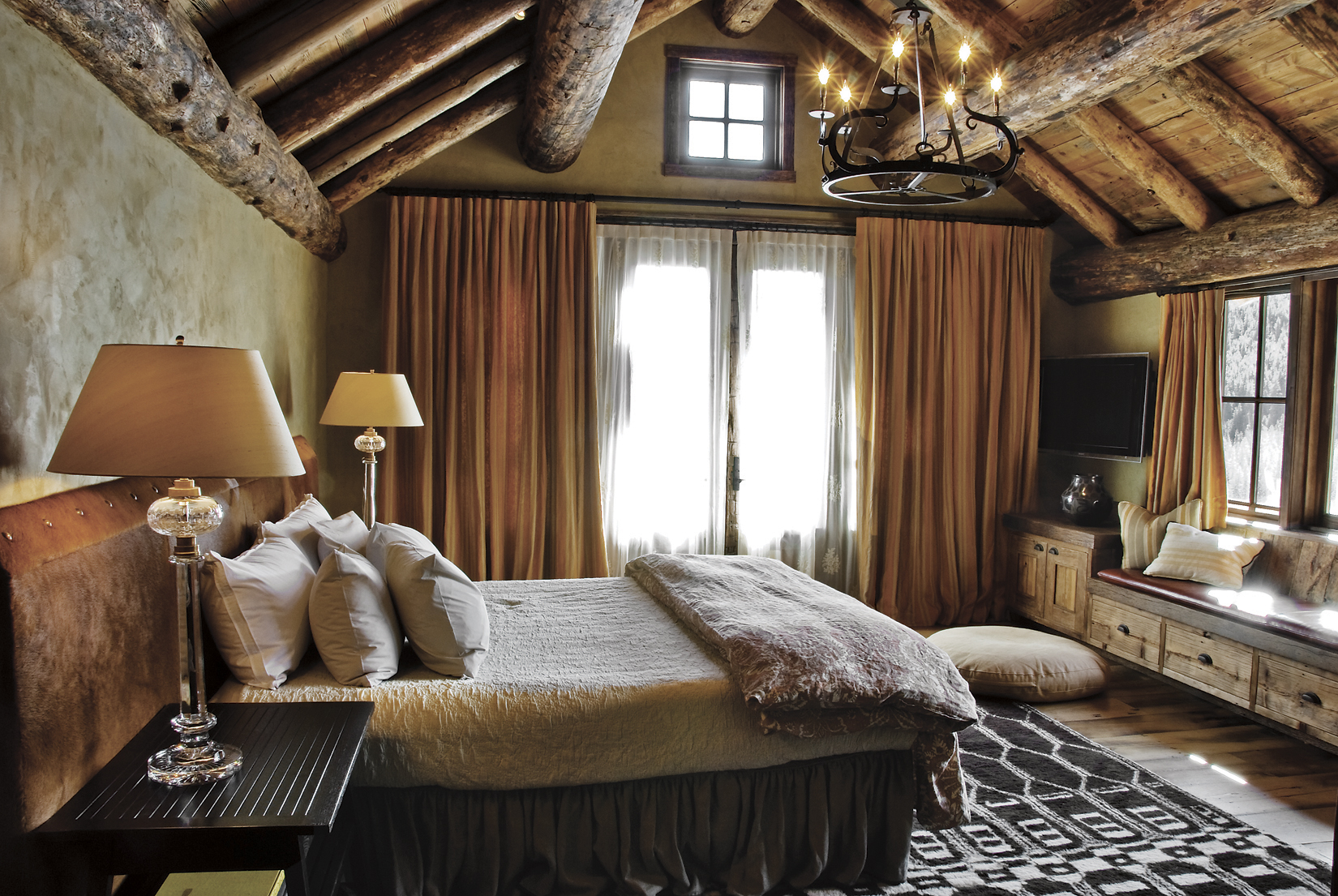 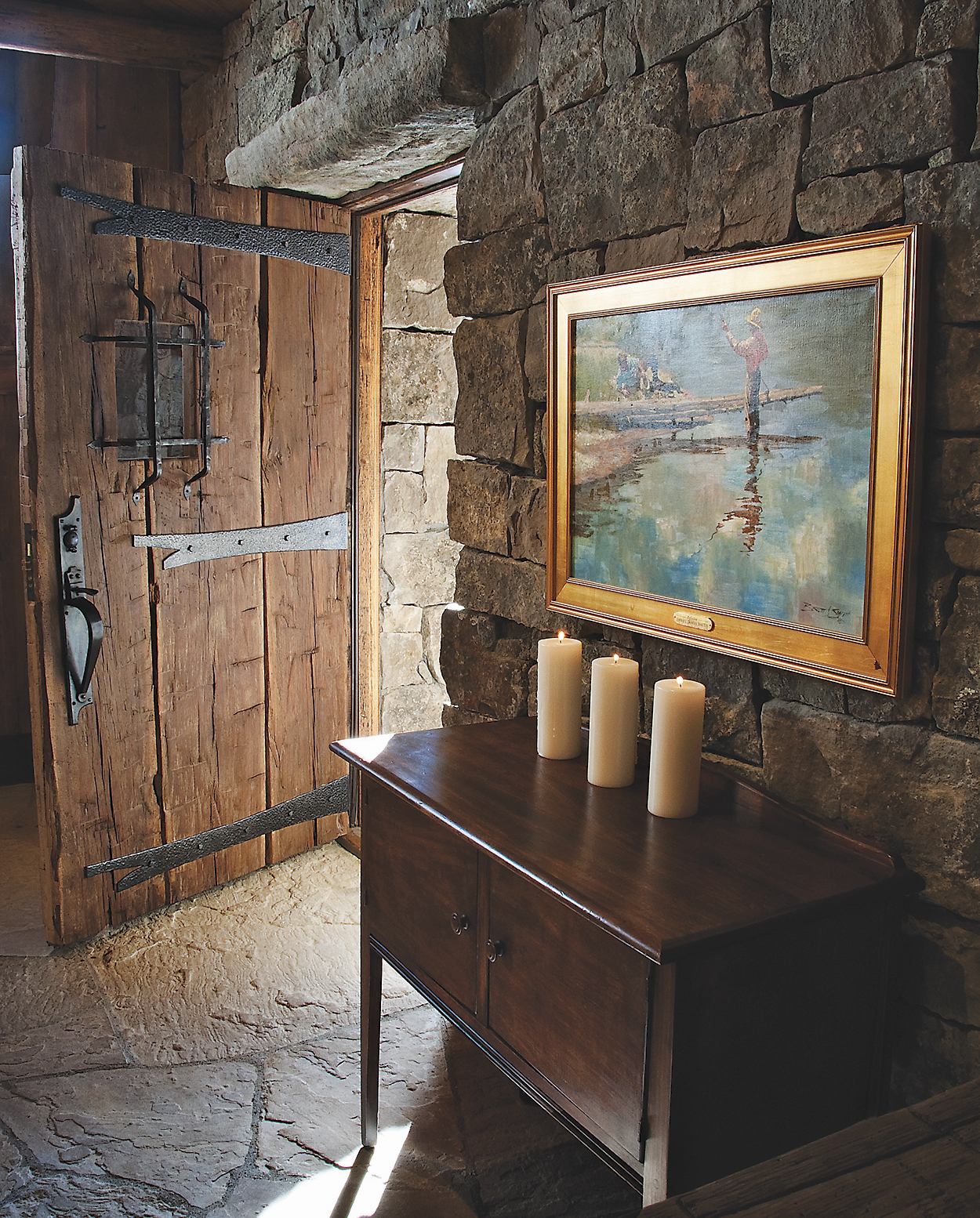 Cultivating the Old World charm, Harlowtown moss rock encases the entry with thick walls to increase the feeling of shelter when the oversized front door, made of hand hewn oak slabs, opens. Photo by Ralph Kylloe