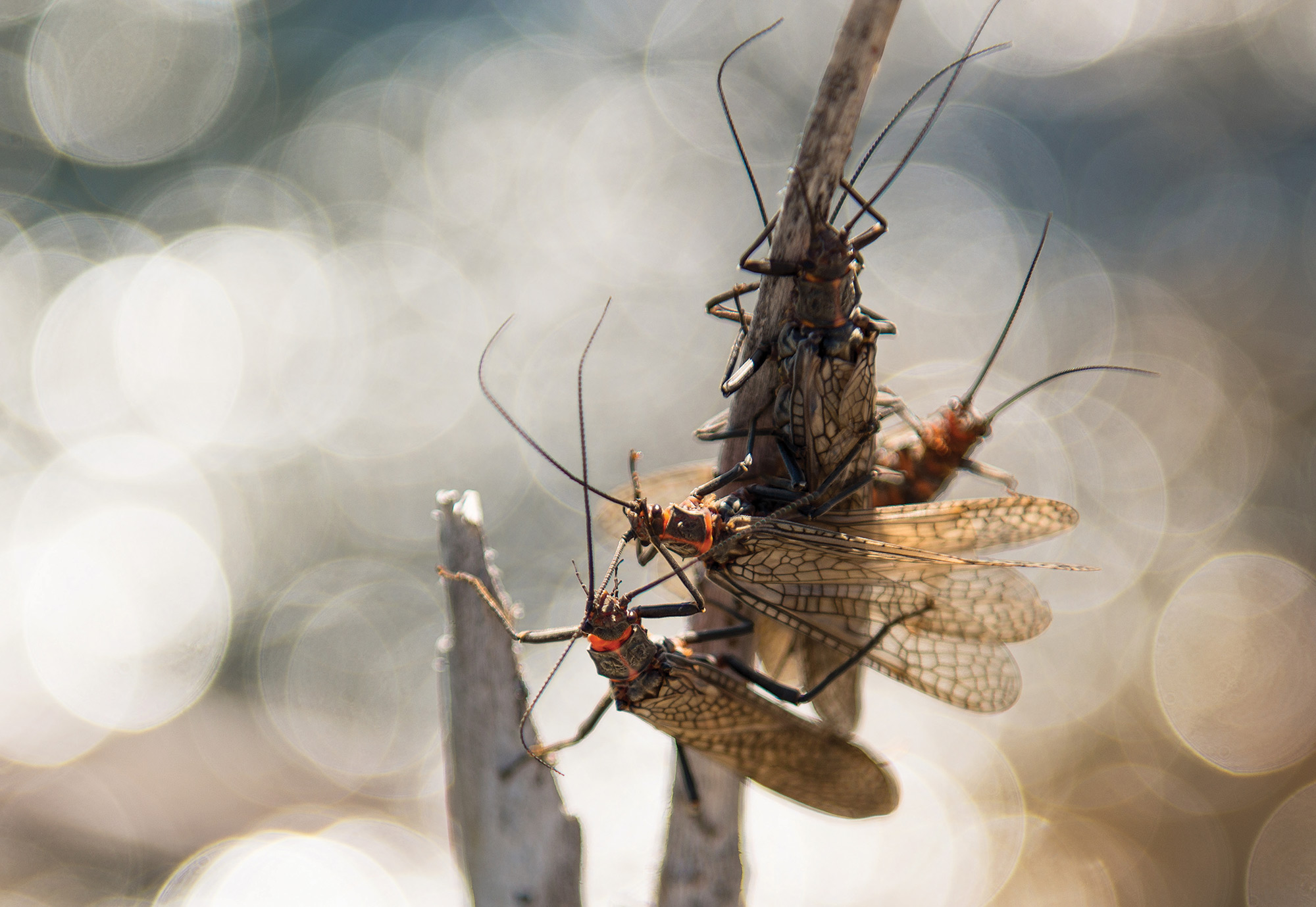 Last May on the Clark Fork River near Missoula, Montana, anglers donned waders along the banks, their faces slathered white with sunscreen, while a faint dusting of snow lingered on the surrounding mountaintops.

It was the start of the fly-fishing season, when fishers anticipate intense spring hatches — the skwalas, March browns, blue-winged olives, salmon flies and Mother’s Day caddis. Typically the weather runs in the 50s and 60s, with lows in the 30s, but in 2015 spring temperatures soared to record-breaking heights in March. It was later noted that 2015 was the hottest year in 84 years by the National Oceanic and Atmospheric Administration’s National Centers for Environmental Information.

To passers by, it was a lovely spring day, as if there were nothing out of the ordinary in this scene. But inside the Grizzly Hackle Fly Shop, customers and guides alike were baffled. Lining the walls of the Missoula shop are rows and rows of little white boxes, each holding a different type of fly: big ones and small ones, purple ones and green ones. Tied by hand, each is a unique attempt to emulate the many flies hatching in Missoula’s waterways. Ordinarily, the anglers who have been casting here for decades could walk up to any one of the hundreds of little boxes and pick a fly to match the hatch with reasonable confidence. But last season’s hatch cycle was so unusual, it left everyone confused.

When I walked up to the counter to ask for advice, Lucas Jones replied, “Well, salmon flies hatched two or three weeks early, and the spruce moths were a month ahead of schedule.” An avid fly fisherman and 22-year resident of the Missoula area, Jones said to me, “I have never seen anything like it.”

This is the consensus of anglers across the region: Unusually warm spring and summer temperatures are resulting in a two- to three-week shift in some of the keystone fly species, a phenomenon that made the 2015 hatches hard to predict. Catching big trout is big business, and with erratic weather patterns cropping up around the world, one can’t help but wonder what the changing climate will mean for fisheries in the Northern Rockies.

On the streets of Missoula, drift boats litter driveways. Fishing guides are geared up and ready. They are expected to deliver an experience of days spent reeling in countless trout, and the ever-so-sacred “whoppers.” But how can they fulfill their duties as chaperones of Montana’s world-class piscaries if they can’t predict what flies are hatching?

This is a question that guides like Tom Jenni, owner of the Missoula-based Reel Montana, are asking more frequently. With a master’s degree in biology from the University of Nevada, Jenni has worked the rivers in southwest Montana for the last 17 years, both as a guide and an outfitter. He spends most of his spring, summer and fall days in a drift boat with customers. Many of his customers come back every year to share his company, trusting that he knows what is hatching and when.

“I was fishing salmon flies right near Missoula on May 12 and 13,” Jenni says, flipping through a calendar. “That was at least two to three weeks earlier than I have ever fished them before.”

What Jenni and other guides are noticing is a dramatic shift in species phenology, which is the recurring pattern of certain organisms to exhibit the same physiological changes at the same time every year. It’s the term for the biological clock that sets its pace in reaction to temperature, weather, food availability and a variety of other factors.

With continued warming weather patterns in the form of milder winters and higher average temperatures in the spring and summer, organisms that are affected by temperature are beginning to experience phenological shifts. In the struggle to adapt to changing temperatures, an organism may come out of hibernation early or migrate late. As the clocks shift, some of these changes are proving to have more consequences than others. As Montana’s insects feel the effects of the warmer weather, there will increasingly be ripples in related food webs and ecosystems.

Hafele spent 30 years working as an aquatic entomologist for the Oregon Department of Environmental Quality before retiring in 2008. An avid fisherman and writer, he is the author of Western Mayfly Hatches and the classic angler’s reference guide, The Complete Book of Western Hatches.

He explains the science behind the shift quite simply: “There are two main factors involved in determining the hatch period: water temperature and day length.”

Some species are influenced by one factor more than the other, continues Hafele. Because day length hasn’t fluctuated notably, the warmer weather is likely the culprit. It’s why some species, those more heavily influenced by day length, have maintained a relatively normal schedule while species more sensitive to temperature have, in some cases, hatched almost a month early.

Climate change has been making headlines for years, but the effects it will have on fisheries is often overlooked. Pat Saffel, district fisheries manager for the Montana Department of Fish, Wildlife and Parks (FWP), points out that while there is no such thing as “normal” in the realm of ecology and entomology, the record high water temperatures in 2015 prompted state fisheries biologists to more closely monitor the conditions of Montana’s rivers and streams. They use data collected from a variety of sources to assess temperature, sedimentation and flow rate, among other variables, to determine the health of watersheds.

Fisheries managers like Saffel are responsible for implementing restrictions when rivers and streams become compromised. The limitations they set help maintain healthy populations of fish, as well as other organisms that depend on Montana’s waterways to thrive. One of these restrictions, the “hoot owl,” was put into place particularly early last year, limiting fishing to between the hours of midnight and 2 p.m. on the Bitterroot, Blackfoot and Clark Fork rivers.

“This was the earliest hoot owl restriction that I can remember,” says Saffel, a 19-year veteran of  the FWP. “I have seen it imposed at some point nearly every year.”

Jenni predicts that “If the hoot owl thing happens every year for a couple of years, it will scare people away from the midseason fishing … which will either reduce the number of annual fishermen or push them into the ‘two-season’ model.”

Clients who flock to Montana from all corners of the world can’t justify coming out for a few days if they can only fish for half of the day. This has the potential to drive down business, and guides like Jenni may have a hard time keeping their weeks free when work is unstable.

Unfortunately, insects are not the only victims of the evolving conditions. The Clark Fork and Blackfoot rivers are known for their cutthroat and rainbows, but Montana’s trout species depend on the cold water supplied by melting snow. As the snowpack diminishes, the water temperatures rise and trout become stressed.

“There was lots of joking last year about becoming bass and pike guides,” Jenni says. “I think we are far enough north that we won’t lose our trout, at least in my lifetime.” He adds that the two season model would help alleviate the stress on fish by leaving them be during the warmest weeks of summer.

As El Nino racks the coast to the west and flooding continues to plague parts of the east, the regular fly-fishing season is just around the bend and anglers continue to wonder what the coming season will bring.

With careful observation, biologists will be one step closer to reading the phenological patterns in regional fisheries, helping to protect trout species and maybe even assisting fishing guides in their quest to match the hatch once again. Only time will tell what long-term repercussions climate change will have on Montana’s fishing industry. 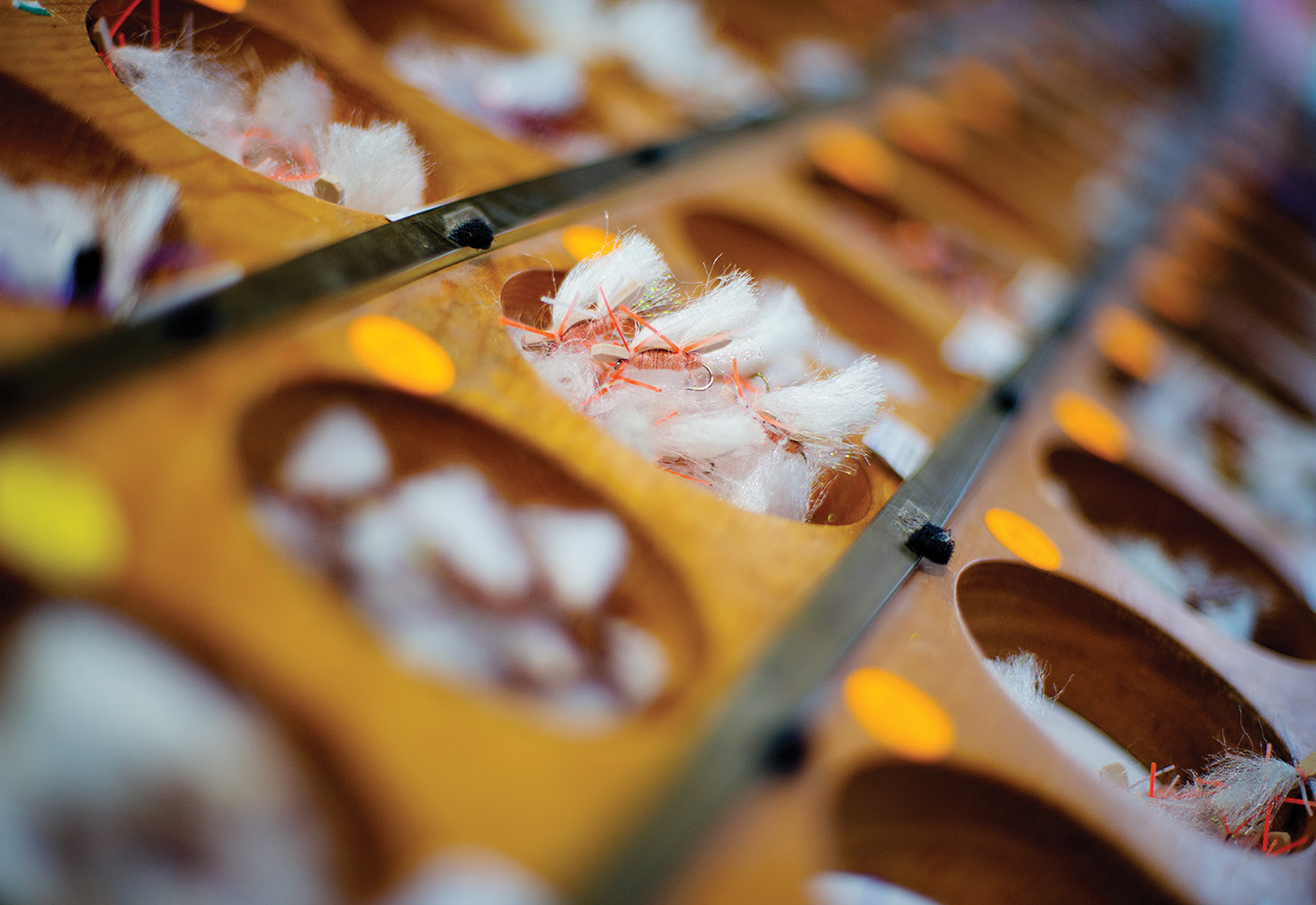 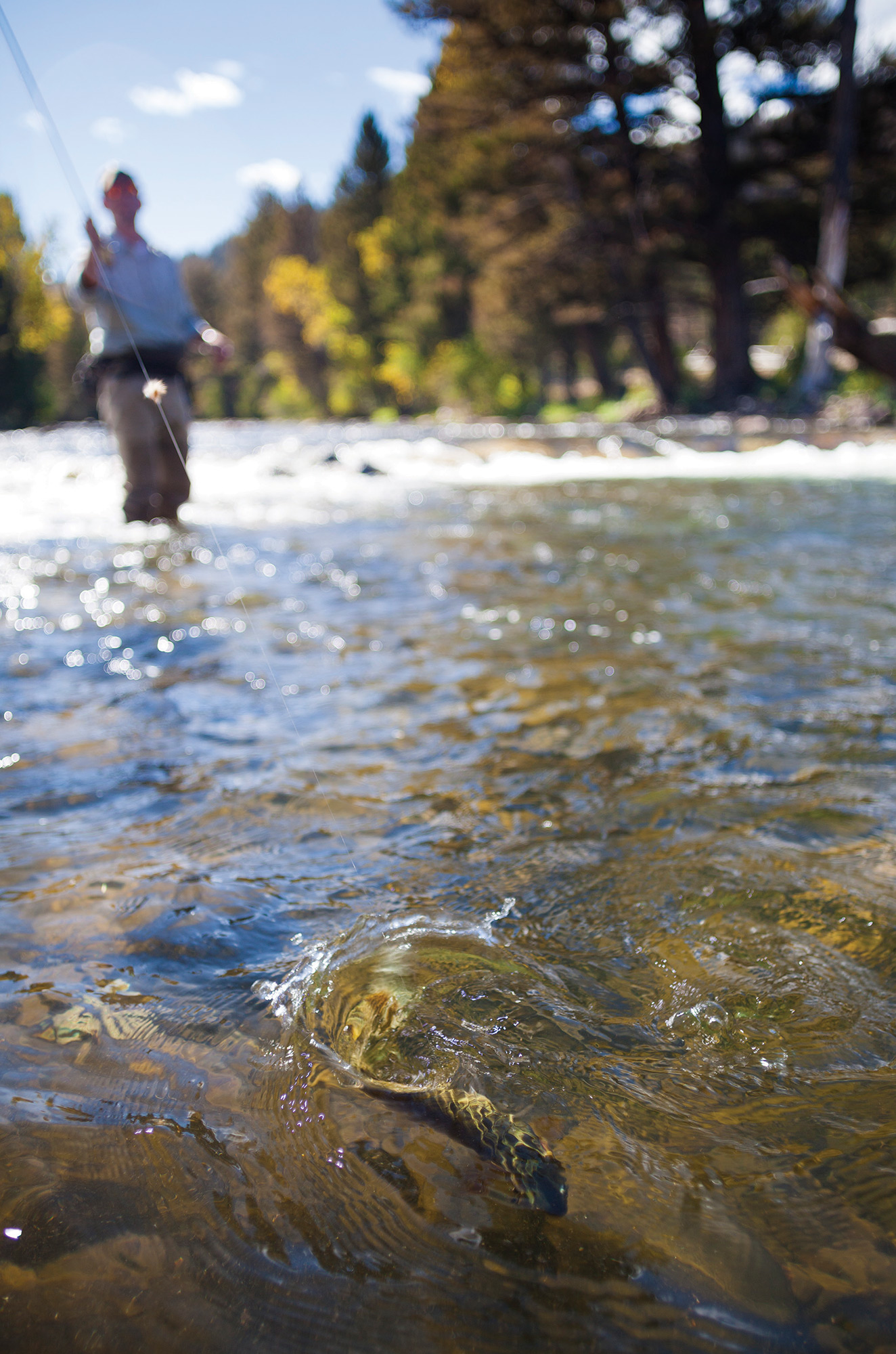 Montana’s famed blue-ribbon fishery, Rock Creek, saw a shift in the timing of its hatches. Photo by Michael Chilcoat 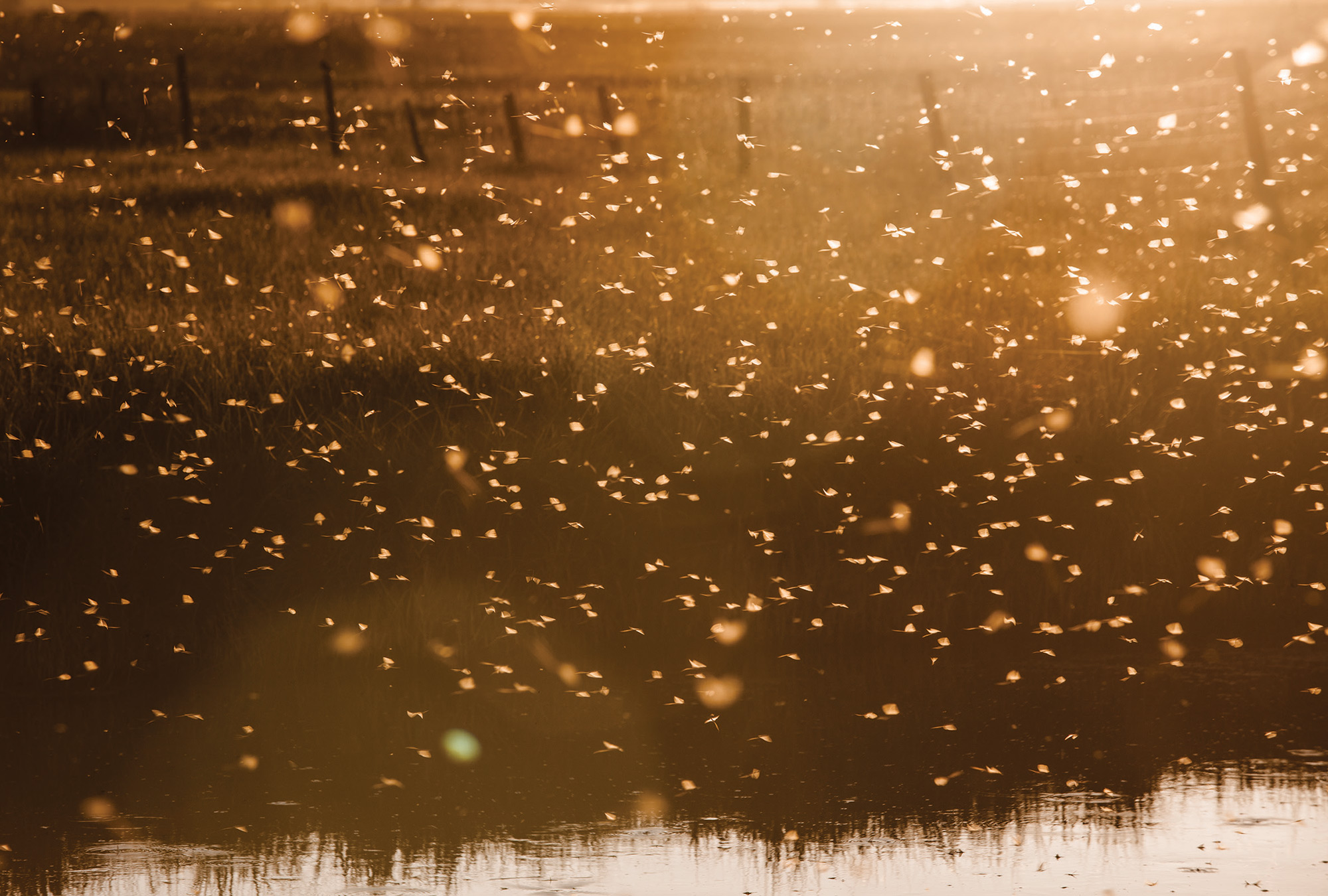 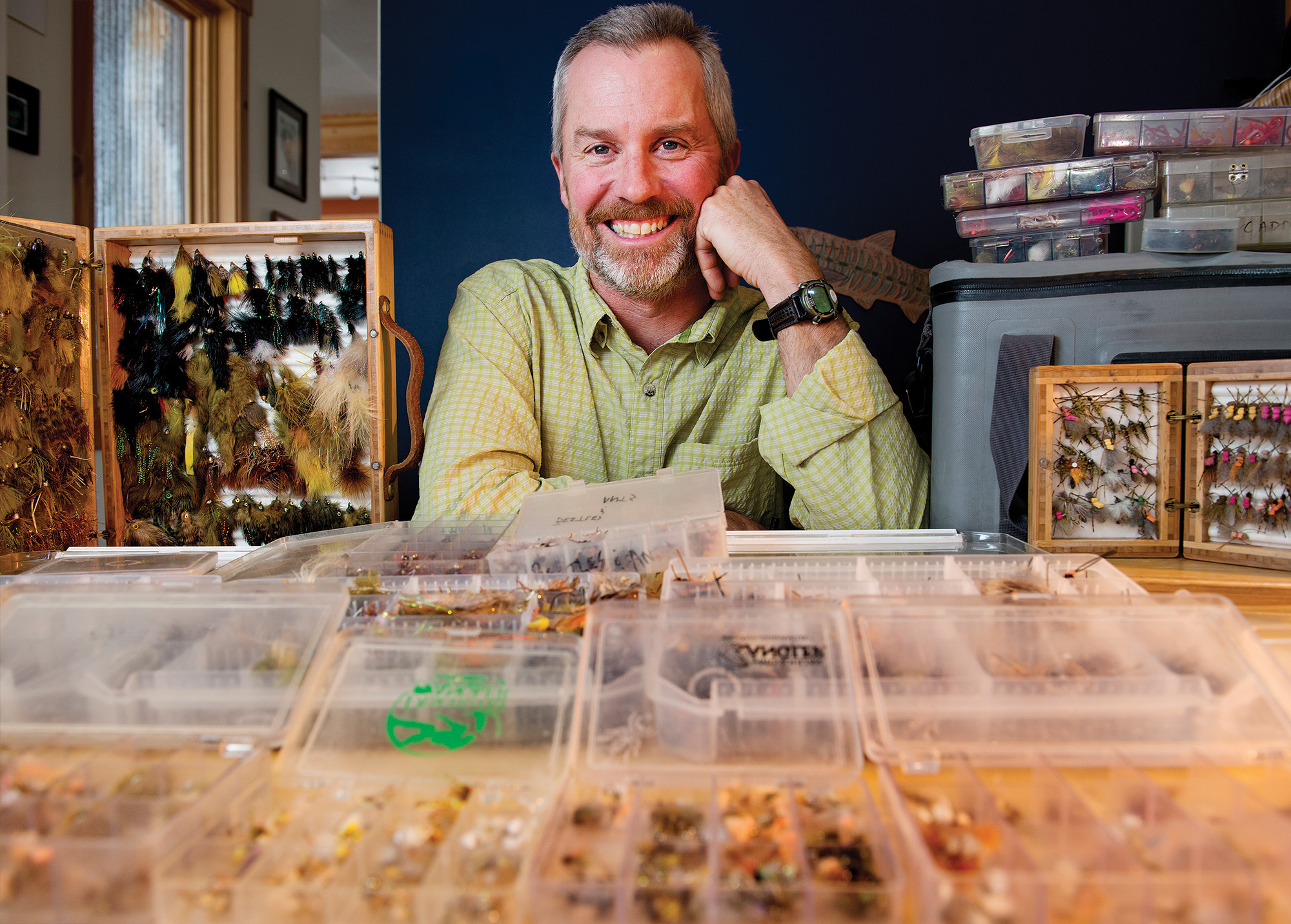 When fly-fishing guide Tom Jenni thinks about climate change, he thinks about the effects of those changes on bugs, because his business depends on them. “I plan my season around hatches, I plan my boxes around those hatches,” said Jenni as he pulled out box after box of flies organized by type and season. Photo by Jeremy Lurgio 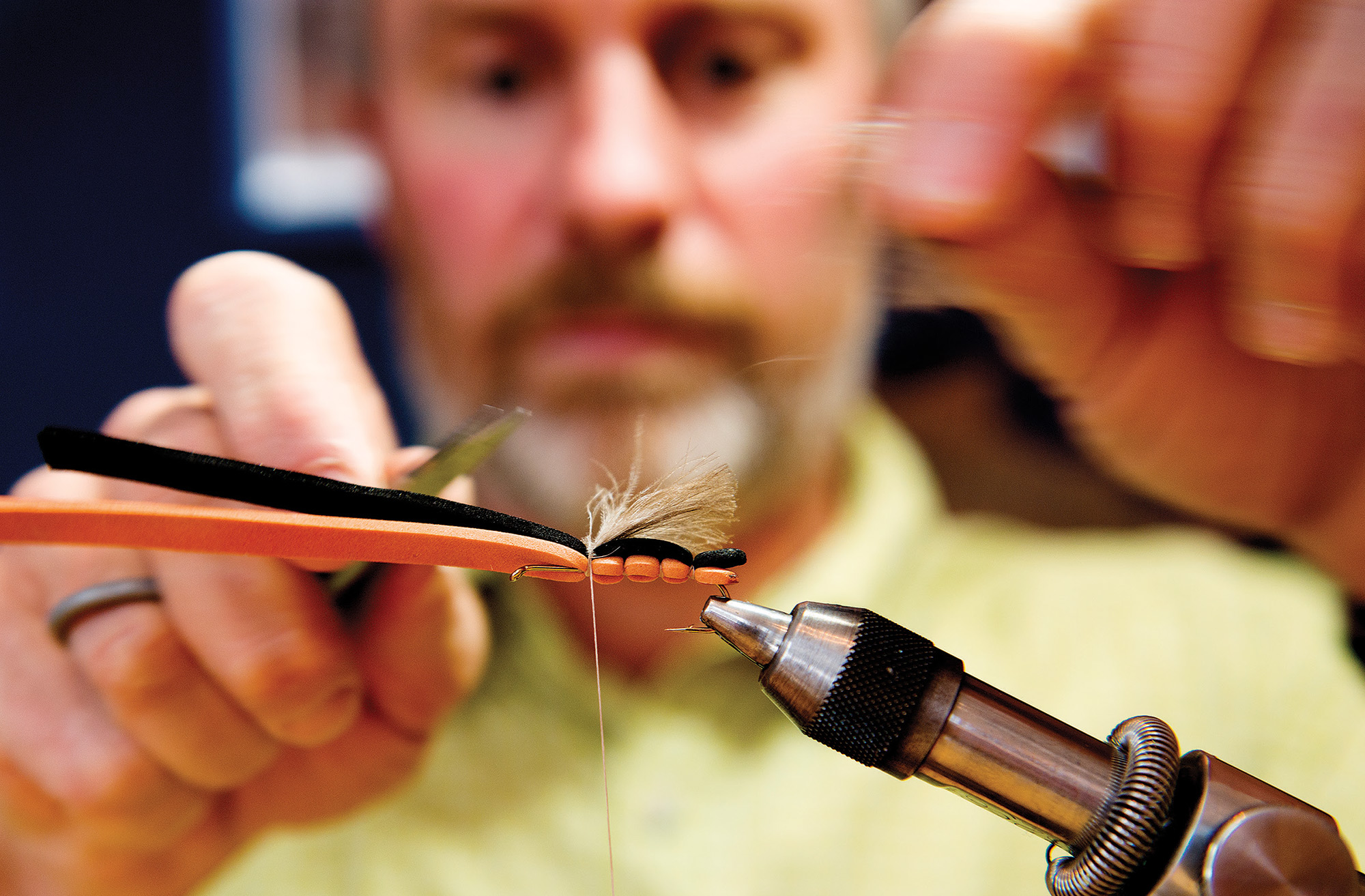 Fly-fishing guide Tom Jenni ties a salmon fly pattern at his home office in Missoula, Mont. Jenni, owner of Tom Jenni’s Reel Montana guide service, has fished most of his life and has guided for the last 17 years. Jenni said last year was the earliest he has fished salmon flies on rivers near Missoula. Photo by Jeremy Lurgio 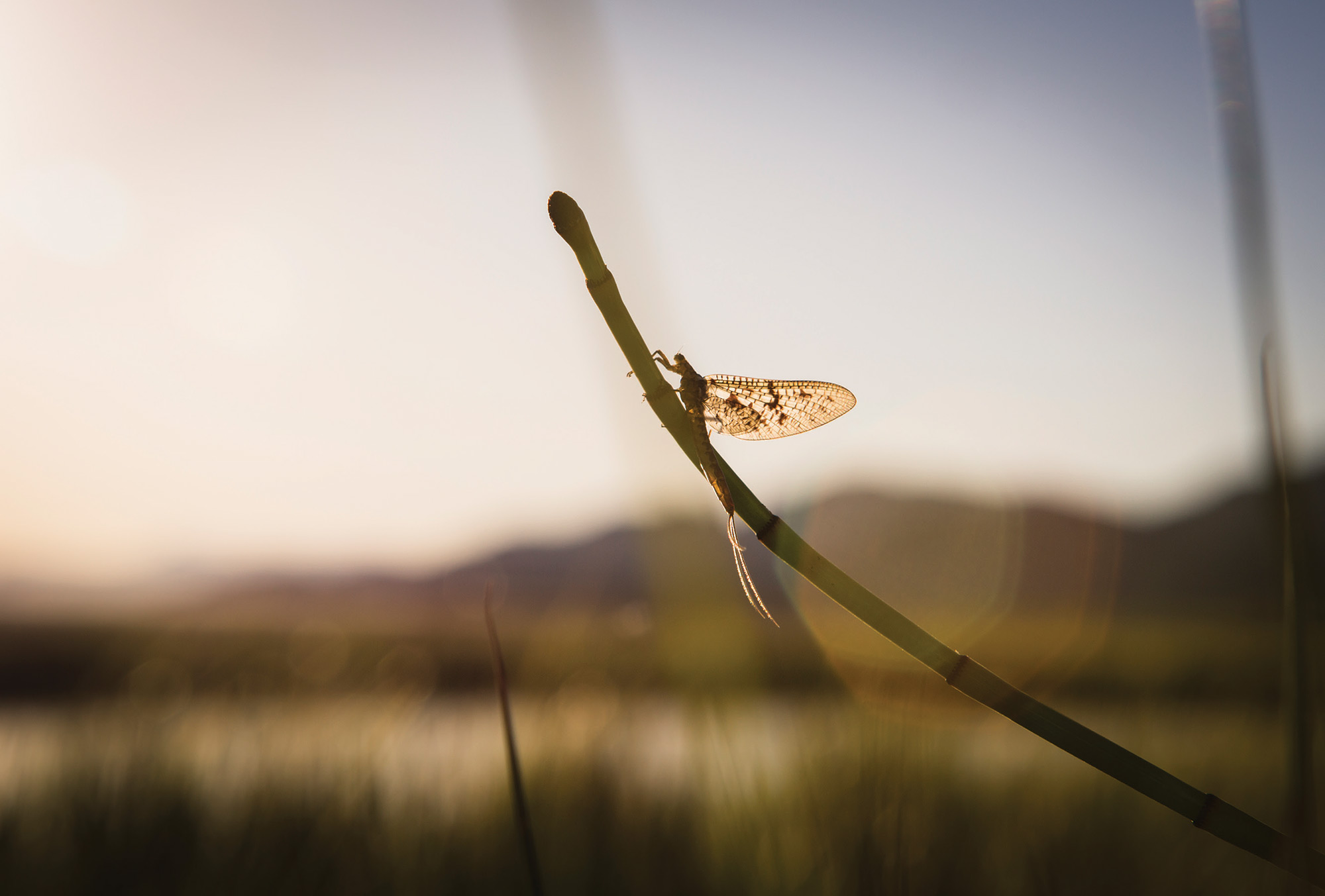 A lone brown drake pristinely perches on the bank of Silver Creek in Idaho. Photo by Ray J. Gadd

On the waters around Missoula in 2015, salmon flies hatched two to three weeks earlier than expected. Photo by Ben Pierce