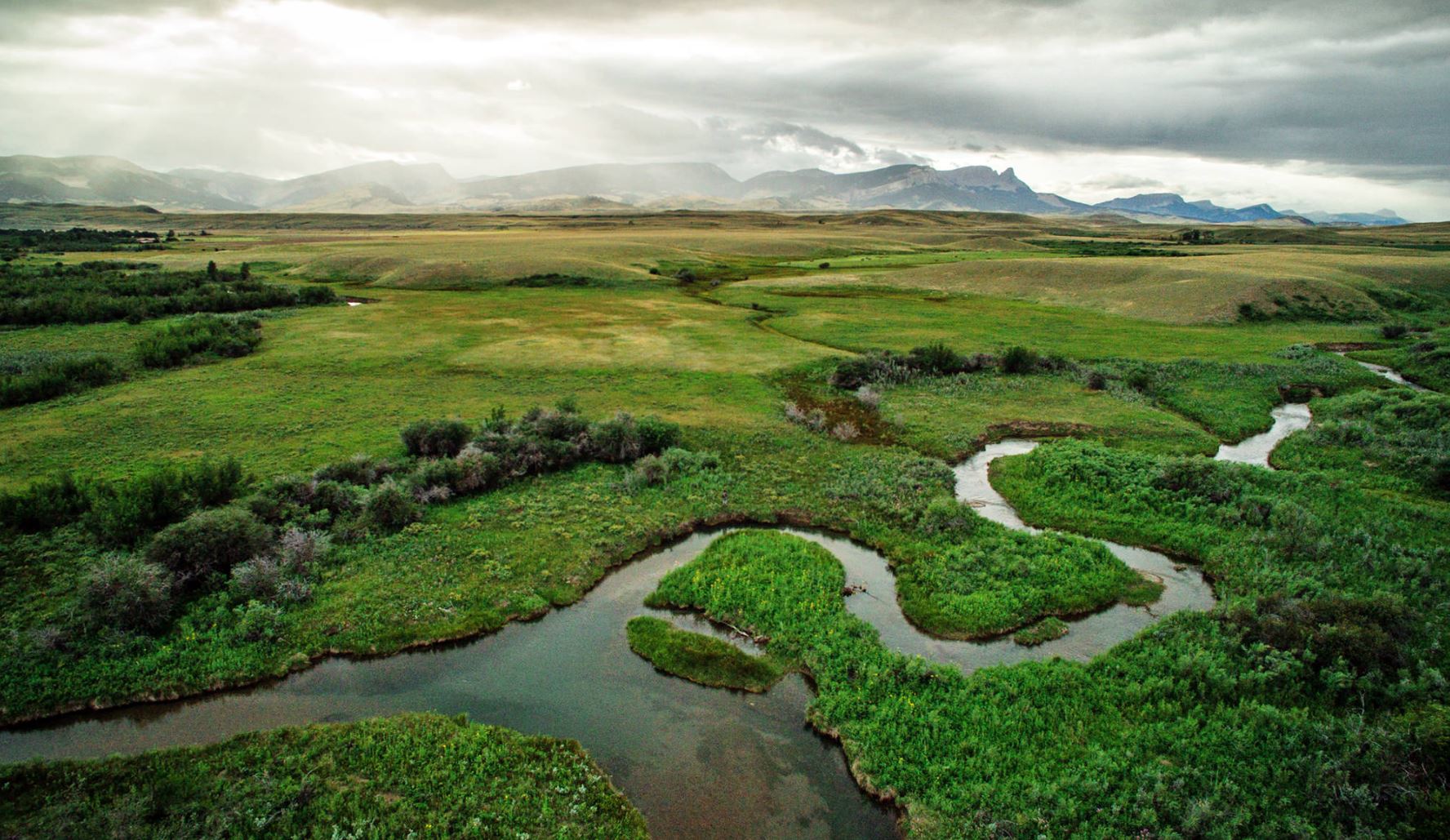 27 Jul The LF Ranch: The Crown of the Continent

When rancher J.B. Long pieced together several parcels of land in Central Montana in the early 1900s, land that included a limestone butte referenced in Captain Meriwether Lewis’ journal on his way through 100 years prior, it’s not hard to imagine the untouched landscape he looked out over admiringly. That’s because his creation, the LF Ranch, still looks very much the same today: untouched, pristine. With close to 7.5 miles of forest boundary, buttes and jutting peaks, lush meadows and grasslands, nearly 38 miles of private fishing water on five creeks, and virtually every species of Rocky Mountain wildlife — grizzly and black bears, wolves, elk, moose, deer, upland game birds — it’s not a far stretch to compare it to the likes of Glacier National Park to the north. 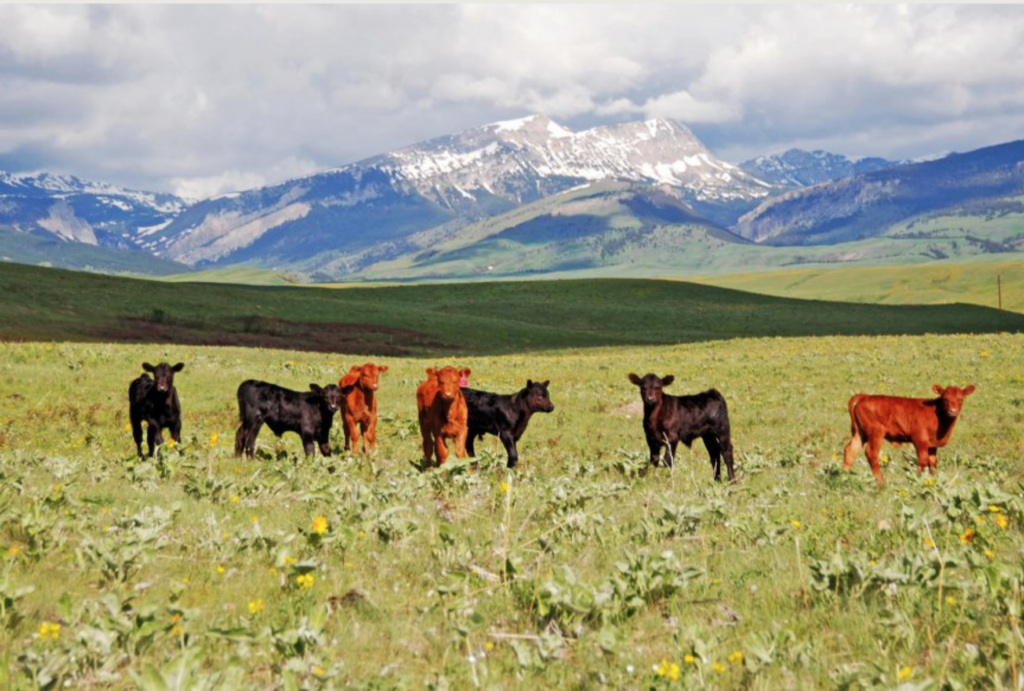 While acquiring land, Long also managed to build his livestock enterprise into one of the biggest in Montana at the time, with upwards of 175,000 sheep grazing during its heyday. His ranch manager was none other than the legendary Ballie Buck, a Native American cowboy who was instrumental in the start of the Calgary Stampede, and who’s carved name still adorns the barn door to this day. It’s also been said that artist Charlie Russell was a frequent visitor, often fishing the surrounding creeks, and there’s no doubt that the landscape surrounding the LF Ranch served as inspiration for some of his paintings.

Passed down to Long’s son-in-law in the 1930s, then later to his grandson, the ranch grew to incorporate a successful cattle operation that still exists today. Purchased by the Pierce family in 1989, just the second owners outside of the Longs, another five surrounding ranches were acquired, creating the 42,215-acre LF Ranch of today. 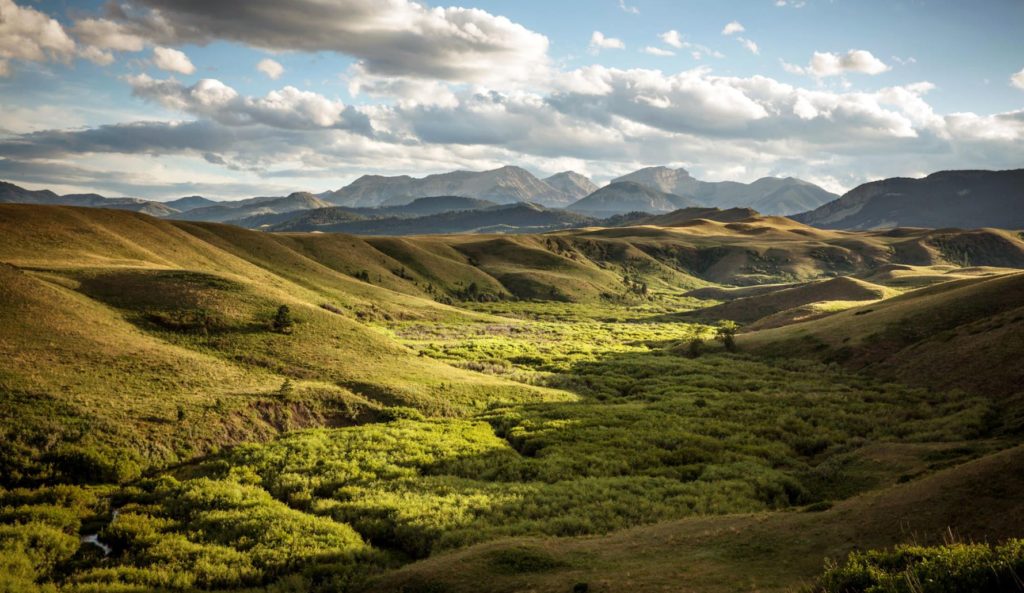 Located on the outskirts of the small community of Augusta, Montana, population hovering around 350, the LF Ranch sits in a unique area known as the Rocky Mountain Front, an ecosystem in which the eastern slopes of the Rocky Mountains meet the plains. The Bureau of Land Management described this landscape as “a nationally significant area because of its high wildlife, recreation, and scenic values,” and numerous conservation organizations and individuals consider the area conservation-worthy due to the fact that it still remains somewhat untouched and intact, with a thriving wildlife population. In fact, it’s one of two remaining intact ecosystems in the lower 48.

At the heart of the ranch sits Haystack Butte, referred to in Captain Meriwether Lewis’ journal as “Shishequaw.” Lewis noted the “extensive, beautiful and level bottom” of the prairie surrounding the area. Crown Mountain, one of the most significant peaks within the Crown of the Continent serves as a backdrop of the ranch with the wide-open prairies that extend into the mountains and border national forest land and wilderness areas, creating a pristine park-like setting. 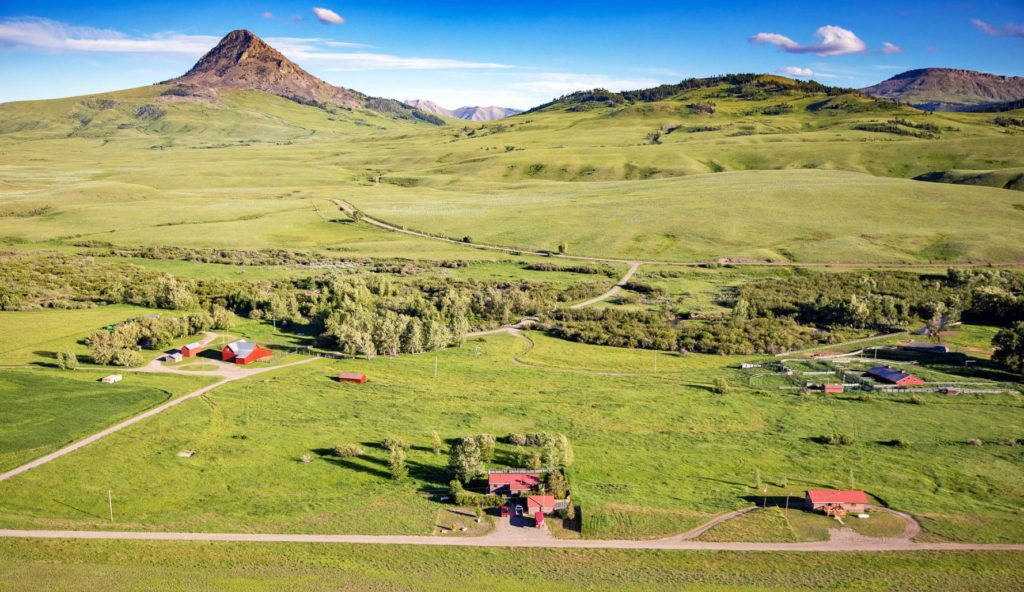 The LF Ranch has recently come on the market, as the Pierce family seeks a conservation-minded buyer to continue the legacy that the Long family started and to enjoy the recreation that abounds, the fishing, the hunting, the wildlife viewing, the options for outdoor recreation being limitless. Under the Pierce family’s ownership, the LF Ranch currently runs approximately 1,300 head of cattle and produces about 700 tons of hay annually, in what’s been described as a turn-key operation. 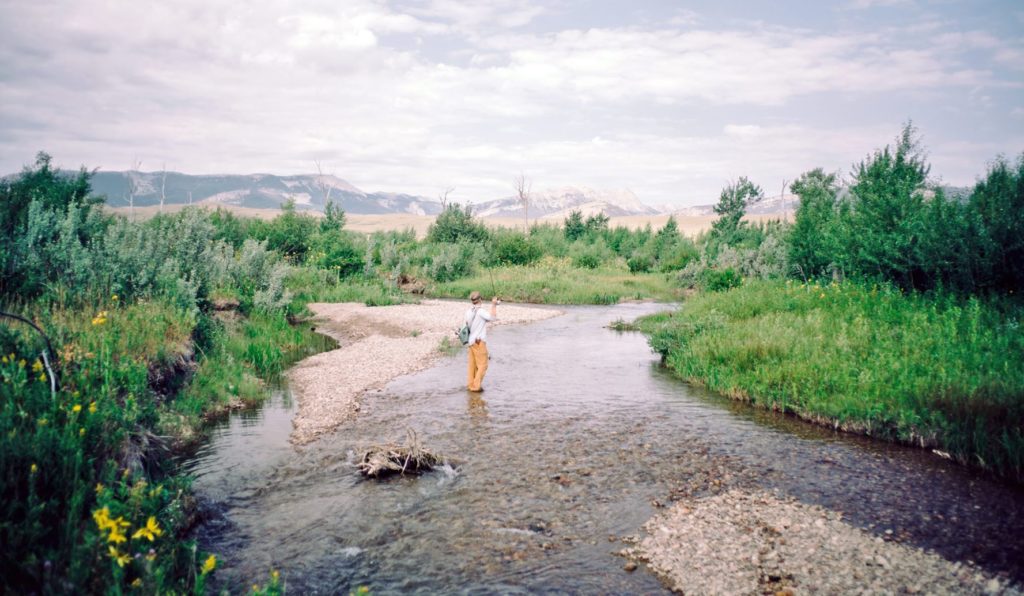 A modest owner’s cabin sits in a small compound that also includes employee housing, a barn, and functional working cattle facilities. The potential for a new owner to build a ranch home where friends and family can gather for generations to come is immense. Along with that, there’s also great potential to put a conservation easement in place to preserve the “crown of the continent” into perpetuity. With no conservation easement currently in place, the tax benefits of creating one would be significant.

Mike Swan, owner of Swan Land Company based in Bozeman, Montana, explains that it’s a one-of-a-kind ranch that requires a one-of-a-kind buyer. “The LF Ranch is a legacy ranch in the truest sense — I envision that it will stay in the next owner’s family for generations,” Swan explains. “The profile of its next owner will be a high net-worth individual who is conservation minded and appreciates the ruggedness and sheer beauty of The Front and what it has to offer. We anticipate them to have the objective to protect a large tract of land in one of the most critical ecosystems in the Rocky Mountains.” 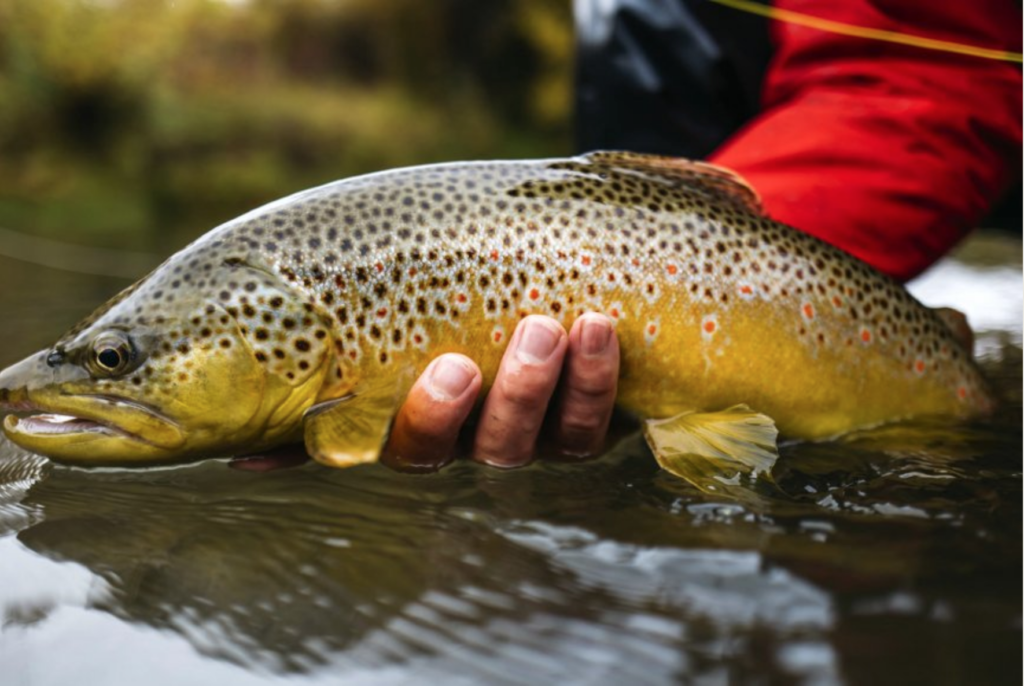 He emphasizes that this ranch and its remote location just isn’t for everybody. “People are blown away by the magnitude and beauty of the ranch, but it has to be a fit for them, it’s not for everybody,” he says. “It’s fairly remote; Augusta is an attractive, rural Montana town, but has limited services, it’s not a half hour outside of Great Falls or Bozeman. But once you’re there, you never want to leave.” 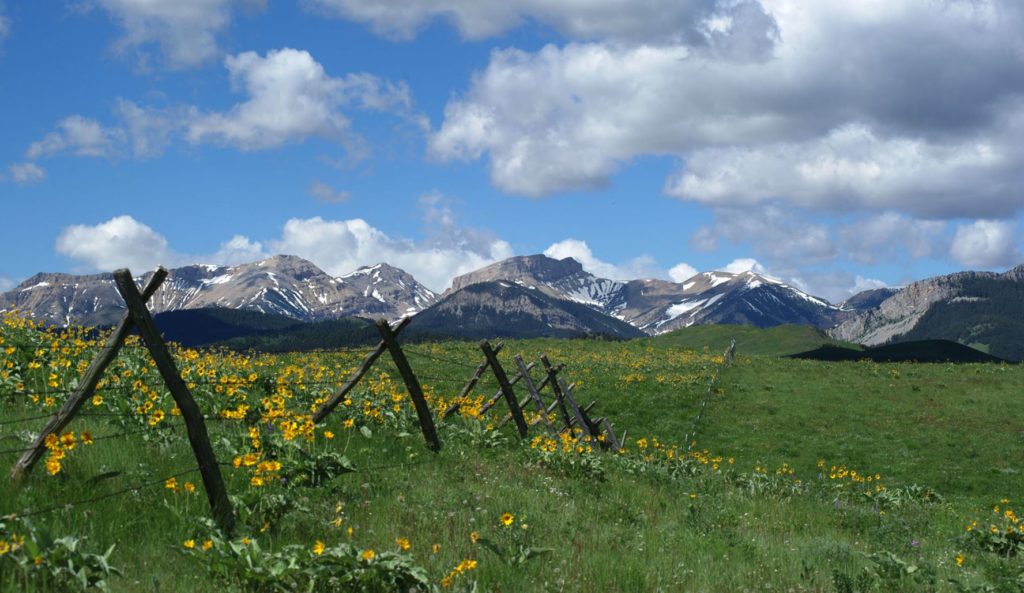 But for that right person, the right family, there’s no doubt that they will be as proud of the land that exists within the LF Ranch as the Longs were in the early 1900s. Looking out at Haystack Butte, watching the cattle in the distance, fishing the creeks, it’s almost as if nothing much has changed. “You don’t find such large tracts totally untouched, especially in such an environmentally sensitive area,” Swan says. “It’s a national park feel like none other I have experienced in my career.”

For more information about and views of the LF Ranch, click here.