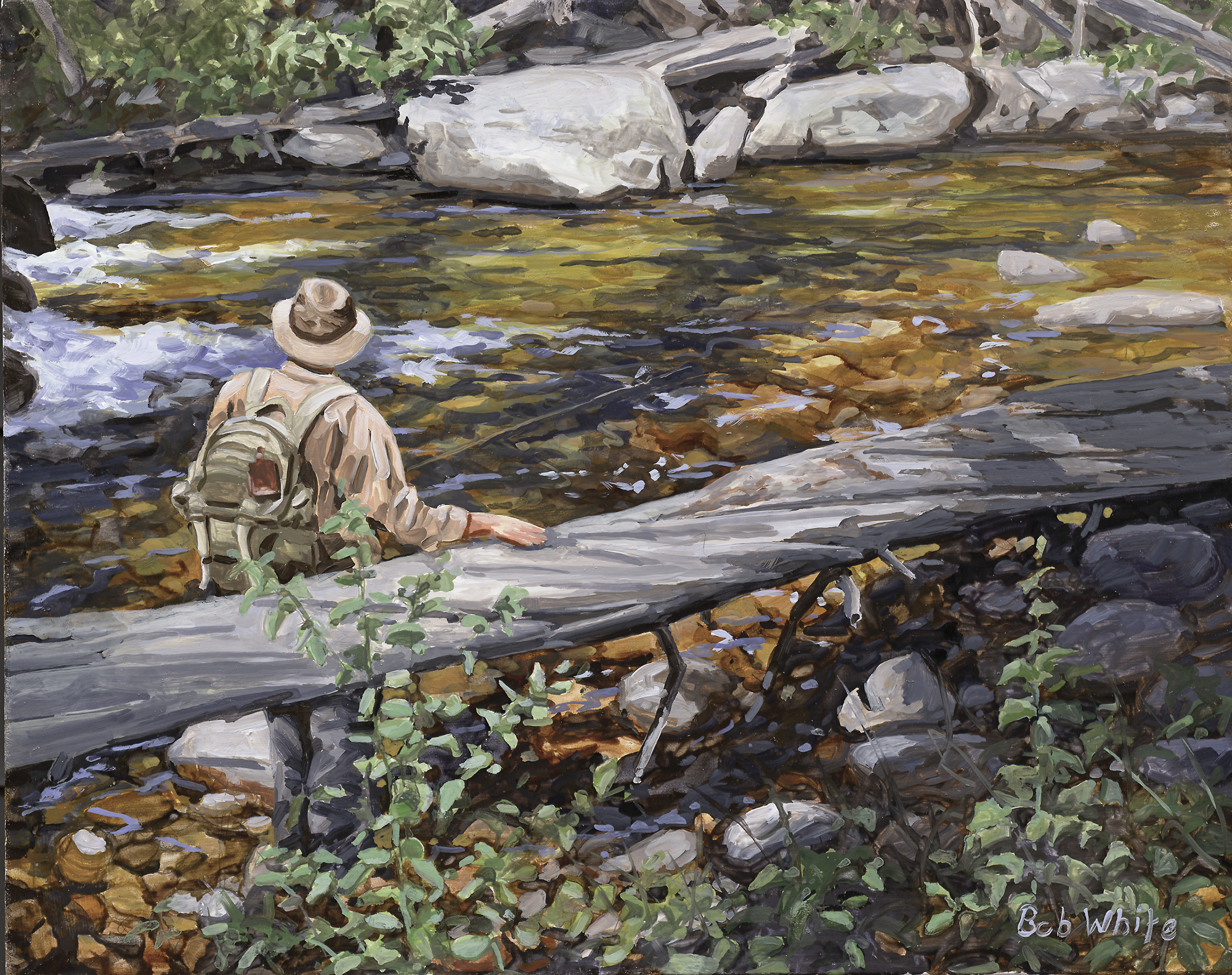 WHEN WE PULLED INTO Jackson, Wyoming, there was the sense that we’d been “everywhere at once while going nowhere in particular,” as Adam Gopnik once said of the way poets operate. We’d been following a meandering course north from Colorado, stopping here and there to fish small, undistinguished trout streams a few drainages away from the main tourist route. Many of these creeks were in places that are a testament to the effects of wind and grit on the landscape as well as the inhabitants, who tend toward the hard-bitten, laconic side. Anyone who thinks that New York and L.A. set the tone for the rest of the country via television has never been to rural Wyoming.

We’d also been car camping long enough that it was time for a “town day,” that is, showers, laundry, a restaurant meal and a bed with sheets — but not TV or newspapers. By definition, all fishing trips eventually end, which means you’ll be checking back in with the shit storm soon enough.

I’ve lived in the relative fly fisherman’s paradise of northern Colorado for almost 40 years now and for much of that time I’ve also carried a nonresident season fishing license for Wyoming. To the obvious question, “Is the fishing really better in Wyoming?” the answer is, “No, but it’s in Wyoming.” For my generation this impulse dates to the mid-teenage years when all we wanted from life was to be somewhere else. It didn’t really matter where, we just needed to be strangers so we could begin to reinvent ourselves away from the prying eyes of those who had known us since we were babies. None of us could have guessed we’d still be at it in our 60s, albeit a little less frantically.

One reason for fishing small, obscure creeks was to look for cutthroat trout that like cold, clean, highly oxygenated headwaters and that will eat a size 14 dry fly the way a kitten pounces on a shoe lace. Another was to avoid crowds and, by implication, the big fly-fishing Meccas where the trout have been reduced to near hysteria by the sight of hundreds of flies a day. This is still easy enough to do throughout most of the Rocky Mountains as long as you can get honestly excited about a footlong wild trout and downright ecstatic over a 14-incher.

As usual, we’d been avoiding official campgrounds — except to stop and fill our water jugs at the communal spigot — because at the height of vacation season they remind us of middle-class concentration camps. We’d also been keeping our roadside camps simple because we were moving often and were eating the kind of careless meals men cook for themselves while they’re fishing. Once the woman I’ve lived with for 15 years looked askance at the provisions I was packing for a trip. I said, “I know, but I only eat like this when I’m fishing.” She said, “Yeah, but you fish all the time.”

In Jackson we checked into one of the fanciest resort hotels in town. Our friend, Doug, works for a company that makes skiing movies and can sometimes get us into places like this for less than the cost of a Motel 6. There was some culture shock on both sides. It doesn’t take many days of camping to make you unaccustomed to things like ceilings and walls, never mind vaulted ceilings and walls covered with original art. And although everyone was perfectly pleasant, we were a little ripe from the road and there was the unasked question, Who are these guys? They could be fishing guides, but guides meet their clients in the lobby, they don’t ride up in the elevators with luggage.