WHEN ARTIST JACK UNRUH passed away in May of 2016 at the age of 80, he had been working on his coffee-table book, FISH & Other Stories as My Pen Remembers Them. His widow, Judy Whalen, said, “To the day before he died, he was editing this book, and helping the designer fit and place and make things work.” An avid outdoorsman, a fisherman, a bird hunter, it was Unruh’s habit to take a sketch journal along on his many sporting trips. It had largely been for his own benefit, but sometime in the last four or five years, according to the book’s publisher, Jerry Herring of Herring Press, “His friends talked him into publishing that journal.”
Unruh was an inveterate and highly regarded artist and illustrator. His magazine work is up there with the very best, and has appeared in — with no exaggeration — pretty much every major publication in America, including Time, National Geographic, Field and Stream, etc. etc. He illustrated a regular column for Texas Monthly, and was a member of the New York Society of Illustrators Hall of Fame. Recognizable at a glance, his pieces favored a heavier line and bright, contrasting colors; he liked to use large portions of white space and let them gradually give way to color. He had a knack for maneuvering the viewer’s eye, pushing and pulling it toward those places on the page where he wanted you to linger: a grin, a glower, a fish, a bird.

Unruh began keeping his journal during an early trip to Chile. And while he would bring his journals with him on assignments, bird hunting excursions, and personal vacations, when it came time to design and organize FISH & Other Stories, they decided to focus primarily on fishing. As Whalen said, “It starts out with Chile, but Alaska is represented as well, then there’s Wyoming, Colorado, New Mexico, Montana.” In the Northern Rockies, Unruh and Whalen would go to, among other places, the Beaverhead, Rock Creek, and creeks and rivers within Yellowstone National Park. “Jack, from a little boy, just drew and drew and drew. We all start out drawing, but most of us stop. Some of us go further. Jack went further. And he became a storyteller from the get-go,” she said.
Publishing a four-color coffee table book of this type is an expensive proposition. In order to finance it, Herring and designer Jack Summerford, among others, put together a loose collaboration of like-minded supporters called the Friends of Unruh. These 50 individuals each agreed to buy a first edition for $1,250 per copy. This created the seed money. “Within two or three weeks, we were sold out of those 50 copies,” Herring said. Having been thus funded, the book’s subsequent proceeds all now go to a scholarship in Unruh’s name at his alma mater, Washington University in St. Louis, Missouri. Herring and Summerford are both working pro bono.

“I spoke at his memorial in Dallas,” Herring said, “and there were 600 people in attendance. It was 104 degrees outside. I guarantee those people were there because Jack was just this incredible spirit and human being. Anybody that met him felt like they were lifelong friends.”

Like most all published journals, part of the appeal of FISH & Other Stories is the way it provides a glimpse behind the curtain, a glance at Unruh’s very personal preoccupations. And when the art is this good, when the man who made the art is so well respected … that glimpse feels like a privilege indeed. Unruh left behind a void when he passed, but he left something else behind as well: a lifetime’s worth of highly regarded work, and this final glance behind the curtain.

FISH & Other Stories as My Pen Remembers Them
$75 | 11” x 14”
Available for order at www.herringpress.com

Montana guide Jeremy Garrett rowed Unruh and a friend down the Beaverhead River. 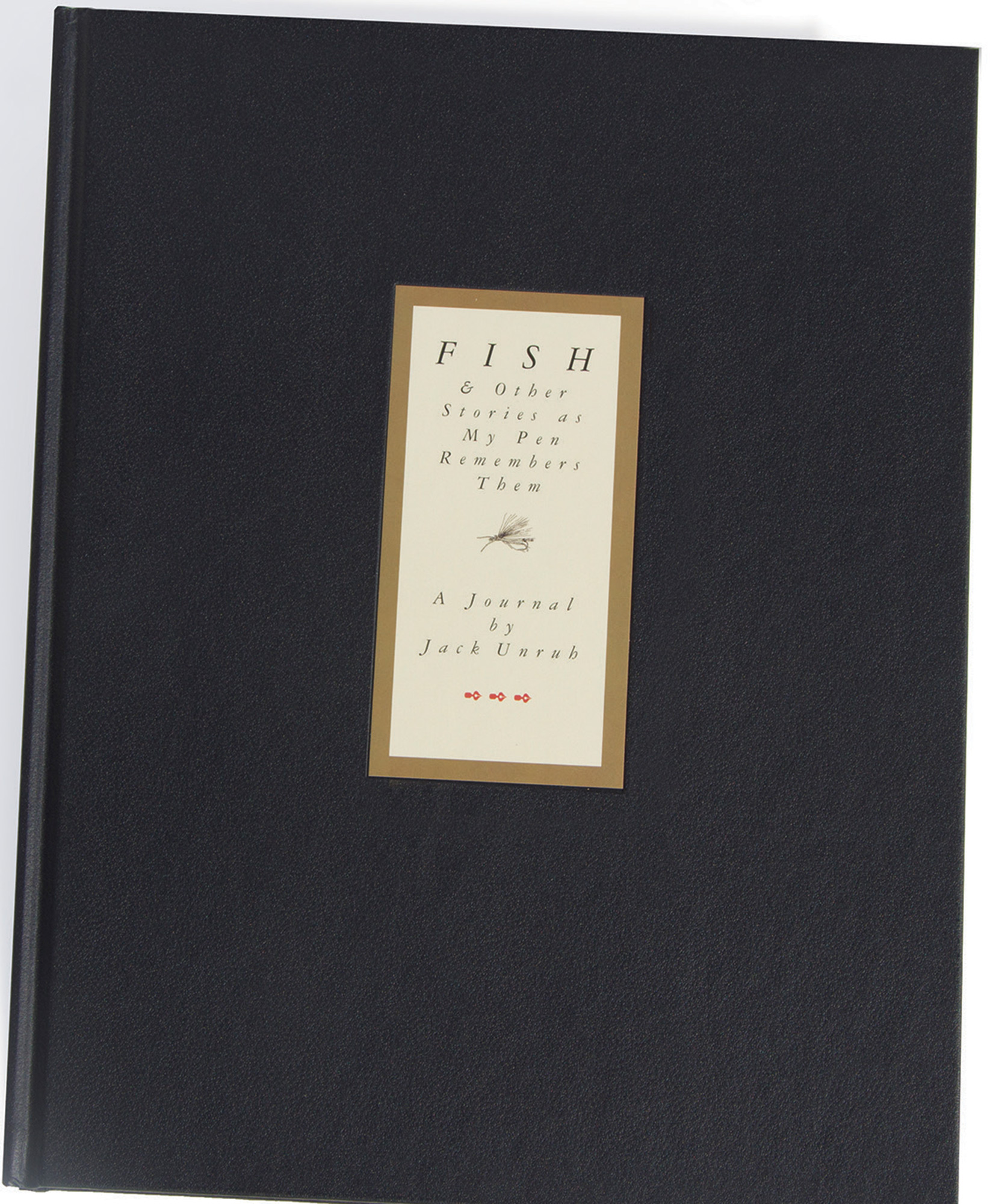 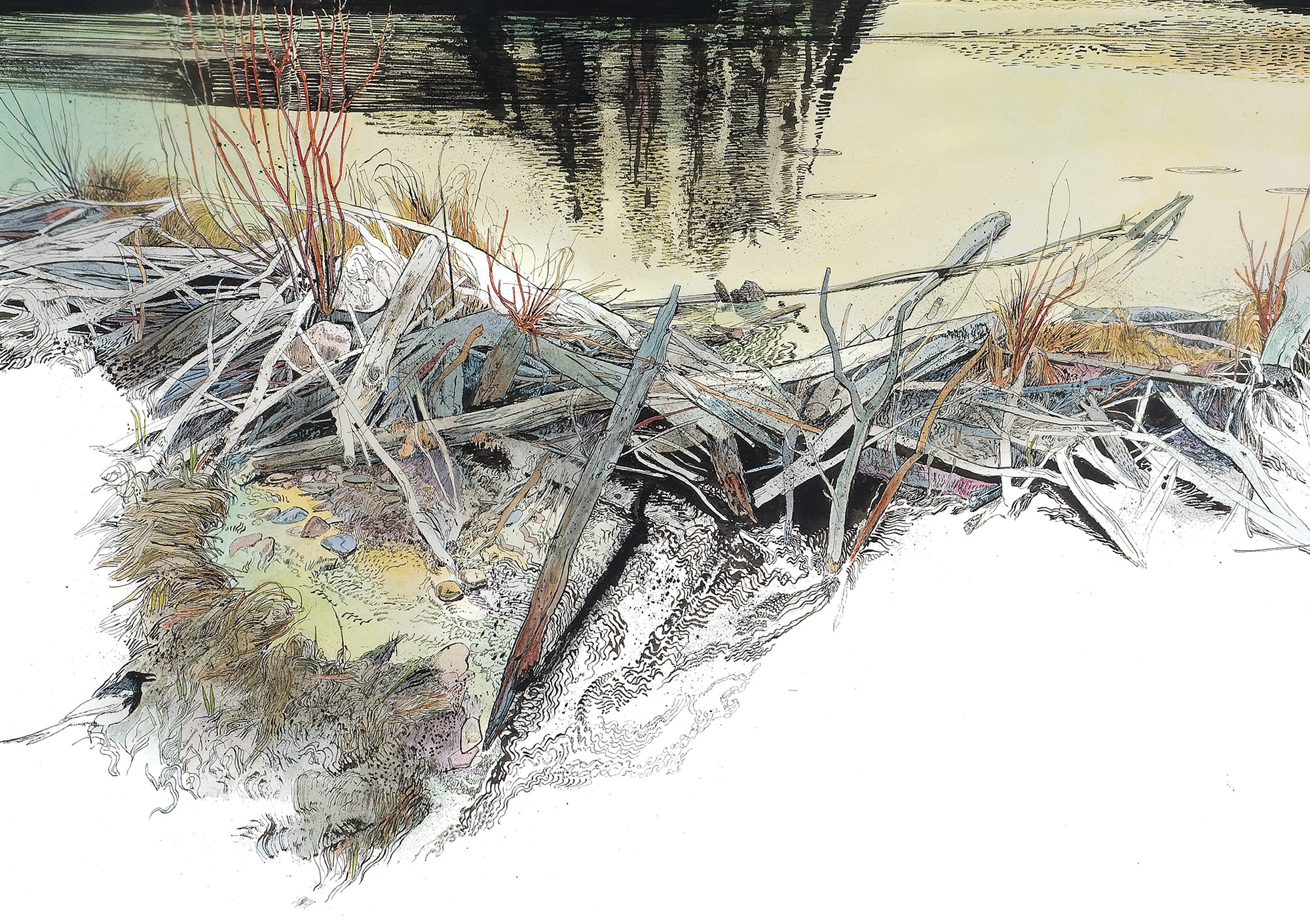 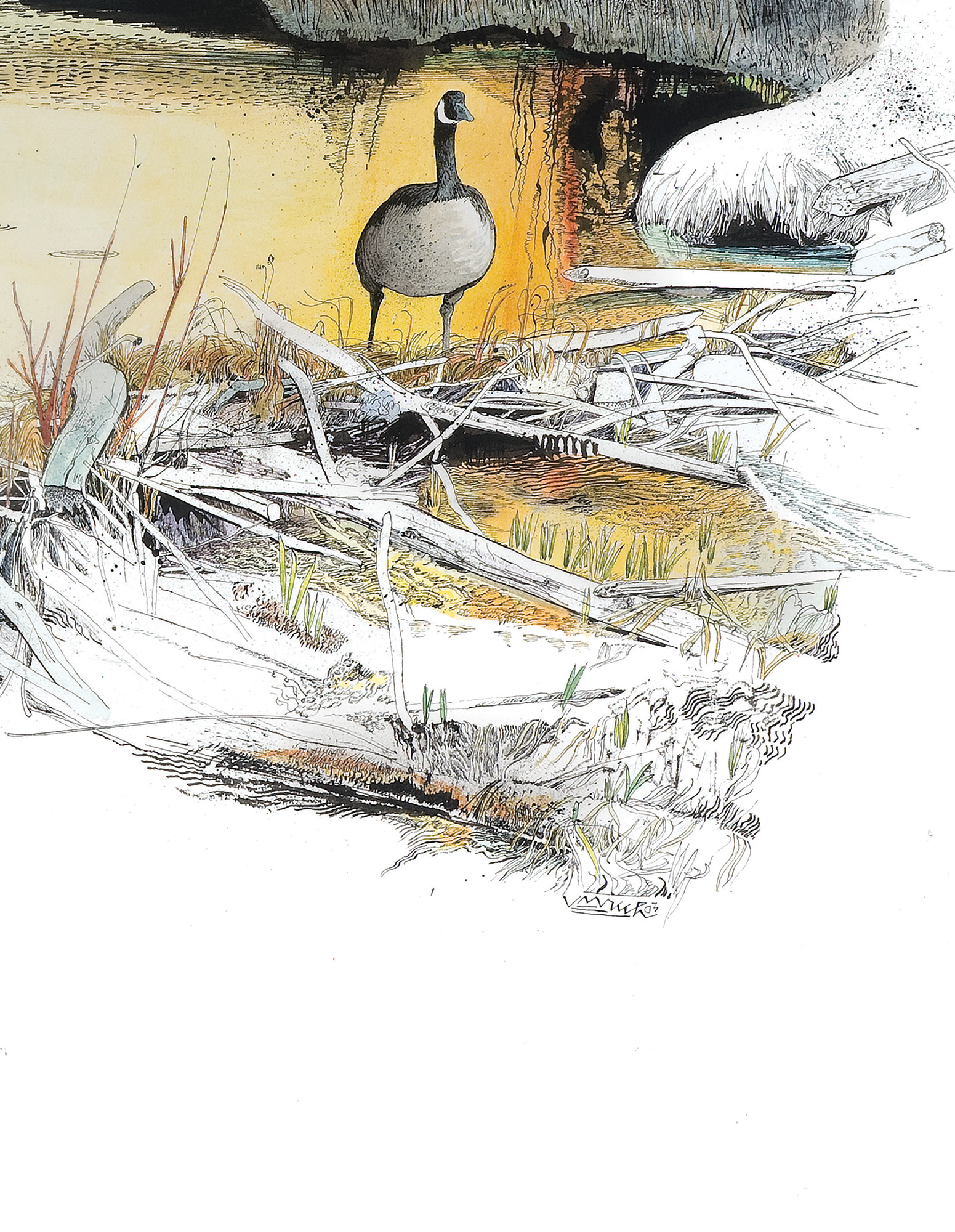 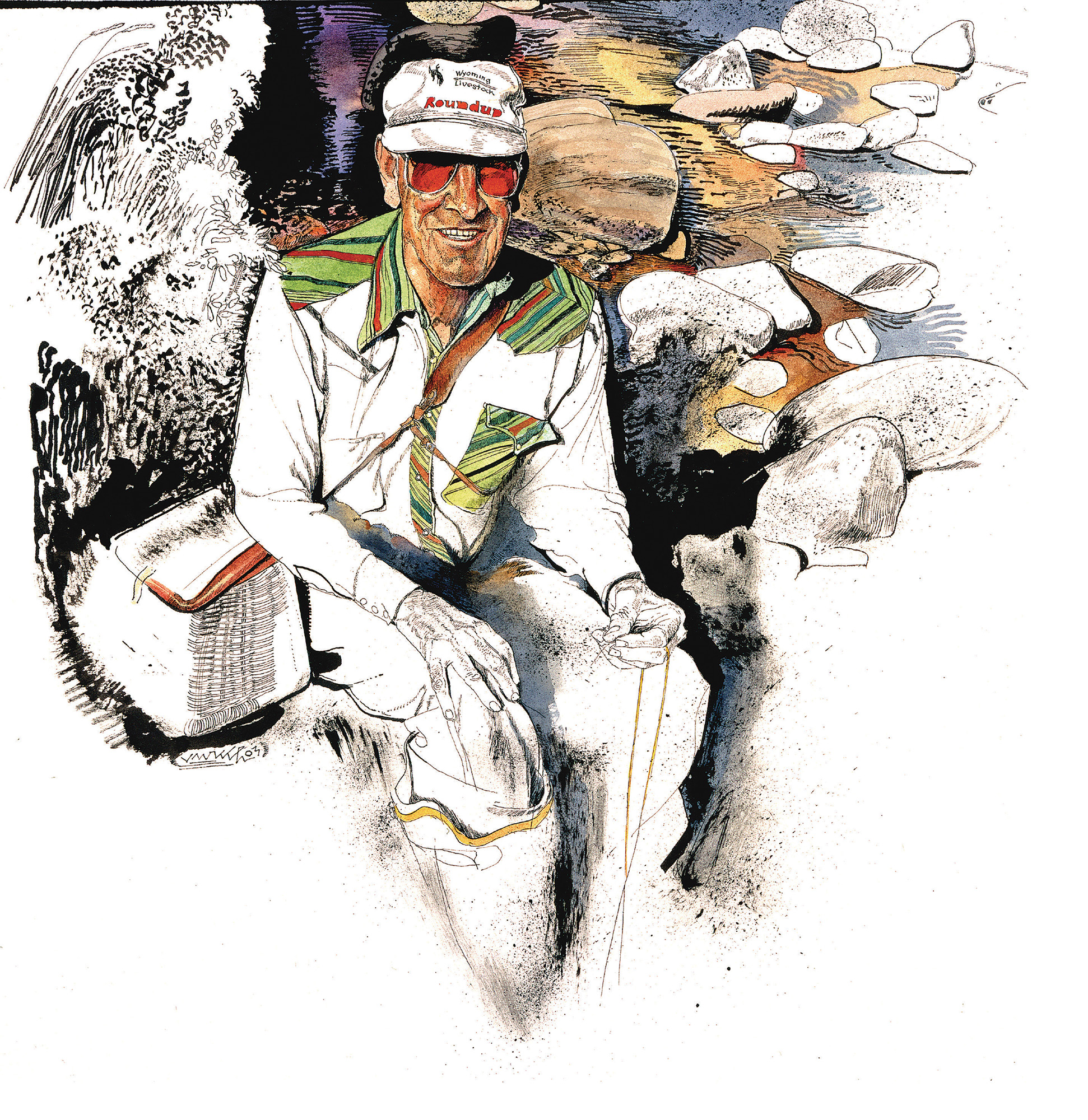 A fishing companion in Wyoming. Unruh wrote in his journal, “After dinner Papa Elk blew his trumpet 20 ft from our cabin door — We met all our neighbors.”