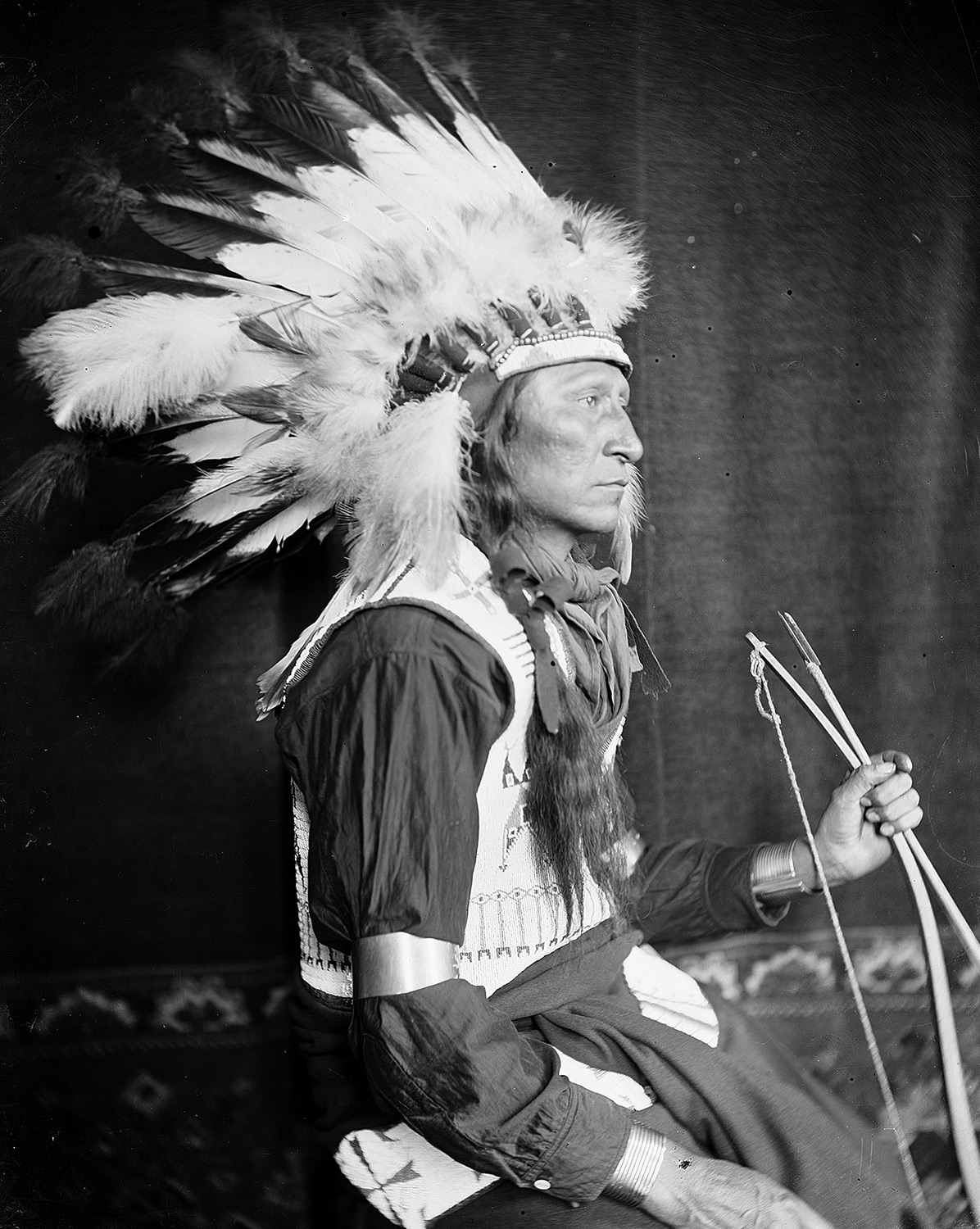 In the heart of the 19th century, one of America’s first great showmen, P. T. Barnum, exploited the American appetite for freaks and hoaxes. Indeed, it’s possible to read Barnum’s work as an ignominious bookend to our current age, a time wherein everything (including politics) seems to be about showmanship over substance. In between, however — from the last quarter of the 19th century through the first decade of the 20th century — rests the immense and perplexing phenomenon of “Buffalo Bill’s Wild West,” the theatrical simulation of westward expansion and manifest destiny that was replete with real Indians and live buffalo. 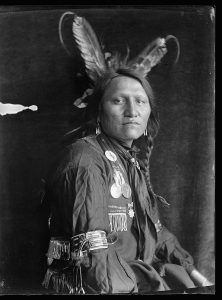 Nearly a century before academics and postmodernists like Jean Baudrillard exposed the American cultural landscape as a “desert of the real,” Buffalo Bill and his show revealed that the simulation of reality could be made more familiar and “real” than actual life and history. One could argue, for example, that Buffalo Bill’s extravagant reenactments of the Battle of the Little Big Horn specifically — and the winning of the West more generally — contributed more to the popular imagination than did the events themselves, effectively canonizing the myths of the West as gospel truths, giving force to Marshall McLuhan’s dictum that “the medium is the message.” Many of the contradictory notions about the West that endure to the exasperation of historians are the legacy of Buffalo Bill and his Wild West show — the “show” part, incidentally, was not part of the original billing; it was simply “Buffalo Bill’s Wild West” — the caricatures and stereotypes of Plains Indians being the most salient example.

Interesting things can happen when a particularly savvy entrepreneur taps into the American psyche, and Buffalo Bill was a born showman with keen intuition for what the public would buy. In fact, Buffalo Bill understood that what Americans craved more than anything else was the narrative of themselves, of their pioneer spirit, and of their inevitable ascendancy on the world stage after taming a wilderness. Long before “Make America Great Again” was embroidered on baseball hats made in China, Buffalo Bill Cody gave Americans their own Aeneid in the form of a show whose gargantuan production matched Americans’ sense of themselves. 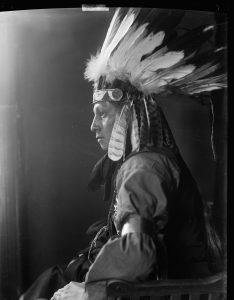 Buffalo Bill’s show lent itself especially well to the requirements of the media: Such a spectacular show generated copy that practically wrote itself, and the trappings of the production were ready-made icons of a country that was about to be obsessed with a past it had systematically destroyed. The two images most associated with the West — the Plains Indian and the American bison — both were key features of the show, and Cody is probably more responsible than any other single figure for ensuring that they would become permanent symbols of what he frequently hailed as “the Old West.”

Among the most interesting chroniclers of Buffalo Bill’s unprecedented show was the New York photographer Gertrude Käsebier, who made portraits of Native American “show Indians.” One could argue that the most distinguishing feature of the American aesthetic is the almost kitschy commemoration of a vanishing landscape, whether geographical or cultural. American culture, especially in regard to the West, largely is a romanticized nostalgia for a past that never really was, and we always have been prone to grow nearly religious legends from the mustard seeds of faith in our national purpose. Our museum displays often take the place of the real thing, collapsing verisimilitude into reality. Such was the aesthetic of “Buffalo Bill’s Wild West,” which depended on real Native Americans for full effect in reenacting Little Big Horn, for example. The summary result made an icon of the artifact, turning the thundering herds of plains buffalo into buffalo nickels, and turning actual Indians — displaced from their lands — into noble savages on parade for the delight of Easterners. The flowering of New England — of the nation — was fertilized on the bone ash of an ever-shrinking West. 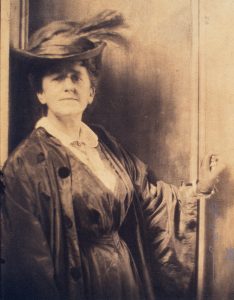 Käsebier, a well-heeled
Eastern aristocrat, forged
enduring friendships with
many of the Native Americans
employed by Buffalo Bill for
his Wild West reenactments.
Her photographs offer a striking
contrast to the trumpery
foisted on the “show Indians.” | Photo Courtesy of Library of Congress

Käsebier’s haunting photographs portray Dakota Sioux in elegant headdresses, posing somberly for the lens not in the Black Hills but in encampments in Brooklyn and New York City. Many of her portraits were staged in hotel rooms as her subjects awaited their next performance. One particularly compelling shot captures two young Sioux in a hotel window, one sketching, the other gazing out at the immense buildings of Manhattan.

Joe Black Fox, unlike the rest of Käsebier’s subjects, smiles for the camera, posing “dutifully,” as Michelle Delaney describes it, in feather headdress, but then more relaxed, with a cigarette held cowboy-fashion and a smile as cryptic as Mona Lisa’s.  Many Sioux, especially the younger members of the troupe, surely were aware of the irony of their situation.

Many of them were fluent in English after having been schooled at Carlisle and other Indian boarding schools, and were well acquainted with the mercantile side of the cultural theatre they had eagerly joined in order to escape the reservations. At the same time, they must have discerned in Käsebier a sympathetic spirit, since many of the Native Americans she photographed maintained years-long correspondences with her, often sending her original pictographic artwork, some of which they drew while passing the time between Wild West performances. Many of the tribal members employed by Buffalo Bill had grown up watching their native culture being erased, and they leapt at the opportunity to exchange a dreary life under occupation for an opportunity to at least simulate what was now past.

“It takes a genius to eliminate the traces of labor from his production,” Käsebier once remarked, an observation that effectively summarized Cody’s singular skill in transmuting one reality into another. The comment might as easily apply to her offstage pictorial representations of the Native Americans hired by Buffalo Bill: Her stately photographs are as powerful as oil paintings in their dreamlike capacity to capture humanity momentously poised between the sacred and the profane.