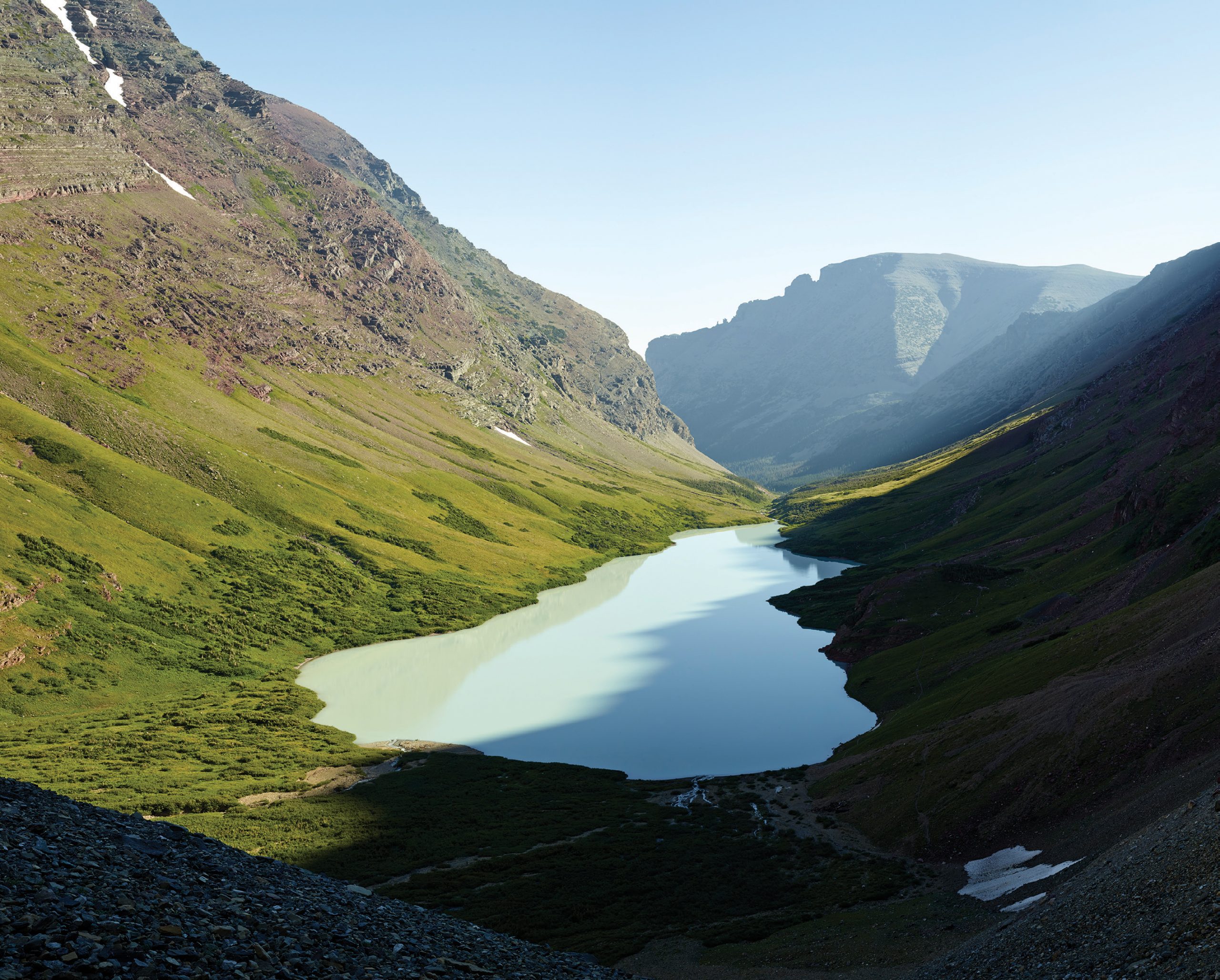 05 Aug Images of the West: The Last Glacier

At the time of its founding in 1910, Glacier National Park contained more than 150 glaciers. Today, fewer than 25 remain, and the United States Geological Survey (USGS) had predicted that these would be gone by 2020. Seeking to capture the fading majesty of the remaining glaciers, three artists — Todd Anderson, Bruce Crownover, and Ian van Coller — collaborated on The Last Glacier, a limited-edition, hand-bound book of 23 image plates of glaciers in Glacier National Park. 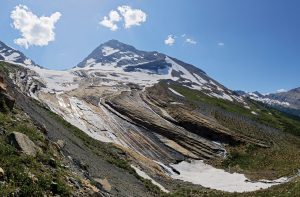 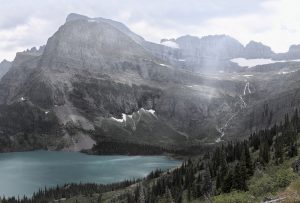 Gem and The Salamander glaciers over Grinnell Lake, 2012. Named for explorer and conservationist George Bird Grinnell, this lake is located in the heart of Glacier National Park. Gem is perched on a steep alpine area known as the Garden Wall and is one of the smallest remaining glaciers in the park. The Salamander is a shelf glacier that used to be attached to Grinnell glacier before receding into a separate form.

Before the park’s name became a tragic irony, these three artists decided to spend three summers hiking into 15 of the park’s glaciers to create artworks that challenge conventional representations of them as sublime and stoic landscapes. The resulting large-format photographs by Van Coller were taken while working on this project and accompany woodblock prints created by the other artists. Together, the images convey complex stratigraphy within the ice masses, as well as a sense of their perpetual motion. 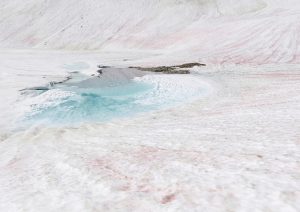 Chaney Glacier, 2013. Located in a cirque to the southeast of Mount Kipp, Chaney has retreated significantly since its first documentation in 1911, and the glacier lost more than 29 percent of its surface area between 1966 and 2005.

Glenns Lake looking toward Ipasha and Shepard glaciers, 2013. This narrow lake is located in the northeastern region of the park, between Cosley Ridge and Whitecrow Mountain.

Glacial landscapes possess immense size and depth, yet have a deceivingly subtle and monochromatic surface architecture, making them an artistically formidable, technical, and intellectual challenge. As the photographer on this project, Van Coller chose to take a minimalist approach, often eliminating the horizon and sky so that viewers have to engage with the piece to decipher the depth and scale of the landscape. Although Van Coller’s photographs are particularly subtle, his images are rich in detail, because they are made with a camera that captures more detail than the human eye can absorb. As a result, his work makes the viewer feel as if he or she is situated within the terrain itself. 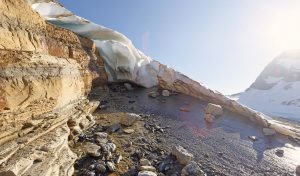 A closer view of the recession of Jackson Glacier, 2013. 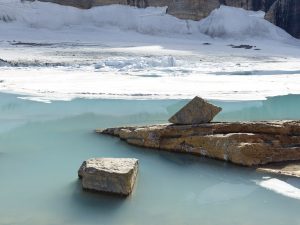 Grinnell Glacier and Upper Grinnell Lake, 2013. This lake was formed in the 1930s as its namesake glacier retreated. It’s often dotted with small icebergs that have broken off of Grinnell Glacier. 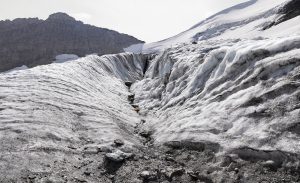 Sperry Glacier, 2012. Located on the north slopes of Gunsight Mountain, this was once one of the largest glaciers in the park. Sperry has retreated 75 percent since the mid-19th century.

The USGS has been compiling a significant re-photography survey (meaning to photograph the same area over time) of the glaciers, and these images have been made available to the public. The photographs clearly demonstrate how rapidly the glaciers are shrinking. The swift glacial retreat in Glacier National Park, and elsewhere, creates radical changes in soil moisture content, a rise in sea levels, an increase and alteration of fire frequency, and the transformation of ecosystems and habitats. It also has profound implications for surrounding tribes, such as the Blackfeet Nation, whose ancestral lands both inside and outside of the park will be negatively impacted. 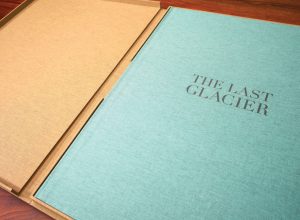 The Last Glacier, a limited edition collaborative book published in 2015, features the large-format photography of Ian van Coller, along with artwork by Todd Anderson and Bruce Crownover. 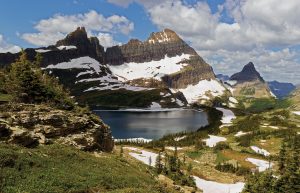 Shepard Glacier with Sue Lake and Cathedral and Pyramid peaks, 2013. Southeast of Cathedral Peak, Shepard is now considered a glacier remnant since decreasing to less than 25 acres, which is too small to qualify as an active glacier.

Though the works are aesthetically beautiful, The Last Glacier project invokes a contemplation of wonder and loss in the face of seemingly powerful and pristine landscapes that have revealed themselves as inherently fragile and more responsive to human impacts than we had imagined.