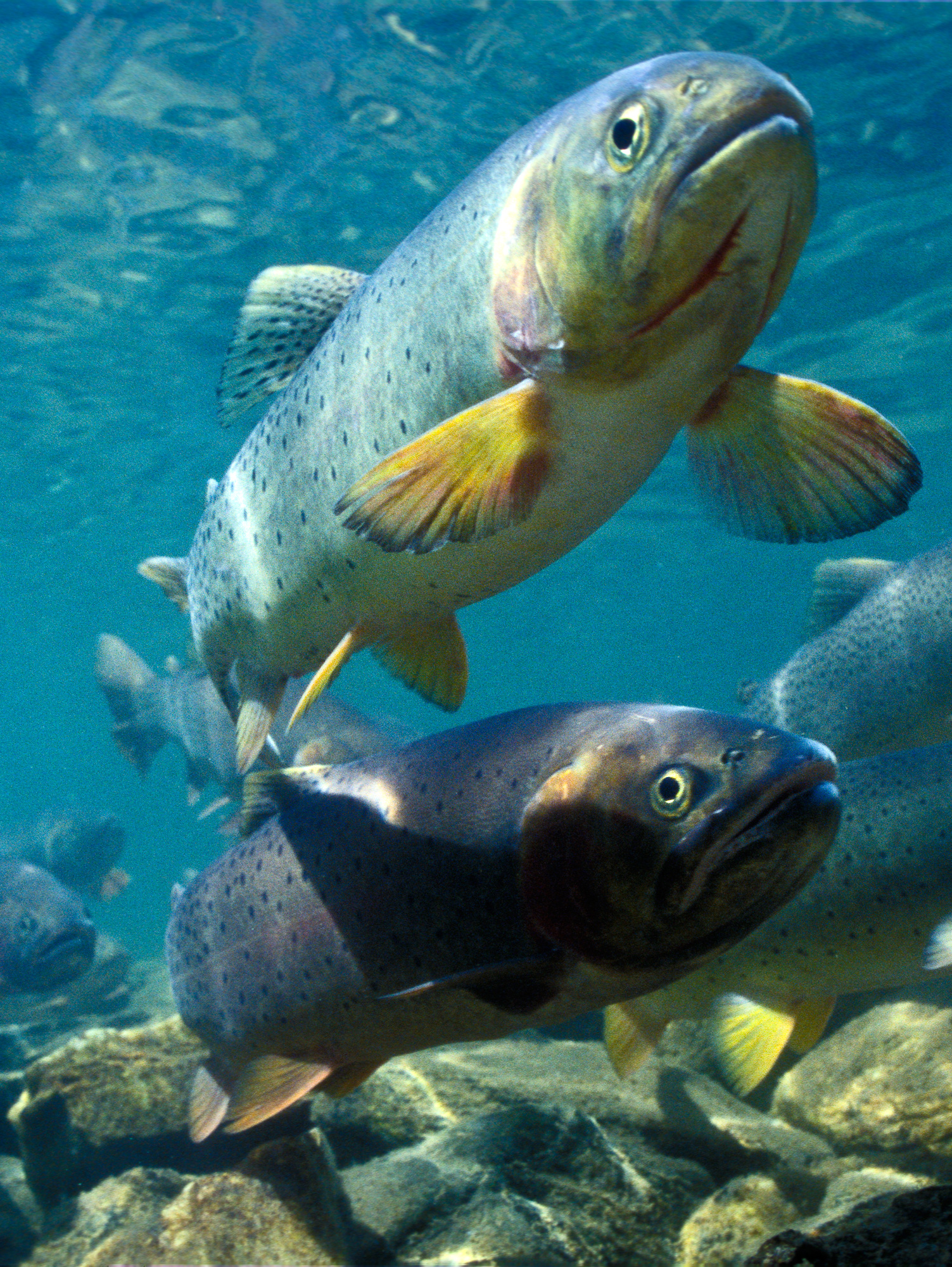 14 Jul Letter from the Editor: I Know Where the Fish Are

In late September my husband and I made a date for our anniversary. “Dinner?” he suggested. “And snorkeling,” I said. He raised his eyebrows questioningly, but called the restaurant for reservations. I secured a babysitter while he gathered the gear.

Let me backtrack. I’m not the first to think of snorkeling the Yellowstone River. A few guys in Livingston have braved these waters for years; my husband is one of them. They plan treasure hunts and full-moon forays into the river geared up with drysuits, gloves, flippers and, of course, mask and snorkel. Although they fish and hunt, raft and hike, bike and run, among other stuff, the exploits they talk of most are days snorkeling. I’d heard plenty of their stories and I wanted to try it for myself.

The next evening we began at the Mill Creek bridge. The plan was to snorkel to our favorite restaurant, about two river miles downstream. My husband, he likes to swim. My agenda, however, was deeper: I wanted to know where the fish are. This was a recon mission; I was out to find the honey holes.

We took the plunge. Eyes wide open, enduring the head-freeze sensation, I adjusted to the cold water and let the current take me. Head down, swimming freestyle, my husband moved to the middle of the river. Disoriented and moving faster than I expected, my face in the water, I watched rocks, logs and river algae zoom by. Just in time, I pulled my head above the surface to see a massive boulder coming up quickly. My husband swam deftly around the obstacle. Slightly panicked, I righted my body to float feet first downriver, narrowly skirting the rock.

For hours I spotted flashes of silver darting away from me as I flew past. Autumn sunlight illuminated certain underwater sections to gold, while trees shaded other parts to black. My eyes adjusted. A pair of kayakers raced by above. The afternoon rolled on: no fish.

Then just at our take out point, the river eddied. I duck-dived to a deep spot, which we often cruise by when floating this stretch. Down there, the river bottom turns to pebbles and it is quiet. Near a gravelly bed I grabbed hold of a prominent rock to anchor myself. When my eyes adjusted to the soft light I saw them. A group of big browns schooled up on the bottom. Their tails wafted in the current. Their spots were shimmery-camouflage in the aquatic light. I counted 30 fish before I had to come up for a breath. When I dove again, they had scattered.

Now, I know where the fish are. We’ll see if it does me any good this season.

Luckily, the BSJ roster of experienced anglers have more to offer in terms of advice. In our annual Fly Fishing issue, read how the prestigious Jackson Hole One Fly tournament just might save a fishery near you (“Casting for Conservation“) and accompany Jeff Erickson (“Fire and Ice in the Rockies”) in his Northern Rockies odyssey. In the photo essay “Planet Fish,” Jim Klug shares his macro-glimpses of far-flung catches, while troutman Steve Akre keeps things closer to home following the Bitterroot Skwala hatch (“A Sign of Spring”). Look for the best yarns on the water (“Fish Tales”) with stories from Greg Keeler, E. Donnall Thomas and Fred Melton.