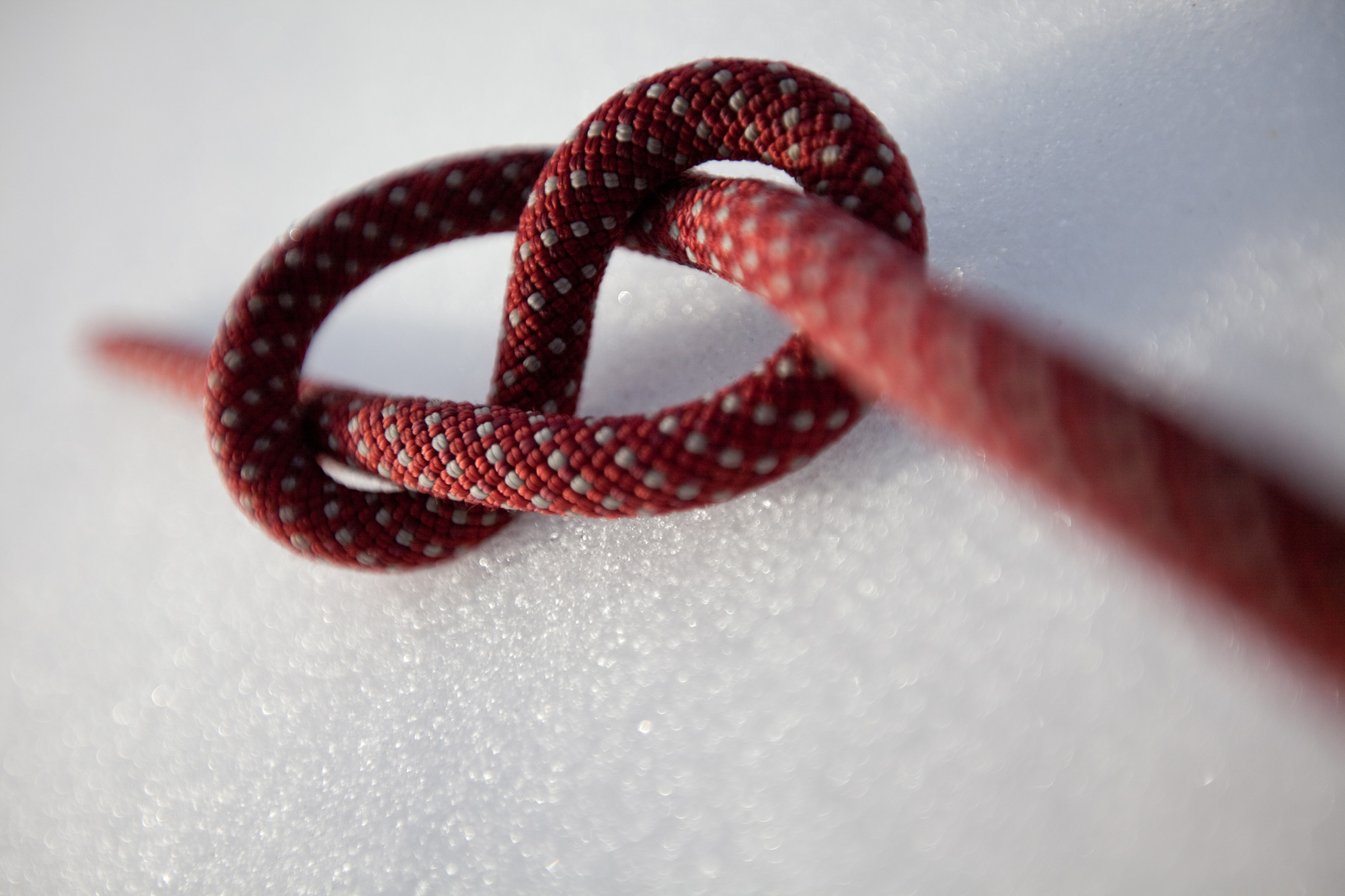 CHRISTIAN SANTELICES IS READY to water his crop. He’s got a tanker with 3,000 gallons of water waiting to let loose through his homemade sprinkler system: 250 feet of pipe and eight showerheads. The 3-inch PVC mining pipe is frozen however. Santelices isn’t totally surprised by this though. After all, his crop is ice. Santelices, an internationally certified climbing guide, and wife Sue Muncaster grow ice from November through March at Teton Ice Park.

Opened last winter and inspired by the Ouray Ice Park, which was founded in 1994 and is now one of the biggest in the world drawing thousands of ice climbers to southwest Colorado annually, Teton Ice Park is a 10-minute walk from the main parking lot of the Grand Targhee Resort in Alta, Wyo.

Although the Tetons are one of the world’s premiere mountaineering destinations, they don’t offer much for ice climbers, a growing sport in which crampons and axe-like ice tools are used to ascend frozen waterfalls. Sure, there are ice climbs in the Tetons, but, “It’s epic to get to them and they’re quite dangerous because they’re in avalanche paths,” Santelices says. “I’m not going to say this park is like being deep in the mountains, but it’s a short walk from your car and you can have a great experience top roping for a couple of hours.”

It’s also a great place to try ice climbing. Newbie climbers can sign up for a half- or full-day of private guiding and instruction and use of all necessary equipment. “Last year we sold about 50 lessons,” Santelices says. “We had families with kids and also teamed with Jackson Hole Mountain Guides to do some military training here.” After going through a five-minute park orientation and safety check, experienced ice climbers with their own gear can climb any time an ice ambassador is around and lessons aren’t going on.

Santelices’ pipes and showerheads run along the lip of 100 feet of cliff, dripping water down about 100 feet of rock. (The secret to the pipes not freezing? Keep the water moving and under pressure, a trick Santelices has accomplished by playing around with the number of showerheads attached to the system. He got it right after only a few freezing episodes last winter.) The top 40 feet are steep, but the lower reaches of the cliff band are a low angle, perfect for first timers.

Whether beginner or advanced, all climbers are kept safe by partners belaying them via anchors at the top of each climb. This is called “top-roping.” If a climber were to fall, they can fall no further than the small amount of stretch inherent in all climbing ropes. A tumble on your skis results in a greater fall than you’d experience while climbing on top rope.

The cliffs where Teton Ice Park grows ice are set amid pine trees and with ski runs visible in the background, have long been known as the “Parking Lot Rocks.” Santelices named the 100-foot stretch of them he’s turned into frozen waterfalls “KB Wall” after Kevin Brown, a friend who, more than 20 years ago, took him on his first ice climb and who passed away from cancer last November.

Brown wasn’t the only friend Santelices and Muncaster were thinking of when deciding to open an ice climbing park. “The inspiration for this came from the ice park at Ouray,” Santelices says. “But the reason we looked to Ouray in the first place was to provide local guides a place to work in the winter.” Santelices, himself the chief guide at Exum Mountain Guides in Grand Teton National Park, has assembled a team of 16 ice guides from the regular staff of Exum, Jackson Hole Mountain Guides, and the National Outdoor Leadership School. “Exum looked into getting permits to guide elsewhere in the state,” Santelices says. “They weren’t issuing any in Cody; Exum has one for Dubois, but it’s very limited climbing there. There just aren’t many opportunities for guides to work in the winter. I wanted to create some work.”

Santelices and Muncaster also created a place to have fun. In addition to the 50 ice climbing lessons given last season there were 300 user days at the Teton Ice Park. “Of course some of that is the same people coming to climb here more than once,” Santelices says. “But we really did see so much support from people in the community who were already ice climbers.” While not nearly as toasty as the Enclosure Climbing Gym where the majority of Jackson Hole’s and Teton Valley’s climbers keep fit in the off-season, Teton Ice Park has the same social camaraderie.

Climbers of all levels watch each other not to jeer, but to support. “You got it!” is an oft-heard shout out. Climbers mingle around the perimeter of the base of the cliff — falling ice is common and a very serious danger — trading belays and stories. (Sadly, because of this danger, there is nowhere for pure spectators to stand and watch; the only way to spectate is to bring binoculars and ride the lifts at Targhee.) The ice climbing community is a small one and, although climbers’ tools are intimidating, climbers themselves are friendly. Ice climbers want others to get hooked, literally with help of those axe-like ice tools and crampon-clad feet, but also figuratively.

“If it wasn’t for the support we’ve gotten from the community and the excitement we see at the park, we would have given up on trying to make this happen a long time ago,” Santelices says. “Ice isn’t a big cash crop.”

From the Editor: Half-day lessons, which include instruction and all necessary equipment start at $85. Full-day lessons start at $110. The price of day passes is $20. Memberships good for the entire 2010-2011 season, late November to mid-March, will be $100. For information, go to www.tetonice.com. Climbers not interested in lessons are advised to check the calendar on the site to see when lessons are scheduled. 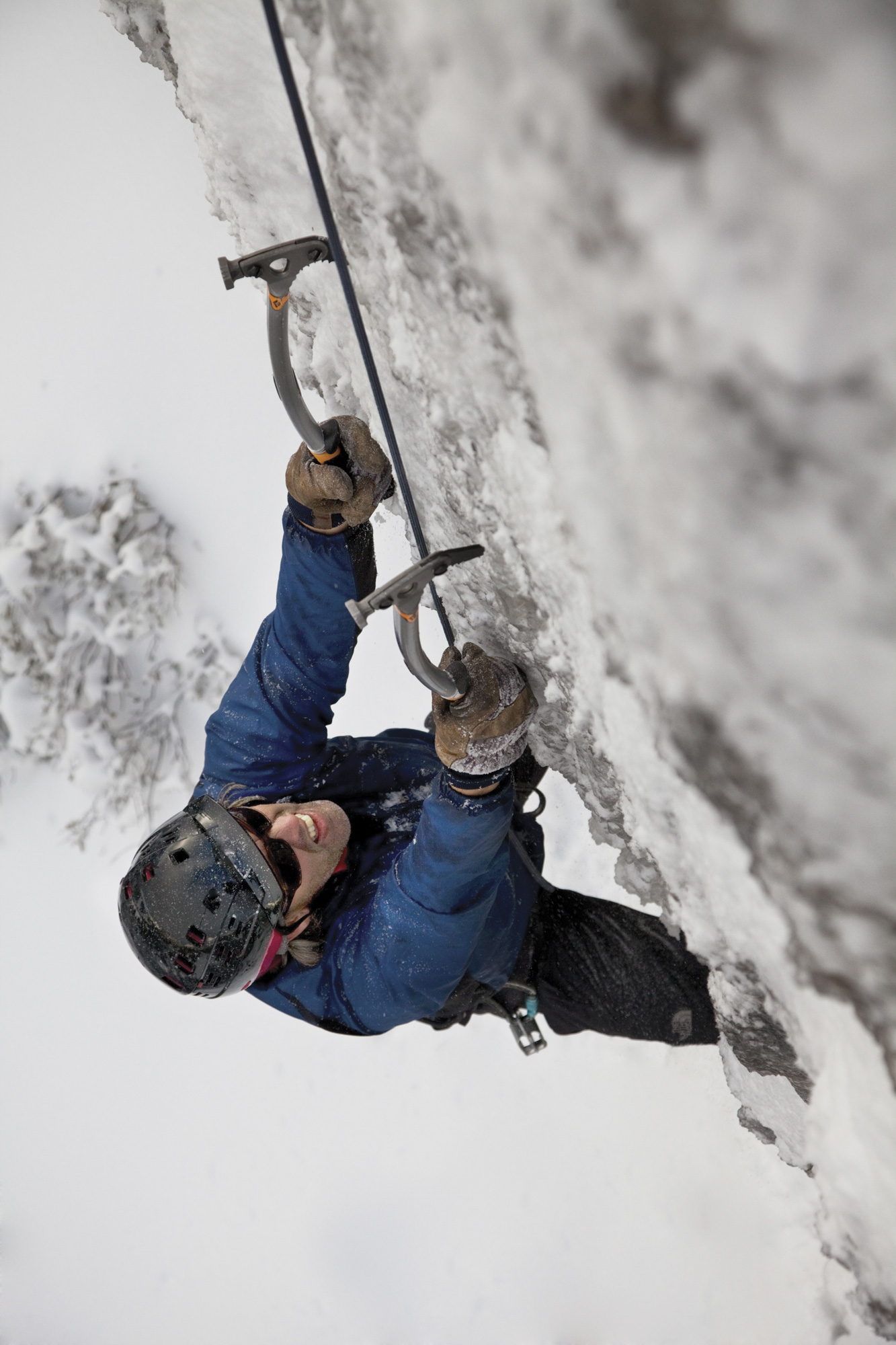