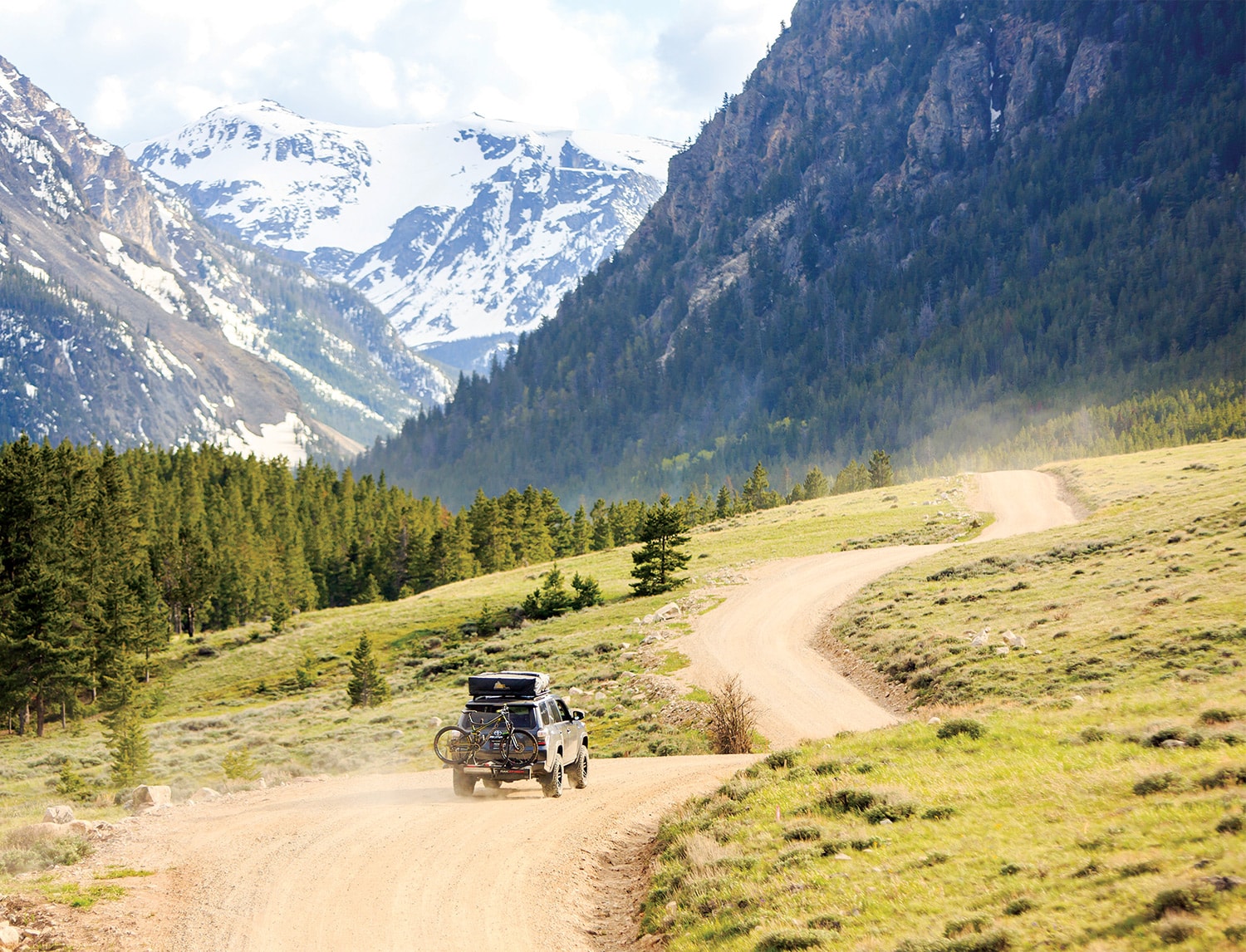 in Feature Stories, Fall 2018 Written By: Alan Kesselheim Posted at 21:06h 0 Comments
Share
THE PLAN WAS HATCHED LESS THAN 24 HOURS BEFORE DEPARTURE. It had been too long since we’d been out. Enough of town, traffic, chores, work, and deadlines. We didn’t have much of a window; we couldn’t leave until after work on Friday and had to be back a day later. But we were going. We called some friends, spent an hour packing gear, picked up some burritos and bagels on the way out of town, and got to the Greycliff Fishing Access on the lower Madison River by 8 p.m.

With only an hour or two of daylight left, we set canoes in the river and coasted a mile downstream to a gravel bar island with current rippling around it and sandstone cliffs to the west, the dying light settling over the valley. We threw up tents, built a fire, ate some food, caught up. 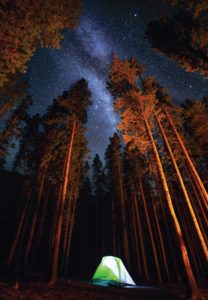 Mostly what I remember now is the chuckling river rustling past in its inexorable way, the velvet current in moonlight, the raccoon fishing upstream, the summer night finally going dark, stars sharpening in the sky. We stayed up late, fiddling with the fire, reconnecting with each other, lingering in the middle of the river, free of town and home and everything that makes life messy and burdened. All that, the clutter we’d left only a few hours earlier, seemed rooted in another dimension.

At our breakfast of bagels and coffee, we lounged around our morning fire. No rush, we savored the warming day, the coming light, the eagle in the cottonwood snag, a white-tailed deer coming down to drink. Eventually the canoes were loaded and our small flotilla drifted downstream.

We didn’t have far to go, so we dawdled, gunwale to gunwale, chatting about our kids, pointing out pelicans, picking little channels to follow down the braided river. More than once, we pulled over on an island, wandered around, skipped rocks, let the dogs roam. Even at that, we were to the take-out at the highway bridge early in the afternoon, and back home well before dinnertime.

It occurred to me as I was hefting the canoe off the roof rack in the driveway that we’d been gone less than 24 hours. Funny, because it felt like we’d escaped for days, reset priorities, rekindled friendships, and reawakened to the landscape. Funny, too, how easy it had been. The hardest thing had been overcoming that town-bound inertia and saying, “Let’s go… tonight!”

The easiest thing to do from Billings is to float a stretch of the Yellowstone River. Pick a section up or downstream. Upstream, say, from Riverside Park in Laurel to one of several access points in Billings (roughly 20 miles). Or from a Billings access point to a downstream one on the way to Pompey’s Pillar. Another great option is to put in at Coulson Park just upstream of the Interstate 90 bridge in downtown Billings and float roughly 25 miles down to the Voyagers Rest access outside of Worden.

To do: Camp on a gravel bar, hunt for agates, watch the herons and eagles sail past, sit around a driftwood campfire.

To know: Avoid the Huntley Diversion Dam about 9 miles below Billings either with a portage or via the overflow channel on river left. 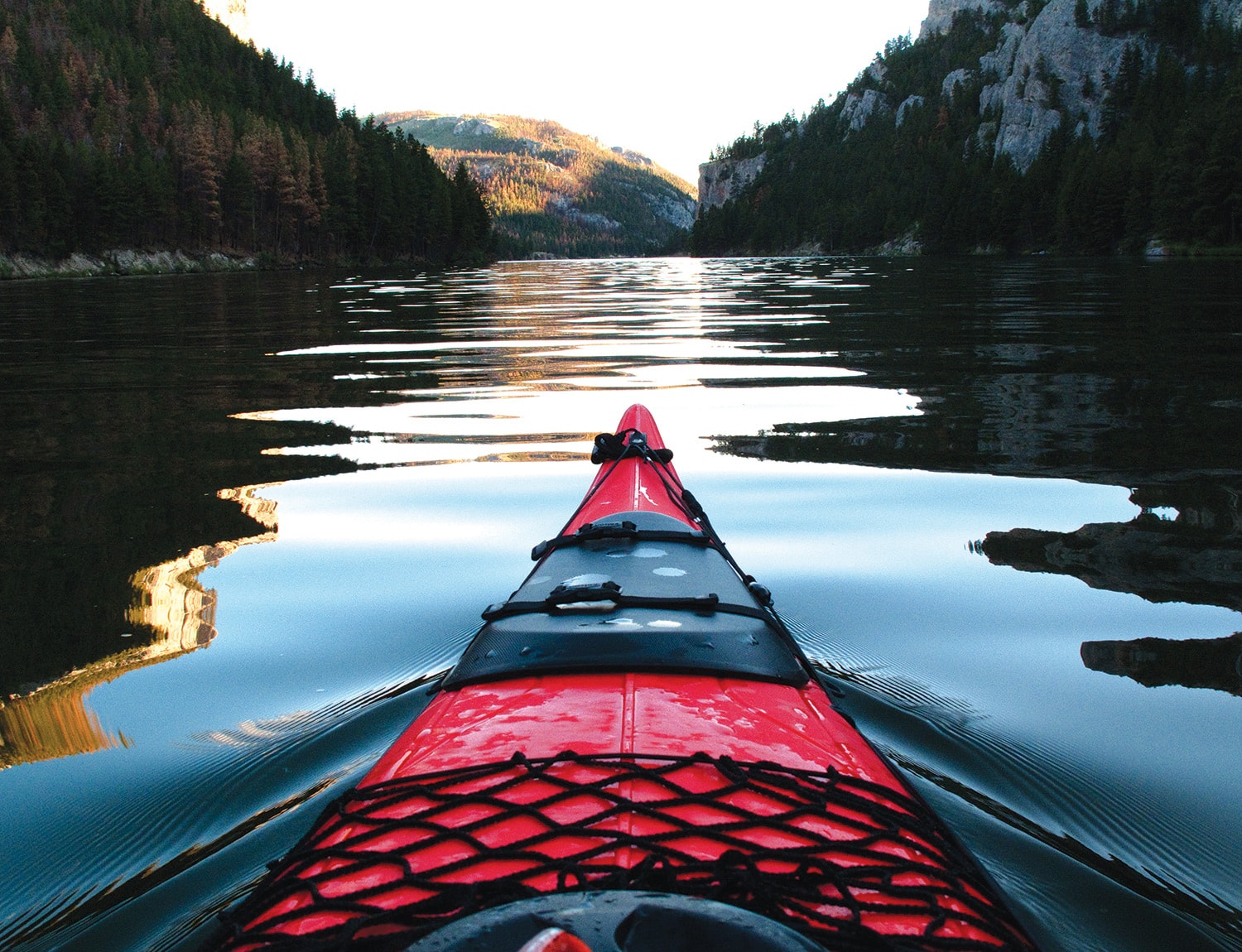 Paddle through the gates of the Mountains along the Missouri River between Upper and Lower Holter lakes. Set a canoe or kayak in the quiet waters and paddle through the craggy cliffs Lewis and Clark found so sublime on their journey up the Missouri in 1805. Pitch a tent along the cliffy shoreline punctuated with attractive camping possibilities just a few miles from downtown; maybe the ghosts of Lewis and Clark will whisper to you from the sheer limestone walls and murmuring current. 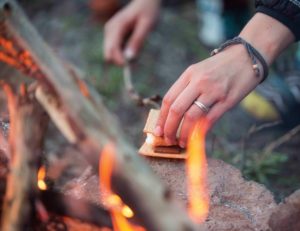 An evening spent around a campfire can be most memorable. Photo by Cody Brown

To know: Primitive camping on the river corridor is allowed with a permit.

To do: Stop in and explore Mann Gulch, site of the tragic fire that took the lives of 13 firefighters in 1949, and was later made famous in Norman Maclean’s book Young Men and Fire.

Although it’s a bit of a drive (45 miles from Great Falls), the Paine Gulch trailhead just south of Monarch is a pleasant hike with tremendous potential for summer wildflower spotting and sweet views of the Little Belt Mountains from the top of Dry Ridge. 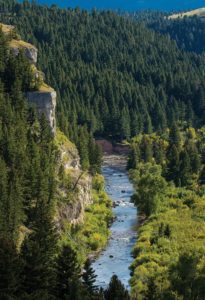 To know: The 5-mile moderate hike has water access and great camping potential, especially in some of the meadows along the creek where wildflowers abound.

To do: Check out Sluice Boxes State Park along the drive, and walk up the spectacular limestone canyons carved by Belt Creek.

One of the prettiest and most easily accessed sections of the Bitterroot River runs for 10 miles between Stevensville and Florence. It includes a float through the Lee Metcalf Wildlife Refuge with terrific bird watching opportunities. Beginning canoeists can handle the water, with the caveat to watch out for snags in the river. The highway parallels the route, but much of this section swings away from the road.

To know: Camping, as on all Montana rivers, is legal below the high water mark.

To do: Watch for the rare pileated woodpecker in riverside groves along the Lee Metcalf section.

Although there is no shortage of beautiful hikes and floats in the Kalispell and Whitefish area, not to mention in nearby Glacier National Park, one gem is the Birch Lake Trail on Jewel Basin Road outside of Bigfork. A solid climb but moderate grade, it’s approximately 7 miles to Birch Lake, with excellent camping possibilities. Do it as an in-and-out overnight, or connect to one of several trails to make it more of an outing.

To know: If it’s huckleberry season, typically starting mid-July, add a couple of hours to your itinerary.

To do: Whether or not you’re picking berries, make sure to check out the massive views of the Flathead Valley and surrounding ring of mountain ranges. 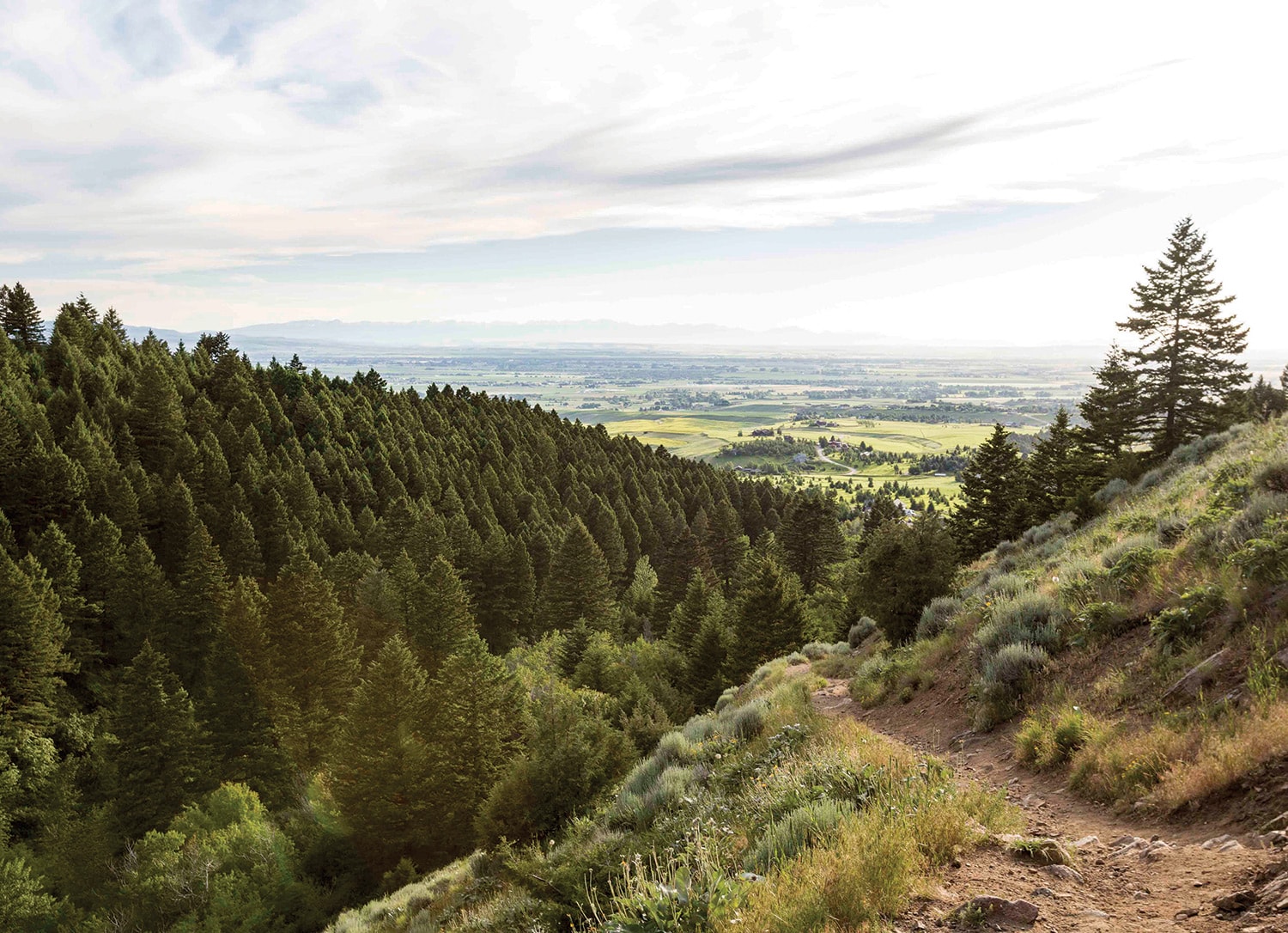 If you want to stay close to town but off the grid, try an overnight backpacking trip along the western front of the Bridger Mountains. Parallel drainages make for nice routes from Sypes Canyon to North Cottonwood, with a handful of trails that lead back out along the way. One favorite is Middle Cottonwood to Truman Gulch (roughly 8 miles).

To know: This route requires a short shuttle, and the backcountry has abundant summer wildflowers, nice meadows for camping, and access to the mountain ridge near Saddle Peak for a grand view.

To do: From the scenic saddle at the head of Middle Cottonwood, scramble up the short, steep trail to the Bridger Crest and Saddle Peak; it’s worth the views.

Tips for a fast getaway

Simplify the Food: Pick up to-go food for your dinner and grab some bagels and cream cheese or granola for breakfast. Just boil water for hot drinks and call it good. Instant coffee sleeves make the morning caffeine fix easy.

Stay Packed and Ready: Keep a duffle packed with the basics: tent, pads, sleeping bags, cook kit, rain gear. Throw it in the car and go.

Minimize the Duds: You’re only going for a day, so keep clothes to a minimum: a change of underwear and socks, a warm layer, rain gear, a spare shirt and shorts.

Shorten the Drive: Work to make shuttles painless. Look for in-and-back hikes or loops. You can waste a lot of time dropping cars.

Circle Your Zone: Draw a radius of, say, 60 miles on a map with your home base at the center. Look for options in that range. Otherwise you risk breaking the recreational rule of thumb: The drive time should never exceed the trail or river time. You’ll be amazed what you’ll find in that circle, especially in a state like Montana.

Empower Companions: Encourage a few friends to adopt the spontaneous habit of heading out on a weekend for an overnight. Once they get in the groove, they’ll see how simple it actually is. Having a few comrades opens up shuttle options and makes for rewarding bonding.

Explore: Don’t limit yourself to my suggestions; there are so many places to pull off quick hikes or floats. I find that invariably, when I go to

one place, it opens up another possibility upstream or over the ridge. My list keeps growing, even as I check them off.