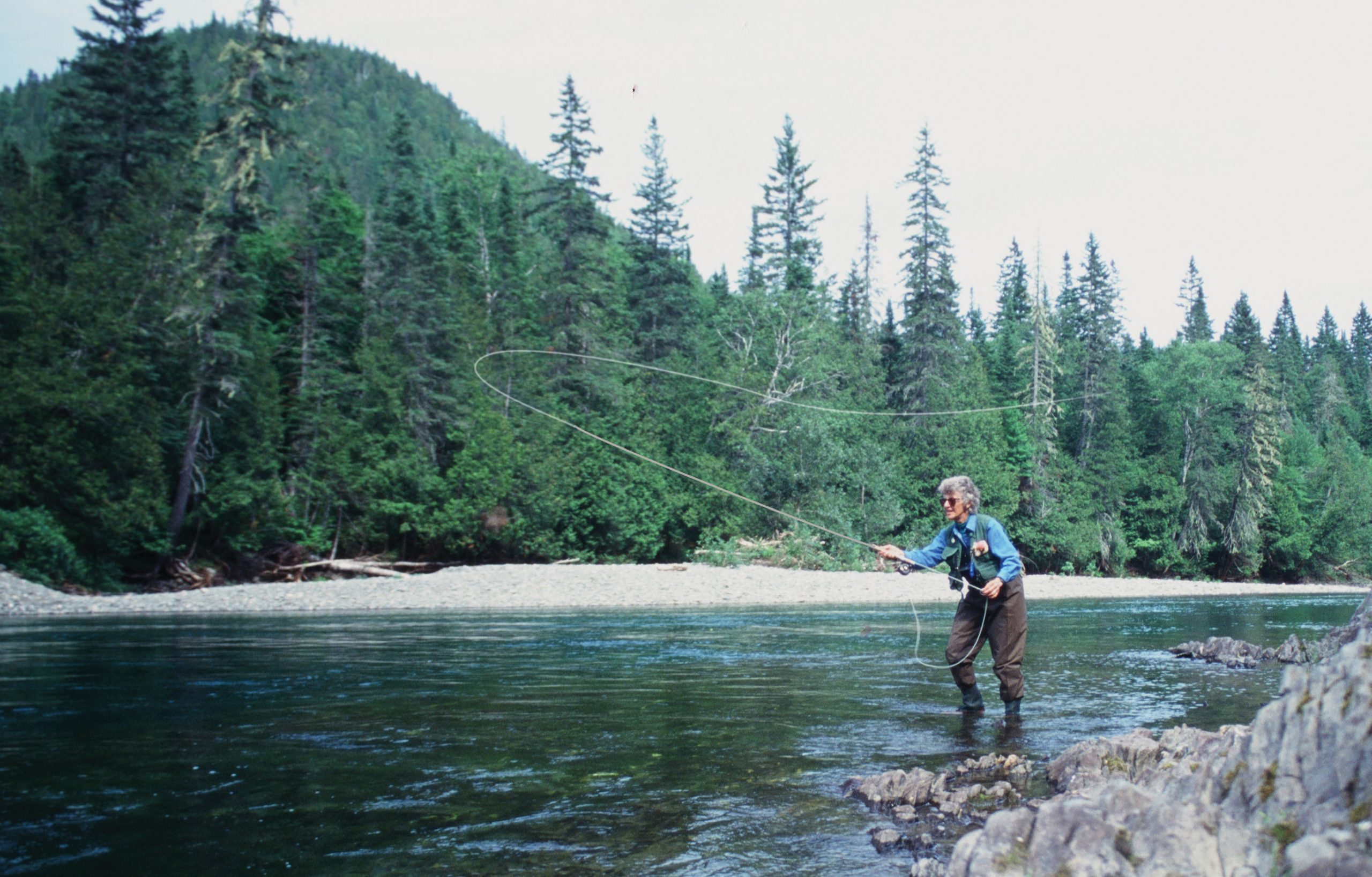 The First Lady of Fly Fishing, Joan Wulff, casts a line into a river in Quebec, Canada in 1997. | Photo by Tom Pero

03 Feb From the Editor: Wisdom of the Ages

I recently had the opportunity to chat with legendary fly-fishing pioneer Joan Wulff, known as The First Lady of Fly Fishing. At 95 years old, she was spirited as she talked about the evolution she’s witnessed in the sport, and because of the tremendous impact she’s had on the industry as a whole, I felt like I was talking to a celebrity. Wulff has won numerous casting titles, set a women’s record for distance casting in 1960 that wasn’t matched until 2018, and was a leading force behind the creation of women’s fly-fishing gear, among many other things. As contributor Cindy Salo writes in a profile on Wulff for this issue, she “built a strong foundation for fly fishers, both women and men.”

It’s no secret that there’s a lot to learn from our elders, especially if we’re patient enough to listen and humble enough to heed their advice. And that’s especially true when it comes to fly fishing; no matter your experience level, there’s always more to learn. In this issue, for instance, Wulff illustrates the importance of establishing your own techniques, as she did by casting with her whole body — “from your fingertips to your toes” — instead of using only her wrist like she was instructed. It might have been unconventional, but it clearly worked for her.

In another story, outfitter Phil Gonzalez offers insight from his more than 50 years of fishing the Bighorn River and is often sought out by fisheries biologists for advice. Over time, he’s witnessed the fishery transform and angler populations increase, which has affected everything from the methods and fly patterns that work best to the generations of fish cycling in and out.

Likewise, a profile of 82-year-old angler David Stuver presents the lessons he’s learned through a lifetime of fly fishing Montana. He, too, has witnessed a marked growth in angler numbers, along with improved water quality and trout that are harder to fool. Some of his best advice: Take time to observe the landscape and water before wetting a line, and nail your cast. “When anglers become frustrated by not catching fish, they will often change their fly every five minutes,” Stuver says. “More often than not, the fly is not the problem, but rather their cast has spooked the fish, or their drift has unnatural drag.”

Other stories examine fly-fishing culture and off-the-beaten-path rivers and adventures in the Northern Rockies, among other topics. And, while this annual issue is a celebration of all things fly fishing, it can also serve as a guide for those who are eager to learn from the experiences of others — especially their elders.