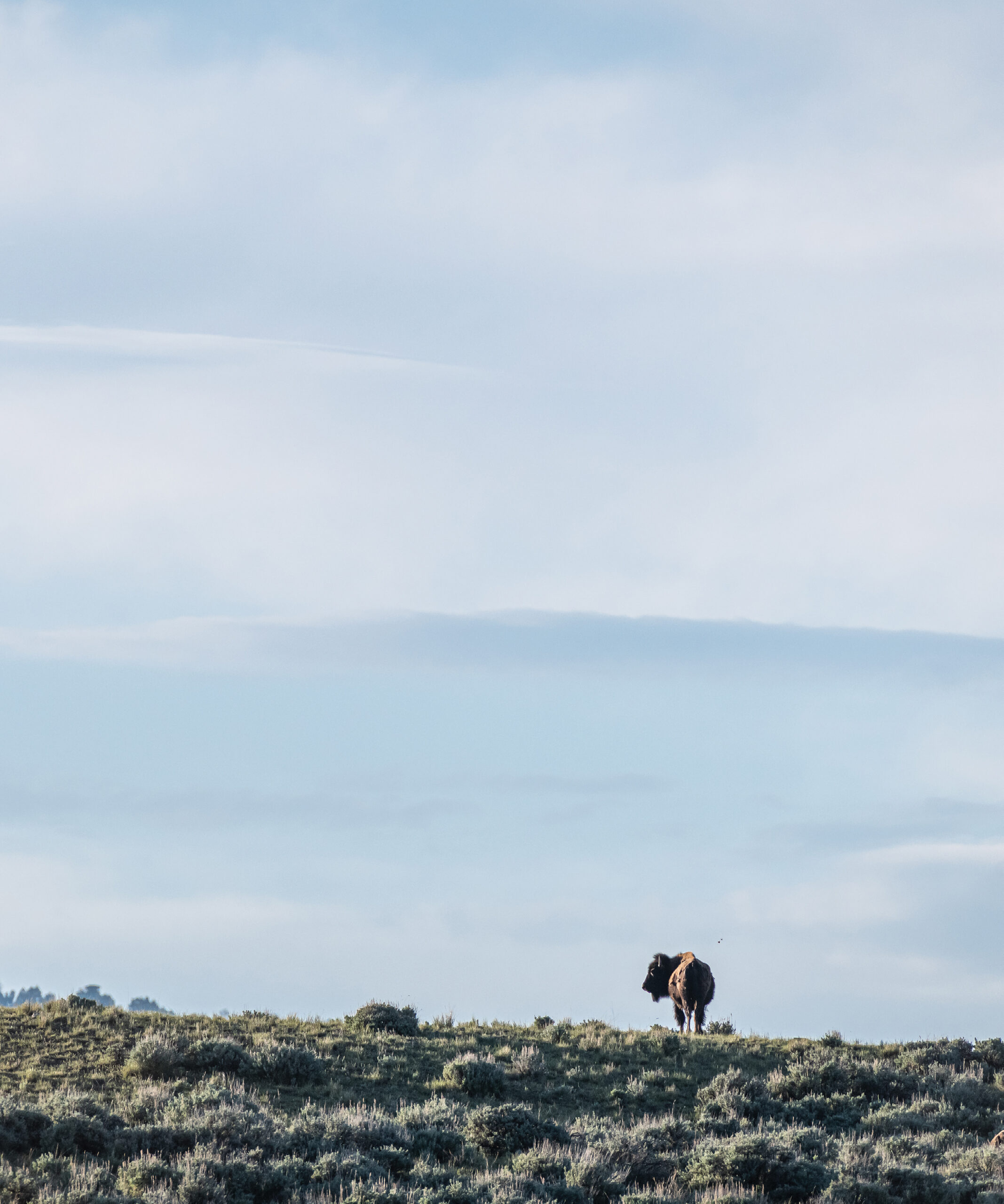 28 Sep From the Editor: Where the Buffalo Roam

We all know the old song “Home on the Range.” It was originally written by Dr. Brewster M. Higley as a poem in 1872 to describe his idyllic Kansas homestead, a place where, apparently, the buffalo roamed and the deer and antelope played. After his buddy put the words to music, it became the “unofficial anthem” of the American West, eventually recorded by Bing Crosby and Frank Sinatra, among many others.

At the time, the wild buffalo that inspired Higley’s ode still ranged freely. And I imagine that when he sat by the creek on his property to pen this poem, he didn’t know that some 5,000 buffalo would likely be killed that very same day — and every day after from 1872 to 1874, leading the species to near extinction by the late 1880s. The reasons for their demise are multi-faceted and still a point of contention among ranchers, conservationists, and the Native Americans who relied on them for everything from food to shelter. It’s a topic I don’t understand well enough to delve into here, but what I do understand — as illustrated by some of the thought-provoking stories in this issue — is that the bison is back.

Taking a seat next to the ever-American bald eagle, the buffalo was named America’s National Mammal by the Obama administration in 2016, and they not only represent freedom, but also the wild places and vastness of the West that Higley apotheosizes in his poem. The story of the bison is also one of perseverance, another idea that we can all relate to, especially after recent hardships. While less than 1,000 bison remained in the late 1800s, today, an estimated 210,000 graze on ranches, farms, and federal and tribal lands. While the New West is evolving and experiencing a time of growth, the buffalo, it seems, is too.

In this issue, you’ll read about an ambitious Montana couple who, with no prior experience, dove head-first into bison ranching. A profile of Robbie Magnan, the director of the Fort Peck Tribes’ Fish and Game Department, describes the methods he’s using to bring the buffalo back to his people and restore the “heart of the reservation.” And a feature about taxidermy’s place in the history and culture of the West uncovers the story of William Temple Hornaday — chief taxidermist at the United States National Museum (now the Smithsonian Institute) from 1882 to 1890 — whose outrage at the bison’s demise led him on a mission to protect the species.

As always, the fall issue also covers other delights that come with the changing season. Along with recommendations of colorful foliage destinations in the Teton and Wind River ranges, an adventure writer documents the hardships he endured on a self-created, 50-plus mile trail run; a hunter speaks about the value of dogs for upland bird hunting; and a foodie profiles farm-dinner experiences that focus on seasonal local food.

While the leaves change color and the snow dusts the mountaintops, I hope you make the most of autumn in this place where we, and the buffalo, roam.