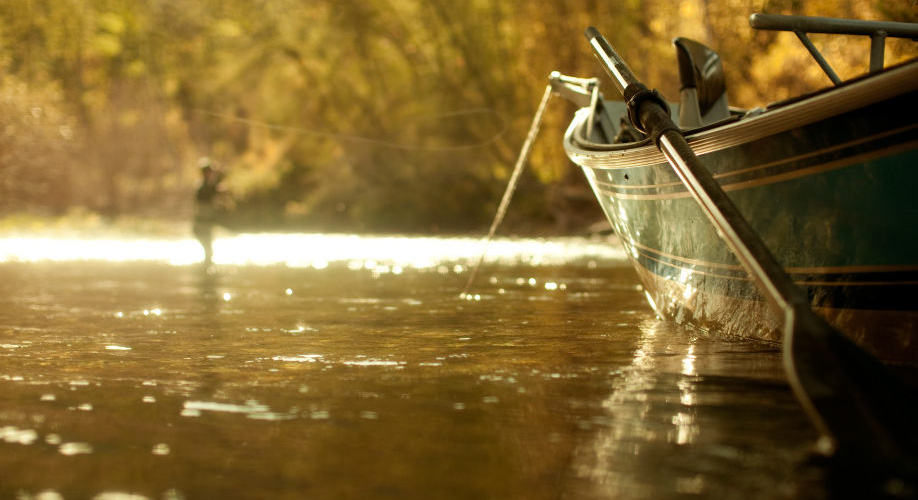 24 Jul Letter from the Editor: Fly Fishing for the Greater Good

When I was a cocky teenager in Casper, Wyoming, no one ever talked about fly fishing on the North Platte River. For a time I lived across the street from said river, on a bend that carved deeply into the hillside just above historic Fort Caspar. It was a stretch between the K Mart and the boomtown’s two remaining oil and gas refineries. The river was not pretty here; it was muddy year-round and littered with snags of trash blown by Casper’s notorious wind. The rip-rap made it treacherous for swimming or floating and if there were any fish besides carp that thrived here, no one was sharing the secret.

Yet, today Casper’s North Platte is heralded by fly fishers. American Angler Magazine declared it the #1 big fish destination in the world, albeit the Grey Reef section, not the town stretch; and last year Sport’s Illustrated listed Casper as one of the top recreation towns in America. What was once the dirty town section of the North Platte has now been cleaned up thanks to a remedy agreement between BP Amoco and the State of Wyoming. By 2005, the cleanup transformed the former Standard Oil refinery site into 350 acres of business park and recreational property which includes an 18-hole golf course, whitewater kayak course, a 250-acre industrial park and a 2,000 acre wildlife refuge, along with fishing access sites. The project is known as the Platte River Commons and is a community effort that has transformed Casper from “oil town” to a more diverse economy based on a higher quality of life.

That’s just one example of how the power of recreation can influence positive changes for a broad spectrum of users. But even in the wide world of sports, there are few pursuits with as great a reach into private and public interests as fly fishing. The residual efforts of anglers and landowners consistently result in a contribution for the greater good that spans generations and establishes priorities for clean water and land preservation for the future. This annual Fly Fishing Issue punctuates the way a sporting interest can result in such wide-reaching benefits.

Historically, the Northern Rockies, Montana in particular, has had a strong legislative voice regarding clean water. Read Images of the West to learn how one spring creek in Lewistown inspired The Streambed and Land Preservation Act of 1975. In “Under the Sheltering Pine,” Jeff Erickson writes about collaborative efforts on Montana’s Fish Creek between entities seemingly on different ends of the spectrum — from timber industry giant Plum Creek to The Nature Conservancy — that resulted in the preservation of a premier fishery. In Local Knowledge, we profile the heroes of O’Dell Creek, a fifth-generation ranching family that restored a tributary of the Madison River with remarkable impacts on wildlife, wetlands and spawning habitat.

While these articles highlight some impressive conservation efforts in our region, the rest of the issue errs on the lighter side, never fear. Look for humorous insights from Greg Keeler, Toby Thompson and Julie Lue. Travel down memory lane to Idaho’s Silver Creek with Ernest Beyl and read Outside for Greg Thomas’ exploits to find the biggest brook trout in Wyoming. I hope the issue will inspire your own adventures.