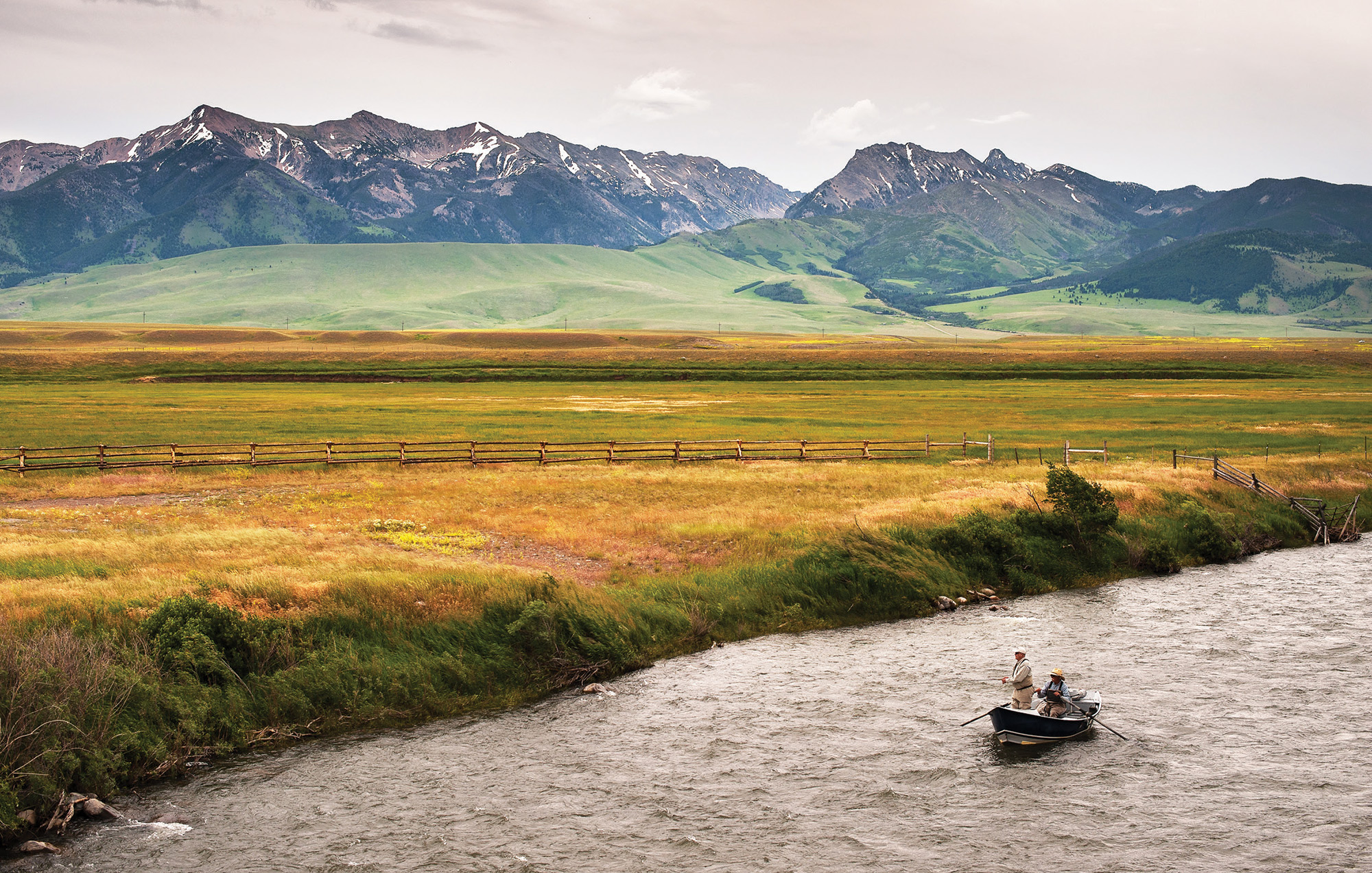 08 Feb Fly Fishing 2016 Round Up: News and events from around the Northern Rockies

The Madison River in southwest Montana will reopen to fishing year-round starting this spring. Two sections of the river, from Quake Lake outlet to McAtee Bridge, and another stretch, from Ennis Bridge to Ennis Lake, previously were closed annually from the end of February to the third Saturday in May. As of March 1, 2016, all sections will be accessible year round.

The change in regulations, granted by the Montana Fish and Wildlife Commission, is a measure to simplify ordinances and offer local anglers additional opportunities to fish in the spring, says Dave Moser, fisheries biologist with Montana Fish, Wildlife and Parks. The Madison is often one of the most heavily fished rivers in the state.

“There are no impacts on the fish populations, just an opportunity for people who want to get out and avoid the crowds to fish in the spring,” Moser says.

The regulations were initially imposed because of whirling disease, which was responsible for lowering the rainbow trout populations in the early 90’s, he says, noting that trout populations have rebounded to pre-shirling levels. In addition, many years ago, seasonal restrictions were applied to accommodate nesting Canada geese below the town of Ennis.

“The issue of people in spring walking on redds, which are the nests that the trout create, won’t have any population level impact. Trout lay thousands of eggs, an adaptation that ensures survival. Rainbow Trout eggs are still in gravel through mid-July — they’ve historically been walked on quite a bit with no impacts,” Moser says, noting that many of the other large, blue-ribbon fisheries are open year-round, establishing a strong precedent.

The Madison was last open year-round in 1992. The state agency revisits fishing regulations every four years.

Cowboy and sporting art collectors will gather at the C.M. Russell Museum and surrounding venues in Great Falls, Mont., for art exhibits, quick draw gatherings and lively art auctions during Western Art Week from March 16 to 20, 2016.

An exhibit of notable works from regional artists opens February 19 and will be on display to the public through March 17 to celebrate the acclaimed Western artist’s birthday. An invitation-only exhibit features the works of Russell Skull Society artists that will be for sale in the First Strike Auction held at the Mansfield Center on March 18.

The community will host a variety of other events throughout the week, including the Out West Art Show at the Best Western Plus Heritage Inn, where the region’s best working artists gather to showcase fine art; March in Montana, a premier three-day auction for collectibles and Western art at the Townhouse Inn; The Great Western Living and Design Exhibition at the Montana Expo Park; the Wild Bunch Art Show at the Hampton Inn; and the Western Heritage Arts Show at the Holiday Inn.

Finally, the week’s events culminate March 19 with The Russell Live Auction at the Russell Museum, for experienced collectors of Western art. This elegant evening includes a gourmet dinner and beverage service. It is a must-attend event in which collectors from across the country gather to bid on fine contemporary art plus significant historical works, all to benefit the Russell Museum. This year, the auction is anchored by a rare Thomas Moran painting, Castle Rock, Green River, Wyoming, 1907.

Warriors and Quiet waters Foundation, an independent nonprofit organization that offers fly-fishing retreats for veterans who have been injured in action, purchased a new home base in Bozeman, Mont., in May 2015.

Quiet Waters Ranch, a 112-acre property located at the foothills of the Bridger Mountains, will help the organization further its mission of bringing camaraderie and therapeutic fly-fishing to wounded veterans who served in Iraq or Afghanistan. The first program on the ranch will be held this spring, says Gayle Whittenberg, development director.

Before purchasing the $3 million property, the group rented homes throughout southwest Montana, leaving aspects of the budget “at the mercy of the vacation rental market.”

“We could never decide what true expenses would be,” Whittenberg says. “We can’t keep up with the demand. Our board decided we needed a strategic focus and fundraising to get our own place.”

The 10,000-square-foot house was renovated to provide disability access, and two ponds were constructed on the property and stocked with trout for fishing lessons. It’s a “home for healing,” Wittenberg says. “A place for camaraderie, serenity and peace.”

Founded in 2007, Warriors and Quiet Waters has served more than 470 soldiers, along with some of their spouses. The organization plans to help another 84 warriors in 2016. All U.S. soldiers wounded in combat in Iraq and Afghanistan are eligible to participate. The nonprofit provides airfare, lodging and meals along with fly-fishing equipment and professional instruction. After six days on the water, veterans return home equipped with gear so they can continue the sport.

A Bozeman-based fishing gear company, Simms, produced a limited edition wader to support the organization, with the goal of raising $100,000 for the program.

The national conservation organization, Backcountry Hunters and Anglers, will host their 5th annual Rendezvous in Missoula, Mont., in support of their mission to defend public lands, water and wildlife. The event, which takes place April 1 to 3, 2016 at the downtown Holiday Inn, will bring together hunters and anglers from across the country for lectures, a brew fest and additional events focused on the defense of wild country. Steven Rinella, from “MeatEater” on the Sportsman Channel, will be the guest speaker. In addition, event-goers can anticipate presentations by local and legislative luminaries and conservationists. There will also be venders with all the latest gear and beer from across Big Sky Country. A banquet dinner will be complemented by a live and silent auction and music.

Artists, collectors, volunteers and enthusiasts will gather in Billings, Mont. on March 5 for the 48th annual Yellowstone Art Museum auction. The auction will feature a juried selection of works by familiar and emerging regional artists in styles that range from Modern to traditional Western.

The theme of this year’s auction is fire, and the museum will be “ablaze” in vibrant red, orange and yellow decor, says special events coordinator Kat Healy. She notes that a flamenco-jazz band will provide live entertainment, alongside a live and silent auction, quick draw, cocktails and hors d’oeuvres.

Highlights include new works on glass by Carol Hagan, whose oil on canvas Head Honcho received the top bid during last year’s auction at $12,000. The museum’s artist-in-residence, Neil Jussila, and painters Theodore Waddell, Ben Pease and Larry Pirnie are among the 177 artists exhibiting work for sale. Between 50 and 100 percent of proceeds are donated by artists to the museum to help with exhibitions and educational programs in what is the museum’s most significant fundraising event.

Works are on display to the public now through the March 5 auction. Advance tickets are $95 per person and $105 at the door.

Founded in 1992, Redington creates quality gear to make time spent on the water more enjoyable. The company’s new Palix River Wader ($169.95) features three-layer construction with reinforced knees and high-density booties. Equipped with all the essentials — a gravel guard, waist belt and suspenders, along with a single chest pocket and two hand-warmer pockets — the Palix is a solid wader at a reasonable price. Pair it with Redington’s Prowler Boots ($145.99), which couple performance with a modern appearance. The design is strong yet lightweight, with wide soles and quick-drying, quick-draining synthetic materials. The combo is a match made in heaven for anglers looking to spend long days on the river in comfort.

At Sage, everything is done with one goal in mind: master the art and science of fly fishing. And when it comes to rods, the company takes a threefold approach: design, research and production. The Sage MOD rod ($850), made for moderate action in freshwater, is optimized for the distances most often encountered by the trout angler. On the Sage spectrum, it falls between the deep loading CIRCA and fast action ONE, excelling at measured distance to deliver delicate presentations with pinpoint accuracy.

Made for the angler-on-the-go, MindShift Gear’s rotation180° Panorama backpack ($199.99) provides instant access to fishing gear, even while standing mid-stream. The lower portion of the pack rotates to the front for quick access to fly boxes, a spare spool, reel or necessary tippet. Afterward, it can be swiveled back and locked into place. The upper portion of the backpack offers plenty of space for additional items, the side pocket can hold your rod tube, and an exterior center pocket stores an additional rigged rod. Lightweight at less than 3 pounds, the Panorama backpack is available in two colors, charcoal and Tahoe blue.

Alpacka Rafts of Mancos, Colorado, has established itself among the leaders of packable rafts worldwide. Creator Sheri Tingey and her crew make handcrafted, whitewater worthy rafts for all situations. The Yukon Yak ($895 to $970), their most popular craft, has proven features for those who prefer long-range trekking, from sheep hunting to rafting in the Grand Canyon. The upturned bow produces quick turns, is easily ferried and can punch through big waves; the stern is designed for speed, stability, tracking and comfort. Yaks come in a variety of colors
and can be widely accessorized.

Smathers & Branson has designed hand-stitched needlepointed accessories for stylish anglers.
Whimsical and crafted with obvious care, the company’s line includes everything from wallets ($115) and coasters ($75), to flasks ($65) and key fobs ($28.50), all detailed with beloved fish and fly motifs.

Every Kid in a Park

The White House, in partnership with federal land management agencies, is commemorating the centennial of the National Park Service by launching a special initiative to encourage children and families to get outside and appreciate the great outdoors. The program, Every Kid in a Park, entitles all 4th graders in America to a free park pass, which grants admission for one’s family (or an entire car-full) to all U.S. national parks, forests, monuments and wildlife refuges. The Every Kid in a Park program is available to all 4th grade children through
August 31, 2016.

In Bozeman, Mont., the Museum of the Rockies will host their popular TwoFly event September 9 and 10. The fundraiser sends anglers and guides out on the blue-ribbon trout streams of southwest Montana to catch fish — only using two flies —  in support of the museum’s All Things Yellowstone program. The event concludes back at the museum with an awards ceremony and dinner at the Living History Farm. New to this year’s event is an optional day of golfing on Friday before the welcome party.

Sage Grouse Populations on the Rise in Wyoming

New data on the Wyoming sage grouse population reveals bird numbers should continue to grow in the coming year. There were 1.7 chicks per hen in 2015, the same as 2014. This ratio is the highest documented since 2005, and more than double the recent low of 0.8 chicks per hen noted in 2012.

Hunters helped the Wyoming Game and Fish Department with data collection by voluntarily depositing wings in barrels scattered across central and southwest Wyoming.

“It is good to see that sage grouse numbers are still climbing. We know populations are cyclical, and we are in a wet period that benefits sage grouse and their habitat,” says Tom Christiansen, sage grouse program coordinator for the Wyoming Game and Fish Department. “We appreciate hunters who provided wings. Their participation helps us manage the bird and build on previous years’ data.”

Generally favorable moisture patterns this past spring and summer provided better than average conditions for chick survival. During their first month of life, newly hatched sage grouse chicks rely on a high protein diet provided by insects. Spring and summer rain leads to increased grass and forb production, which in turn leads to more insects available for young birds.

This latest information supports earlier documentation that also suggests an increase in sage grouse in 2014 and 2015. 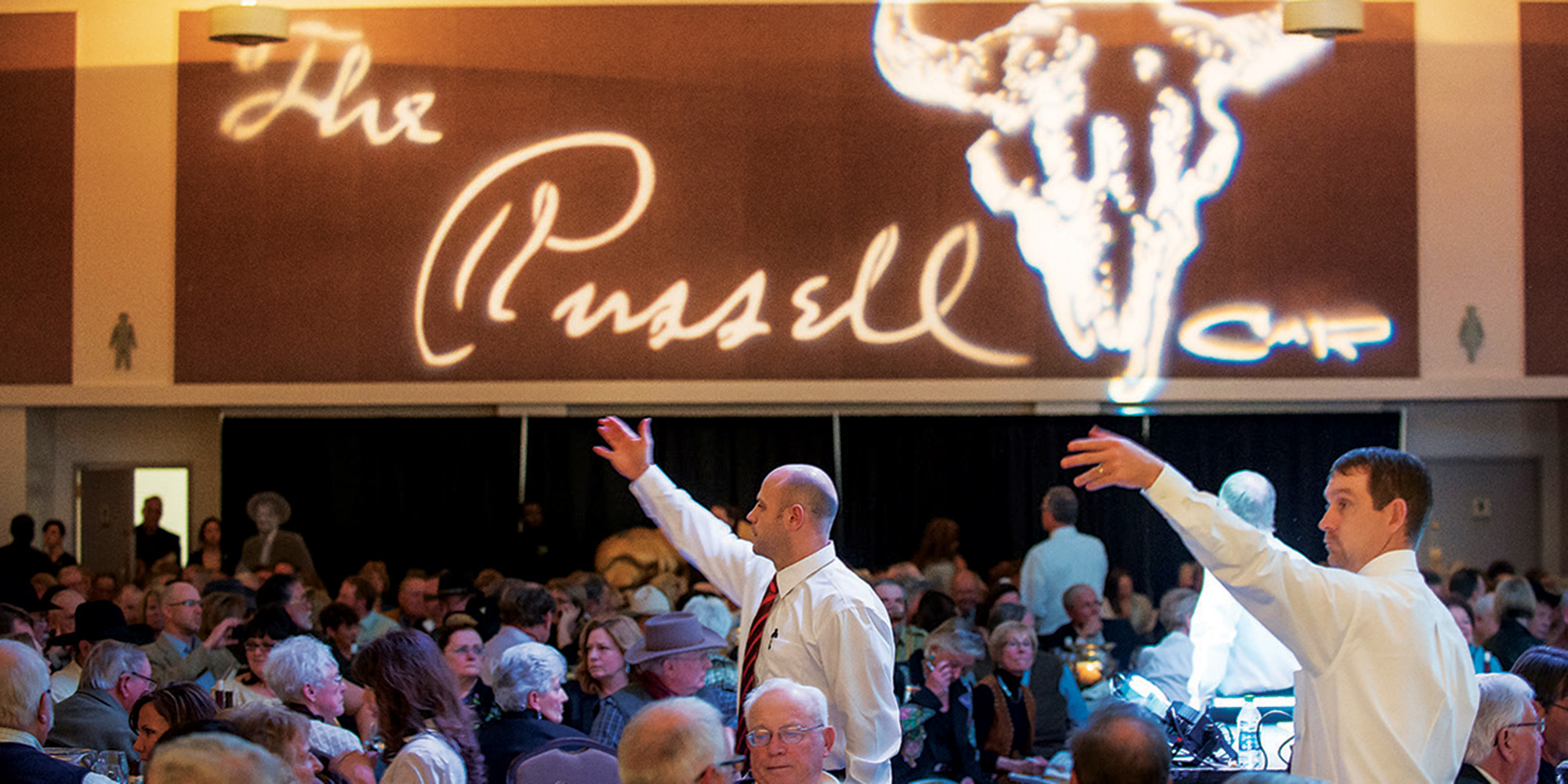 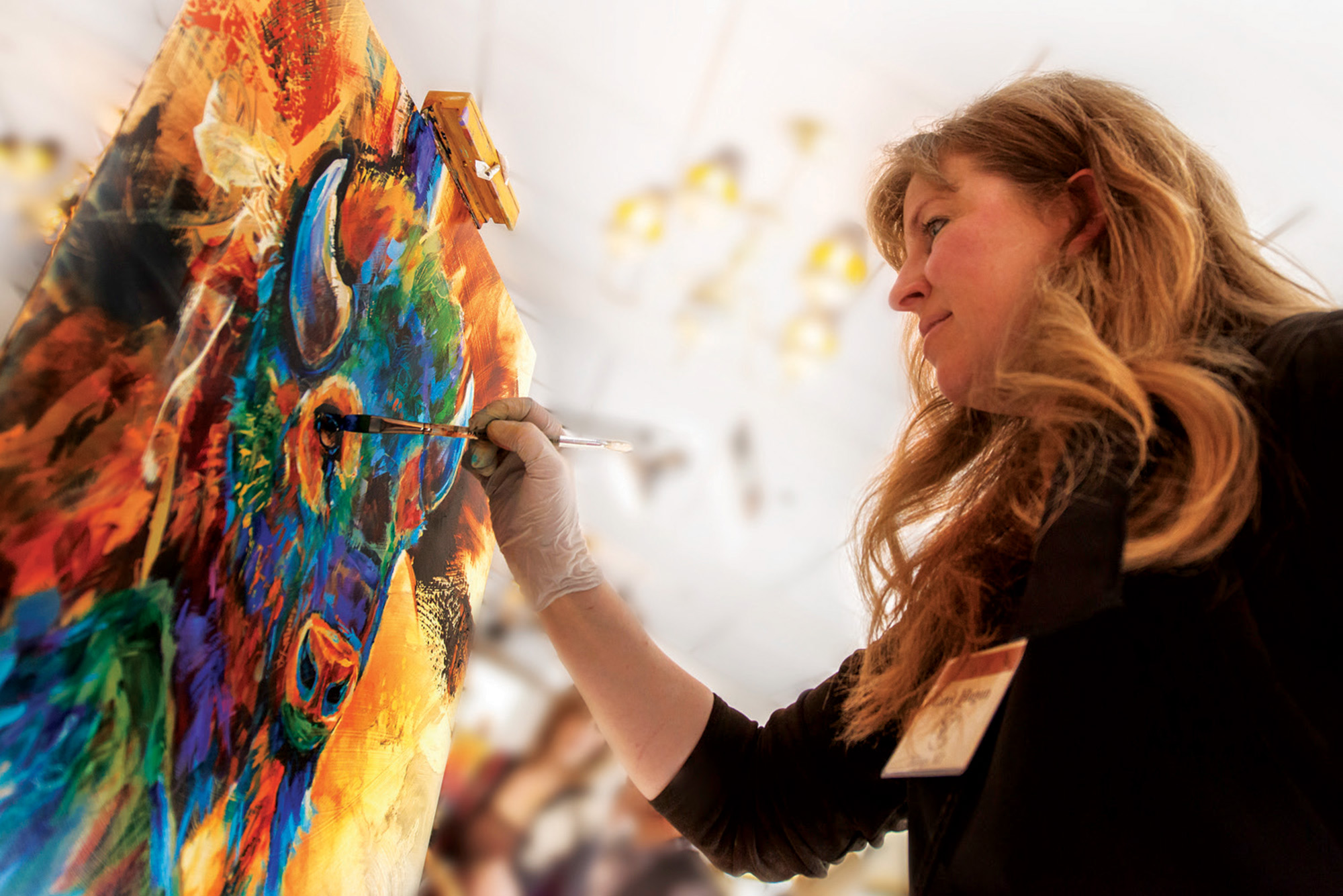 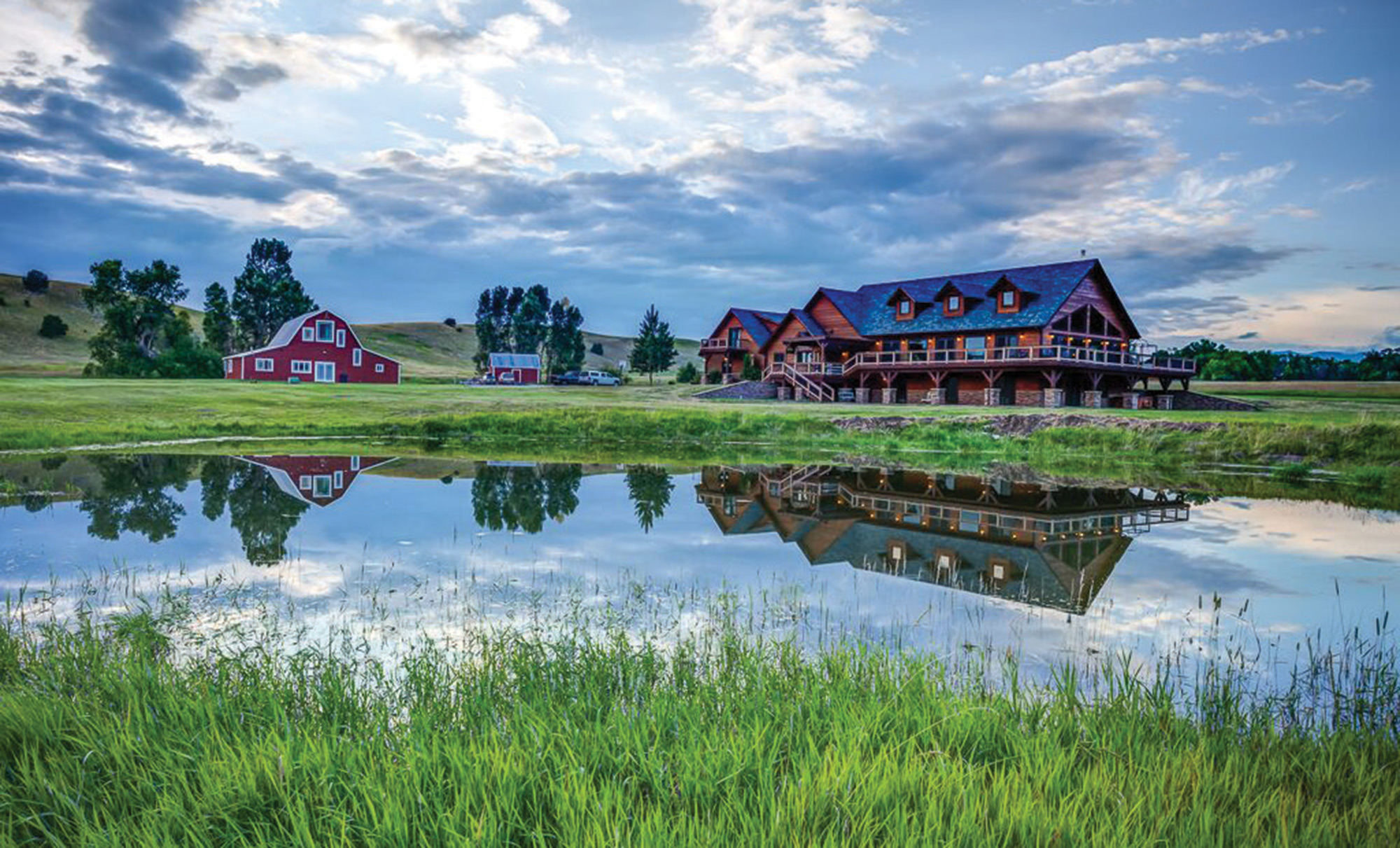 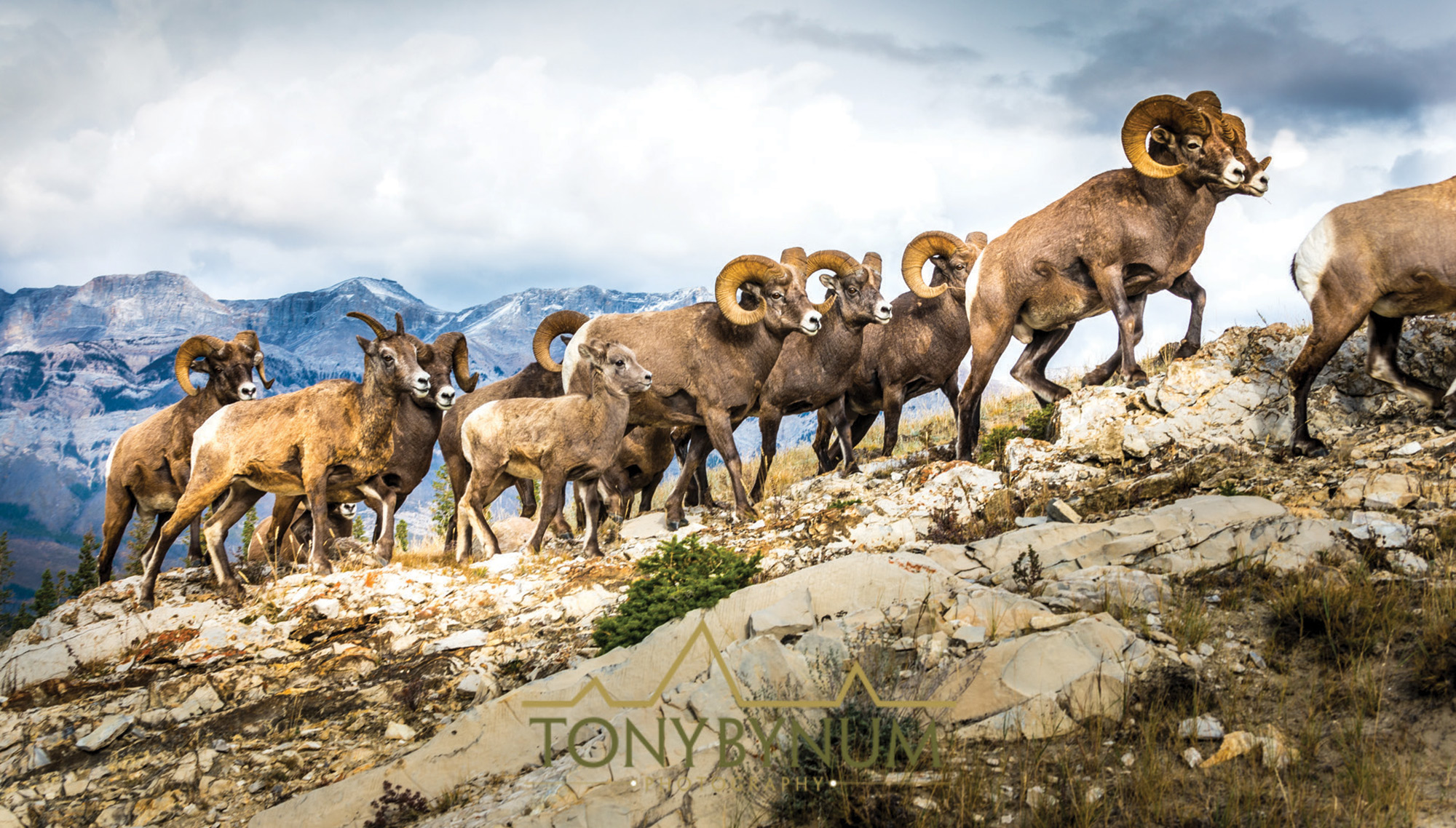 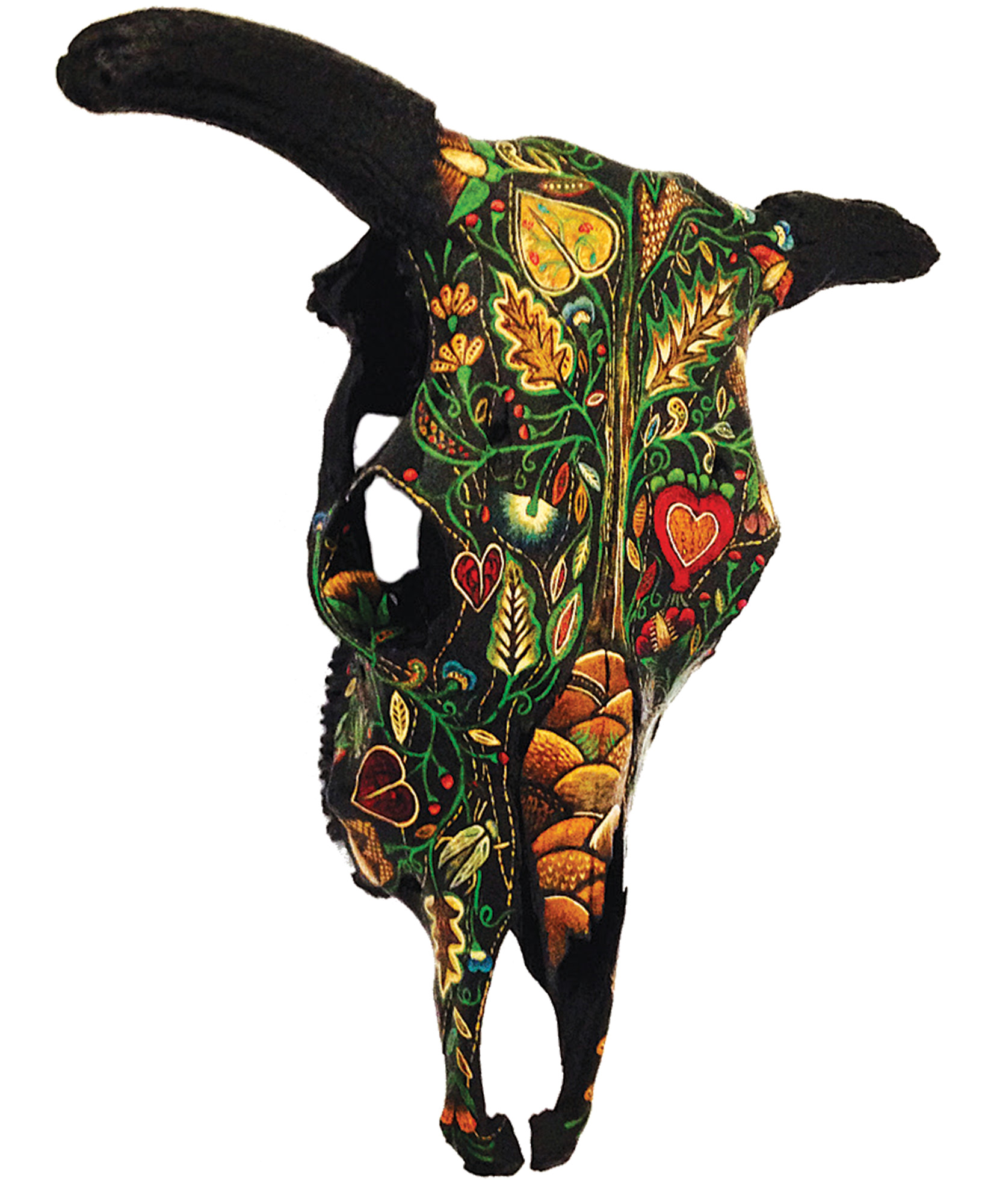 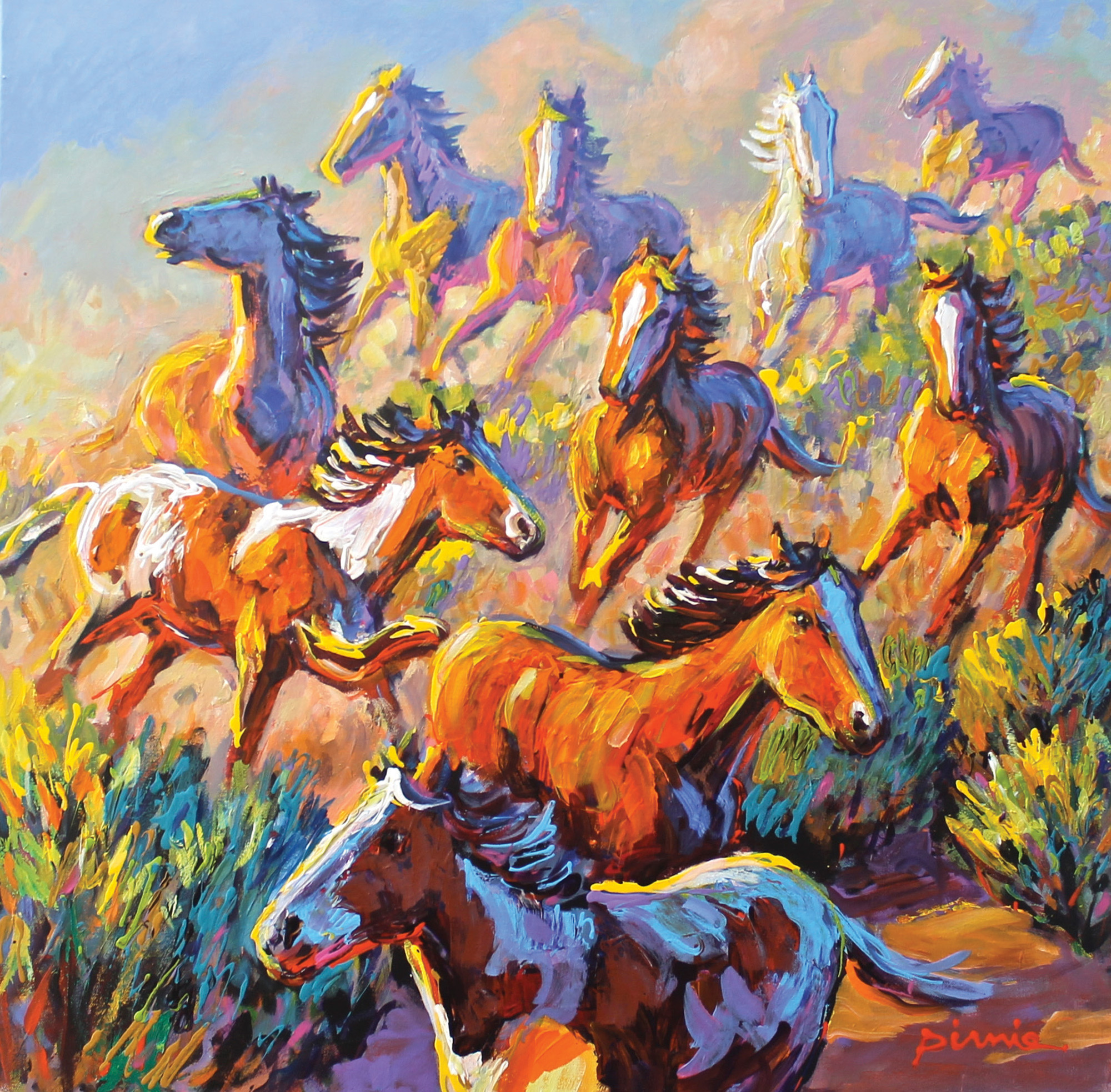 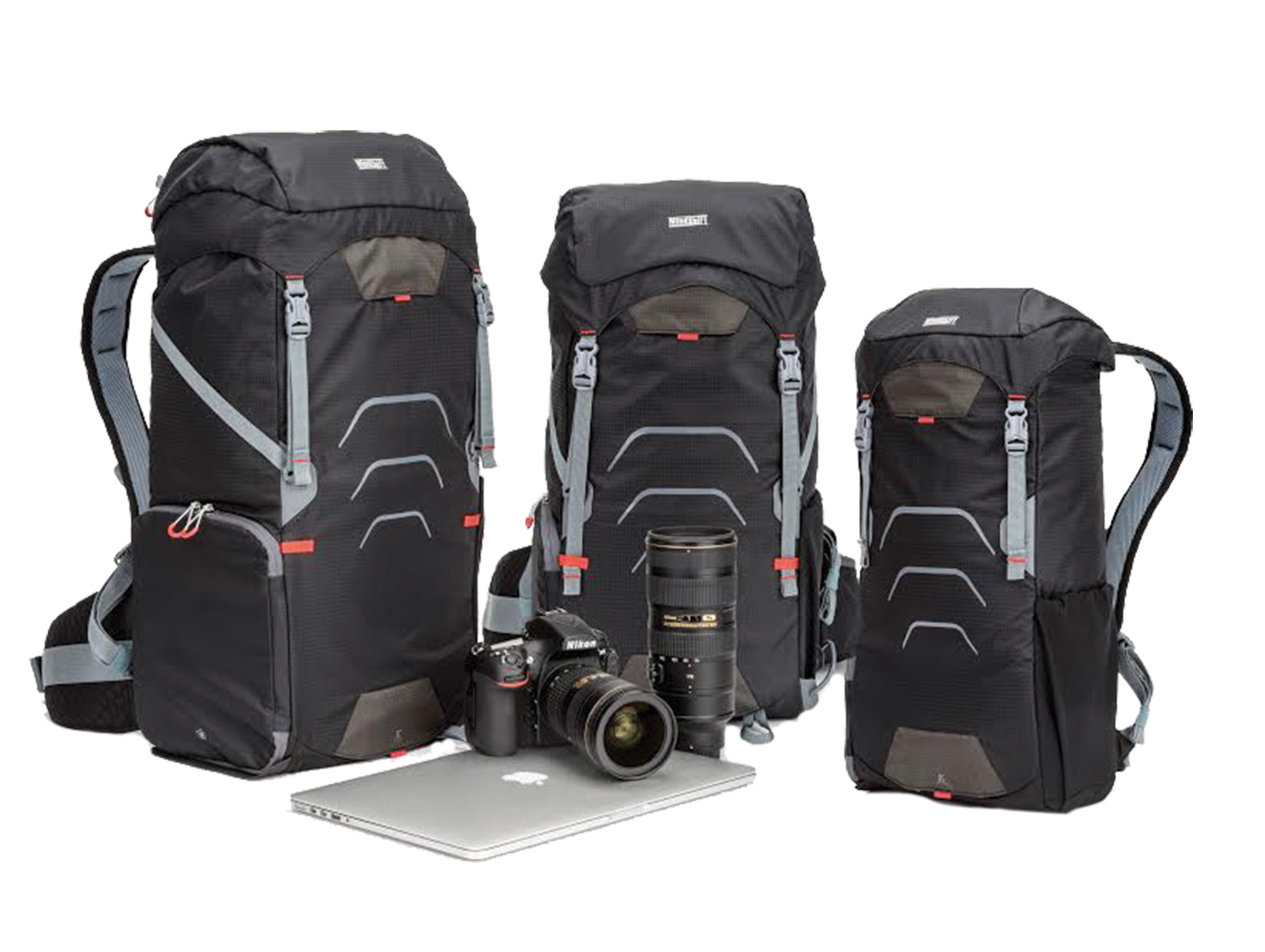 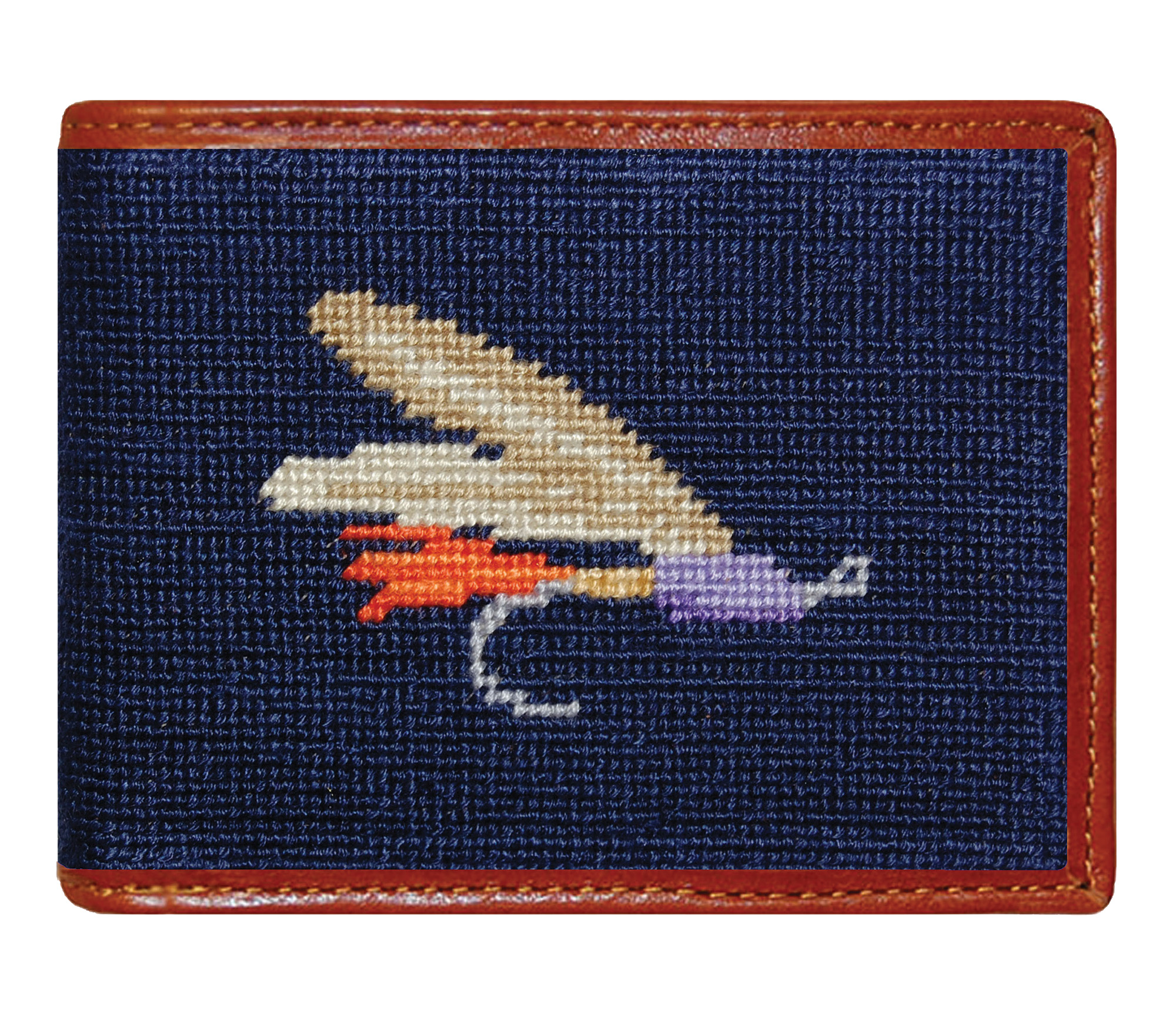 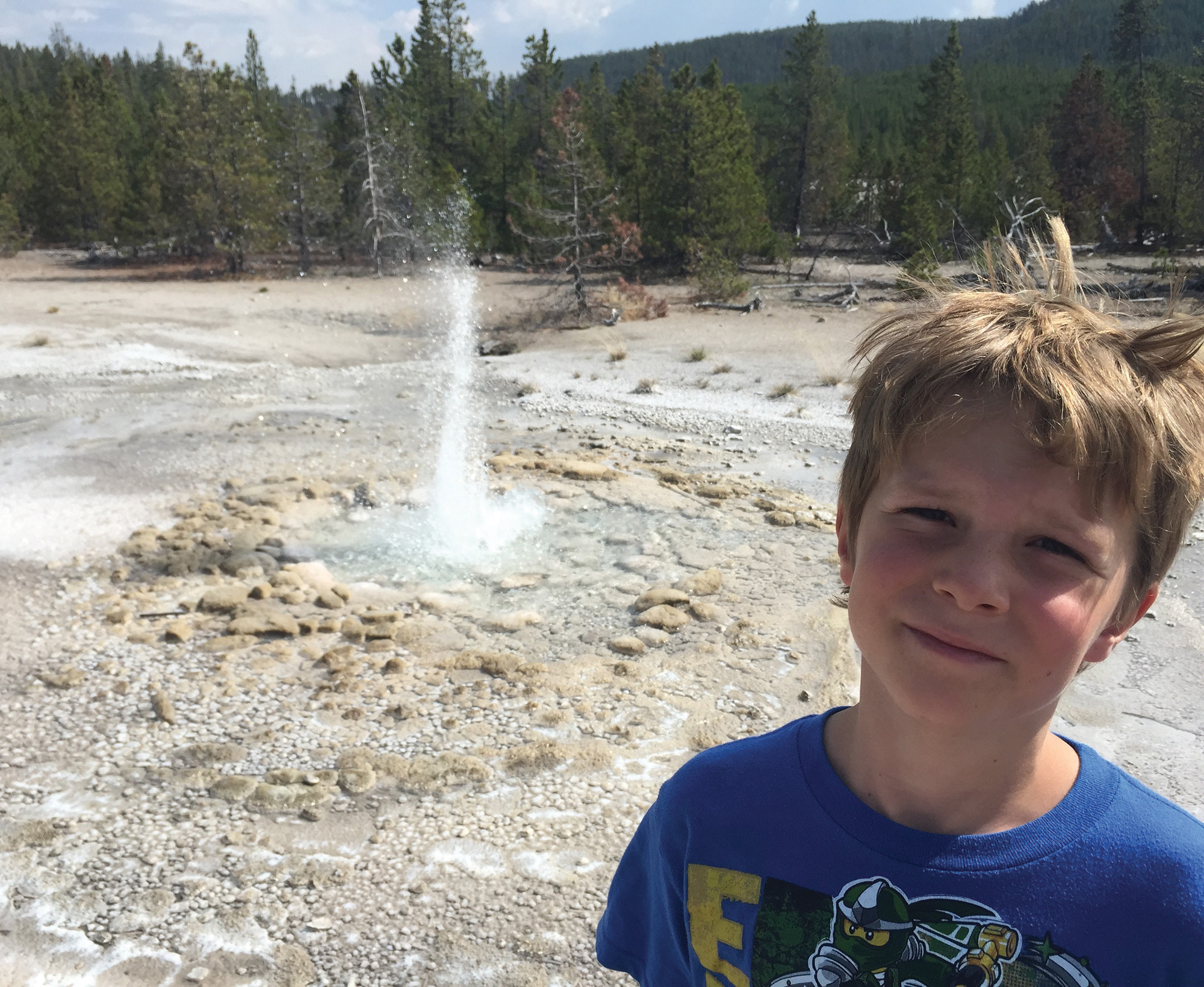 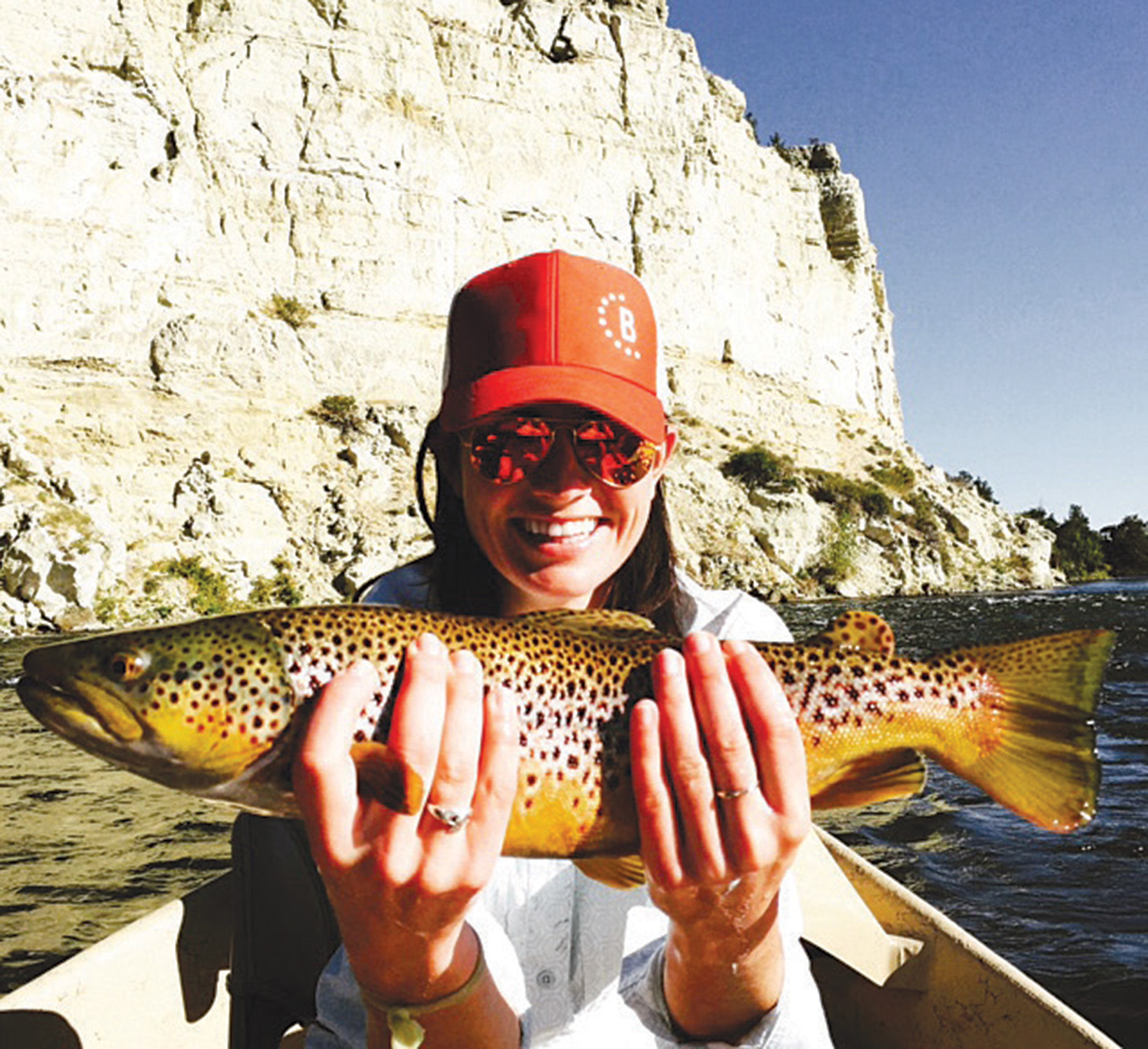 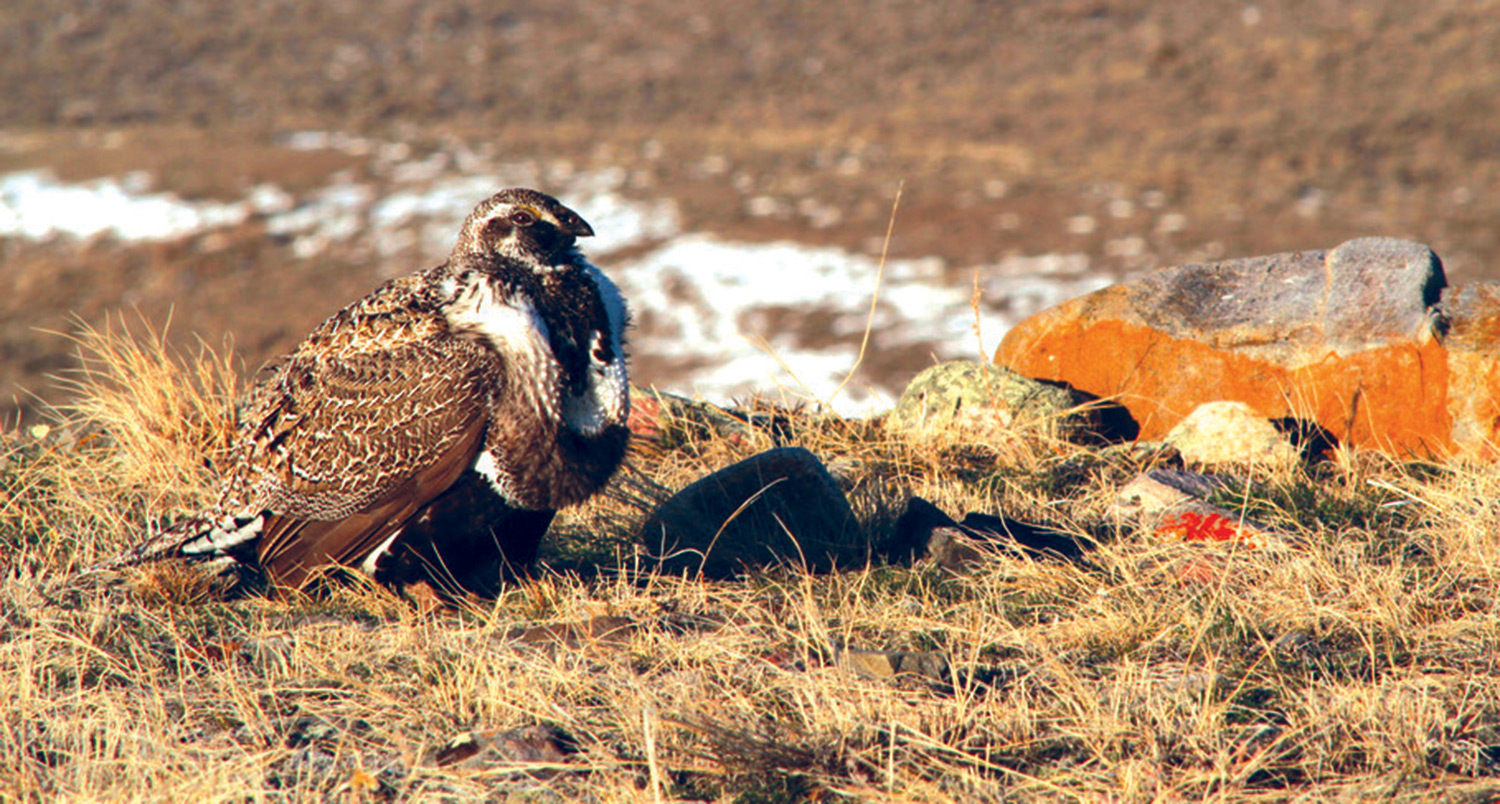 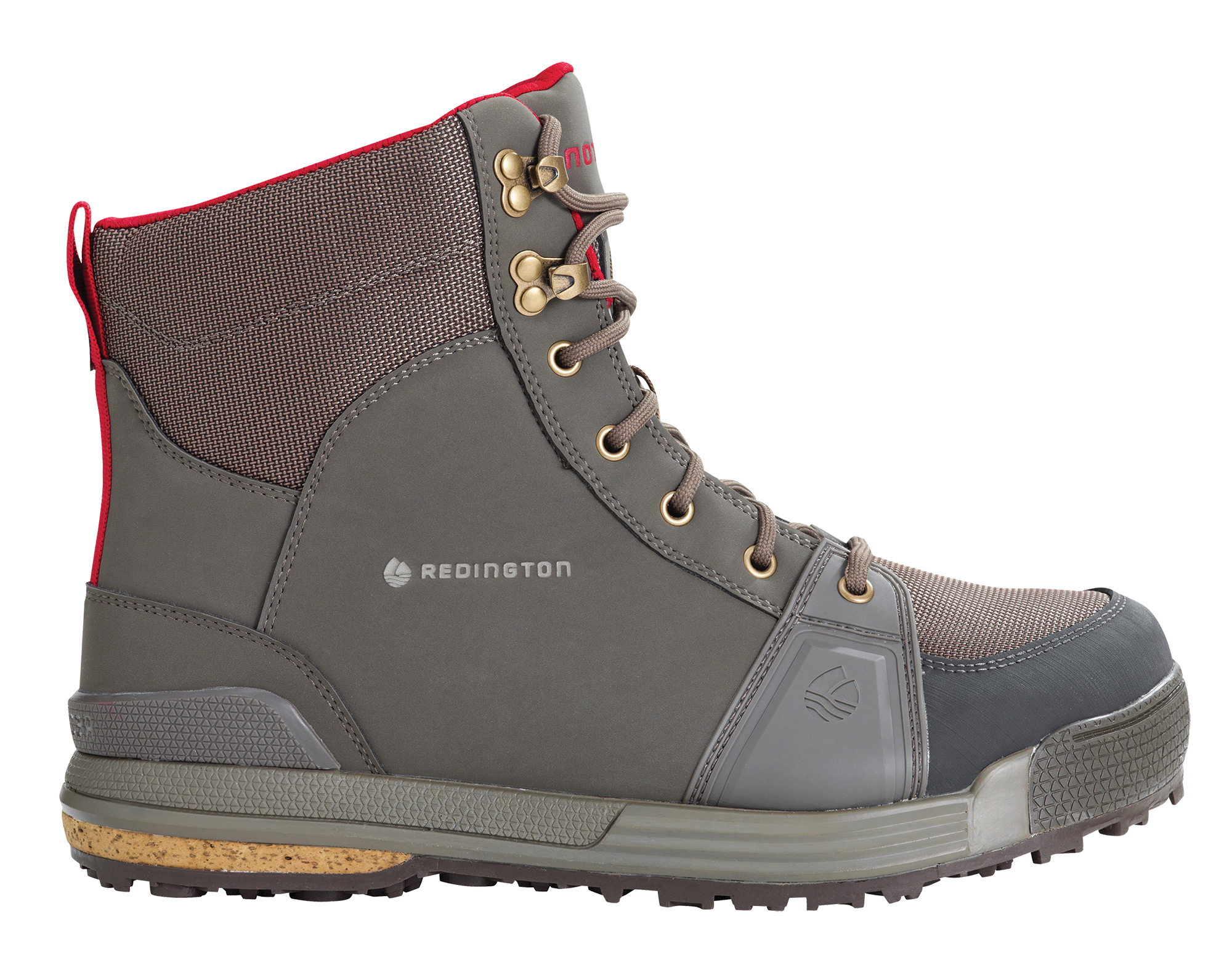 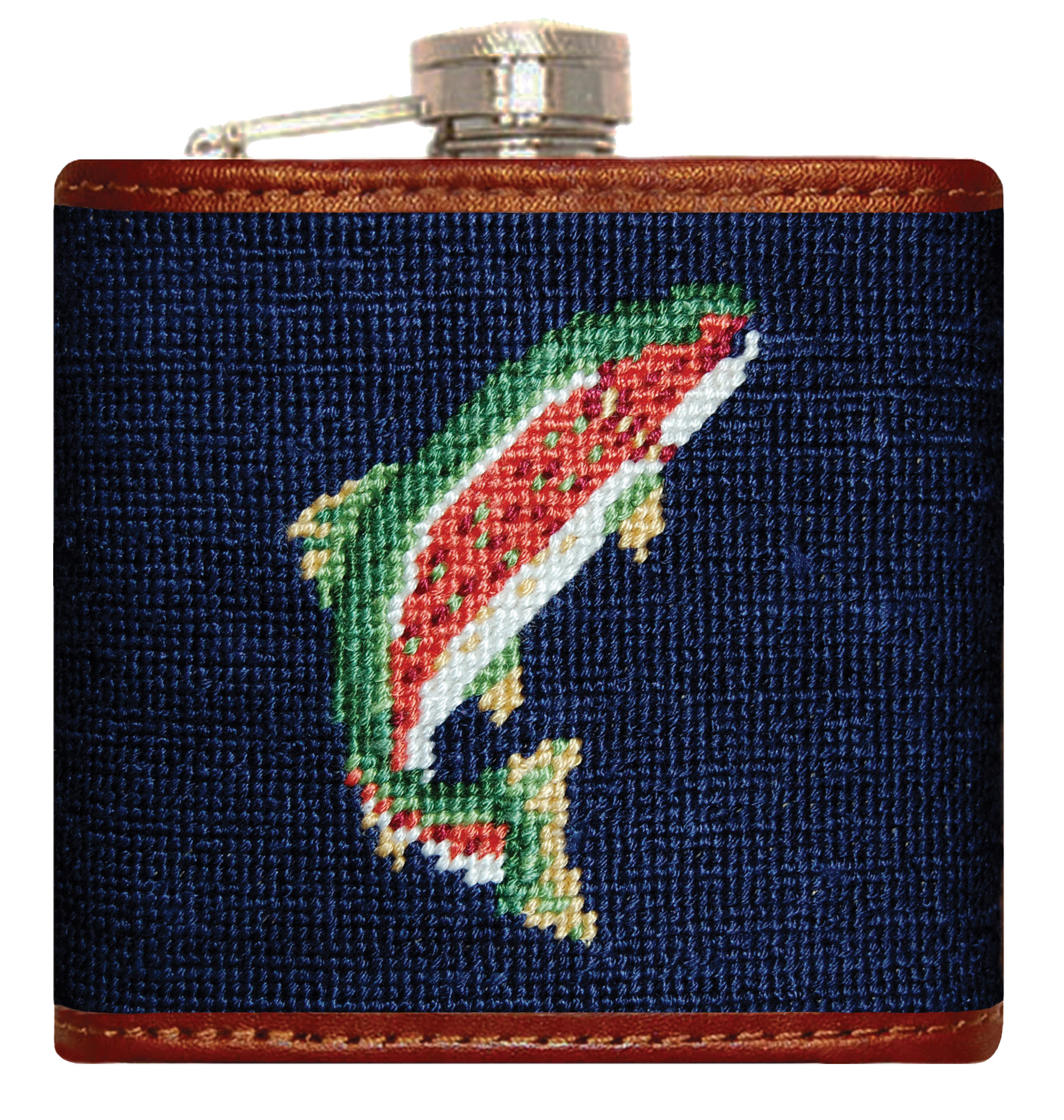